The 2020 Film Festival has been postponed due to the extension of Phase 2 reopening and increasing cases of Covid-19 in the state of North Carolina. Please check here or our website for new dates once they become available.

We hope everyone is staying safe at this time. CFIFF 2020 is still scheduled for July 30-Aug 1. If event cancellations extend into July, we will let everyone know when we have new dates. In the meantime, we have extended our Regular & Late Deadlines. You can still submit your film at our Film Freeway site here https://filmfreeway.com/CapeFearIndependentFilmFestival

Don't miss the WORLD PREMIERE of "The Tattooed Heart" starring Jennifer Morrison (Once Upon A Time) tonight at 6 PM - playing with "Abigail Falls".

Dean Garris is in the house. Catch his film “Hot Questions” and 6 other great NC shorts tonight at Ironclad Brewery. Movies start at 7pm!

Remember this boat? Check out THE ICEHOUSE documentary by Michael Raab this Thursday night at 7pm at Ironclad Brewery. Part of the CFI Film Festival's NC FILM BLOCK. Tickets available online (hit the SHOP NOW button) or at the door.

A huge thank you to Adrienne Gruben for the wonderful flowers!

Her film "Lily" is part of the Sign O' The Times documentary block on Friday at 5:30 pm. Go to www.capefearfilm.org to get your tickets now! You don't want to miss it!

Hello all! We are still looking for a few volunteers to help out at the festival this weekend - June 6-7-8. Email your info to [email protected] or reply to this post. Snag a free T-shirt, get free tix to movies and make friends with a filmmaker. Screening schedules are at www.cfifn.org

Tickets available now at our FIlm Freeway site! Get movie and venue information at www.cfifn.org

It's time for the 19th Annual Cape Fear Independent Film Festival. CFIFF or cape_fear_indie_film_fest, is a longstanding tradition in Wilmington, North Ca...

Don’t miss this film. It’s paired with an equally exciting Feature - “Ascension”. You get a lot bang for your buck with this one!

The LOCAL episodes are taking the show on the road and will be popping up in film festivals around the world. We are excited to announce "Abandoned" will be screening in the Cape Fear Independent Film Festival in Wilmington, North Carolina Friday, June 7th!

The 2019 festival is set for June 6-7-8 and we are looking for volunteers. Email your info to [email protected] or reply to this post. Snag a free T-shirt, get free tix to movies and make friends with a filmmaker. Screening schedules are at www.cfifn.org

Thanks to Hunter Ingram and the Star News for taking an interest in local film history.

Your last chance to submit to the 2019 Cape Fear Independent Film Festival is fast approaching. Submit your film today. Hit the SHOP NOW button to go directly to our Film Freeway page.

The Cape Fear Independent Film Festival is 18 years old this year and we are going to party like it's our birthday! CFIFF or cape_fear_indie_film_fest, i...

🥂 HUGE THANK YOU to our sponsors Misterbartenderportcity and Covington Sweet Potato Vodka for being our amazing sponsors for our prom party!!! 🥂

If you are looking to throw a party - they are the guys to hire!!! We were amazed by their professionalism, dedication and amazing drinks! Go give them a follow and see what you’re missing!!! • Thank you!!! 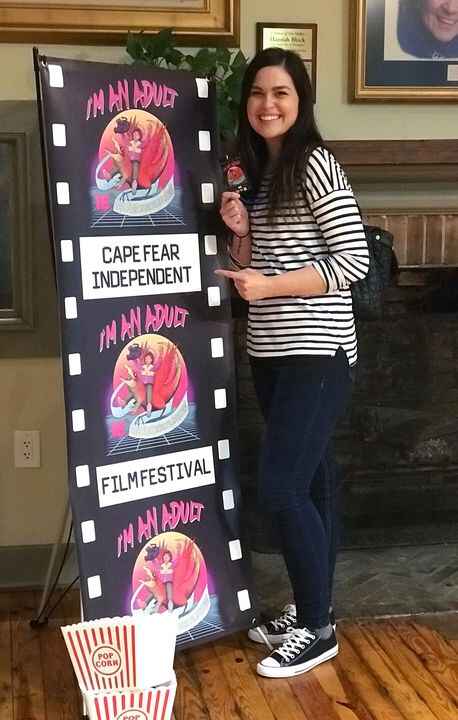 And The Winner Is...

🍭🥂🎈 About Last Night 🍭🥂🎈
I will leave this here as a sneak peek of what happened last night! The winners will be posted here shortly for those who couldn’t make it!

Our prom party was a success and our film festival even more! • Thank you to all our filmmakers for coming from all over, to our volunteers and our sponsors! The party was sponsored by Misterbartenderportcity and Covington Sweet Potato Vodka Cheers!!! Photo by Janet Adamson

Maximum Props to all of the people who showed up to volunteer this weekend and all of the businesses that sponsored the Festival. We can’t do this without you. And thanks to all of the filmmakers who submitted this year. The competition was fierce and the films we showed were amazing. Thank you all for making our 18th year the best one yet.

🎥 Actor Shane Callahan killing it on screen (as usual) in Local Wilmington Film no name Maddox by Glenn Pack and so many other phenomenal local actors! Great job guys! 🎥 Screening at this very moment!!!

🐕 We have pups in the house today! 🐕 with Canines for Service and Project Home: The Next Battle screening at 5:30PM! The movie is about rescue dogs who are trained to become Service Dogs.

Get your tickets here!!!

Political and Environmental Block at 12:30
Amazing documentaries with the filmmakers!!

Wilmington people, come learn more about GENX!!!
Get your tickets here or at the door!

🎥 Speaking of actors... come watch Butterfly Caught with us and the filmmakers who flew from LA to come meet you! The producer is a UNCW graduate! Check out the trailer! At 5:30 PM today!!!

website: www.butterflycaughtmovie.com Three aspiring young women (Naomi, Joe, and Elsa) set out to break into the competitive world of acting in Los Angeles....

Hear about the acting business from professional actors. Our actors have been on tv shows and movies such as The Walking Dead, I, Tonya, Stranger Things, Hidden Figures Tully, House of cards, The Longest Ride, The Vampire Diaries, One Tree Hill and so on!!!

Joins us today for the panel and get 1 free screening of your choice for our films! Get your tickets here!! Only 10$ for the actors panel and a free movie screening! is gonna be in the building all day tomorrow! Come get your vintage lamp made by local artist Benedict Fancy! They’re awesome!!!

💕August in Berlin is a beautiful film about a French Canadian woman meeting a German man in Berlin. Sooooo good!!💕

Two beautiful short films about the writers grandmothers. Set in the 40s &50s

Filmmakers and All Access Pass holders....the lounge is open!

Get your tickets here and at the door!

ALL LIGHT WILL END
(FEATURE FILM) by Chris Blake

Get your tickets here!!!
https://filmfreeway.com/CapeFearIndependentFilmFestival/tickets

Watch the new teaser trailer for ALL LIGHT WILL END, the debut film from Writer/Director Chris Blake. NEWEST VIDEO! ► https://bit.ly/2GWzo1o My Youtube Chann...

Be the first to know and let us send you an email when Cape Fear Independent Film Festival posts news and promotions. Your email address will not be used for any other purpose, and you can unsubscribe at any time. 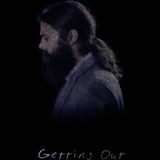 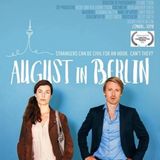 💕 August in Berlin is about a German man and a Canadian woman meeting in a Berlin cafe 💕 A MUST SEE on Saturday June 16th @ 12:30pm. Two amazing NC short films Faded Love ~ 1950s & What Lies Unopened ~ 1940s will be screening with this feature. All 3 films were written by women! Play the slideshow to see their posters! This block is amazing! You have to come! Tickets for sale here 👇🏽 https://filmfreeway.com/CapeFearIndependentFilmFestival/tickets Block Name : The Things We Do for Love The director of August in Berlin, Becky Smith is an Emmy-nominated director. She has directed reality pilots and series for networks including MTV, BRAVO, NBC, ABC Family, Fox, Disney Channel, History Channel and PBS. She is an alumnus of the Directing Workshop for Women at AFI. She is a full professor in the UCLA MFA directing program.

ACTORS NEED FOR FIGHT SCENES!!!
Hello... this is a Casting call!!!

Filming will soon take place for a new crime vigilante thriller film! The Void-Walkers is about a skilled security force who take on cases for the police, one of which involves a missing boy joining a drug trade.

We are looking for actors to perform in epic fight scenes! The fight scenes themselves will not be too extraneous focusing on simpler forms of combat such as jabbing and their will also be prop weaponsninvolved!

For the practice sessions we are very fortunate to have two individuals who have stunt backgrounds! The training will place safety first and be at a beginning level.

This will be non-paying, but the experience will be more than worth it!

Please send a text to my messenger or text me at 919-753-8505! Thank you.
RHODYWOOD is a platform to post your annoucement to. We also provide space to host your film and other entertaiment needs
We welcome you to click on the link below to help expand and post your announcemnts to https://www.facebook.com/groups/2407255816209494
I love the talent that I’m seeing in these independent films! I just watched an independent film called Empathy, Inc. that starred Zack Robidas, and I was blown away by the details in the acting and cinematic elements. It’s a sci-fi thriller that brings up a new concept of extreme virtual reality, where a person can see and feel as if they are someone less fortunate. It has elements of mystery, suspense, with real-life problems thrown in as well. I’d really recommend it, and it’s already on Amazon and iTunes!
Free event with a Q & A to follow!

We are so happy for you!
Fulvew Productions episode of Local: The Series, "Abandoned", took home the BEST HORROR award from the Cape Fear Independent Film Festival last weekend. It was an honor to be a part of the program and to be given this award. Congratulations to everyone involved in the creation of "Abandoned". We couldn't have done it without the support of the entire cast and crew.
"THE ICE HOUSE - A LEGENDARY LANDMARK LOST" was nominated for Best NC Film. Producer Michael Raab is shown in a selfie outside of the Hannah Block Community Arts Center with longtime friend / Working Actors Discussion Panel Host / fine blues singer Michele Seidman
Audrey Jones accepting award for The BIG Question - a short film! Thanks for all of the support and great feedback!
Thank you!!!
Best photobomb of the night haha
https://www.patreon.com/urbanmeals
https://www.patreon.com/urbanmeals
x

Other Arts & Entertainment in Wilmington (show all)