Outdoor concert venue and event center on the water. The Shell will offer an unforgettable experience perched on the water located in the Port City Marina.

With a breathtaking waterfront location, The Shell will host concerts and private events, while being surrounded by water on three sides and is within walking distance of the beautiful city park. From intimate cocktail parties and corporate luncheons to lavish wedding receptions and concerts under the stars, The Shell's experienced staff will help you create a distinctive, unforgettable event. Wit

With a breathtaking waterfront location, The Shell will host concerts and private events, while being surrounded by water on three sides and is within walking distance of the beautiful city park. From intimate cocktail parties and corporate luncheons to lavish wedding receptions and concerts under the stars, The Shell's experienced staff will help you create a distinctive, unforgettable event. Wit

Wishing you and yours a very happy Thanksgiving. We have so much to be thankful for, especially you. Cheers!

Honoring those who serve this great country of ours, Happy Veterans Day!

It's a beautiful day for a concert with Dwight Yoakam! We are finishing up the set up now - see ya soon!

Who wants two VIP tickets and a Meet and Greet with Dwight Yoakam tonight (Oct 28)? Just tag your friends in the comments below and tell us why you need a night out on the town tonight! Winner announced at 4 pm today! Get your tickets now before they're gone at: https://www.ticketfly.com/purchase/event/1546204

Tonight is the night! If you're still deciding what to do for Halloween, we got you! Come on out to The Shell on the Pier to see DWIGHT YOAKAM live in concert! It's a show you don't want to miss! Walk up tickets available or secure your tickets now and save at: https://www.ticketfly.com/purchase/event/1546204

Celebrating Lighthouse Beer & Wine's 16th Annual Beer and Wine Festival? Then don't forget to visit us here at The Shell for the official after party and Dwight Yoakam!

Just 7 more days until the legendary Dwight Yoakam takes the stage! Make sure to grab your tickets for this big Halloween Bash on the water before they are all gone! ticketf.ly/2h1uMHb

Dwight Yoakam is coming to town! Have you purchased your tickets yet?! Lock them in now before they are sold out. Enjoy a night of rocking country on the water at the Shell! >> http://www.ticketfly.com/event/1546204

Throwback to Aaron Lewis, what was your favorite song he performed?!

We can't wait to see the stage all lit up again on Oct. 28th for Dwight Yoakam! Purchase tickets here: http://ticketf.ly/2h1uMHb

Just one month until Dwight Yoakam! Grab your tickets: http://ticketf.ly/2h1uMHb

You all sure know how to pack the house!

Who's ready for Dwight Yoakam on October 28th? Don't forget to grab your tickets now! http://ticketf.ly/2h1uMHb

On October 28th, Dwight Yoakam will be performing "A Thousand Miles From Nowhere" just a few miles away from you! Buy your tickets today.

What Dwight Yoakam song are you looking forward to the most? We love Guitars Cadillacs! https://www.youtube.com/watch?v=9DkcQ09h2Vo Don't forget to purchase your tickets: http://ticketf.ly/2h1uMHb

Lyrics Girl, you taught me how to hurt real bad And cry myself to sleep And showed me how this town can shatter dreams Another lesson 'bout a naive...

Have you gotten your tickets yet for Dwight Yoakam?! He's performing live on October 28th. Purchase tickets here: http://ticketf.ly/2h1uMHb

Today we remember those who lost their lives 16 years ago and honor those who made the ultimate sacrifice. We can never thank you enough.

Let's be real... all of Willie Nelson's songs are good! Get your tickets to see Willie Nelson on September 5th!

Willie Nelson will still be performing live on September 5th. Grab your tickets while you still can! https://www.ticketfly.com/purchase/event/1525084

We sure do love a good crowd! 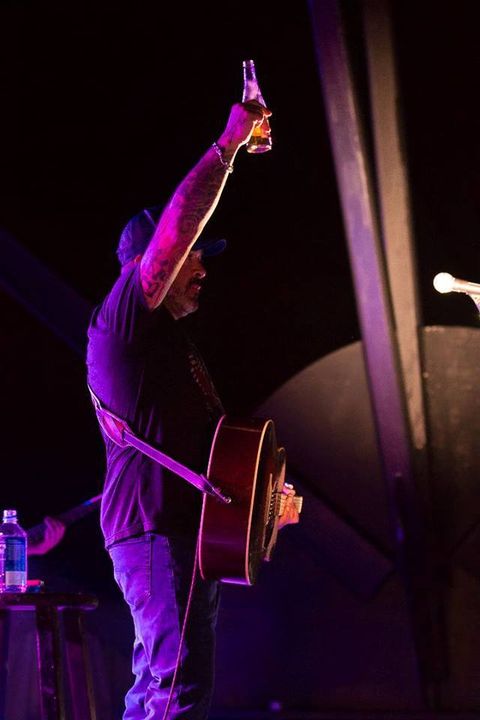 Cheers to the weekend!!

Dwight Yoakam ticket now available for sale! Get yours before they're all gone! http://www.ticketfly.com/event/1546204-dwight-yoakam-wilmington/

Join us tomorrow for Alive After Five featuring Straight Fire!

And you can do just that this Thursday at Alive After Five. It was certainly a great night for a show!

That's right it's Thursday which means it's almost time for Alive After Five! Come on down and watch the band Spare Change live!

Artist announcement coming this friday! We're excited... are you?!

Come out tomorrow night for Alive After Five with Spare Change!

Already looking forward to this week's Alive After Five? So are we!! See you Thursday!

Be the first to know and let us send you an email when The Shell posts news and promotions. Your email address will not be used for any other purpose, and you can unsubscribe at any time.

Send a message to The Shell:

Tonight is the night! If you're still deciding what to do for Halloween, we got you! Come on out to The Shell on the Pier to see DWIGHT YOAKAM live in concert! It's a show you don't want to miss! Walk up tickets available or secure your tickets now and save at: https://www.ticketfly.com/purchase/event/1546204

Other Live Music Venues in Wilmington

I frequent this venue so I want to post favorable as well as unfavorable. They are still working out glitches as a new venue. But on a favorable note I took the time to contact management after some glitches with the Dwight Yoakam concert. I can report they made it right as best as they possibly could. I am going to keep going. Dwight rocked the house
Sad it isn't raining or sold out! Yet you have a tent up so no one can see in the back! For the price of tickets come on guys!
Hi guys ~ I know this will fall on deaf ears, but I have to try. With the closing of The Muse, next month's show for The Struts was cancelled. It would be amazing if you guys could try to pick that show up, especially since they were planning on being here anyway. If you don't know them, they are an AMAZING band who are about to begin touring with Foo Fighters, including The Anthem Grand Opening: Foo Fighters w/ The Struts {SOLD OUT}. You'd draw a good crowd and make a lot of disappointed people, including me, VERY happy. Please consider it. Thank you for your time and for bringing such great artists to Wilmington! ~ Allison
Any band playing tonight
Are bands still playing on Thursday nights?
When you pay that much for a seat you expect more than a hard plastic seat and something a little better than a porta- John for bathrooms as for seeing anything unless you are over six feet tall forget it will not be going back to the shell for any concerts
Really enjoyed Willie Nelson concert but the management here needs some help in their planning. Crazy getting in the door then bought a beer at first tent but told we couldn't walk to the next section which was selling beer not 20 yards away. Then there was a bar in the middle of the VIP seated section which meant we paid $150 to watch people buy beer and the security people there didn't care. We asked them about getting them to line up down the side aisle but they were more concerned with selling beer than they were people seeing the stage. After a bunch of complaints and Willie came on they finally closed those bars. They need to rethink their planning with events like this!!!
so...how come when you pay $150 for a seated ticket this is your view all night?
View at the concerts is horrible. They need a little more experience before holding large shows. My view of the Willie show
There was no one to answer phone. I had questions as to if you could bring chairs for general admission. Called for 2 weeks no answer. When we got in they said folding chairs OK, but would not let us out to get them. Not impressed.
Show started half a hour late. Not a good place if you have bad knees unless you can afford seated tickets or bring a chair.
This is a $70 ticket?! Thanks for inviting me to your last show ever.
Can we bring chairs to general standing area?
x

Other Live Music Venues in Wilmington (show all)