Second Star Theatre Co. is an nonprofit of community artists and supporters whose mission is to foster creativity and education through the performing arts

In the summer of 2016, concerned with the state of theater arts in Southeastern North Carolina, a group of arts professionals and patrons gathered, hoping to create a new organization of the performing arts; by the people and for the people. And in the spirit of following your dreams, Second Star Theatre Company was formed.

In the summer of 2016, concerned with the state of theater arts in Southeastern North Carolina, a group of arts professionals and patrons gathered, hoping to create a new organization of the performing arts; by the people and for the people. And in the spirit of following your dreams, Second Star Theatre Company was formed.

Hello folks!
Due to unforseen circumstances we will be postponing the Playfest to a later, TBD date. As soon as the TBD date has BD'd we will let everyone know.

Check it out! Our friends at Pineapple Shaped Lamps are having auditions for a hilarious musical.

Second Star Theatre Company is proud to present round two of our Miscast Cabaret Series! This time featuring teens and adults! Playing for one weekend only at Ronald Sachs Violins, on Castle Street. All proceeds will go toward SSTC's operating costs for the CFCC Summer Camp at the Wilson Center. Dir...

Come check out our Miscast this weekend and reserve your free seat today! 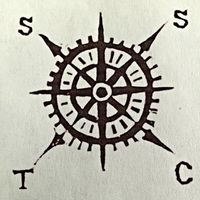 ANNOUNCING OUR DIRECTORS FOR THE CAPE FEAR COMMUNITY COLLEGE SUMMER CAMPS AT THE WILSON CENTER:

David Loudermilk will be our Camp Director/Choreographer for June 25-28 for BROADWAY BEGINNINGS for ages 8-13.

David T. Loudermilk is a graduate of Catawba College with a BFA in Directing, and minor in dance. Since graduating, he has performed both regionally and internationally at theaters, theme parks and on cruise ships. He has also served as an educator, artistic director and producer/investor (Broadway: Doctor Zhivago, Tuck Everlasting; West End: Memphis). Some of his favorite shows he has worked on include: Lady Day at Emerson's Bar & Grill, Green Day's American Idiot, Cats, A Chorus Line. He has received theatre awards from the American College Theatre Festival, North Carolina Theatre Conference and Star News Media. He will be attending Minnesota State University, Mankato in the fall pursuing an MFA in Theatrical Directing.

Kevin Green will be our Camp Director/Choreographer for July 9-12 and July 16-19 for BROADWAY BOUND for ages 13-17.

Kevin Lee-y Green (Director/Choreographer/Cultural Innovator) is a graduate of the University of the North Carolina School of the Arts. Prior to this accomplishment, Kevin trained with the Theater Dance Workshop, under the instruction of Broadway veteran, Judy Greenhut, and later trained under Nicole Bennett, at The Wilmington School of Performing Arts. Additionally, Kevin received vocal training under David Bass and Lynn O’Connell and piano training under Mary Sljaka. During his collegiate career, he studied the art of dance, intensely, for four years under the instruction of Trish Casey, Brenda Daniels, Dianne Markham, and Sean Sullivan. He has performed in the works of various artists, such as David Parsons, Camille A. Brown, and Janice Lancaster, to list a few. He worked closely with Broadway veteran, Gerald Freedman on a production of “West Side Story," which premiered at the Stevens Center and was performed in the Ravinia Festival in Chicago along side a performance by Patti LuPone, During many summers, Kevin served as a dance teacher, counselor, and camp director with “Broadway on Second Street ,” a children’s arts camp founded by Donna J.Green . Aside from his dance life, Kevin keeps busy choreographing and directing full-length musicals for many theater groups and competitive show choirs. Kevin,along with his later mother, founded a dance and theater company, TECHMOJA, with whom he stages some of his original works, along with musicals. The company's work has graced many stages along the east coast, such as Dixon Place (Manhattan, NY), Dancealorus (Cucalorus), NC Dance Festival, and many others. “I would like to thank my mother and my father for their belief in my talent andfor pushing me so hard and then catching me when I stumbled. I pause to thank God and ask him to take care of my wonderful parents-I know he will. I won’t quit until I’m a star. I love you both!”

ANNOUNCING THE PERFORMERS FOR MISCAST CABARET:

Featuring show-stopping numbers such as “Cell Block Tango,” “Maybe This Time,” “Gethsemane,” “I Am What I Am,” “And I’m Telling You,” “She Used to Be Mine” (from the Tony Award Winning new musical Waitress), “You’ll Be Back” (from the SMASH HIT Hamilton: An American Musical), and many, many more amazingly MISCAST performances!

You DO NOT want to miss this incredible group!

Performances May 4 & 5 at 7:30, May 6 at 3 At Ronald Sachs Violins. Free of charge, donations accepted and encouraged.

Thanks to everyone who came out to audition today! We have a wonderfully hilarious show coming together!!! We will send out emails and update everyone on the surprises and performances soon!

We are at Ronald Sachs Violins, waiting for your beautiful voices and talent!

UPDATE: Auditions for this evening are canceled. We WILL hold auditions for Miscast tomorrow, Sunday from 1-4 PM at Ronald Sachs Violins. If you were planning on auditioning this evening and cannot make tomorrow, please send us a message and we will work to accommodate you on another day next week.

Join us at Thalian Hall until 4 pm today!!! Christian Dionne and Alex Eakins will be operating the Second Star table!

Come see Murder Ballad TONIGHT for the final show! Tickets are available at the door!

Come to the final weekend!

Check this out! Buy your tickets now! http://www.starnewsonline.com/news/20180219/theater-review-rock-musical-murder-ballad-strong-on-sound-story

The show continues Feb. 23-25 at North Front Theatre in Wilmington.

Check out this review and come see us! http://www.starnewsonline.com/news/20180219/theater-review-rock-musical-murder-ballad-strong-on-sound-story

The show continues Feb. 23-25 at North Front Theatre in Wilmington.

Haven’t bought your tickets to Murder Ballad yet? Let this preview inspire you to!
http://www.encorepub.com/love-passion-murder-second-star-theatre-company-debuts-newer-musical-for-valentines-day/

We need Box Office and tech help, message us if you can volunteer! 😄

Get your ad in today and support Murder Ballad! Look below for some of the perks!

Don't worry, you still have time to place your ad in the playbill!

There is still some time to get your name in the Playbill! Show off your talent and support ours today!

Want to support local theatre and your local business? Put your name in our playbill! Here's how:

We are still accepting ads for Murder Ballad! This is a great way to get your company's name out!

Get ready for our next show!

Murder Ballad is a steamy exploration of the complications of love, the compromises we make and the betrayals that undo us.

Be the first to know and let us send you an email when Second Star Theatre Company posts news and promotions. Your email address will not be used for any other purpose, and you can unsubscribe at any time.

We stand with David Loudermilk, one of our amazing founders and the man who inspired it all. Act Two of Cry Baby is in honor of this wonderful man, educator, and friend. Many of our cast and crew had the privilege of working with him and hold his spirit with them during every show!

If you're as excited about Cry Baby as we are...join us on snapchat: secondstartc for a chance to check out our talented cast!

The next ten minutes

Congratulations cast and crew of Miscast! It was so fun. Thanks for a great evening!
Where can one hear the female singer who was the MC for the third karaoke night this summer at the Calico Room? Are there any links? I would pay to hear her sing! She sang Black Hole Sun the night I was there.
Hey, young people of Second Star...we're still looking for host families for this summer for French students. They are AWESOME people and it is an amazing experience! Dates are from July 29-August 13. Please contact me if you're interested!