After an exceptionally long hiatus, it's such a joy to announce that FUSE Productions is producing a reading of a brand new musical, called THE FOX SISTERS. Based on the true story of Katie, Maggie, and Leah Fox, it's the story of how the Spiritualism movement began in upstate New York in the mid-1800s.

The show has a book by Jessica Penzias, music by Anthony De Angelis, and lyrics by Christyn Budzyna, the authors of our 2019 children's show THE PRINCE'S NEW PET.

The reading will be on Sunday, March 20 at Singing Onstage Studios. More info about reserving a seat will come soon.

Hey State College!
You have a few more chances to see a BRAND NEW MUSICAL! (How often do we get to do that?!?)

Penn State School of Theatre presents NOSTALGIA NIGHT, featuring an amazing cast of BFA musical theatre students, music directed by the one and only Richard Carsey, choreographed by the wonderful Kikora Franklin, and directed by the master John Simpkins, who is also Head of the BFA musical Theatre program.

The show plays tonight (Tuesday) through Saturday and you can purchase 2 for 1 tickets with the code NIGHT here:
https://am.ticketmaster.com/psuarts/buy?filterType=7 Open casting announced for Fallout, a new play that tells the real-life story of Major Claude Eatherly, a pilot driven mad by the horror of Hiroshima and his role in the bombing. This production moves through time and place with abstract sets, staging, and live musical score, using ensemble members to set the scenes. This is a new work, previously staged as a reading in 2019.

Full production slated for State College, PA, March 30-31, 2022. Written by Mary Gage and directed by Elaine Meder-Wilgus, Fallout will play in a house with a potential of 2000+ tickets. Actor will receive an honorarium.

Before auditioning, please confirm that you are available for in-person rehearsal in State College, PA from Sunday, March 13th through March 27th, followed by the TECH/show dates (non-negotiable) March 28-31. Tentatively scheduled with 4 performances, including 2 matinees. SUBJECT to CHANGE due to COVID concerns.

Testing during Tech and Run week

Load-In and TECH at the theater

Cast called for cue-to-cue at the theater in evening

School matinee (this is not confirmed) w/ talkback

Nate A modern Missileer, will be double cast from ensemble

Judge – live voice over. Can be cast from ensemble
Cast can also perform the role of judge, reporters, mental patients, and chorus.

State College Friends! An amazing performance opportunity from the Centre for Performing Arts:
Dear Friends,
The CPA invites local participants to become a part of the cast of Bill T. Jones/Arnie Zane Company’s new work What Problem? scheduled to be performed at Eisenhower Auditorium on Friday, February 11, 2022. The work requires 25 local cast members. We are hoping to create an ensemble reflective of the diversity of our campus and larger community and will be accepting nominations (self-nominations highly encouraged!) representing diversity along many dimensions, including but not limited to: race, gender, age (minimum of 18 years), socio-economic status, education level, and sexual orientation among them. Below is information on the company’s expectations of a cast participant. Please share this email with anyone you think might be interested in this opportunity, including but not limited to your students and colleagues. We will choose the final cast from among the total nominations.
Cast Participants Information
While dance or other performance experience or training is not necessary, cast participants will be required to comfortably perform for a public audience, sit down on the floor, quickly stand back up, and run onstage. For more information on What Problem? please visit the following link:
https://cpa.psu.edu/events/billtjones
In the week leading up to the performance, participants will rehearse with the professional cast as follows:
Monday, February 7: Rehearsal 6-9
Tuesday, February 8: Rehearsal 6-9
Wednesday, February 9: Rehearsal 6-9
Thursday, February 10: Rehearsal 6-9
Friday, February 11: 2:30-5:30 Tech Rehearsal with the performance at 7:30. Call time TBD.
You must commit to attending all rehearsals, which are tentatively to be held at Eisenhower Auditorium. There will be no unexcused absences or exceptions made to full adherence to the schedule above. If you know you will not be able to meet this complete schedule, please refrain from nominating yourself.
To be considered, each potential applicant must complete the attached brief application form:
Community Cast Participation Survey
This form at the above link is to be completed by December 8.
Please reach out to Cheri Jehu at [email protected] if you have any questions.
Thank you for considering this opportunity.

Bill T. Jones/Arnie Zane Company What Problem? 7:30 pm Friday, February 11, 2022 Eisenhower Auditorium What Problem? explores the tension between belonging to a community and feelings of isolation that many people have during these divisive political times. Bill T. Jones adapted What Problem? for pr...

AUDITION NOTICE for The Stone Arch Players in Lewistown, PA.

The Stone Arch Players out of Lewiston are looking for a male actor - ages 20-35 - the lead character Bob Schoeder character.

Sarah is a nice Jewish girl with a problem: her parents want her married to a nice Jewish boy. She tells them she is dating a Jewish doctor and they insist on meeting him. Over the heated protests of her not-a-doctor boyfriend, she plans a dinner party and employs an escort service to send her a Jewish date-to-be. Instead, they send Bob Schroeder, an aspiring actor who agrees to perform the impersonation. Happily, he is extremely convincing in the role and Sarah’s parents, and Sarah, are enraptured.

AUDITION NOTICE: The Wild Party.
The Penn State School of Theatre
is looking for a male or non-binary identifying actor to join the cast for my thesis production of The Wild Party.
Below is the full official audition notice. Please read it carefully to ensure your success!
Contact director Alison Morooney via email to receive audition material mentioned below, at: [email protected]
****************************************************************************
Audition Notice
Penn State Centre Stage
The Wild Party by Andrew Lippa
The Wild Party is a rock influenced contemporary musical base on the 1928 Joseph Moncure March poem of the same name. The musical takes place over one night of debauchery among a group of show biz personalities and artists during the 1920’s prohibition era. Queenie is the mastermind behind the party, hoping that the chaos will create the perfect concoction for her abusive lover, Burrs, to meet his demise. While she plays out her plan she falls, in spite of herself, for newcomer Mr. Black. Their budding affair sends Burrs into a jealousy induced binge that results in madness. A struggle with a gun ensues, and Burrs is killed. Queenie, in an act of bravery and resilience, leaves the tragedy and life as she knows it behind her, setting out for the first time on her own.
CONTENT WARNING: This piece deals with some tough themes, including drug/alcohol use, intimate partner abuse, and gun violence. It is my strong belief that though these stories hold potential to be painful and traumatic, it is better that we shine light on them rather than keep them in the shadows; violence and hate thrive in secrecy. The Wild Party boldly takes on these themes, and does so with a narrative that centers and empowers the survivor.
Production Information
All rehearsals and performances will take place on campus in the Theatre Building. See the schedule below.
Rehearsals: 9/13-10/25
Monday-Friday, 6:30-10:30
*No Rehearsal Friday Oct 1.
*Rehearsal Saturday Oct. 9, time TBD
Tech: 10/26-11/4
Monday-Friday, 6:30-10:30
*Tech Rehearsal on Saturday Oct. 30, time TBD
Performances:
11/2: 7:30p Preview
11/4: 7:30p Preview
11/5: 7:30p (Opening)
11/6: 2p and 7:30p (2 show day)
11/8: 7:30p
11/9: 7:30p
11/10: 7:30p
11/11: 7:30p
11/12: 7:30p
11/14: 2:00
Seeking submissions for the following role:
Oscar
Male or non-binary identifying, any race/ethnicity; Range: A3-B5; this role calls for some dancing and stylized movement.
A composer and a pianist, loudly eccentric. He is one half of “The Brothers D’Armano,” a vaudevillian song writing duo along with Phil. They are “brothers” and lovers. Oscar is the salesman of the pair. Commanding and sure. (28-30)
To Submit:
—Record a video of yourself performing the provided material. Do your best to ensure you are in a well lit space, and that your audio is as clear as possible.
—Submit your video by Friday, August 27 at midnight via email to [email protected] (director) with the subject line Wild Party Submission_YOURNAME
—In the body of the email, include any conflicts you have with the above schedule. Your presence throughout the process will be paramount.
—After submitting, we may contact you to schedule a movement call on a date TBD. In this regard, please me mindful of your emails, and as prompt as possible in all correspondence.

Be the first to know and let us send you an email when FUSE Productions posts news and promotions. Your email address will not be used for any other purpose, and you can unsubscribe at any time.

Send a message to FUSE Productions: 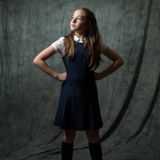 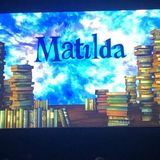 "I Don't Know How to Love Him" - Jesus Christ Superstar

Other Theaters in State College

We have tickets for Friday night that we can't use. Anyone need them? PM me.
I was fortunate enough to experience final dress rehearsal for FUSE's Matilda. Hysterical performances, sweet and tender moments and Jonathan O'Harrow "Miss Trunchbull" is not to be missed! Bravo to the entire cast and crew!!
Saw the final show for HUNCHBACK tonight, and among other good things, my God, the choral work was just EXCEPTIONAL. I hope you'll have that kind of choir for CHESS!
What an absolute pleasure it was to experience an exceptional cast and pit tonight! Bravo bravo bravo! @funhome
I'm excitedly looking into your Musical Theatre Cabarets, with an eye to sign up for one, and I had a question: Is the "Rodgers and Hammerstein and Lerner and Loewe" cabaret limited only to songs by those two teams? Would, for example, a song Richard Rodgers wrote with Lorenz Hart be acceptable? Or a song Lerner wrote with his other collaborators?
A special needs client wants tickets for Fun Home. When's the best time to phone? Called earlier and left message. Please PM me. Thank you.
Another beautiful and thoughtful production. Thank you for making me laugh, cry, and of course, Think!
Camelot was absolutely PHENOMENAL! Thank you so much for the hard work and dedication of putting it on, and for all of the talent shared! Wow!
We saw Camelot and it was terrific! Everyone did a great job!