Happy (Belated) Birthday to "Dallas" and "Walker Texas Ranger" actress Sheree J. Wilson, whose Mr. Media interview continues to be one of the most popular on our channel! https://youtu.be/Jpzr4Xh_7C4

My podcast, Mr. Media Interviews by Bob Andelman, was picked up by Spotify in 2019 and here's what the first year looked like. Thanks to listeners who discovered the show there and thanks to Spotify and Libsyn Podcast App for opening another distribution door!

We start our 14th year of continuous podcasting in February 2020 so subscribe now wherever you listen to your favorite podcasts and never miss a moment!

Shout out to all the fans on . Thanks for an amazing year.

Very sad news today. I met Howard Cruse during an event at Ringling College of Art and Design that I attended with Will Eisner Official Site. They did portfolio reviews that day for art students. Really liked Howard and eventually interviewed him for my Eisner biography and had him as a guest to talk about his own work on Mr. Media (links below). We had recently discussed a return interview to talk about the re-release of "Stuck Tubber Baby" in the spring. RIP, Howard. Best wishes to his husband, Ed Sedarbaum.

Newsarama is your source for comic book news, reviews and all-things genre entertainment. We’ve been covering the entertainment industry since 1998.

Tales From The Trumpster Fire: A Cartoon Anthology

Still time to order a copy of cartoonist Clay Jones' collection for yourself or as a Christmas gift for the Trump "enthusiast" in your life. Amazon surprised us with a price reduction last week on the deluxe, full-color paperback OR you can also get it for your Kindle e-book reader!

(Review copies available for journalists and book reviews. Send me a request via Direct Message and we'll hook you up!)

Editorial cartoonist Clay Jones has been drawing the world around him for more than two decades, but his style and humor caught fire at the beginning of the Trump Administration. An award-winning artist whose work is seen on CNN as well as newspapers and news sites across the United States and be...

Just in time for the holidays! "Built From Scratch," the book I wrote with The Home Depot co-founders Bernie Marcus and Arthur Blank, is now available from the Target Store online! https://www.target.com/p/built-from-scratch-by-bernie-marcus-arthur-blank-bob-andelman-paperback/-/A-79255122

Get free shipping from Target. Read reviews and buy Built from Scratch - by Bernie Marcus & Arthur Blank Bob Andelman (Paperback) at Target. Get it today with Same Day Delivery, Order Pickup or Drive Up.

In case you missed it, here's a link to my 2010, 45-minute, Mr. Media podcast interview with Gahan Wilson. Delightful man, so sorry to hear we lost another great one. https://mrmedia.com/2010/04/cartoonist-gahan-wilson-draws-playboy-magazine/

To get in the right frame of mind for today’s interview, I set aside my usual German bologna and Muenster cheese sandwich and went with tuna fish. Because after all the Mayonnaise my wife mixes in with a can of tuna, it isn’t much about the fish, either.

My guest today is Marshall Craig, a Yale man and Wharton MBA who says he frittered away most of his life making a living and raising a family when he could have been fishing.

And while I know he loves his wife and family, I think he’s genuinely pretty serious about his lost time away from casting a line.

If you’re a man or woman who likes to get away from civilization to fish in remote and exotic places, Marshall is the kind of guy you’ll want to do it with. I reached that conclusion based on the humorous essays found in his new memoir, "You’ll Need A Guide: Fishing Stories That Aren’t Much About the Fish."

One of the many ways you can catch my podcast, Mr. Media Interviews by Bob Andelman is ... on internet radio! Check me out on Joey Reynolds' Geek Radio America -- the latest schedule is here: https://geekradioamerica.com/2019/02/gra-schedule-as-of-02-09-19/

As always, ranks for listening!

It's here! Celebrate the first day of the Trump Impeachment Inquiry by ordering "Tales From the Trumpster Fire" by cartoonist Clay Jones, published by Mr. Media Books! Full color, 270 pages, deluxe edition! You'll laugh your not-orange ass off! Makes a great gift for your Republican friends who haven't lost their sense of humor!

(IMPEACHMENT DAY, November 13, 2019) — Editorial cartoonist Clay Jones has been drawing the world around him for more than two decades, but his style and humor caught fire at the beginning of the Trump Administration.

Author Bill DeYoung talks about his rock star interviews in "I Need to Know: The Lost Music Interviews"! Watch it here https://youtu.be/3mjlm6o1EC4 .

Happy 20th Anniversary to MSNBC's "Hardball" and its host, Chris Matthews, who I interviewed back in June 1997. That said, I think the news network's math is off, since I interviewed Matthews about hosting Hardball 22 years ago. Oh, well.

1997 text interview with Chris Matthews, host of Hardball on MSNBC and author of the book by the same name, conducted by Mr. Media, Bob Andelman.

Sad to learn today of the passing of legendary Hollywood movie mogul Robert Evans, who was a guest on my podcast in 2013. He was a terrific conversationalist and I barely scratched the surface of his life's work but it is an exuberant reminder of this remarkable character! Watch it no! https://youtu.be/PC8wZaEaBiU 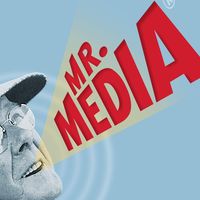 Right now, over on my Mr. Media Interviews by Bob Andelman YouTube Channel, https://youtu.be/Kr7-J0xOMOM, check out my interview with Kappa Force TV show creator Addison Heima and co-star Kyra Jones. This REVRYparody series about an LGBTQ campus superhero squad is a lot of laughs. You can see the series beginning October 27 on Revery, XUMO and Pluto TV. Jonah Blechman

My favorite writer of 20th century (or any): Nick Tosches! | Mr. Media® Interviews

Nick Tosches died on October 20 at his home in Manhattan. Today -- October 23, 2019 -- would have been the celebrated author's 70th birthday. Losing him was a hard-felt one for me; for decades he has been my favorite author and favorite personality in the world of letters. In the years after this 1985 interview took place in his Greenwich Village apartment, I would hear from occasionally, usually by postcard — never email — the most frequent when he was thinking about doing a book about Florida’s “Lobster Boy” (look it up). Were we friends? Probably not. But I’m so grateful for the time I spent with him and the scarce moments that followed over the next 30 years. I’m a lucky man to have known him at all. — Bob Andelman

Did you catch this week's "E&P reports," the official podcast from Editor & Publisher Magazine? The latest installment includes the first appearance of Publisher Mike Blinder with an op-ed about the departure of Shep Smith from Fox News, plus Managing Editor Evelyn Mateos talking to sales leaders Nick Johnson (head of advertising at McClatchy and independent sales training consultant Janet DeGeorge. And, of course, the host and producer of the show is me, Bob Andelman! You can watch the show on YouTube or listen to on Apple Podcasts, Spotify, libsyn - liberated syndication, Deezer, Google Play and many more! https://youtu.be/8mduXl1EG_Q 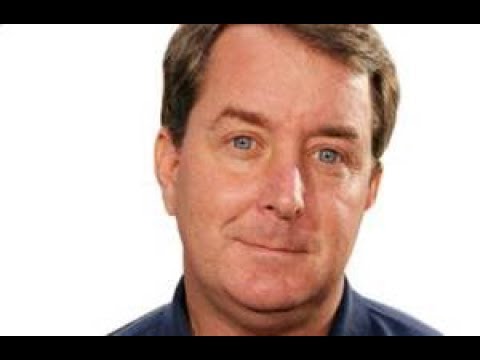 In case you missed it, a very popular interview I did with Zippy the Pinhead cartoonist and creator Bill Griffith!

Nothing telegraphs an opinion of someone's intellect more rapidly than calling him or her a "pinhead." And no one has done more to expand the use of the term... 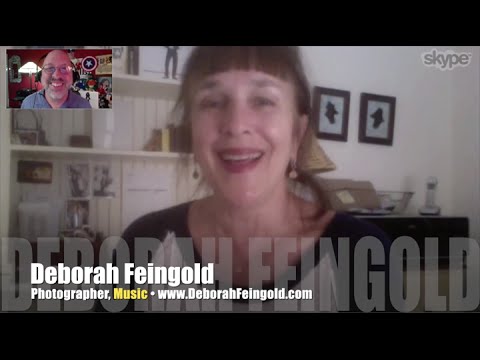 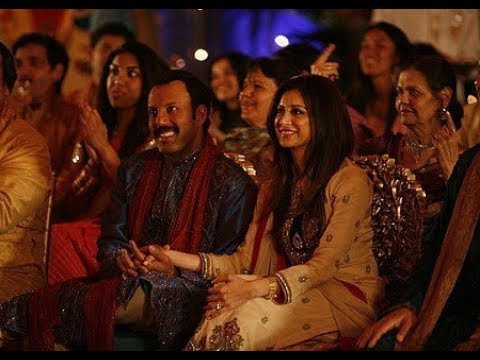 In The Narcissists, a romantic comedy, love of self is joke! 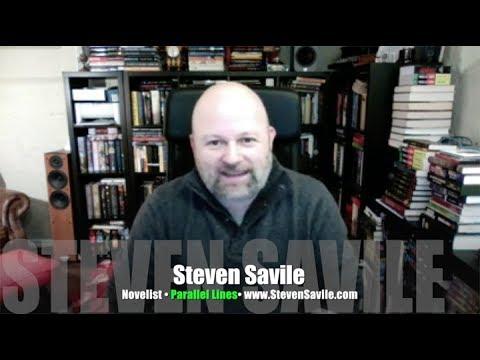 More than 200 friends and family of Albert J. Dunlap — one of Florida State University’s most generous supporters — gathered for a celebration of his life hosted by Mrs. Judy Dunlap Saturday, Oct. 5, at their home in Ocala. Dunlap, a former corporate executive and philanthropist, passed aw...

Fred Travalena can probably impersonate you, too! REVIEW

Today's Guest: Fred Travalena, impersonator, comedian >By Bob Andelman September 30, 1985 In the last 14 minutes of his show, comedian Fred Travalena went nuts. That’s okay because he’s paid to act that way. Of course he was the class 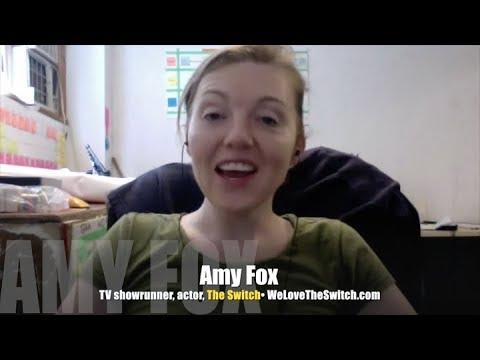 The Switch: A transgender sitcom for the rest of us! 2017 INTERVIEW 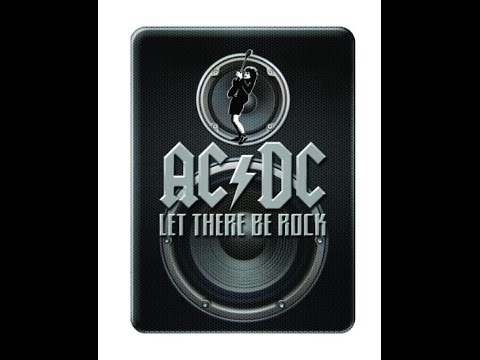 Subscribe to my new weekly podcast for Editor & Publisher Magazine! It's free!New shows every Wednesday!

Editor & Publisher Magazine "E&P Reports" Podcast Oct. 2 2019: Top headlines, plus my interviews with Tom Jones of Poynter on The New York Times and "For Better or For Worse" cartoonist Syndicated Comic Strip For Better or For Worse on her 40th anniversary in comics! SUBSCRIBE! https://podcasts.apple.com/us/podcast/editor-and-publisher-reports/id1481156949

2019: On any given day, “For Better or For Worse” could be funny, sweet, bittersweet or hauntingly dramatic – just like life in my own family or yours. Perhaps nothing about the strip was more shocking than the day in 2008 that cartoonist Lynn Johnston announced she would no longer be producin... 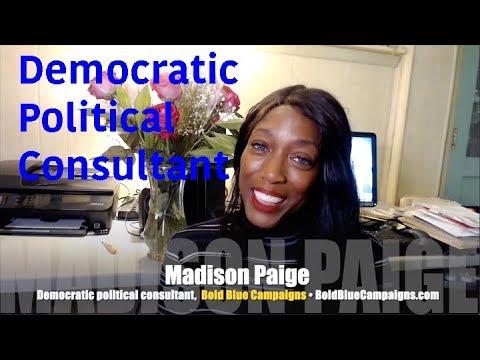 This is a fun one, whether you like to fish or not! My guest is Marshall Craig, author, "You'll Need A Guide: Fish Stories That Aren't Much About the Fish." I liked his book so much, I published it myself at Mr. Media Books. I hope you'll take a look! https://youtu.be/gg8zpMBuaMY 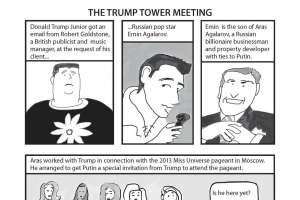 Barbara, a frequent guest on the show, adapted "Mueller Report Graphic Novel" to make the material so easy to reader that even your local neighborhood congressman can probably understand it. 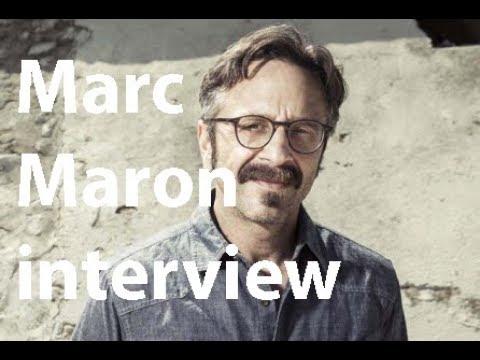 Be the first to know and let us send you an email when Mr. Media Interviews by Bob Andelman posts news and promotions. Your email address will not be used for any other purpose, and you can unsubscribe at any time.

Send a message to Mr. Media Interviews by Bob Andelman:

Bob Greenberger has second thoughts on being interviewed.. by me!

Eureka star Niall Matter talks about Zane and Jo! (1 of 2)

Eureka star Niall Matter talks about Zane and Jo! (2 of 2)

What is Mr. Media® Interviews? The curiosity of Terry Gross, the skepticism of John Oliver, the unpredictability of Howard Stern, and, on occasion, the zen of Jon Stewart! Since February 2007, more than 1,300 exclusive Hollywood, celebrity, pop culture video and audio podcast and print interviews by Mr. Media®, a.k.a., Bob Andelman, with newsmakers in TV, radio, movies, music, magazines, newspapers, books, websites, social media, politics, sports, graphic novels, and comics! Watch or listen to all the interviews at https://MrMedia.com . Subscribe to Mr. Media for FREE on YouTube: http://www.youtube.com/subscription_center?add_user=MrMediaRadio

Learn more about host Bob Andelman’s 16 books and thousands of newspaper and magazine articles at https://andelman.com or at his Amazon Author Page: amazon.com/author/andelman

Other Comedy clubs in Saint Petersburg

Take a look at our lively debate over book covers and how closely (if at all) they should reflect the exact elements of the story, as well as our discussion about the Civil Rights Movement and some of the greatest blues and rock legends who ever lived!

(I also noticed that my mouth goes completely crooked when I speak. I had no idea! )
Did you know you can listen to Mr. Media Interviews by Bob Andelman on iHeartRadio? Check it out!
I just listened to your first interview with Paul Provenza. It was so interesting I listened to it twice. Thank you!
with an ALL STAR CAST like that ! -- how could anything
go wrong ?!??! (NO comparisons to the Roman Empire,
PUH - LEEZ!!!!! (oh and LOL)
Check out my interview with Bob Andelman aka Mr. Media Interviews by Bob Andelman
Just discovered you, Mr. Media! Congrats on your podcasts. And shake hands with "feisty, smart, lovable" Annie Shea
Loved your interview with Tony Little, America's Personal Trainer. Thanks Mr. Media

- exactly 5 years today with Mr. Media Interviews by Bob Andelman
march 29 2015
Greetings from Hell!
Classic Wages #189
https://www.facebook.com/pages/The-Wages-of-Sin/146701925399846?ref=stream
ALL NEW!!! The Doctor is in... in today's new Mr. Media Interviews by Bob Andelman! It was so much fun talking to Doctor Who star Peter Capaldi about his new film, the Julian Jones documentary Inside the Mind of Leonardo da Vinci in 3D! Capaldi was so much fun to speak with, I have no doubt you'll enjoy this conversation! And please share it with your friends!
x

Other Comedy clubs in Saint Petersburg (show all)