Check this out TONIGHT!! Our buddies BIG Something and Cory Wong join forces for a jam. Spoiler Alert: Lets just say the result was EPIC....

Our buddies Big Something just dropped their line up for thier The BIG What? on Pop's Farm up in Virginia. Looks like a lot of fun!

The BIG What? lineup is here! 🙌👽 Camping and VIP passes are available 🏕 See you Aug 4-6th in Martinsville, VA!

TONIGHT!!! Pinkest Floyd - A Tribute To Pink Floyd plays the Lincoln Theatre!! What do you want to hear?

Drummers take note! One of the funnest bands on earth is looking for a new drummer.

Are you our next drummer for The Breakfast Club???

If so, we will be holding auditions at Lincoln Theatre in Raleigh NC on the afternoon of Friday June 24th, and at Amos' Southend in Charlotte NC on Saturday afternoon, June 25th of 2022! We have all the details you'll need posted below! And even if you don't want to audition, feel free to share this post if you'd like!

We cannot wait to see you, and we wish you all the best of luck!

If you are interested, please email us at [email protected], and (1) List your name, phone number, and email, (2) Let us know which venue you would be interested in for your audition, (3) Copy and answer the questions from the drummer resume section below, and post them in your email, and (4) Include what songs you will want to perform during your audition , and we will contact you with an available 15 minute time slot. Please arrive on time!

During the auditions, you'll be playing our drummer's drum set on stage that consists of Roland electronic drums with various acoustic cymbals, and your mix will come through a floor wedge. The drummer uses a Tama Iron Cobra double bass pedal, so feel free to bring your own kick pedal if you'd like, and of course bring your own drum sticks.

*** You will be required to play "Jump" by Van Halen, plus two songs of your choice from the Audition Song List below. ***

Drummer Resume
1) How long have you been playing drums?
2) How many years of live music experience do you have?
3) Are you familiar with electronic drums?
4) Would you be willing to travel and play on average 6 to 8 shows a month?
5) Have you ever played in an 1980s cover band?
6) How familiar are you with the pop and rock hits of the 1980s?
7) Where do you live?

Happy Birthday Prince! We sure do miss you.

Happy Birthday Tony Levin!! It was a great honor to have him and the Stick Men (Official) on our stage a few weeks ago.

Less than 300 tickets left for Band Together presents The Turnpike Troubadours and Elizabeth Cook at Red Hat Amphitheater October 28th! Grab yours now.

Friday Night Jupiter Coyote plays a FREE two set show at Smoky Hollow in Raleigh (behind Publix). Doors open at 5:30, show starts at 6:30. Hope to see you there!

The Canes are headed up to NYC to whip up on the rangers tonight! Go Canes!

Only a handful of tickets left for this one! Grab them now.

Back at it tonight 💪

A storm is headed for NYC 🌀

Tickets for The Turnpike Troubadours at Red Hat Amphitheater with Elizabeth Cook go onsale at 10am. We expect a quick sell out. Buy now or cry later.

We are excited to announce that Band Together is presenting The Turnpike Troubadours at Red Hat Amphitheater Friday October 28th! Elizabeth Cook and special guest will also be on the bill! Presale starts now. Use the password: TURNPIKE.

Don't miss this incredible collaboration between our friends Lucius, Sheryl Crow, Celisse and members of Stay Human, on a song from the new album, "Second Na...

TONIGHT!!! Town Mountain returns to the Lincoln Theatre with special guest Into The Fog!! Tickets available at the door.

Friday Night!! Town Mountain with special guest Into The Fog at the Lincoln Theatre - Raleigh, NC. Grab your tickets now!

Town Mountain is a bluegrass band from Asheville, North Carolina.

May The Fourth Be With You!

Tonights Pigeons Playing Ping Pong and The Motet show at the Lincoln Theatre is SOLD OUT. Gonna be a great one!!!

TONIGHT!! Wage War plays the Lincoln Theatre with While She Sleeps, Gideon and Chamber! Tickets available at the door.

Be the first to know and let us send you an email when Lincoln Theatre posts news and promotions. Your email address will not be used for any other purpose, and you can unsubscribe at any time.

Send a message to Lincoln Theatre: 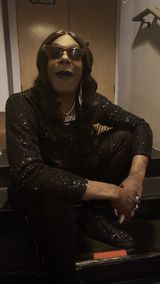 Who's Bad "The Ultimate Tribute to Michael Jackson" at the Lincoln Theatre this Saturday!

The Grateful Ball at the Lincoln Theatre Friday January 18th!

We have been wanting to get Midnight North to Raleigh for a while now! What better night than New Year eve with BIG Something!

Spring has sprung and songs need to be sung so come Let the Light in with us! Raleigh NC grab your tickets for Lincoln Theatre on Wednesday May 9th 👉 MisterWives.com/tour

This Saturday March 24th Ripe makes their Raleigh NC debutLincoln Theatre! Special guest Los Elk and Down By Five are also on the bill. Tickets available online or at the door. See you there!

Thank you Louis The Child, Manilakilla & IMAD Royal for an AWESOME night! 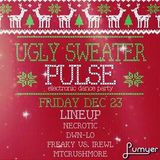 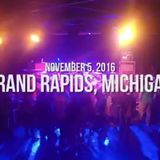 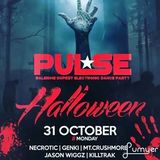 John K Band is heating up! 2 sets, come on down!

Other Live Music Venues in Raleigh

Super excited to announce these album release shows for my upcoming debut album “Black Banjo” released on 5/13 through Mountain Home Music Company. Can’t wait to play at Isis Music Hall in Asheville, NC on 05/14 & Lincoln Theatre on 05/15 in downtown Raleigh, NC! This album is really special to me as it is my way on expressing the needs for more diversity in roots music! More info on tickets can be found at the link in my bio! Hope to see you out! #traywellingtonband #asheville #raleigh #blackbanjo #newmusic #bluegrass #pineconenc PineCone - Piedmont Council of Traditional Music Nick Weitzenfeld Josiah Nelson Music Katelynn Lowe Prater DAY Sam Stage
What a fun and memorable night at Lincoln Theatre! The "80's vs 90's" night was a blast, thank you so much for joining us, you guys were incredible! Rockzilla played an awesome set of 80's classics, such a great band. Thanks also to Bands and Clubs of the Triangle for helping to document this show with pics & video, more to come!
Joe Hero - Foo Fighters Tribute 90's SET GRUNGE!!! Lincoln Theatre NOW
NOW NOW NOW BIGGGGG NIGHT at Lincoln Theatre Rockzilla and Joe Hero - Foo Fighters Tribute COME PARTY WITH US!! Only $10
This venue can f**k right off. My sister, who is in a wheelchair, came all the way from VA to see Relient K. Couldn't see over anyone, and people were STANDING ON THE WHEELCHAIR RAMP so she couldn't get past them. She left before the show started. Relient K is her favorite band. She tried calling you guys all week to ask questions about accessibility and nobody answered. What a f**king joke.
Gonna be a fun one at the Lincoln Theatre Saturday night! 80's Vs 90's !! Glam Vs Grunge!! Joe Hero Vs. Rockzilla. Goodtimes VS. Great Times!!
Anyone interested in a VIP ticket to meet these queens when they come May 13th?! PM me!!
Saturday night in Fuquay at Aviator was awesome, you guys were amazing, thanks for such a fun night! The "80's vs 90's" show is this Saturday at Lincoln Theatre in Raleigh - can't wait!
We are thrilled t⭕ return to the Lincoln Theatre in Raleigh, Friday, April 8th! Join us!! Tickets are still available here: https://www.etix.com/ticket/p/6831739/runaway-gin-a-tribute-to-phish-raleigh-lincoln-theatre Like this post, Tag friends you want to come and Share this post for a chance to win a FREE pair of tickets!
Come see Mega Colossus play cover songs tomorrow night at the Lincoln Theatre 🤩
Our fanbase Stray Volts Nation told everyone they couldn't wait until July 30 for Stray Volts to return to Saints and Scholars Pub so we worked with the venue and found an opening! This is one of our rare Friday night gigs so it's going to be exciting! Stray Volts Back By Popular Demand at Saints & Scholars! For those who haven't been to one of our performances you should know we're a different kind of party band. We take songs from a wide variety of styles then transform them into our signature hard rock sound. Rock, pop, country, plus we do mashups and originals too. Get ready to party, dance and rock out as we plan on putting on an even more energetic performance than last time we were here! PS: It's 3/11 Day so we added a couple of 311 songs to our set. You don't want to miss it! SET 1 OF 3: ▲ Paris — Grace Potter & The Noc ▲ Cake By The Ocean — DNCE ▲ Sober — Tool ▲ Cumbersome — 7 Mary 3 ▲ Fine — Stray Volts ▲ Ain't No Rest For The Wicked — Cage the Elephant ▲ S*x and Candy — Marcy Playground ▲ Flagpole Sitta — Harvey Danger ▲ Heartbreak Sharona — MASHUP: Pat Benatar & The Knack ▲ Carnival — Natalie Merchant ▲ Feel It Still — Portugal the Man ▲ Beautiful Disaster — 311 ▲ You Oughta Know — Alanis Morissette ▲ Blister In The Sun — Violent Femmes ▲ In the Meantime — Spacehog ▲ Friends In Low Places — Garth Brooks SET 2 OF 3: ▲ Cold As You — Luke Combs ▲ I'm Gonna Be — The Proclaimers ▲ I Alone — Live ▲ Ex's & Oh's — Elle King ▲ Gold on the Ceiling — Black Keys ▲ Cheap Thrills — Sia ▲ Hard to Handle — The Black Crowes ▲ You Know I'm No Good — Amy Winehouse ▲ Choke — Stray Volts ▲ Down — 311 ▲ Walk Like An Egyptian — The Bangles ▲ Everlong — Foo Fighters ▲ Don't Let Me Down — The Chainsmokers ▲ Black Velvet — Alannah Myles ▲ Smells Like Teen Spirit — Nirvana ▲ We Will Rock You in Black — MASHUP: Queen & AC/DC SET 3 OF 3: ▲ My Own Worst Enemy — Lit ▲ S*x On Fire — Kings Of Leon ▲ Ob-La-Di, Ob-La-Da — The Beatles ▲ 7 Nation Dreams — MASHUP: White Stripes & Eurythmics ▲ Kiss Me Deadly — Lita Ford ▲ Need You Tonight — INXS ▲ Forget You — CeeLo Green ▲ No One Knows — Queens of the Stone Age ▲ Before He Cheats — Carrie Underwood ▲ Track Record — Stray Volts ▲ Runnin' Down a Dream — Tom Petty ▲ Harder to Breathe — Maroon 5 ▲ Show Me How to Live — Audioslave ▲ Fight For Your Right (To Party) — Beastie Boys ▲ Hole In The Bottle — Kelsea Ballerini ▲ Crosstown Immigrant '65 — MASHUP: Hendrix & Zombie & Led Zep
This Friday night Lincoln Theatre!!! With special guest JULIA.! Doors 8, show 9. We'll be on about 10:15. See you there!!!