We seek to glorify God through the production of plays that communicate truth and beauty and that engage our culture's values in a meaningful and productive manner, while entertaining our audiences. We believe it is important to maintain the artistic integrity of each play we produce, while upholding our team's values. Eden Troupe follows in the grand millennia-old tradition of theatre through the

We seek to glorify God through the production of plays that communicate truth and beauty and that engage our culture's values in a meaningful and productive manner, while entertaining our audiences. We believe it is important to maintain the artistic integrity of each play we produce, while upholding our team's values. Eden Troupe follows in the grand millennia-old tradition of theatre through the

Lord Caversham has lived a full and successful life. Now that he's older, his only desire is to get his "good for nothing" son Lord Goring married. Maybe that delightful Mabel Chiltern would be a good match? Come see CJ Lowe play this delightfully curmudgeonly character in An Ideal Husband, Nov 11th, 12th, and 13th!

Mabel Chiltern, played by Lydia Heykamp, is a witty young lady with a flirtatious side. She has her eyes on Lord Goring, if only he would hurry up and propose! Come see what happens in An Ideal Husband, Nov 11th, 12th, and 13th!

Lady Markby is a woman of many words and few thoughts. Her tendency to never...stop...talking is only surpassed by how oblivious she is that her mutual friends cannot STAND each other. Come see Anna Fox play this hilarious character in An Ideal Husband, November 11th, 12th, and 13th! 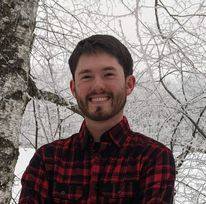 Introducing the Vicomte De Nanjac played by Noah Leraas! A self-proclaimed anglophile, this silly French dandy is here to chat with delightful ladies and practice his English colloquialisms...poorly. Come see him in An Ideal Husband, Nov 11th, 12th, and 13th!

Evelyn Elliot and Sadie Fischer are playing Mrs. Marchmont and Lady Basildon respectively, two married ladies of high society who love nothing more than engaging in pseudointellectual banter and complaining about their husbands. Tickets for An Ideal Husband, Nov 11th, 12th, and 13th, will be available soon!

Eden Troupe is excited to begin our first set of casting announcements for this semester's show, Oscar Wilde's An Ideal Husband!

Auditions are TODAY Saturday the 17th from 11am to 4pm in Town Hall! If you cannot make the audition but still want to try out, please contact us and we'll work something out. You can prepare ahead of time by filling out the audition form at tinyurl.com/phcidealhusband
We look forward to seeing you there!

Start brainstorming with your friends, and stay tuned for details and updates!

The doors open at 1:30 pm for the Saturday matinee showing of Pride & Prejudice!

If you love drama and laughing, then now's the time to purchase a ticket.

We are pleased to introduce Clara Harney as Elizabeth Bennet for Saturday at 2:00 pm ONLY! Come see her banter with Mr. Darcy and slap Mr. Collins while you can.

Seats are sold out for Friday night, but there's still space tomorrow and Saturday!

TOMORROW is opening night for this semester's production of Pride and Prejudice!

"My mind, however, is now made up on the subject, for having received ordination at Easter, I have been so fortunate as to be distinguished by the patronage of the Right Honorable Lady Catherine de Bourgh!" If ya know, ya know.

Grace Anna Schmidt is the flirtatious Lydia Bennet from Pride and Prejudice—coming to Purcellville Baptist Church from April 21–23!

"It is not for me to be driven away by Mr. Darcy. If he wishes to avoid seeing me, he must go."

There are still a few days left before opening night. Don't miss the opportunity to see the sparks fly between Darcy and Wickham.

COMMUNITY MEMBERS are invited to join us for this semester's production for the first time in nearly two years. We'd love to have you!

Take a night to enjoy the drama, wit, and comedy of Jane Austen's classic characters in Eden Troupe's Pride and Prejudice!

Tickets are available at https://edentroupe.square.site

Openning night is two weeks from today! Purchase your tickets at edentroupe.square.site

Can't wait to see you there!

Introducing the Cast of Pride and Prejudice!

Want to be a little more creative with your New Years resolutions this year? Direct a play! Eden Troupe's proposal period is opening soon (Jan 11-18th) and you can propose a play that you want to direct. Grab a friend to co-direct or produce and gather your ideas into a plan to pitch to us the first week back on campus.

Send your proposals to [email protected] between Jan 11-18th. Proposals should include a production vision for the play, your directorial team, and an estimated budget (ballpark estimate). Feel free to ask us any questions. If you've never proposed a play before, we can help you draft a plan.

We regret to inform everyone that the Fiddler on the Roof is canceled for this semester. More information will be forthcoming shortly so check this page for any updates.

Presenting Eden Troupe’s Fall 2021 production… the classic musical The Fiddler on the Roof!

Come on out for AUDITIONS on Friday from 7-9pm and Saturday from 1-4pm in town hall!

Who else is ready to see Cyrano de Bergerac?
You can get tickets at edentroupe.square.site!!

Are you more of a Cyrano or La Bray? Don't forget to get your tickets for the show at edentroupe.square.site!!!

Catch Spencer Dalke, Garrin Rose and Ethan Chapman in Cyrano de Bergerac this weekend!!! Tickets are on sale now, so get them while they’re hot!

Meet some of the cast of Cyrano de Bergerac played by Elizabeth Russell, Gabe Thomas, and Andrew Bleiler! Get your tickets at https://edentroupe.square.site!

Who else is ready to see the Cyrano, the verbal hero, on the stage in just a few weeks? Mark your calendars! The show is on April 16th-18th. Tickets are on sale NOW at https://edentroupe.square.site/.

Didn’t get to audition for Cyrano de Bergerac yesterday? Well, you’re in luck! You can still audition today in Town Hall from 1-4pm. We can’t wait to see you there!

Auditions are starting NOW in Town Hall! Come out and join us!!! A few tickets just opened up for tonight’s show! Grab them while you can! Link in bio!

We’re excited about opening night and we hope you are too!
Check out our virtual playbill at edentroupe.square.site
Buy tickets soon before they sell out (campus community only)!

“It is just because you are not free, Mr. Chamberlayne, that you have come to me.” ~ Sir Henry Harcourt-Reilly, played by Calvin Heiple

Tomorrow’s opening night performance is SOLD OUT. Get tickets for Saturday or Sunday online only! (Link in bio.) “We have wasted such a lot of time in lying.” ~ Lavinia Chamberlayne, played by Ellen Fischer

Come out and see the show tomorrow at 7:30pm! Tickets available ONLINE ONLY (see in link in bio). Can’t make it tomorrow night? Check out the Saturday and Sunday showings—don’t forget the Saturday matinee! The curtain rises for the Cocktail Party this Friday at 7:30pm! Purchase tickets ONLINE ONLY for any of the Friday, Saturday, or Sunday showings. Link in bio.
CAMPUS COMMUNITY ONLY “I have ceased to believe in my own personality.” ~ Edward Chamberlayne, played by Frank Dalton

Opening night is this Friday! Purchase tickets online for the 7:30pm Friday, Saturday, or Sunday showing, or the Saturday matinee! Link in bio.
CAMPUS COMMUNITY ONLY Come see the Cocktail Party at 7:30pm this Friday, Saturday, or Sunday! Or come out to the Saturday afternoon showing! Get your tickets soon because space is limited.
CAMPUS COMMUNITY ONLY

Be the first to know and let us send you an email when Eden Troupe posts news and promotions. Your email address will not be used for any other purpose, and you can unsubscribe at any time.

Send a message to Eden Troupe: 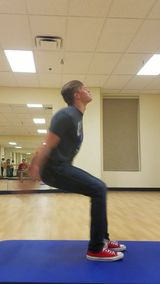 Eden Troupe is Patrick Henry College's drama club, a student arts organization. We seek to glorify God through the production of plays that communicate truth and beauty and that engage our culture's values in a meaningful and productive manner, while entertaining our audiences. We believe it is important to maintain the artistic integrity of each play we produce, while upholding our organization’s values. Eden Troupe follows in the grand millennia-old tradition of theatre through the plays we stage each semester. This journey has taken audiences from Mythical Greece to 15th-century England to Depression Era small-town America and back again. Musicals, comedies, dramas and everything in between have lit up Eden Troupe's stage. We hope to give you just a small taste of the wonderful world of theatre, in which Eden Troupe has been honored to play a part.

Folks, it seems like we're going to be hard up for Eden Troupe productions for the foreseeable future. :( I want to mitigate that somewhat. I've begun posting some of the very first (2002-2005) productions to my YouTube channel. One of the early ones is below and more will follow in coming days or weeks. I won't clutter this page with individual postings, but if you're interested, subscribe to the channel and you'll be notified.

I know most of these have been re-done more recently, but I hope you can enjoy seeing where Eden Troupe started!

The full list will include:
2002: As You Like It // Our Town
2003: The Importance of Being Earnest // Arms and the Man
2004: Much Ado About Nothing
2005: An Ideal Husband // Macbeth
Awesome, Eden Troupe. Want me to post and tag to my friends too?
Awesome
Blessings to each of you! Our homeschool group is looking to plan an event in the spring and wondered if Eden Troupe has chosen its script yet. If so, would you be so gracious as to share it with us? We came a number of years ago and were ever so impressed!
Auditions for Three Musketeers in the multi-purpose room right now til 1pm!
How do I buy tickets for The Importance of Being Earnest?
x

Other Purcellville arts & entertainment (show all)