Acting Coaching, Classes, Audition Taping, and more for actors looking to level up.

🚨 Booking Alert 🚨
We are so excited for Celina Acevedo for a fantastic booking! She’s booked a Lead and title role in a the Feature Film: AMAZING GRACE. Celina was coached by Jordan and is represented by Talent One Talent Agency. Special thanks goes to Casting Director Sarah LeJeune.
.
.
.
⭐️@im_celina_acevedo
🎥 @jwoodsrobinson
.
.
.
.
#acting #selftapeaudition #actor #bookedit #bookfromtape #featurefilm #auditiontapes #actorslife #sagaftra #bookedit #lookwhosbooking

It is the birthday of our brilliant, caring, stubborn, pioneer Director of Education, Clare Lopez!

Please join us in celebrating this wonderful woman on her special day!

Actors, did you know we have an online course teaching you how to master your self-tape and audition technique?

MOST is a virtual course of constantly-updated video lessons and homework, alongside a community of like-minded actors who meet every week.

BFT is now enrolling FALL Classes!
.
🏷 15% off now through 6/1 with the code: EARLYFALL
.
🔗 Link: www.bookfromtape.com/classes

We are excited to share that our very own Adam Vernier is appearing as a guest on Film Florida’s Podcast- Episode 92! 🎙
.
.
.
His episode of the Film Florida Podcast is officially live. You can listen to his interview on Apple Podcasts, Google Podcasts, Stitcher and iHeartRadio App.
.
.
.

Actor Adam Vernier is a long-term Board Member for SAG-AFTRA, and a Florida resident. He’s had a very successful career appearing on stage, in television shows, feature films, made-for-TV movies, commercials, and more. Adam’s appeared in some of the biggest television series filmed in Florida including “Charlie’s Angels,” “The Glades,” “Ballers,” “Bloodline” and “The Right Stuff.” His recent credits include “Queen Sugar,” “Outerbanks” and “Outcast.” Adam talks about getting into acting, his advice for new actors, the grind that is acting, and more, on this episode of the Film Florida Podcast. Audio editing by Rob Hill.
.
.
.
.

🚨Booking Alert 🚨
We are so proud of Naomi Hayton on yet another booking! She booked a lead role in a short film, NUTS! She was booked directly from her audition tape and was coached by Nayshka!!
.
.
.
.
⭐️: @naomi_hayton
🎥: @nayshkamiranda

🚨 Booking Alert 🚨
We are so excited for yael.ocasio for an enormously impressive booking! He’a booked a Co-Start role in the beloved NBC NBC TV Series, This Is Us. Yael was coached by Adam Vernier. Special thanks goes to The Casting team at the The Telsey Office. Yael is repped by AEFH Talent And Monroe Management.
.
.
.
.
.
#acting #selftapeaudition #actor #bookedit #bookfromtape #featurefilm #auditiontapes #actorslife #sagaftra #bookedit #lookwhosbooking #TV #NBC #ThisIsUs

🎂 Wishing a very happy birthday to our Head Honcho, Owner, Founder, Instructor, and Coach Extraordinaire: Jordan Woods-Robinson 🎂 🎥
.
.
.
Jordan is a powerful and intuitive actor, and an insightful coach and instructor. He’s an innovative leader, kind human, and dedicated husband and father.

So we’d like to celebrate today— what a gift he is to our industry and community here in Central Florida and beyond. Our market would not be what it is today without his tireless commitment to helping actors.
.
.
.
🎈 🎊 Please take a moment to celebrate all things Jordan! 🎈 🎊
.
.
.
Share a memory, compliment or story about Jordan— or share your actor wins with us in the comments— we know it would make his heart soar!
.
.
.
🎂 @jwoodsrobinson
.
.
.

Hey y'all! It's my birthday on Sunday! To celebrate, I'm giving folks a coupon for Masters of Self-Taping. (Growing the group would truly be the best birthday present.)

Use coupon code BIRTHDAY at checkout to get 10% off any package from full membership to private coaching to segments of the course.

This code expires Monday, April 25th so this weekend is IT!

🚨 DOUBLE Booking Alert 🚨
We are so excited to share this extraordinary booking announcement of not one, but TWO of our very own BFT coaches!! Erin Beute Fan Page & Adam Vernier both booked principal roles in an AdventHealth Commercial together! Erin & Adam taped and coached one another, booked thier roles directly from tape, and got to work together on set! Both Erin and Adam are repped by Brevard Talent Group. Special thanks goes to Casting Director Mark Mullen and Associates Casting, Inc..
.
.
.
Fun fact about this:
After taping each other, Mark Mullens INSISTED they do the callback together. From the callback, Erin was put on first refusal and Adam was initially told "no go", but wasn’t discouraged. But, 5 days later, Adam was told he did book it! Both actors had a blast getting to go on this journey from audition to working on set together.

🚨 Booking Alert 🚨
We are so excited for Roxy Rivera for an awesome booking! She’s booked a Principal role for a Visit Florida Commercial! Roxy was coached by Nayshka and is repped by 22Talent. Special thanks goes to Casting Director Mark Mullen and Associates Casting, Inc..
.
.
.
.
.
#acting #selftapeaudition #actor #bookedit #bookfromtape #featurefilm #auditiontapes #actorslife #sagaftra #bookedit #lookwhosbooking

A few updates for ya!

1) An update to our mask policy: Effective immediately, masks are optional for all tapings, coachings, and meetings in-person. Some classes are still mask-mandatory since that's the way the classes were started and we want to make sure we honor that for any individuals who signed up because of that.

2) A few updates for in-person taping:

- Soon, you will notice that we are no longer using our paper taping forms. All of our forms will be submitted through an online form. We'll make sure that's super visible to you when you're in the process.

- Also, we are going back to our system of charging for printing sides. Please provide your own copy of the script for yourself and your coach, or we can print the sides for you for $3.

3) An update on classes: Summer classes are already enrolling! They start the first week of June and run for 6 weeks. Use coupon code earlybird to get 10% off before April 17th. And Fall classes will be resuming early September! Enrollment should open up early May. www.bookfromtape.com/classes

4) An update on Masters of Self-Taping: This membership is continuing to grow (we're at about 110 members currently) and I'm loving it! We just added the ability to specialize your focus within the group and you can now sign up for specifically the technical setup portion or the audition technique portion at a lower rate. www.self-taping.com

Thank you for reading all the way to the end and, as usual, please hit me up with any questions!

MOST is a virtual course of constantly-updated video lessons and homework, alongside a community of like-minded actors who meet every week.

Be the first to know and let us send you an email when Book From Tape Acting Studios posts news and promotions. Your email address will not be used for any other purpose, and you can unsubscribe at any time.

Send a message to Book From Tape Acting Studios:

From Audition --->Booking. This is how we Book From Tape

From Audition——>Booking. This is how we Book From Tape

Audition Tape to Booking. This is how we Book From Tape. 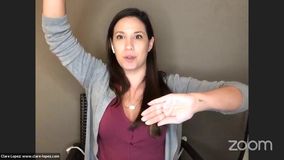 Wednesday night with Clare and Jordan 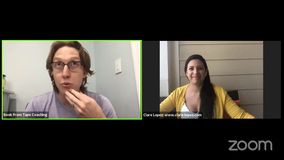 90-Second Reel *NOT SAFE FOR WORK*

How to Keep Training! 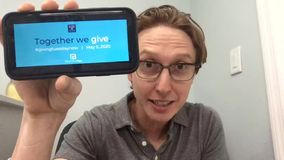 Help us give back! 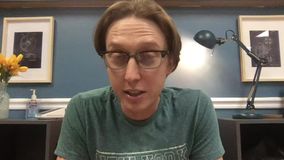 Planning Phases 1-3 and the Future

A Note From Jordan: Summer at Book From Tape 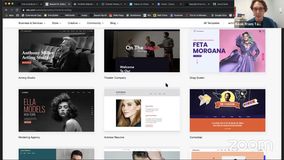 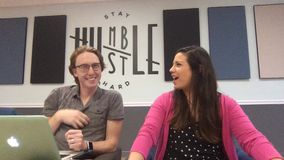 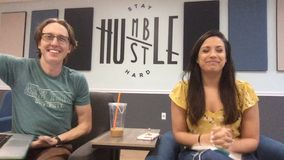 How to Pick Your Strongest Headshot

Other Arts & Entertainment in Orlando