The Ohio Community Theatre Association was formed in December 1953 with sixteen theatres. For over 60 years, OCTA has provided support to community theatre

Due to COVID this event is canceled.

The Winner of the Patron Scholarship $500.00
Rachelle Snyder - East Region

Next Weekend is Southeast Regional!

Thank you for participating at Central Region! Amazing start to the OCTAFest season!

We are Back! It’s so good to be at the first regional in almost 3 years! Amazing way to start! Thanks Centeral region for being the first of 2022!

We can't think of a better way to spend a Saturday! Mark your calendars and make sure you attend the Central Region OCTAfest to catch an excerpt from all of these great shows and theatres.
#supportlocallivetheatre

Interested in seeing a variety of wonderful show excerpts all under one roof and reconnecting with old friends? Then join us on Friday, June 17 and Saturday, June 18 for a return to the live, in-person performance excerpts that you know and love! The schedule of events for the weekend is as follows:...

I wanted to inform you of the official status of this year's NE OCTA Fest Regional. After numerous communications between theatres, delegates, representatives, and Board members, it was determined that there are NO theatres able (or interested) in entering the festival, NOR is there a venue in which to hold it. Therefore, at last Saturday's OCTA Board meeting, it was determined there would be NO OCTA Fest Regional Festival this year in the NE Region.

It is our hope that member theatres will start planning for the 2022-2023 season with the thought of allowing one of your productions to represent your theatre in next year's festival. At some point during the summer, theatre delegates need to meet and elect your Regional Reps for the upcoming year. At that time, the reps should begin planning for the 2023 NE Regional, in locating a venue and urging theatres to plan to participate.

The Executive Committee of the OCTA Board is more than willing to assist in any and all of these tasks. Please remember - COMMUNICATION IS A 2-WAY STREET. Please contact any of us with any thoughts, questions, or needs you may have.

I'm sorry I will not be coming to the NE Region festival this year. I will miss seeing my long-time friends and making new ones. We urge you to try to attend some of your fellow members' festivals around the State, and please consider attending the State Conference in Newark on Labor Day weekend.

Have a great summer, and we'll look forward to good things in the future.

After a two year wait, Steel Magnolias takes to the stage tomorrow!

The deadline for scholarship application is May 1st!

Are you a Responder? Register for our Free Refresher Class here: https://www.octa1953.org/

After a 2-year hiatus, we are quickly coming up to the 2022 OCTA Festival season. Due to the COVID interruption, the OCTA Board has approved a rule change for this year only. A member theatre may present an excerpt from any show that was produced or in production during the 2019-2020 season, the 2020-2021 season, or the 2021-2022 season, and not previously excerpted anywhere. Groups should start considering possible choices to bring to the 2022 OCTA Fest competition, and look into obtaining rights for any excerpt.

In addition, this is an AACT competition year. This means any theatre excerpt that advances to the State Conference, may choose to enter the AACTFest as well, with a chance to represent the state of Ohio at the AACT Region III festival next spring. More information on this option will be presented soon, but can also be found on the AACT website.

Since some theatres may be looking at reviving a show from the last year or two, OCTA would like to offer the option of using the Guide/Respondent program, to assist in the preparation of the excerpt. The Guide/Responder program helps new and veteran directors with their production or excerpt for a Regional OCTA Fest. It is not designed to tell directors what they are doing wrong, but offers a “fresh pair of eyes” viewing the performance, from the perspective of an OCTA responder. For more information on this, contact your Regional Rep. Application form is available on the OCTA website.

OCTA Updates from Jesse Bernal ! If you have any questions let us know!

Looking for some More Regional Reps for Central Region anyone interested?

You can book your room on-line now for State Conference.
https://app.thebookingbutton.com/properties/cherryvalleyhotel?promotion_code=OCTA

Get your Tickets! www.3bproductions.org! We open March 11th.

Patron payments are recorded on the calendar year, January 1 to December 31. Regional awards will be presented the following year after all payments are completed. Many employers have matching donation programs for non-profits, or volunteer hours - please check with your employer!

Updated Patron Program! You can even get a free Conference pass!
Chair Cover is now $50 and up.

Join us Friday night "On the Midway''. Each of our 8 regions are planning a spectacular opening night of fun, games, prizes, food and a few surprises. You will be able to enjoy both modern day and past memories of fun when going to your favorite fair or circus. The Midway opens at 8:30 pm and lasts....

Photos from The Village Players of Fort Thomas's post

Don’t forget about OCTA this Holiday Season. Here is a message from Santa 🎅
All Gifts can be sent to:
464 Sherwood Downs Rd South
Newark OH 43055

Hope everyone is staying WARM! We had our OCTA Retreat this weekend and wanted to give everyone a quick update on what was going on! Thanks Jesse Bernal

Have you ever wanted to know how to get on the Board for OCTA? Leave a comment we will get you info!

Little Mermaid Costumes for Sale! $5,000 or Best Offer! This is for the entire show. The Cost to build this was $30,000 send a message to Jesse Bernal or Joe Barton if you are interested in buying the show!

The Ohio Community Theatre Association was formed in December 1953 with sixteen theatres. For over 57 years, OCTA has provided support to community theatres through workshops, through the annual regional OCTAFests showcasing community theatre productions, and though our three-day annual conference. Today, OCTA serves over 100+ member theatres in five Ohio state regions including member theatres from across the Ohio River, Kentucky and West Virginia! Ongoing activities include this web site, a newsletter - CueLines - published five times a year, an annual call to conference, script lending library, guide/respondent/speakers bureau, monographs updating the OCTA Manual and, resource directory used to locate props, costumes, equipment, etc. We do this with an all-volunteer Board of Directors and one part-time paid staff position.

Be the first to know and let us send you an email when OCTA: The Ohio Community Theatre Association posts news and promotions. Your email address will not be used for any other purpose, and you can unsubscribe at any time.

Send a message to OCTA: The Ohio Community Theatre Association: 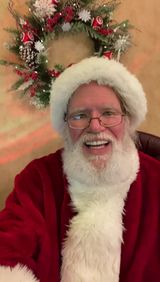 Did you add OCTA to your shopping list? We need your help! Please bring any of these items to your regional reps or board members! 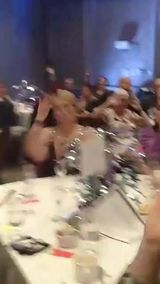 Hope to see you this weekend! Board Retreat! Only 4 days away

We love OCTA what about you?

Other Theaters in Newark

Great things coming from Actors Collaborative Toledo and our collaborating partners. Get details at www.act419.org.
Don't miss your chance to see these two great plays performed in repertory. The American classic Our Town by Thorton Wilder is directed by Sonia Perez and Middletown by Will Eno, a contemporary take on small town life, is directed by Dave Nelms. Actors Collaborative Toledo-ACT and The Toledo Repertoire Theatre join forces to present this unique experience. Tickets for both are available at www.toledorep.org.
FFP Announces Audtitions for "The Addams Family" Book: Marshall Brickman & Rick Elice Music and Lyrics: Andrew Lippa Director- Sam Henry Producer- Megan Meyer Music Director- Craig VanRenterghem Choreographer- Nikki Needles Produced in association with TRW (Theatrical Rights Worldwide) Audition Dates: March 13 & 14 at 7:30pm Show Dates: May 5-8, 12-15 & 19-22 Casting: 4 female and 6 male featured roles: Gomez Addams; Morticia Addams; Uncle Fester; Grandma; Wednesday Addams; Pugsley Addams; Lurch; Mal Beineke; Alice Beineke; Lucas Beineke The Addams Ancestors – 5m, 5w (or more if desired) Auditioners must be prepared to sing a 30-60 sec excerpt of a song. Please bring sheet music (a piano accompanist will be provided). They will also be asked to do some dancing and read excerpts from the show script. Audition questions can be sent to the director at: [email protected]. More info available at: https://www.fortfindlayplayhouse.org/addamsfamily/
Auditions for Weathervane Playhouse in Newark are Saturday and Sunday. They are looking for actors age 30-70+ for roles in 9 to 5, Steel Magnolias, 7 Brides for 7 Brothers, Murder on the Orient Express and Flashdance. Sign up for a time. New artistic director is looking for age appropriate actors and is willing to work with conflicts and understands locals have full time jobs. Use link to sign up for an audition time.
https://www.facebook.com/groups/848552985228844/permalink/4923425521074883/
FREE perusal scripts for the award-winning, Off-Broadway, 4-character backstage college musical. Please visit our website. "In these tight economic times, The Green Room's small cast & simple set requirements make it a perfect choice for regional and community theaters." Stage Scene LA
https://fb.watch/aRpoCbR4yl/
Auditions Announced for “The 25th Annual Putnam County Spelling Bee” at CPAC Auditions will be held at 6 p.m. on Tuesday and Thursday February 22 & 24 at The Cambridge Performing Arts Center for the musical “The 25th Annual Putnam County Spelling Bee.” Auditions are open to men and women ages 16 and over. Come prepared with a song – you may sing a Capella, with a recorded track (you provide the music and device), or accompanied on piano – you provide the accompaniment. Lines will be provided for you to read. This is a small cast production with no ensemble. All parts are leads. Rehearsals will begin the week following auditions, and show dates are the evenings of April 29, 30, May 6 & 7, and the afternoons of May 1 & 8. Directors are Lindsay Newman Mackie, Stephen David Wolverton and Music Director Janine Bock. Producer is Anne Chlovechok. CPAC is located at 642 Wheeling Ave. in downtown Cambridge next to Theo’s Restaurant.
Cast for "Escanaba in da Moonlight" Announced! FFP is delighted to present the cast for our upcoming production of "Escanaba in da Moonlight": Character- Actor: Albert Soady- Jim Toth Rubin Soady- Patrick Davis Remnar Soady- Jeff Ashley Jimmer Negamanee- Wes Taylor Ranger Tom T. Treado- David Baumann Wolf Moon Dance Soady- Heidi Munoz Written By: Jeff Daniels Director: Georgia Durain Producer: Barb Pace Produced in association with Dramatists Play Service, Inc. Show Dates: February 24-27 & March 4-6 2022 Tickets go on sale to the public on Feb. 14th. Patrons can reserve their seats starting on Feb. 7th.
Look who Jeff wrote about in The Blade Today! Joe Barton 3B Productions OCTA: The Ohio Community Theatre Association Toledo Blade . #OhioTheatre #Toledo #ToledoOhio #ToledoTheatre #419 #3Bproductions #WatervilleOhio
Auditions Announced for Fort Findlay Playhouse's Production of "Escanaba in da Moonlight" Audition Dates: January 10 & 11 at 7:30PM Show Dates: February 24-27 & March 4-6 Written By: Jeff Daniels Director: Georgia Durain Producer: Barb Pace Produced in association with Dramatists Play Service, Inc. More information available at: http://www.fortfindlayplayhouse.org/escanaba/ Audition questions can be submitted to the director at: [email protected]
Don't miss this incredible play with an equally incredible cast. Alabaster is a darkly comic southern drama about love, art and the power of women. January 14-16. Directed by Fran Martone. Tickets are available at www.act419.org.