New photos! We've got a few more weeks at Blumenthal Performing Arts til May 22nd! Then come see us at Playhouse Square from May 26 - June 26.

Join us in Charlotte in April!

Because everyone deserves a slice of happiness… we are THRILLED to announce the beloved Broadway hit Waitress the Musical will return to Charlotte for a special 5-week engagement in our intimate, 442-seat Booth Playhouse April 19th – May 22nd! 🥧

Yes. We open in 76 days. 😃 Charlotte is the opening city on this special tour, hitting just a handful of markets around the country!

Kelly Clarkson Covers 'She Used To Be Mine' From 'Waitress' | Kellyoke

Filmed before we had to announce closing, we can't pass up this special moment from Kelly Clarkson!

In an extra special Kellyoke request from the hit Broadway musical "Waitress" created by Sara Bareilles, Kelly and her band Y'all perform a cover of "She Use...

We are heartbroken to announce that Waitress on Broadway will be closing effective immediately.

With only two weeks of performances remaining and due to positive cases of COVID detected in the company and crew at the Barrymore Theatre, the decision has been made to curtail the engagement which was scheduled to run through January 9.

This is not how we wanted to finish our run but are so grateful to every fan and theater-lover who visited the Diner these past few months.

Ticket holders will be contacted and refunded by their point of purchase.

Thanks for taking us to the moon!

Sometimes we wonder what “Bad Idea” would sound like with two fierce female voices... and then Ciara Renée, Gerianne Pérez, and Joshua Henry said "yes, and-"

Sometimes one bite is more than enough...

Using this photo to distract you from the fact that we only have one more month left on Broadway...

Wishing a very happy birthday to the queen of kindness and goodness Sara Bareilles!

Watch Ciara Renée and Joshua Henry sing an acoustic rendition of "You Matter to Me" backstage at Waitress on Broadway!

“Don’t be afraid of dying. Be afraid of never living.” #AdrienneHBO, an HBO original documentary about the life and legacy of Adrienne Shelly, the original screenwriter, director, and co-star of the Waitress film, premieres December 1 on HBO Max. CYBER MONDAY SALE! Use code WTSOC21 to save up to $60 on your next trip to the diner! https://bit.ly/3I3hkOT

We have a sweet #CyberMonday treat for you! 🥧🎁

Head over to the Broadway Merch Shop and use special code HOLIDAY20 for a 20% discount on all #WaitressMusical merch, good for 24 hours only! See what giving can do at bit.ly/CGWaitress

SNEAK PEEK of Ciara Renée and Joshua Henry in rehearsal for Waitress! Catch them both in the diner starting November 29!

Today we mourn the loss of Stephen Sondheim. We remain inspired by his life, his storytelling and his invaluable contributions to the art of theater. Thank you for everything, Stephen.

Double trouble! Our current Jenna Jennifer Nettles got together with incoming Jenna Ciara Renée to play a game of Pass the (hot sweet potato) Pie!

The Doctor is in! Only a few more days to catch Erich Bergen, Jennifer Nettles & Nik Dodani in Waitress!

The news is out! Catch a performance from Jennifer Nettles and Erich Bergen on the CBS Thanksgiving Day Parade broadcast!

Jennifer Nettles is in her final few performances at the diner! Leave us a 💗 if you stopped by during her shift.

Visit the diner as a VIP! Bid now for the ultimate WAITRESS experience at the Ethel Barrymore Theatre. The package includes: (2) Premium Orchestra ...

Was going to make a "pretty good bad idea" pun, but Ciara Renée and Joshua Henry in the diner is just A REALLY GOOD IDEA, OKAY.

Get a behind-the-scenes look at Stephanie Torns and Maiesha McQueen as they recreate the classic "The Only Sure Way to Make it to Broadway" MTA campaign!

We are thrilled to welcome Joshua Henry to our Broadway cast as Dr. Pomatter and Tyrone Davis Jr. will be taking over the role of Ogie starting November 29th!

Isn’t it amazing what comes our way! Jennifer Nettles made a special stop this week to the Drama Book Shop to surprise one of the best @WaitressMusical fans we know, Lizzie! 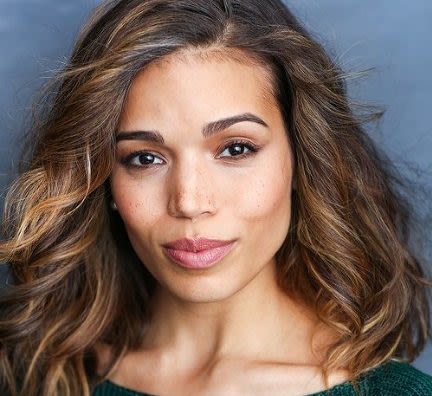 Welcome to the diner, Ciara Renée ! Ciara will be joining our Broadway cast as Jenna on November 25th! 🥧 🥧 🥧

Ciara Renée will take over the lead role of Jenna in “Waitress,” the musical announced Tuesday. Renée, who previously starred as Elsa in “Frozen” and the Off-Broadway show “The Wrong Man,” will begin in the role on Nov. 29. Jennifer Nettles, the current Jenna, will play her final perfo...

Watch Jennifer Nettles perform "What Baking Can Do" in her final dress rehearsal before opening night! Don't miss her stunning run in Waitress 'til November 24th!

Be the first to know and let us send you an email when Waitress the Musical posts news and promotions. Your email address will not be used for any other purpose, and you can unsubscribe at any time.

Send a message to Waitress the Musical: 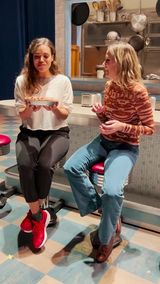 POV: Cal's kitchen at Joe's Pie Diner! 🥧 Order up! We’re so excited to start our FIFTH week of Waitress the Musical at Booth Playhouse tonight! Who has their reservations? For tickets, visit: https://www.blumenthalarts.org/events/detail/waitress-1
#REVIEW - Waitress the Musical at Liverpool Empire "felt like a gooey cherry pie"
Happy Mother's Day from our amazing local "Lulus" Bethany and Heidi - currently starring in Waitress the Musical at Booth Playhouse! Two show Sunday coming up - who's joining us?! 🥧
We are loading in the national tour of Waitress the Musical as we speak! You don’t want to miss this show. Tickets are available online at www.brokenarrowpac.com.  The box office opens at 5:30 PM.  
Very theatrical few weeks coming up! Cabaret at Kit Kat Club on Wednesday, then the next 3 Saturdays are School of Rock the Musical, Waitress the Musical & my beloved Moulin Rouge The Musical - London 💜
History is happening and we just happen to be in the greatest diner in the world! 🥧 ⭐️ Heading into another 5-show WORK weekend with both Waitress the Musical and Hamilton performing in Charlotte! Who’s joining us?
#ICYMI Check out this fun interview from our friends at Charlotte Today with Waitress the Musical stars Stephanie Torns and Bryan Fenkart aka Jenna and Dr. Pomatter! 🥧 Who's ready for another fun 5-show weekend at Booth Playhouse?! Tickets still available! Visit: https://www.blumenthalarts.org/events/detail/waitress-1
Are you coming to see Waitress the Musical? 🤩 Our Jenna, Chelsea Halfpenny has got a special message for you ahead of the ground-breaking musical comedy arriving on Monday! Will you be treating yourself to "a slice of five-star musical pie" (The Times)? 🥧Performing from Mon 9th - Sat 14th May 2022! 🎟️ https://atgtix.co/3w36y6c
We've all heard of double casting, where more than one person handles a specific role (commonly done for children's parts in musicals), but how many of us have heard of "double breasting?" This is a rarely used term to describe efforts by producers where they organize a unionized, or Equity, show at the same time that they organize a non-union on non-Equity road show. Actor's Equity has dropped their efforts to represent the non-Equity national tour of "Waitress," which now lists the Saenger Theater as its last stop from June 10-12 on the tour. https://bway.ly/wq40v3#https://www.nytimes.com/2022/05/05/theater/waitress-equity.html American Theatre Critics Association Saenger Theatre Waitress the Musical
What a thrill seeing my former Waitress the Musical cast mate Ben Thompson on The Blacklist
There’s nothing like a slice of "And The Pursuit Of Happiness" pie in the city! Look who stopped by the diner to spill some tea with our three favorite waitresses? Charlotte audiences are lucky to be alive right now with Waitress the Musical and Hamilton in town at the same time! 🥧 ⭐️
These new production shots are getting us super excited for Waitress the Musical to come to town later this month!! 🎉 • The diner will be ‘opening up’ in #Cleveland from May 26!! Got your tickets? 🥧 🎟 https://bit.ly/3C9q82Y • #WaitressMusical #PlayhouseSquare #Broadway #BWYCLE #Musical