Sony Hall is the new premiere music venue in New York City focused on presenting world renowned performing artists across all music genres, powered by state of the art technology.

When Raekwon and Ghostface Killah come through, you know you’re in store for an incredible show. They did not disappoint. Even Ja Rule felt the vibe!

A pop of artistic flair to color your next great night out – that's the Sony Hall experience.

Check out this Raekwon and Ghostface Killah feature in The Source Magazine to review their night at Sony Hall!
https://thesource.com/2022/04/12/raekwon-ghostface-killah-purple-tape-ja-rule/

Raekwon and Ghostface Killah took to the stage of Sony Hall in New York City and performed an array of hits from the Chef’s classic solo debut album, Only Built 4 Cuban Linx, also known as The Purple Tape, with a band in live form.

Your upcoming Sony Hall lineup. Which show will we be seeing you at?

Check out Lit's new single from their upcoming album! They'll be at (le) poisson rouge May 10 (relocated from Sony Hall)

Lyric Video for "Kicked Off The Plane" by LitListen & Download here: https://orcd.co/kickedofftheplaneNew album 'Tastes Like Gold' out June 17th: https://orc...

Tonight's The Machine show has been rescheduled to April 27. All tickets for tonight will be honored.

Unfortunately due to Covid complications, tonight's show with The Machine has been postponed. We will have a new date shortly and all ticket holders will be notified. All tickets will be honored for the new date, and refunds will be available for those who cannot attend. We sincerely apologize for the inconvenience

Get in on the fun! The Machine are coming to Sony Hall on April 14th to perform their critically acclaimed Pink Floyd covers.

Tag us in a video of you lip-syncing "Another Brick in the Wall Part 2" for a chance to win (2) tickets to an upcoming show of your choice.

Get ready to rock with Spafford live at Sony Hall! Grab your tickets now -> https://bit.ly/SonyHall-Spafford

Only 1 week left until Will Downing plays live at Sony Hall! Get your tickets -> https://bit.ly/SonyHall-WillDowning22

Only 3 days until Raekwon & Ghostface Killah play live at Sony Hall! Get your tickets -> https://bit.ly/SonyHall-RaekwonGhostfaceKillah

Don’t miss The Far Side this weekend live at Sony Hall! Grab your tickets now -> https://bit.ly/SonyHall-TheFarSide

You don't want to miss the SFJAZZ Collective live at Sony Hall tonight! Get your tickets -> https://bit.ly/SonyHall-SFJazz

Don't worry, he'll be performing all different material at his April 7 + 8 performances at Sony Hall, get tix here > https://bit.ly/DougStanhopeSonyHall2

What should this album be titled? Drop your answer in the comments ⬇️⬇️

BIA brings her energy back to NY for a show her fans will never forget. #ArtistsInMotion

Be the first to know and let us send you an email when Sony Hall posts news and promotions. Your email address will not be used for any other purpose, and you can unsubscribe at any time.

Send a message to Sony Hall: 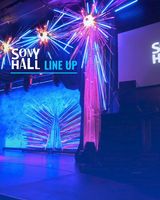 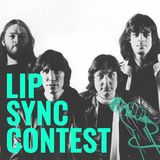 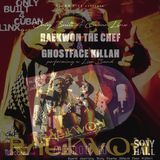 When will you be issuing refunds for the canceled ABC show from September? It's been over 60 days since the rescheduled show date!!
New Power Generation (npg) in New York Event Location 📍 Sony Hall, 235 W 46th St. New York Date & Time 📅 Oct 7th @ 8:00PM Visit the link for more info: https://bit.ly/3lmRrNF #newyorkcity #SonyAlpha
Have tickets for Mike Peters/The Alarm for the rescheduled show Saturday, October 10th. I have been trying to get a refund and Ticketmaster said your venue is not issuing refunds. What is the status? Are you issuing refunds or will the show be rescheduled? The show is listed for this weekend. Is there a new date?
anyone else not getting a refund for howard Jones or other shows that canceled, ticketmaster say waiting for money from sony hall/blue note blue note never answered email questioning what the True story is still no refund ???
ABC 2020 Live Stream 🔰OFFICIAL LINK🔴🆗✅ https://rentry.co/Sony-Hall 🔰OFFICIAL LINK🔴🆗✅ https://rentry.co/Sony-Hall
Is the music hall actually open? Ticketmaster and your site say ABC is playing Tuesday night, but concert halls haven't been allowed to reopen yet in NYC, so how is this going on and not being rescheduled? Please let us know!
Sony Hall- please officially cancel the rescheduled September 8th ABC/Martin Fry concert and let Ticketmaster know so that ticket buyers can get refunds.
I called Sony Hall and Ticket Master, no one is picking up the phone. The ABC concert for Sept 8th is still listed as going on? The Gov of New York said no inside concerts until further notice. When will we receive our refund? I paid $191.78? This is very bad business and makes Marty Fry look bad. Please contact us fans and let us know what is going?
How do I get my money back from you for the ABC show next show next week ?
Hey Sony Hall! How can there be an ABC concert next week when music venues aren't open in NYC yet?? And please, someone there please answer your phones or return messages!
I have repeatedly asked for a refund for a postponed gig and they refuse to give me a refund. Be careful when booking with this venue. A very amateurish organisation.
Sony Hall should honor my request to refund my $659 for tickets to the Harlem Gospel Church choir cancelled event from March 29. I live in California and rescheduling the event to some time in the future just isn't helpful for me. I won't be traveling to NYC for a long time. Anyone else being mishandled by Sony Hall and Ticketmaster?