WHAT WE DO:
-GRANTS to over 150 theaters nationwide
-FINANCIAL SUPPORT to agencies serving the arts community: HIV/AIDS programs, diversity initiatives, career transition services, and more
-SCHOLARSHIPS to graduating high school seniors in the arts
-AWARDS celebrating the talent of individual actors

After a two year pause, The Actors’ Equity Foundation is thrilled to announce our 2022 award winners! 🏆

Richard Seff Award for two veteran actors is awarded to Betsy Aidem (Marcel in Prayer for the French Republic) and Austin Pendleton (Mr. Oldfield in The Minutes).

Clarence Derwent Award for the two most promising performances of the season in a supporting role is given to Justin Cooley (Seth in Kimberly Akimbo) and Kara Young (Letitia in Clydes).

Joe A Callaway Award for the two best performances in a classical play is awarded to Carson Elrod (Dapper in The Alchemist) and Roslyn Ruff (Mrs. Antrobus in Skin of our Teeth).

St Clair Bayfield Award for most outstanding performance in a Shakespearean play is given to Amber Gray (Banquo in Macbeth).

Have you seen this year’s Roger Sturtevant Award winners? 🏆

📣 We are so thrilled to announce our 2022 Roger Sturtevant Award winners, Maya Christian and Sophie Mings!

Welcome! You are invited to join a meeting: Managing Audition Stress. After registering, you will receive a confirmation email about joining the meeting.

Join us on Zoom May 9th.

Ever had nerves run your audition off the rails? Or completely shut down when the accompanist messes up your song? Does thinking about audition waiting rooms make you sweat? Auditioning can be stressful, but that stress doesn’t have to derail your performance! In this ninety-minute workshop, you.....

For the Joey Grey fans 🎶

The Tony and Oscar winning Emcee chats about his most meaningful role and status as "legend."

Who caught these Broadway greats on the Grammy’s 🎼

Cynthia Erivo, Rachel Zegler, Ben Platt, and Leslie Odom Jr. took to the stage at the 64th Annual GRAMMY Awards to sing the music of Stephen Sondheim for the In Memoriam. The medley performance included 'Not a Day Goes By,' 'Send in the Clowns,' and 'Somewhere.'

We can't think of a better team!

The Drama League will welcome André De Shields and Denée Benton as hosts of the 2022 Drama League Awards nominations event on Monday, April 25, 2022 at 11:00AM at the New York Public Library for the Performing Arts (40 Lincoln Center Plaza, New York, NY).

Tag an EMC pal in the comments! 👥

EMC musical theatre actors — one week left to apply to be our next Roger Sturtevant Award winner! 🏆

The Dance Call That Went Viral on TikTok

Have you caught this viral TikTok trend? 👯‍♀️

The Muny’s online auditions for ‘Legally Blonde’ found an unexpectedly wide audience on the app, but were these dancers actually up for the part, or just building their following?

Johnson is the first Black actor to assume the role full-time at the Gershwin Theatre.

West Side Story is up for Best Picture at the 94th annual ceremony, set for March 27.

The program aims to increase representation and inclusivity in the American theatre.

How Well Do You Know the Theatre-Stacked Cast of HBO’s The Gilded Age? | Playbill

Who’s excited for this? 📺

Collectively, the cast of the new Julian Fellowes drama has over 20 Tony Awards.

Something to look forward to 🪁

The play with music will be staged at the Helen Hayes Theater.

It Takes a Virtual Village: New Motherhood, Theatre, and the Pandemic

As if having a baby while working in the theatre isn’t hard enough, the pandemic has only intensified the stress—and the need for networks of support.

Standbys Save the Day at Broadway's Come From Away | Playbill

Standbys, understudies, and swings save the day! 🪄

Where to Stream The Nutcracker, A Christmas Carol, More Holiday Productions | Playbill

For a festive week🎄

There’s plenty of shows to enjoy at home during the winter vacation.

Everything in Moderation: Rethinking the Talkback

Post-show engagement might take many forms, so why are we stuck with a one-size-fits-all Q&A format?

We are so grateful to John Michael Higgins, whose appearance last night on Celebrity Wheel of Fortune will benefit the foundation. We are honored to have been chosen; thank you for helping actors and stage managers across the country with this gift! 🎁 #celebritywheeloffortune

Watch John compete alongside Nia Vardalos and Jodie Sweetin for a chance to win $1M for the Actors Equity Foundation.

We have such thrilling news:

John Michael Higgins is going for a spin on #CelebrityWheelOfFortune! Watch him compete alongside Nia Vardalos and Jodie Sweetin for a chance to win $1M for the Actors Equity Foundation.

Giving Thanks: 44 Broadway Artists Share What They Were Thankful for in 2021 | Playbill

What are you thankful for this year?

Back to School After a Year of Hard Lessons

Lessons from the Great Pause.

Students and faculty reflect on returning to in-person education in acting, playwriting, tech, and more at some of the nation’s college theatre programs.

What’s the most exciting theatre news you’ve heard this month?

Productions will continue to require proof of full vaccination for theatregoers 12 and older, with additional guidelines for those 11 and under.

The two stars announced the casting news on their Instagrams: "Pink goes good with green."

Be the first to know and let us send you an email when Actors' Equity Foundation posts news and promotions. Your email address will not be used for any other purpose, and you can unsubscribe at any time. 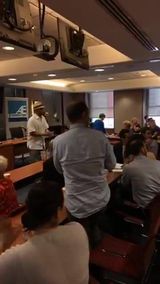 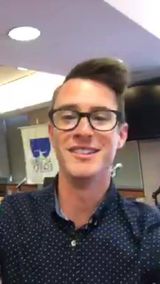 The Actors' Equity Foundation at the 2016 Tony Awards: Advice ...

The Importance of Live Theatre