Comedy and Trivia on 2/15/22 at Kalypsos Sports Tavern in Reston!

It's now easier to send Advanced Groove a message.

It's now easier to send Advanced Groove a message.

Socially Awkward & Distant Comedy Showcase at Abolitionist Ale Works on Washington St in Charles Town, WVA.
Precautionary measures: tables are six feet apart and room is at half capacity. Masks encouraged, contest for funniest mask ($25 gift certificate). Sanitizer and no touch interaction. Fans on for air flow and dispersal. Tickets are available for tables only- no individual tickets, no exceptions. Tables available: one 6 top, and several 4 tops. seating at 730pm, show starts at 8pm.

Baltimore Comedian Jason Weems is coming to MacDowell’s in Leesburg! He has appeared on NBC, HBO, Fox, the Apollo Theater & the Baltimore Convention Center. Jason is nothing short of a crowd-work comedic genius. He was profiled in a crazy article in the Washington Post here: https://www.washington...

Throwback clip! He's been at it a long time! Voted Top Comic in DC by Washington City Paper, JARED STERN is performing at MacDowell's Brew Kitchen in Leesburg this Friday with a great lineup of comedians including Gigi Modrich and Amir Yazdani.
ticket link: https://www.eventbrite.com/e/93587736439

Great comedy show tomorrow starring one of Virginia's hottest new comics! Buy tickets for this show and next weeks show and win free tickets to a secret national celebrity comedian's show in November.
Https://WinstonHodgesBlueIguana.eventbrite.com
Next weeks show is in the thread courtesy of John Coulter.

Sunday StandUp with Winston Hodges at Blue Iguana in Fairfax

One of Virginia's hottest comedians is performing here on SUNDAY for Labor Day Weekend. Tickets @ https://Winstonhodgesblueiguana.eventbrite.com

Winston Hodges is from a small town called Farmville (at least that is what he tells people, he is actually from a town so small he would know if you were from it!) in rural Virginia. He has spent his time working comedy clubs with his southern charm and edgy wit. His first time performing he won th... 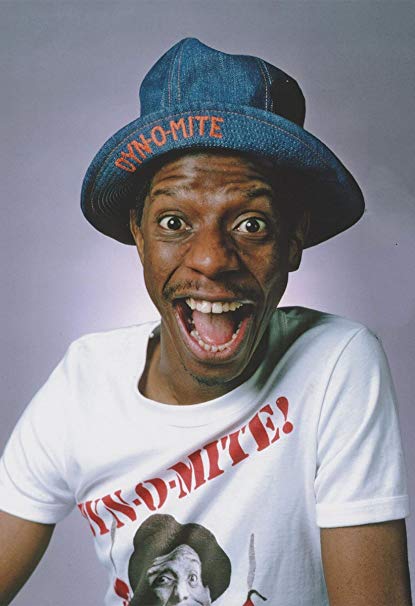 The ticket links were broken for a short period but they are fixed now. Seats are still available for the Jimmie JJ Walker StandUp Comedy Shows Next Sunday on August 18th at Blue Iguana in Fairfax and two Tuesdays from now on August 20th at Kalypsos in Reston. Hit me up directly for a group discount, I'll give you a code for groups of 4 or more.

Where to karaoke in Northern Virginia!

We got StandUp Comedy & Speed Dating Going on this Week! Scroll down this thread to find your ticket link!
-Thursday catch a comedy show with hilarious women at Hashtag Lounge in Alexandria, VA starring Violet Gray and a great cast of Baltimore funny ladies.
-Saturday at the Falls Church Community Center, we are holding a speed dating event for folks 50 and over. Sign up for your ticket before we reach our limit!
-Sunday Standup IS BACK this week at Blue Iguana in the Dining Room! Enjoy a hilarious performance by Blaire Postman, a regular in comedy festivals nationally and an opening act for Arsenio Hall. Seating at 7pm, show at 8pm. Also Performing: Chelsea Shorte, Christine O'Dea and Jamal Russel. Catch DJ John Coulter before & after the show.

August, get your tickets:)

Starring the man himself, Jimmy "JJ" Walker from the iconic siticom Good Times. He has performed standup for decades; he was on the cover of TV Guide and Jet Magazine, he was in a scene with Rock and Roll Hall of Fame singer Janet Jackson, and lent his likeness to an episode of Scooby Doo. Featuring...

We just added Dan Frigolette; a New York comedian to the show in Leesburg on Friday. Dan is from the Artie Lange Show, appeared on the Wendy Williams Show, and was in several episodes of HBO's Boardwalk Empire. He is currently on tour and we lucked out that he was in town this weekend!
facebook event page link; https://www.facebook.com/events/619641361881775/
Ticket link: https://www.eventbrite.com/e/sunsetcomedy-at-delirium-starring-jared-stern-w-host-joe-sable-tickets-62294097322

Be the first to know and let us send you an email when Advanced Groove posts news and promotions. Your email address will not be used for any other purpose, and you can unsubscribe at any time.

Other DJs in Fairfax

karaoke tonight at 8pm.... just over the train tracks and always fun. last wednesday of the month.