Check out Burnette on the BTinaB show this Thursday at 7pm...

The Prodigal Parents movie- A MUST SEE CLEAN COMEDY! DO YOU WANT TO LAUGH??? THEN WATCH TO THE END!!

One year ago today we premiered our first short comedy 'The Prodigal Parents'
If you're in the mood to chuckle/laugh/ smile, feel free to hit play...

What to do during the quarantine than to make a movie with you family. I hope you a few minutes to watch this short, hilarious, family fun comedy. Show us ... 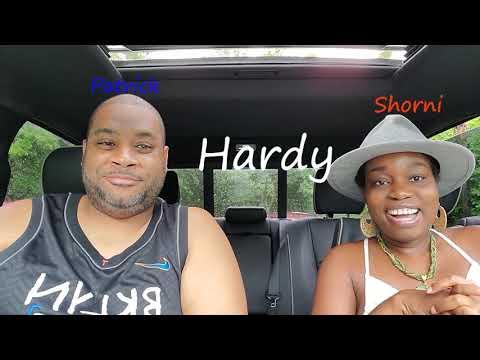 Been called many names (mule, barren & others) but GOD! After 16yrs, we are EXPECTING!

I've contemplated over and over for a couple of months whether I should share our testimony. Finally, after some discussion with the hubby, I've built up the courage to share. We hope that our testimony will inspire and renew your faith.
If you have a few minutes (30min) and you're not busy- feel free to hit play- get to know our journey a little bit more... There's so much more to share, but we tried to cut it down to 30mins...lol

Our Testimony:We've been married 16 years this year 17Jun2021. We've struggled over the years to start our family. I've been called so many names from being ...

If we were able to inspire one person, it was all worth it. Thank you Lonnda McCloud for this inspiring message. We are truly grateful for you taking the time to write to us and share your experience. We pray for success of your book and everything that you put your hands to- May God continues to bless you and your 3 boys.

A retired couple one day had a brilliant idea to sell everything they had and disappear without telling anyone; only to lose everything and now must make a decision to return home. A short 4min film just for fun... Ashlee Parris and Shorni Hardy stars in 'The Tale of Josephine and Miriam'

From all of us, have a wonderful Christmas and an abundance of blessings this New Year!

Check out My 3 Boys and The Prodigal Parents on https://www.irietimestv.com/tv-guide in the line up rotation for Friday and Saturday streaming.

Congratulation team! And thank you ICA - International Cultural Artifact Film Festival for the official selection. Awesome team! If you haven't seen the 20min short comedy yet, here's the link. It's the holidays, why not sit back, relax and laugh...? https://youtu.be/CWprAH0x1bs

It's official! Thank you all for your support. Cast and crew, you made this happened... thanks Europe Film Festival 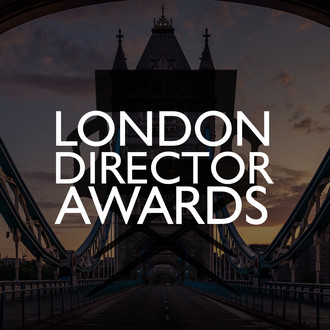 Congratulations cast and crew on the official selection! You can watch the short film 'The Prodigal Parents' on youtube
https://www.youtube.com/watch?v=CWprAH0x1bs&t=615s

Best Director Award is an international monthly competition, which runs throughout the year. Our mission is to recognize talent and passion and to award the ...

What to do during the quarantine than to make a movie with you family. I hope you a few minutes to watch this short, hilarious, family fun comedy. Show us some…

Following the premiere of The Prodigal Parents

Join us at 8pm for the premiere of The Prodigal Parents- movie
www.ashardifilm.com

Premiere of The Prodigal Parents-
www.ashardifilm.com

If you love to laugh, catch the premiere of the short, hilarious 20min comedy 'The Prodigal Parents' on Saturday at 8pm. Looking forward to seeing you. Don't worry, we'll be live all weekend... 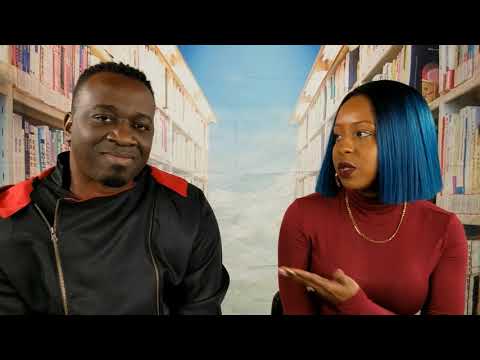 I am THAT GUY is a new web-series just for laughs.

We are back at it again. Why not use this time to make a comedy series?!!!!! Check out the promo video about our new series 'I am THAT GUY' starring Leaton Mitchell and Ashlee Parris- coming to a device near you! Also known as The YouTube and THE Facebook (Leaton's words)...

Only for laughs- Don't take things so seriously, smile!
https://youtu.be/_u9llCeJXSI

Congratulations on our very own My 3 Boys' star Kelvin Airemen on his graduation! Way to go sir. My 3 Boys family is very proud of you! 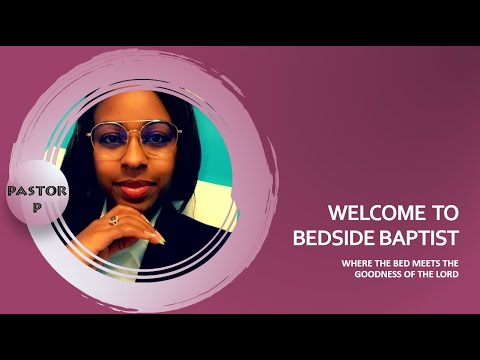 Easter Sunday at Bedside Baptist - a special service for my Papa & family since they're all at home in quarantine.

The Hardy's Home Improvement- Our Deck

The Hardy's Home Improvement- Our Deck

When we purchase our home, this 20 year-old deck was in much need of some TLC. Check out what we've done. This is my pops' handy work. The man is gifted- Gas...

Online Code Coaching Learn. Create. Grow The coders of today, are the superheros of tomorrow. Login Username Password Forgot your password? Quick Info Registration and Enrollment My class schedules are flexible and designed just for the student, which is why I have students fill out a request form s...

Vote for Harriet Burnette in the MFG Photo Contest.

All, please show our very Harriet Burnette, star of My 3boys and friend some support. Let's vote, vote and vote for her...

Which dress with She Choose?

This little munchkin would love your support. Please subscribe to her channel. Mack and her dad reviews dresses for the Father and Daughter Dance!

Check out these beautiful women (stars of My 3 Boys) podcast 'Talk About It NC' first of many to come!

Be the first to know and let us send you an email when A Shardi Film Production posts news and promotions. Your email address will not be used for any other purpose, and you can unsubscribe at any time.

Send a message to A Shardi Film Production: 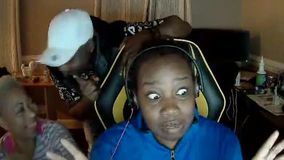 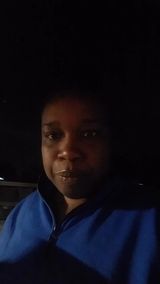 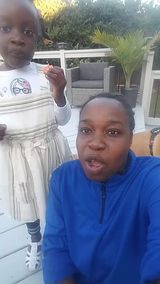 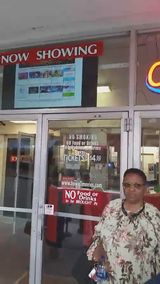 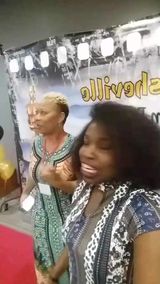 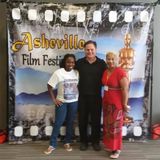 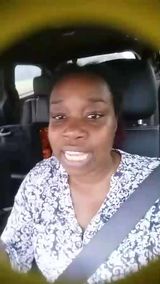 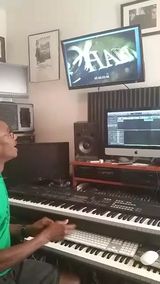 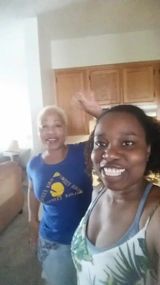 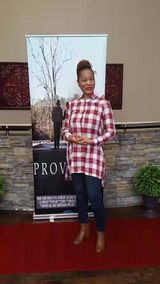 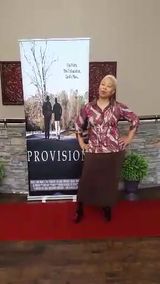 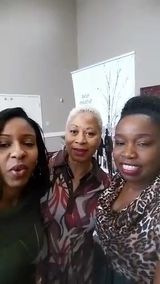 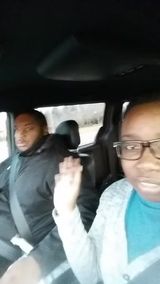 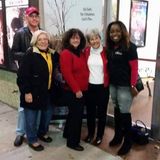 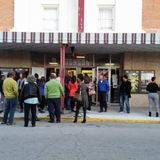 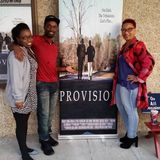 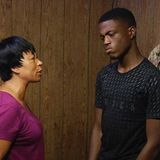 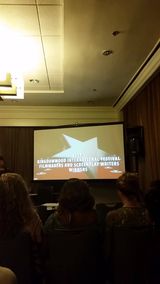 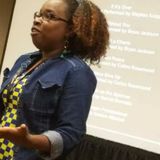 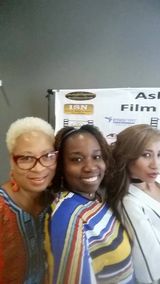 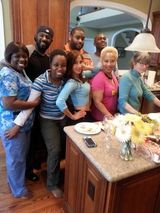 Other Arts & Entertainment in Clayton

Check out our very own Ashlee Parris from the movie My 3 Boys in this hilarious Easter Sunday video. Her one-woman service had e'rrbody in church. She is talented, funny and loves to make people laugh. Let's show her some support.

Thanks for the laughs Ashlee. We were right there with ya...!
Congratulations!
https://photos.app.goo.gl/e6f5kLLQNLug3Jfq7
https://photos.app.goo.gl/HpoG5NLNwB38FF5y5
https://photos.app.goo.gl/5SQdkW6ftGzBxXAu5
My 3Boys will be screened at the Branson Film Festival in Missouri April 5th at 7:30pm
https://www.bransonfilmfestival.com/showtimeswhitehousetheater2
Thank you Branson International Film Festival and congratulations to all the nominees: Harriet Burnette -best actress, Makari Garfield -best young actor, Joan Schumeyer -best supporting and best feature film. Awesome job guys!
Congratulations team on another selection and nomination for My 3Boys from the Branson International Film Festival
This is a student film. He looking to cast these roles. If you are interested, please e-mail me at [email protected]. Student film- no pay. Imdb credits only

Other Arts & Entertainment in Clayton (show all)