The best place for gaming in the galaxy! 💫
New releases & retro games, visit online or in-store! 💕 eStarland.com is the eCommerce branch of Connected Wire Inc.

(formally known as Starland Club), a retail chain originally based in the Washington DC area. Since 1991, our company has grown from an innovative, never before seen way of providing video games through a unique exchange service to a thriving eCommerce site focusing on the worldwide distribution of electronic entertainment services. Continuing the tradition of innovation, eStarland is furthering t

(formally known as Starland Club), a retail chain originally based in the Washington DC area. Since 1991, our company has grown from an innovative, never before seen way of providing video games through a unique exchange service to a thriving eCommerce site focusing on the worldwide distribution of electronic entertainment services. Continuing the tradition of innovation, eStarland is furthering t

Why can't I just play the games I already have? 💀

In case you missed it, our Black Friday sale is live! 🎁 bit.ly/eStarlandBF

Round 3! You chose your Series Showdown champions, now it's time for the real fight - Zelda: Ocarina of Time vs. Super Mario World! We know it's tough, so why don't you take some extra time to decide... FIGHT!! 🏆🥊

me risking my life at walmart on black friday:

We hope that all of you have a wonderful Thanksgiving filled with fun and family! Thank you all for your support, your community, and your kindness - we are so thankful for everyone who continues to make eStarland possible! ❤️🦃

The Gaming Holiday starts now at eStarland! Whether you want to grow your collection with God of War, or give the gift of gaming - we’ve got you covered this holiday season:

Is there a specific game in your life that you find yourself playing over and over again? 🤔💬

If only there was a better place to buy games… 😏

Time for the another Series Showdown! This round you'll decide which Mario game moves on to fight against Ocarina of Time, will Mario 64 take this battle to the third dimension or will Super Mario World stomp... koopas?! FIGHT!! 🏆🥊

nothing hits harder than a large sprite!! 🥤👾

Check out this f#$%ing God of War blooper 🤣

Check out this f#$%ing God of War blooper 🤣

Time for the first Series Showdown! This round you'll decide which Zelda game moves on to fight in the main bracket, will it be Link to the Past or Ocarina or Time?! FIGHT!! 🏆🥊

Why won't they stop charging us for stuff? 😭💸

Round 2 - it's time for a classic FPS face-off! This matchup is between GoldenEye 007 and DOOM - will the multiplayer mayhem win 007 the round, or will DOOM dominate the competition?! FIGHT!! 🏆🥊

📍How do you feel about your state? 🗺

Happy 10th anniversary to the Wii U! Do you have a favorite game from Nintendo's most underrated console? 🖤

🚨BREAKING NEWS: Yuki Naka has ESCAPED after ripping off a large piece of metal from a G.U.N. helicopter! He reportedly said "Talk about low budget flights, no food or movies? I'm outta here! I like running better!" and jumped out of the helicopter, spinning into the city on a metal board.🚨

The 90's Gaming Playoff is on! The first round is between BomberMan 64 and Kirby Super Star! FIGHT!! 💣⭐️

P.S. There are some changes to the setup explained in the comments, but for the most part - you know how this works! 💬

Today's the day, Pokémon Scarlet & Violet are out now! Which starter Pokémon are you choosing this time around? ❤️💜 bit.ly/Pokemon-SV

Who wants to go waterboarding with Sonic? 🌊🏄‍♂️

Anyone else still a Starland Club member? 😅

Our next Gaming Playoff will be a battle between 90s greatest hits! 💫

Comment to nominate your favorite game released in the 90s for a chance to get it on the bracket. This tournament will only vote based on the game alone, not any series or franchise as a whole - so keep that in mind! ❤️

An absolute chad, incredibly based. 🗿🗿🗿

why'd she have to be so dramatic about it? 💀

It's time to choose the next tournament! 🏆

You Can Now Read All 285 Issues Of Nintendo Power Online

This is an incredible trip down memory lane!! 🙏❤️

If you’re in the mood to reflect on simpler times, you’ve got over 200 issues of the classic magazine to digitally sift through

Thank you to everyone who voted in this Gaming Playoff - it was definitely one of the most unpredictable yet! As always, we'll be doing another soon, and we'd love your ideas for a new topic! 💬

never forget what they took from you 🗿🗿

Why are so many Pokédex entries so messed up? 😭🔥

Which Pokémon version will you get this time? ❤️💜

The Game Awards 2022 Nominees have been announced! Which of these games is your Game of The Year? 🏆✨

Final Round - Resident Evil narrowly won against Fatal Frame at the 24 hour mark, so it moves on to face-off against Luigi's Mansion! Which will be crowned the best horror franchise?! FIGHT!! 🏆🥊

who else loves watching the sunset so early? 🥴

Be the first to know and let us send you an email when eStarland posts news and promotions. Your email address will not be used for any other purpose, and you can unsubscribe at any time.

Send a message to eStarland:

Even the God of War Makes Dad Jokes

Even the God of War makes dad jokes! 🤣 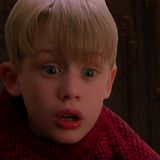 Have a happy Halloween, ya filthy animals. 🎃

Chris Pratt vs Bowser by @Buzz_Lighthole

Happy Friday!! Here's one of the greatest thing we've ever seen...

The Game Boy DS is CURSED. Where can I get one? 😅 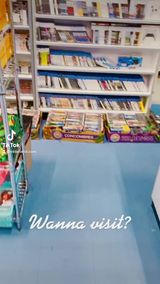 Did Willy Wonka have a video game factory, too? 🥰

Someone put Shrek in Spider-Man, and – 🫣

A Review of (almost) Every Zelda Game in 2 Minutes

A review of (almost) every Zelda game in 2 minutes:

Yakuza Is The Craziest Game of All Time

Yakuza is the craziest video game ever made. 🫣

Who knew Hawkeye did all his training in Wii Sports? 🏹

Oshawott is a Sleepy Domino

Why the bike in Pokemon is so expensive

This fan-made 3D version of Pokémon Red is PERFECT! 🙏 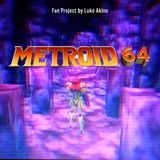 A Metroid fan has made a prototype of what Metroid 64 might've looked like, and the results are pretty amazing! ☄️ bit.ly/Metroid64

Check out this unique N64 trade-in! 🤯 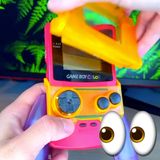 YOU FOOLS, THIS ISN’T EVEN MY FINAL FORM 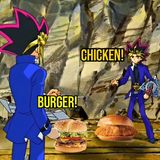 We can't believe this is real. 😭

This unboxing is going to make you very jealous! 👀 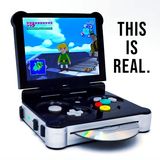 Who wants to play on the GameCube Portable? 👀

Despacito, but it's sung by Sprigatito. 🎤🐈

How to Get Motivated 💪😤

This is EXACTLY the kind of motivation gamers need! 💪😤 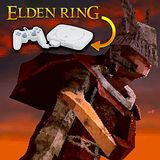 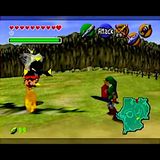 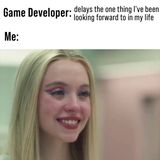 When The Game You Want Gets Delayed 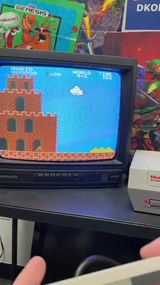 Your Childhood Was A LIE!

Your entire childhood was a LIE! 💀 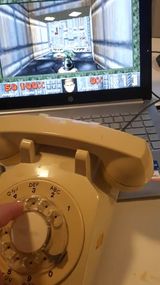 Playing DOOM With A Rotary Phone

Here it is, the worst way to play DOOM...

We have some classic gems that we haven't seen in awhile in today's unboxing! What would you want from this box? 📦

You will not believe the condition of some of the games we got in this trade-in. They are PRISTINE. What would you want from this box? ✨👀

eStarland.com is the eCommerce branch of Connected Wire Inc. (formally known as Starland), a retail chain originally based in the Washington DC area. Since 1991, our company has grown from an innovative, never before seen way of providing video games through an unique exchange service, to a thriving eCommerce site focusing on the worldwide distribution of electronic entertainment services. Continuing the tradition of innovation, eStarland is furthering the concept of eCommerce while emerging as a leading supplier in the domestic and international electronic entertainment industry.

Oh, so that's why it keeps happening. 😭
This trailer is GOATed, pun fully intended. 🐐💥
The Switch moves on to face-off against the PS2! Now it's time for the Xbox 360 vs. SNES - both of these consoles defined their generations, but which will move on?! FIGHT! 🥊🏆
This was helicopter parenting back in the day. 🤷🏻‍♀️
I'm about to end this whole child's career. 😤
We're playing whatever you guys pick! 🙏
You should listen to the orange button... 🏃🏻
How's your week going? 🙃
Want to look like a boss?! Write our boss a message to read! It can be a joke, feedback, whatever you want! If he likes it, you win Bowser's hat. 🐢🧢
We really need to bring conventions back. 😳
I'm never saying how old I am ever again. 😭
The Dreamcast vs. PS2 round was BRUTAL, but we have a winner. Now which console will face off against the PS2? It's the Switch vs. NES! We have some Nintendo on Nintendo action (😳), but only one will move on. FIGHT! 🥊🏆
x

Other Chantilly arts & entertainment (show all)