Enjoy a delicious chuckwagon meal, made from scratch daily, and a show that takes you back in time with live music, hilarious comedy, and engaging entertainment, featuring the cowboy arts – whip cracking, shooting, and ropes. Doors open at 3:45 for our 4:15 show!

As a follow-up to my morning wake up today, this is a very powerful and memorable moment from our “Christmas On The Trail Chuckwagon Dinner Show.” I wrote this Cowboy Christmas Prayer for our chuckwagon cook, and comedian, Joe Baker, to deliver by the campfire, set to the instrumental veryof thoguys playing Away In A Manger. Just before delivering the prayer, Joe would deliver the verse from Luke 2:7 - “And she brought forth her firstborn Son, and wrapped Him in swaddling clothes, and laid Him in a manger, because there was no room for them in the inn.” It was particularly meaningful for me, because he used Dad’s preaching Bible, which I still have in my office to this day, and the prayer was a way to share the Gospel, while fulfilling the heart of one of Dad’s most memorable Christmas sermons , “Don’t Leave The Baby In The Manger.” I hope it blesses you guys this Christmas season!

Merry Christmas to all. We celebrate the beginning of God’s redemption for mankind today. Wise men still seek Him, but don’t leave the baby in the manger!

Trigger the Lives and Legendof Roy Rogers’ Palomino Beyond a great screen persona and the talent to match, what made Roy Rogers special was his proximity to a charismatic animal. Trigger was an equine reflection of his master and as much a star as leading ladies and sidekicks. While I eventually u...

CAPTION TIME! Wild turkeys were caught looking in on a southern Colorado home this Thanksgiving morning! Give us your best photo caption!

(Thanks to Mark for sharing this pic!)

That is what I call I good looking chick :)

A couple years ago, it was confirmed that an incredible, 400 year old Greenland shark is the oldest vertebrate animal on the planet that we know of. This

Why go shopping when you could hang out with us instead?

☞Today in Old-West History -- On today’s date 137 years ago during the Victorian Era on Wednesday, November 29, 1882, notorious Old-West female outlaw Anna Emmaline McDoulet (1882-1978), better-known as “Cattle Annie,” was born at the city of Lawrence in Douglas County, Kansas. McDoulet, is best-known as the partner-in-crime of Jennie “Little Britches” Stevens (1879 - unknown). Together, they became the famous female outlaw duo known throughout the Indian Nations & Oklahoma Territory as “Cattle Annie & Little Britches.”

☞According to Wikipedia:
Their exploits are known in part through the fictional film “Cattle Annie & Little Britches” (1981), directed by Lamont Johnson & starring Amanda Plummer in her film debut as Cattle Annie, with Diane Lane as Little Britches.

Cattle Annie & Little Britches were crack shots with both pistol & rifle, but today they are mostly unknown outside of the film. Yet they were once among the most recognized names among outlaws in the Oklahoma & Indian territories, where they carried out their short-lived criminal ventures.

☞According to the Oklahom Historical Society:
Legend tells that outlaw “Cattle Annie” (Anna Emmaline McDoulet) & her sidekick, “Little Britches” (Jennie Stevenson Midkiff), were spies for or part of the Doolin Gang. Born in Kansas on November 29, 1882, Emma McDoulet was the daughter of Judge J. C. & Rebecca McDoulet. Judge McDoulet had studied law in Kentucky & served as a justice of the peace in Red Rock, Indian Territory, as well as an attorney for Indians living nearby.

In her youth Emma McDoulet worked in restaurants & as a domestic until she turned to crime. She bought a pony & saddle & with Jennie Midkiff roamed the territory. She was living on the Otoe Reservation when she & Midkiff were arrested for selling liquor to Indians. In September 1895 McDoulet was remanded to a reformatory at Framingham, Massachusetts. Prison records describe her as single, age sixteen (she was actually thirteen), five feet, three & one-half inches tall, & weighing 122 pounds.

Over the years various legends developed about Oklahoma's most famous girl outlaws. Numerous reports attributed the girls’ capture to Deputy U.S. Marshal Bill Tilghman. Tilghman probably never had anything to do with the event, as newspapers credit the arrests to Sheriff Frank Lake & deputy U.S. marshals Steve Burke & Frank Canton. Records do not indicate that either girl had been involved with the Doolins or any other gang.

Reformatory records do indicate that Anna did not wish to return home, for fear that she would relapse into crime. After her release on April 18, 1898, she obtained a job, probably as a domestic, with a Mrs. Mary Daniels, in Sherborn, Massachusetts. However, McDoulet did return to Oklahoma.

She married Earl Frost in Perry, Oklahoma Territory, on March 13, 1901, & they had two children. In October 1909 in Noble County the couple divorced, probably because Emma had joined a Wild West show. Later she married Whitmore R. Roach, a general contractor, & they lived in Oklahoma City.

“Cattle Annie” lived out her life as a quiet, respectable bookkeeper. She was an active member of the American Legion Auxiliary & the Olivet Baptist Church. Emma McDoulet died on November 7, 1978, & was buried in Rose Hill Cemetery in Oklahoma City.

One of the most interesting things in the horse world is getting to know the different traditions all around the globe who have similarities but at the same time their unique cultural marks in the equine world. Every single country has its own traditions when it comes to horses, but what is even mor

The sun is risin’ on this cold November morn,

And I’m givin’ thanks to you that I was born,

In a land, and on the land where I am free to say,

That I can live my life out here, and live the cowboy way.

When I’m checkin’ cattle in the rain, or fencin’ in the snow,

I may forget to thank you, Lord but you are there and show

sky after the storm has passed and calves bustin’ through

Powdery snow on a frosty day, and the first green grass of spring,

Deer out grazin’ with the herd and the bob whites taking wing.

And I thank you Lord for my family, my daughter and my wife.

I thank you we can raise her up to live the cowgirl life.

I thank you for the year that’s past, and for the one ahead,

for old friends, and for new friends. I know I haven’t said

thanks enough, so I’m taking this special time to say,

thanks for your love and blessings, on this Thanksgiving Day." ~ Steve Lucas ~ This is Tim Cox Fine Art's PEACE OF MIND. https://www.timcox.com/collections/reproductions/products/peace-of-mind

Did you receive Tim Cox's latest brochure OUR OWN HEAVEN? We will be glad to mail you one! Just ask: https://www.timcox.com/pages/contact-us

Roy and Dale sings the FABULOUS number "THE NERVE OF SOME PEOPLE", with The Sons of the Pioneers, from their 1944 film, LIGHTS OF OLD SANTA FE. This number w...

Wishing y'all a safe and blessed Thanksgiving. Shan, me, Duke and the Beag are all thankful to y'all our extended friends and family!

This Bear Decided To Relax On A Couch Someone Threw Away

This Bear Decided To Relax On A Couch Someone Threw Away

Mandy Stantic and her family went to see some bears and found something they did not expect to see.

The woman rescued the pet "kitten" from the street and thought the animal was a normal, healthy house cat until she went to the vet 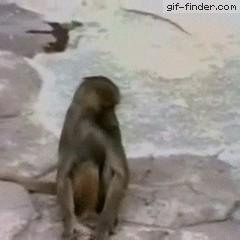 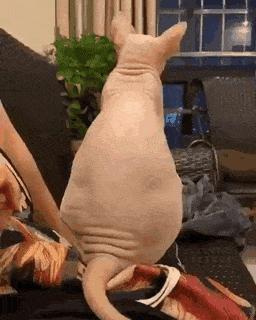 Somethin to chew on
A good horse works best when workin’ for someone that cares.....people do too

The Gunfighter staff hopes y'all have a fun Thanksgiving!

Thanks for keeping us safe. The Gunfighter Staff wishes everyone a great Thanksgiving Day!

Earlier today we brought a video about a jockey who jumped over the obstacles without a horse. Well, it is time to do the opposite thing now, but with barrel racing. Now the horse is giving barrel racing a try and he does not need a rider at all. I was a little scared at the beginning when I

Heavenly Father, thank you for that we have been blessed with - good health, a loving family, and wonderful friends. Happy Thanksgiving! From Tim Cox Fine Art~ All this is for your benefit, so that the grace that is reaching more and more people may cause thanksgiving to overflow to the glory of God.
2 Corinthians 4:15 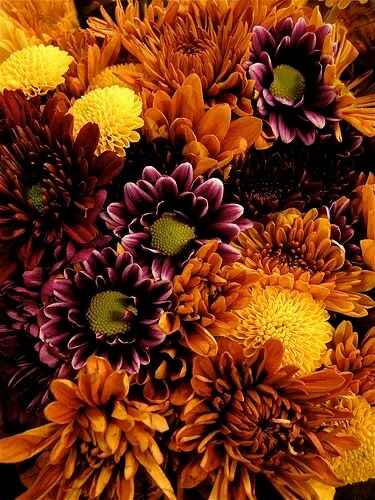 Be the first to know and let us send you an email when Roundup On The Trail Chuckwagon Dinner Show posts news and promotions. Your email address will not be used for any other purpose, and you can unsubscribe at any time. 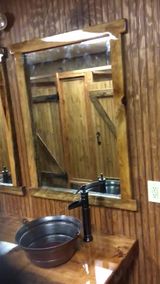 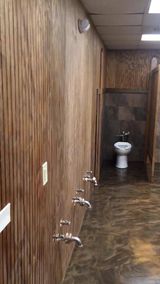 A Cowboy's Night Before Christmas 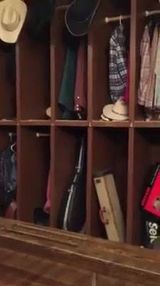 Other Live Music Venues in Branson