Ma'Sue Productions is an African American based theater company Our Vision:
We believe that art, in its highest essence, allows us insight into both ourselves and one another.

In this way we strive to create work that upholds and uplifts black lives and lived experiences, but that is embracive of diverse audiences.

In this way we strive to create work that upholds and uplifts black lives and lived experiences, but that is embracive of diverse audiences.

The music is going to be jumping Friday Night- May17th:
Hayden Gilbert and The Ruckus,
Nah Nah and @Ace Epps are performing!

Time to raise some money and the roof at Ma'Sue Big Blue Legacy Ball Fundraiser!

Don't be left behind! Buy your tickets to the Big Blue Legacy Ball today! This Friday at 6 PM for the film premiere and 730 for the music and dancing!

Our upcoming event Ma’Sue’s Big Blue Legacy Ball is a celebration of Ma’ Sue's 9 nine years of operation, but also it is also held in recognition of what inspires all the work we create; the legacy of black folks in this country and the contributions we have made to the artistic canon.

This is why we are calling it our Big Blue Legacy Ball.

We stand in humble gratitude to all those black folks who spoke with voices of fire to clear the path for us today.

We carry the torch proudly.

We are also aware of the young people who are coming behind us.

We hope our work endures and can inspire the next generation of black Artist in Akron to be unapologetically YOUNG, GIFTED and BLACK.

Tag yourself! This was an amazing event, we had so much fun!

Our Stories. Ours Lives. Our Choice.

Let's stand together in our power and create the world we want to see.

Nici Romo is thrilled to be performing in Blue, Miss Billie again. It is hard to believe it has been
three years since the last time she walked on stage as Donna and Millie. She has been busy
these last few years working on various stages across Northeast Ohio. Her favorite roles include
Mama Cass (Mama/Moon), Flo Owens (Picnic), Duke Senior ( As You Like It), Fran (1000
Hills), Trail Angel (Trail Magic) Lil Miller (Kindertransport). She works very closely with
Wandering Aesthetics in various roles and Co-Founded the theatre company Dunamis Theatre.
Nici works for Artful Living and Learning as a drama teacher and interacts with children all over
Stark County. She would like to thank Ma’Sue Productions for this wonderful opportunity to work
on this great show again, her mom for all her support, and Josie,Colton, and Roar for letting
mommy live her dreams. 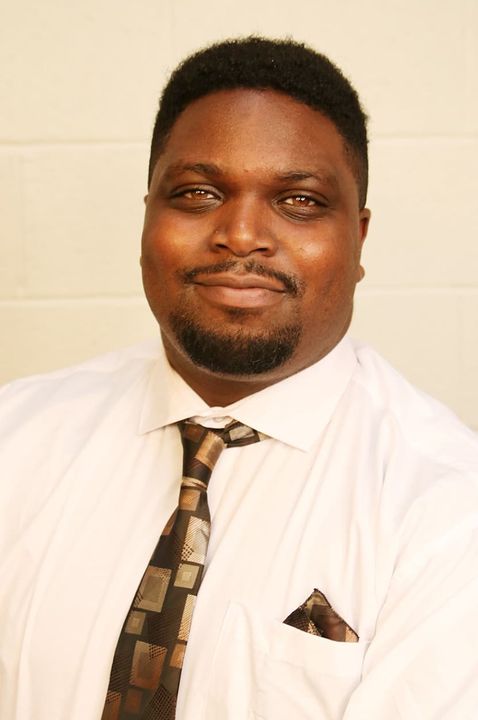 Ever since John Sturdivant was young, He had been entertaining. He made his professional acting debut in 2013, and have not looked back. He has appeared in a number theatre productions, working with some incredible names in the industry. He love acting; there is something so unbelievably gratifying about playing different roles, while putting my own twist on each performance. Contact him at https://johnnysturdivant17.wixsite.com/johnsturdivant to find out more information. Follow him on Twitter as Sturdivant17_J and on Instagram johns.sturdivantactor

Ma'Sue Productions is honored to welcome John as a new member of our family. 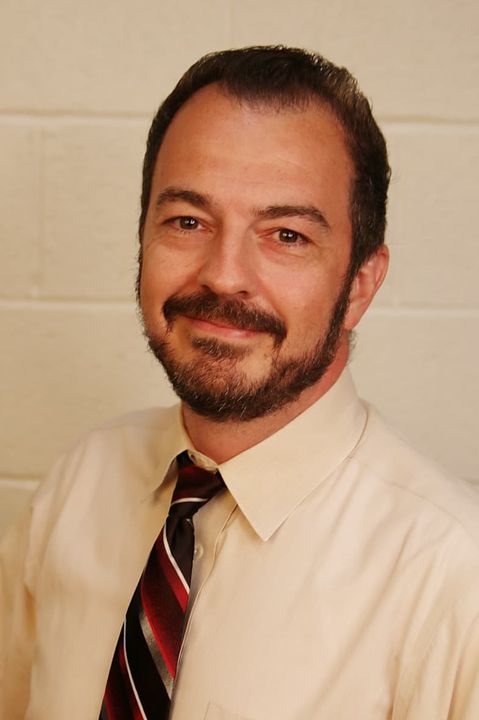 Eric S Grow is excited to be a part of this talented cast making his debut with Ma’Sue productions. Eric has appeared in theatre productions including recent credits in the farce It Runs in the Family (Dr. Mike Connolly), Fall of the House of Usher (Ed Allen), Children’s Letters to Satan (Multiple Roles), The King & I (The Kralahome), and Annie (ensemble). Eric has trained in Meisner, Improv, and Scene Study from Cleveland’s own Houde School of Acting. Most heartfelt thanks and appreciation go to John Dayo-Aliya and the rest of the staff for inclusion in this amazing work. 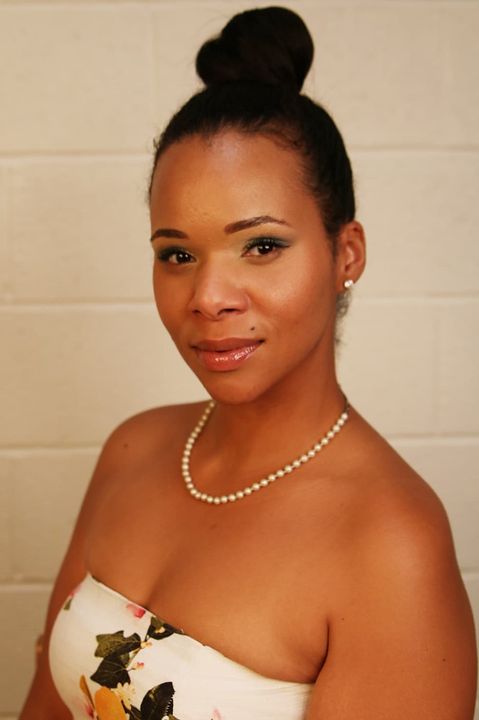 Erica Wright just might appear on your TV one day. “I love the spontaneity of TV,” the 1999 Firestone High school grad says. “You never can guess what’s going to happen next.”

Erica’s broadcasting career started many years ago as a news reporter for “Kids Voting in
the 20 th Century,” a local program completed as a student at Miller South School for the
Visual and Performing Arts. As a theatre student there as well as at Firestone, Erica made
the most of her opportunities to appear onstage. Once she even shared the stage with then
president Bill Clinton at a Race Forum held at E.J. Thomas Performing Arts Hall, which aired
nationally on C-Spann. She appeared in several productions at Firestone including You Cant Take it With You, The Real Inspector Hound, and Much Ado About Nothing. She was a member of Firestone’s first
VPA Theatre class.Erica has pursued a wide range of professional experiences through internships.
Erica’s adventures have allowed her the opportunity to be shown in tons of commercials,
fashion shows, calendars, magazine covers, flyers, and other media outlets. Most recently,
she has been featured on Youtube as a beautiful plus model, an amazing host with a demo
reel featuring top R&B artists, comedians, and a host of talented entertainers. She has also
been featured hosting a show on youtube.com for Massachusetts Single Magazine called
MSMTV Barhoppers and BostonColor.com.
She hasn’t given up her dreams yet. Erica still plans to host her own show.

Ma'Sue Productions is proud to add her to our family! 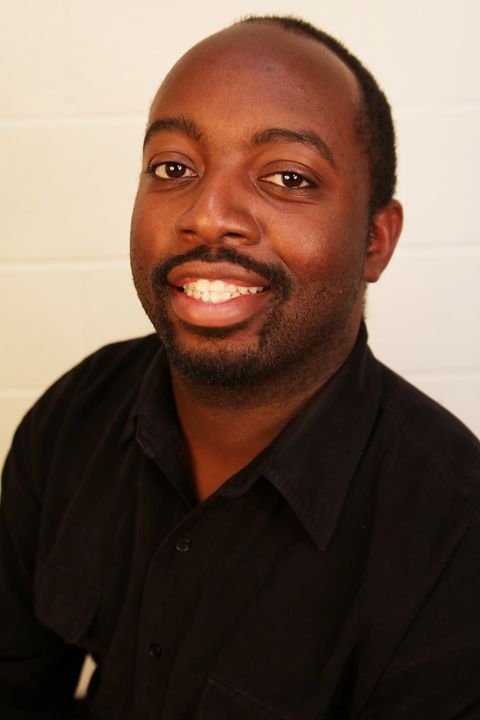 ***MEET THE CAST OF BLUE,MISS BILLIE***
Austin Blake Sasser as "T-Boone"
Austin Sasser has been acting since his freshman year of high school starting with his debut performance in the musical Hairspray. He now attends Baldwin Wallace University and is continuing his love for acting. He has been in many shows including: Too Kill a Mockingbird, A Raisin in the Sun, Almost, Maine, Terms of Endearment and many more. His ultimate goal is to pursue a career in acting through several different mediums including TV, movie and stage. He would like to thank the cast, crew, director and all his family and friends for all their countless times of support and love throughout the years! He can’t wait to see what comes next!

Lorus has a message for you!
Don't the miss show this weekend!
get your tickets at www.masue.org

Keana Seals is a graduate from Kent State University who received a Bachelors of Science ,but fell in love with the stage! Keana has performed in multiple productions such as Annie, Letters, "Blue" Miss Billie, Getting Understanding, Tour of Black History, Judgement Day, Because She's My Mother, I'M Black Ya'll and My Life Still Matters.

Keana thanks her family and friends for always encouraging her to pursue her dreams. She is also honored that John Burton invited her back to work on yet another amazing production!

We are proud to call Keana family and we are so blessed with her and commitment to our vision. we love you Keana! #bluemissbillie #masueproductions

T-Boone has a message for you!
Do you have your tickets? SPREAD THE WORD!
#masueproductions #bluemissbillie 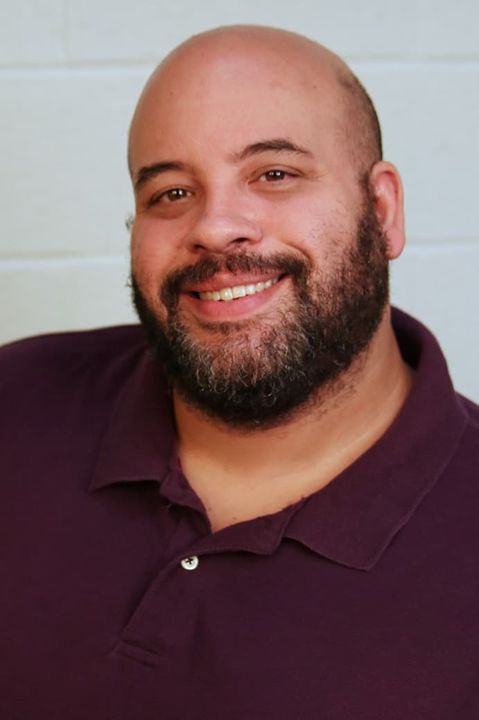 Tyson is returning to acting after a near-death experience. He's incredibly excited to be in Blue Ms. Billie on the 3 year anniversary of its debut. Tyson is coming from the acting World from a very diverse background. Previously he has worked as a jeweler, bouncer, camp counselor at a dog daycare (he is fully versed in canine CPR and first aid), underwater welder, surgical technician, and data analysis for a financial advising firm. In his spare time he enjoys making his brothers feel inadequate with all the great skills he possesses, teaching his nieces and nephews about the true joy of life, and recently beginning to remodel his home with his own two bare hands. He is truly a prince among men. 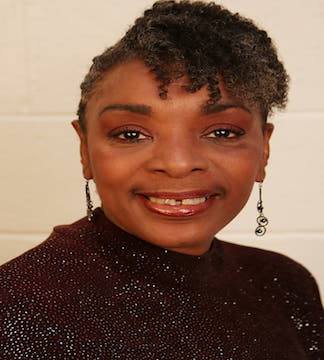 Caorl proudly returns as Billie Holiday following a successful run as Mrs. Fleming in “Heather’s, The Musical”. A native of Akron Ohio, Caorl became a theater major at The University of Akron following a battle with breast cancer, and quickly found herself devoted to The Arts. Caorl aims to continue utilizing The Arts in changing lives and strengthening communities.

Ma'Sue Productions is so proud to have this wonderful talent a part our family! #masuepruductions #bluemissbillie

Are you feeling fancy? Get a one of kind front row experience with cabaret seating!#masueproductions #bluemissbillie

Be the first to know and let us send you an email when Ma'Sue Productions posts news and promotions. Your email address will not be used for any other purpose, and you can unsubscribe at any time.

Send a message to Ma'Sue Productions: 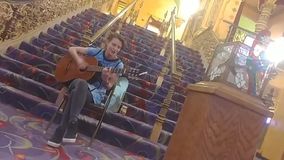 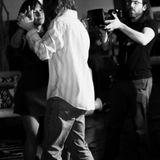 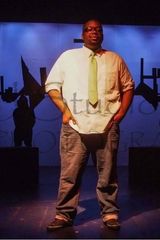