Text and images by Carine Ouvry-Bormans. 429 women! This year 429 women took part in the yearly paint contest in Siby, a village about one hour driving from Bamako, the capital of Mali in West-Africa. These women compete for the most beautiful natural decoration on walls, houses, grain containers or...

Masai woman brings hope to her formerly nomadic people by creating an oasis in the desert A young Masai woman and her husband have built a lush 5-acre food forest in the middle of the Great Rift Valley, where the surrounding savanna is rapidly transforming into a desert. A growing […]

“She’s seven years old! She will be a good mare!”

She was felt, naked, by many hands.

At thirteen, she was already writing poems in a language that was not her own. No one believed that she was the author. At the age of twenty, Phillis was questioned by a court of eighteen enlightened men in robes and wigs.

She had to recite texts from Virgil and Milton and some messages from the Bible, and she also had to swear that the poems she had written were not plagiarized. From a chair, she gave her long examination, until the court accepted her: she was a woman, she was black, she was a slave, and she was a poet.”

Phillis Wheatley, was the first African-American writer to publish a book in the United States.

This picture is not a picture of Phillis Wheatley but a portrait of Sarah Forbes:

At the age of five, Sarah Forbes Bonetta Davies, born into a Royal, West African dynasty, was taken to England and presented to Queen Victoria as a “gift” from one royal family to another. A unique and admired figure in history, she spent her life between the British royal household and her homeland in Africa.

Let’s remember both extraordinary women. I’ve advised the National Museum of Women’s history to change this photo of Sarah Forbes for a described painting of Phillis Wheatley. Thank you all.

A Kenyan woman is turning tons of plastic trash into super durable, lightweight bricks that cost a tenth of the price of normal bricks 29-year-old Kenyan inventor Nzambi Matee was tired of tripping over plastic in her home city of Narobi, which generates over 500 tons of plastic waste a […] * “I love your class! And your sweet but knowledgeable teaching!”

Song By Inna Modja#UnitedNations #WorldWaterDay For many of us, safe drinking water is usually only a few steps away – just open the tap at home, school, or ... 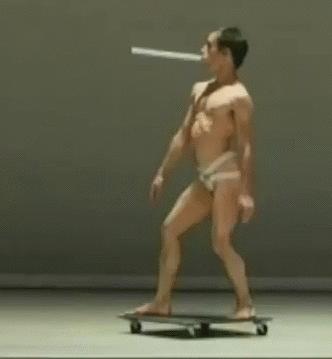 Jon Batiste - I NEED YOU

Belly Music is the future

francis kéré — founder of berlin-based kéré architecture — is the 2021 recipient of the thomas jefferson foundation medal in architecture. born in burkina faso and studied in germany, the award-winning architect has become recognized for his community-focused approach and commitment to local...