Wouter Paijmans, 2021⁠⁠
tent, nylon ripstop, zipper, tent accessory, polyester hoody’s, 140x160x140 cm⁠⁠
⁠⁠
Wouter Paijmans exchanged the paintbrush for needle and thread. The melancholy of abandoned stores, empty shop windows, sales of redundant stock and imitation clothing are reoccurring elements of mass consumption that appear in his works.⁠⁠
⁠⁠
The artist teases himself into boredom by reproducing copies of mundane textile objects. This methodology of repeatedly making the same introduces the notion of ‘confection’: the use of ‘original’ work as a blueprint for ‘imitations’. Paijmans acts both as the sewer as well as the manager of his own sweatshop. ⁠⁠
⁠⁠
#wouterpaijmans #art #contemporaryart #confection #copy #annetgelinkgallery

Roger Hiorns, Untitled, 2021⁠⁠
⁠⁠
Beautiful special edition by @roger_hiorns! ⁠⁠
⁠⁠
In hopeful anticipation of spring, Annet Gelink Gallery is proud to present the release of a special edition by Roger Hiorns.⁠⁠
⁠⁠
Hiorns' reinterprets his 2004 work 'Leaving London', to produce a series of works that explore ideas about the re-expression of archetypes. Hiorns uses the form of male genitalia, to create a semi-abstract totem. In so doing, the work presents a talisman of abundance and good will that imagines the representation of a part of the body, re-drawn as a type of directional map towards a future that encourages the wider use of our bodies. The works is both a sign and intention.⁠⁠
⁠⁠
The series encompasses 20 unique works, each circa 70 x 60 x 15 cm. Each edition is available for €795 incl. VAT.⁠⁠
⁠⁠
To reserve your work please email us at [email protected]. First come, first serve.

How the Studio Museum in Harlem Transformed the Art World Forever

☕️🗞 Read about this amazing group of Black women artists, among which Steffani Jemison

Its influence has never loomed larger.

Poetic works with a basis in science

Read about art and science in the latest selection of works on Gallery Viewer curated by Galeriereporter, featuring a work by Sarah van Sonsbeeck ✨

This collection connects two of my great intellectual loves: art and science. In the past, I wrote my bachelor's thesis on the scientific... ☕️📰Morning reading with the interview to winner of the second annual Robby Müller Award Kelly Reichardt on de Volkskrant.

Each year on the occasion of the International Film Festival Rotterdam - IFFR, the award honors a filmmaker, visual artist or director of photography who throughout their oeuvre has created an authentic, credible and emotionally striking visual language, in the spirit of the late Robby Müller.⁠
#RobbyMüller

Interesting article in Het Financieele Dagblad on the Dutch art market in 2020, including an interview with Annet Gelink!

Brilliant Things to Do (or Dream of Doing) This January

The exhibition 'Valentino: Re-Signify, Part One' featuring Polaroids by Robby Müller, is among the brilliant things to do this January for AnOther!

The show at the 上海当代艺术博物馆 Powerstation of Art, Shanghai is open until Saturday, January 17

Check out the article:
https://www.anothermag.com/design-living/13034/brilliant-things-to-do-this-january-exhibitions-films-food-drink-2020?utm_campaign=later-linkinbio-anothermagazine&utm_content=later-13355542&utm_medium=social&utm_source=instagram

2021 is here, and while lockdown is still in place for many, we've compiled a list of excellent things to eat, watch, and at the very least look forward to doing this month

🎉We are very proud of representing Meiro Koizumi, nominated by Artsy among the 10 Japanese artists shaping Contemporary Art.

Yurie Nagashima, Tadasu Takamine, and Yuko Mohri, among others, are expanding narratives around Japanese art.

🎧 #podcast Can photography save us from ourselves? Prix Pictet has invited Awoiska van der Molen among the leading photographers to consider the power of the photograph in exploring the urgent environmental and social issues facing humanity today.

Can photography save us from ourselves? Leading photographers consider the power of the photograph to explore the urgent environmental and social issues facing humanity today. From the Prix Pictet…

Opening today, Valentino Resignify show at Power of Art in Shanghai features a selection of works by #RobbyMüller
🌹

New work by Antonis Pittas will be on view in the exhibition 'Refresh Amsterdam', opening tomorrow Friday 11 December at Amsterdam Museum

Be sure to catch it!

Around the world with Ed van der Elsken | Apollo Magazine

"‘Ed van der Elsken: Crazy World’ trains its focus on the working practice that makes the narratives in his photo-books so compelling – and so unmistakably his. Displayed across two rooms are clusters of individual black-and-white prints, primarily from the 1950s and ’60s, that take a variety of approaches to the same subject, demonstrating Van der Elsken’s search for the perfect shot."

Wonderful article in Apollo Magazine on Ed van der Elsken's work and the exhibition 'Crazy World' on view at the Rijksmuseum, Amsterdam!

The globe-trotting Dutch photographer was always on the lookout for a good picture – and took some 100,000 of them

What a nice story for this Amsterdam Art Gallery Weekend: the lady in the picture, photographed by Ed van der Elsken in 1983 has been found #powerofart

Galleries are open today from 12:00-17:00 hrs! Or view our live program at the Stedelijk YouTube channel from 12:00-16:00.
.
Fun Fact: on Friday we received a phone call from the lady who is pictured on our poster. She’s now in her 70s and she was very delighted to see her photo all over town 40 years later.
Image courtesy of Annet Gelink Gallery
.
.
#contemporaryart #visitart #buyart #artinamsterdam #amsterdamart #galleries #museums #art

If you cannot join us at the gallery, be sure to tune in YouTube for a special coverage of the Amsterdam Art Gallery Weekend, streaming live on Stedelijk Museum channel!

On the occasion of the @Amsterdam.Art Gallery Weekend, we are happy to release a special edition by David Malikovic. Using a unique technique for printing on industrial aluminum foil, 'The Evening Edition' encompasses a single sheet that can be molded to any desired shape and to fit into any context.

In a historical moment, characterized by the speed of information and the spread of fake news, the title refers to the newspapers' evening editions which include breaking news revealed during the day when the morning edition is already printed.

On the occasion of the @Amsterdam.Art Gallery Weekend, Annet Gelink Gallery is releasing a special edition by David Malikovic. Using a unique technique for printing on industrial aluminum foil, 'The Evening Edition' encompasses a single sheet that can be molded to any desired shape and to fit into any context.

In a historical moment, characterized by the speed of information and the spread of fake news, the title refers to the newspapers' evening editions which include breaking news revealed during the day when the morning edition is already printed.

Ed van der Elsken at the Rijksmuseum: an exhibition full of surprises

“Van der Elsken’s work was spontaneous, subjective, aesthetically adventurous and resistant to standard commercial use. Though he sold pictures to magazines, this was not his primary purpose as an artist and he reserved much of his best work for his books.”

A beautiful and interesting article in the Financial Times on Ed van der Elsken’s photography, career, and his solo exhibition “Crazy world” at the Rijksmuseum!

The exhibition explores the photographer’s working practice and sheds light on the recent, surprising discoveries made in his archive.

Wonderful article on de Volkskrant about Ed van der Elsken's new exhibition "Crazy World" at the Rijksmuseum in Amsterdam.
On the occasion of the exhibition, the Rijksmuseum and the Nederlands Fotomuseum have published the book "Feest", a collection of unknown photos recently discovered in the photographer's archive.

Read more about the book and the exhibition here:
https://www.volkskrant.nl/cultuur-media/ongepubliceerd-fotoboek-ed-van-der-elsken-alsnog-uitgegeven~be224e2c/?referrer=https%3A%2F%2Fwww.google.com%2F (article in Dutch)

🚨 Get your limited edition @erikvanlieshoutstudio work and support @manifestabiennial!! It's a win-win.⁠ 🚨⁠
⁠
“With the current host city of Manifesta 13 Marseille in mind and my work for Manifesta 10 St. Petersburg in Russia, I took the slogan of Olympique Marseille football club > (straight to the point) as the starting point for this edition”.⁠
"Droit Au But” is a part of the mixed media installation entitled The Basement, 2014, which was commissioned for Manifesta 10 St. Petersburg and was shown in a constructed wooden tunnel in the General Staff Building at the Palace Square.⁠
⁠
© Photocopy of the original artwork, 42.0 x 29.7 cm printed on 120g xerox colour paper, each copy is unique and adapted by the artist. The edition is signed and numbered in an edition of 200 (incl. 20 APs), unframed. Courtesy of the artist - @erikvanlieshoutstudio⁠
⁠
"Droit au But" Manifesta Edition available here > https://international-foundation-manifesta.myshopify.com/products/droit-au-but-by-erik-van-lieshout
⁠
#erikvanlieshout #droitaubut #putin #stpetersburg #marseille #straighttothepoint #art #contemporaryart #edition #limitededition #fundraiser #support #donation #manifesta #manifestabiennial 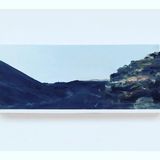 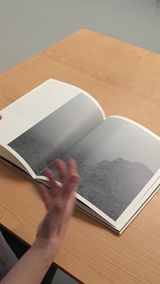 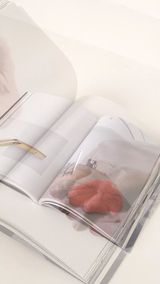 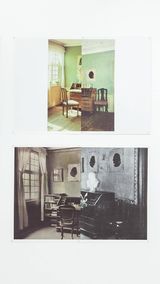 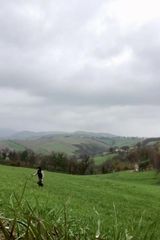 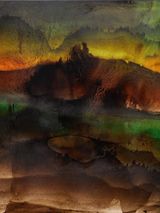 Don't forget to check out the exhibition 'A Tale of Hidden Histories' at Eye Filmmuseum with works by Broomberg & Chanarin, Omer Fast, Chia-Wei Hsu and Meiro Koizumi. Many of the works on display illuminate history in conflict zones: places in the world where truth and fiction are unstable, and where smaller, individual histories often illustrate a larger socio-political reality. On view until May 19th 2019!📽

✨OPENING NOW ✨ We are ready to welcome you for the opening of the new exhibitons ! Come and join us !

Yael Bartana - And Europe Will Be Stunned (excerpt)

ONGOING: For those of you that still haven't seen the incredible trilogy "And Europe Will Be Stunned" by Yael Bartana, be sure to visit GoldenThread Gallery in Belfast, where it is on display until May 13th. Yael Bartana’s deeply stirring and contentious film trilogy is both of its time and ahead of it. Bypassing cliché, this bold and subversive project explores propaganda, longing and migration through an uneasy fusion of fiction and reality that is hard to untangle. Experiencing all three films in a gallery environment gives us a space to contemplate and question the human dilemmas that shape the world we inhabit.

ONGOING: Erik van Lieshout: Three Social Works at South London Gallery. Erik van Lieshout's work explores themes often rooted in his experience of living and working in the Netherlands but nevertheless relevant to contemporary experience across Europe and beyond. His show, named Three Social Works, brings together works that draw on socio-political observations, marginalised identities and the role of the artist in society. Three video works are housed in an immersive architectural environment in the main gallery.

WHAT IF WOMEN RULED THE WORLD

#whatifwomenruledtheworld A project by Yael Bartana, as part of Manchester International Festival. The Guardian is sharing the question: "An end to abuse, a law against mansplaining, and reparations for two millennia of injustice … as a new sci-fi art show imagines a female-led future, we ask comedians, writers, politicians and CEOs for their vision" #yaelbartana #mif2017 #women #manchester #theguardian #annetgelinkgallery

Our new group exhibition just officially opened! Come and see this very special collaboration of six leading galleries in the Jordaan. Nieuw Amsterdams Peil - Where Do We Go From Here?". From January 14th - February 25th.