FRAGILE is a non-profit project for contemporary artistic practices.

Fragile is pleased to present HEAVY LOAD an exhibition by Anne de Vries.

Historically, the right to bear arms was hereditary — a sexually-transmitted inheritance from parent to child, like the color of your eyes or the deed to a home. Heraldry developed out of this, a state-regulated economy of signs demonstrating that the bearer, or his ancestor, was legally entitled to wield a weapon.

Like a mise en abyme, this visual system involved layers of meaning. Mere possession of a family crest demonstrated a certain social standing, but its specific form also carried weight. For instance, the so-called “king of beasts,” a lion, implied strength, nobility, or courage in the battlefield. But over time, these direct semantic connections weakened, between the animal and its depiction, as well as between a coat of arms and knighthood. Heraldic designs eventually came to signify simply the product of a birthright: generational wealth, which is to say, power.

Sand itself doesn’t signify power, but it makes it work. A vast and obscure extractive industry turns shorelines into the glass skyscrapers that compose the skylines of Alpha global cities. Sand is both a major resource within the contemporary global economy and the origins of its symbolic representation. That is, like the relationship between the living lion to its stylized double on a heraldic crest, the shifting reality of sand haunts the visual embodiment of finance capitalism as architectural form.

For HEAVY LOAD, an exhibition at Fragile in Berlin, Anne De Vries has filled the space with
15 tons of sand. Impressed in its surface are the chopped and screwed traces of corporate logos, neighboring buildings, and the pawprints of a knight cannibalized by its own herald, put on podophilic display.

Miloš Trakilović
All but War is Simulation

All but War is Simulation

We are Open Today and Tomorrow
4-7pm

DARDAN ZHEGROVA
I'm Meeting A Hybrid Of Past And Now

We are open today and tomorrow (Saturday und Sunday) 2-5pm
.
@dardanzhegrova
I’m Meeting A Hybrid Of Past And Now 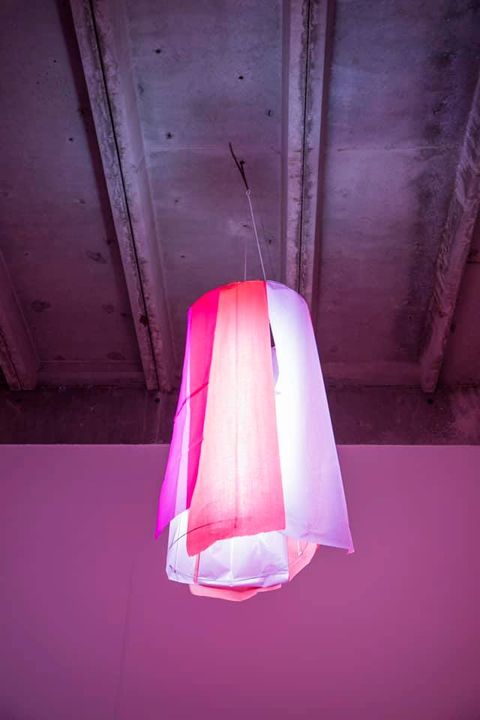 DARDAN ZHEGROVA
I'm Meeting A Hybrid Of Past And Now 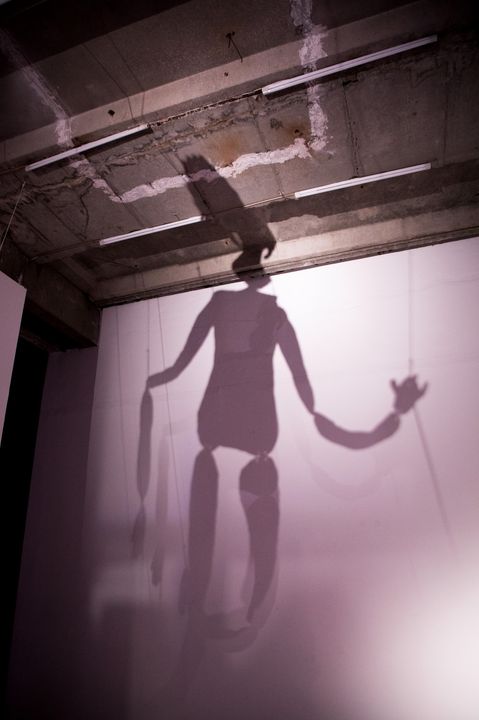 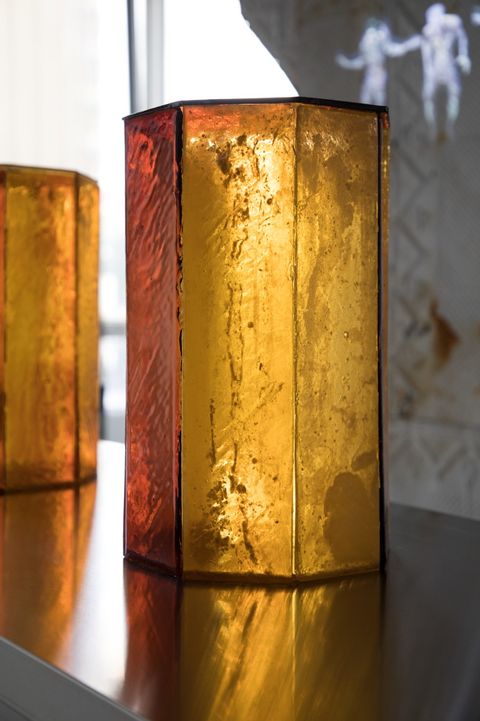 Williams’ ongoing Eurydice project confronts the crisis of metaphorical entanglements around the aesthetic and political intersections of loss and inspiration, the ‘coming into being of artistic gestures’, echo, form, and mimesis as instances of the formal gathering of significant agential loss for the black subject. This full performance, stemming from a series of videos, collages, sculptures, and floral arrangements, makes porous the relationship between “black identity” and “mainstream culture.” The Greek myth of Eurydice is a vehicle for Williams’ inquiry into the subjects of a racialized imagination and its subsequent logics, by staging a structured engagement of blackness and spectacle within a mythic pre-Socratic configuration of the underworld. This installment will follow Orpheus from his loss of Eurydice into the hands of the Maenads.

The performance is developed in dialog with Bracha L. Ettinger, features movement by Josh Johnson and music by Patrick Belaga.

She had been craving this feeling for a while. A hungry bitch, like an itch you can't scratch. It was her time, finally, the girls were waiting and the airbnb was just perfect.

FRAGILE is pleased to announce Dese Escobar’s first solo exhibition in Europe, More In The Morning.

Driven by desire, we find ourselves searching for the other, slinking in the DM’s, between filtered bodies in pinterest settings, on staycation in curated cities, online and abroad.
Escobar’s celebratory and glamorously inclusive practice, might just be the party where these expressive bodies are allowed to tell their stories, on the exhale, grinding, cross-pollinating on a cruise boat floating through glittering reflections of the New York City skyline down the Hudson river. Reenacting this feeling within a multifaceted performative and whimsical setting Dese Escobar’s installation bridges between the getaway, the selfies of getting ready, and the esthetical infusions we are exposed to in our highly influenced lives, just enough to guide us through the night. Every bubble sliding upwards along your thighs in the pink bubble bath just makes the anxiety pop, filling the air with a steamy scent of community, leaving traces of foundation on the wall like tributes to the self in memory of the makeup kit on the nightstand.

More In The Morning is a narrative of the euphoric after hour, moments rising like the sun post Club Glam, preparation, ecstasy, and hangover collapsed in a sweet collage of bodies mingling, and the so familiar itinerant self longing for a kiss on pride night. 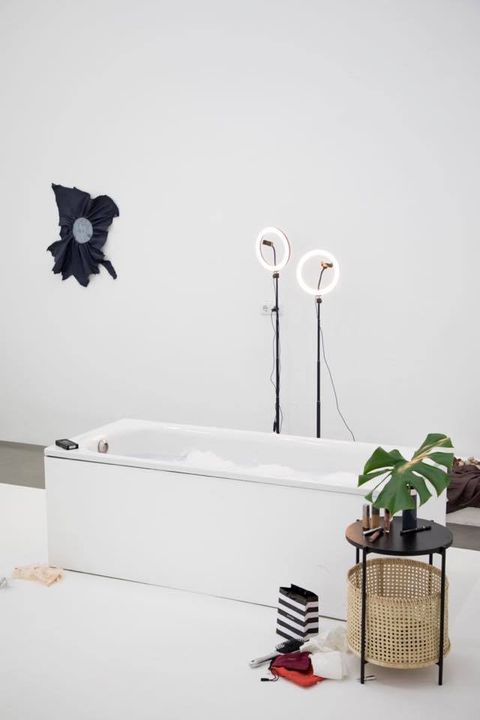 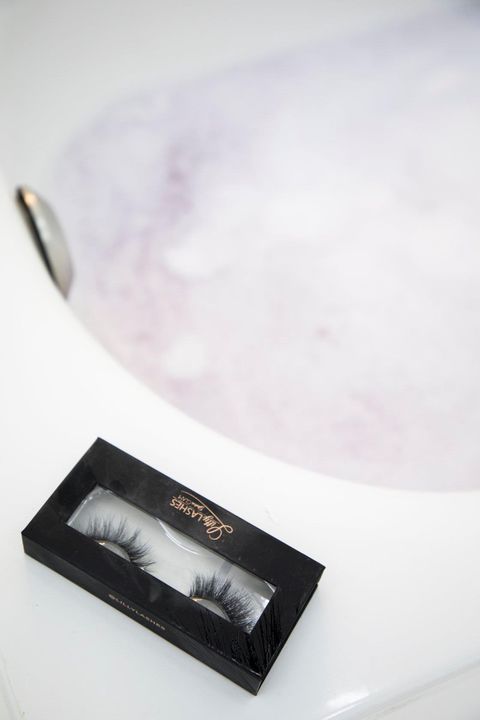 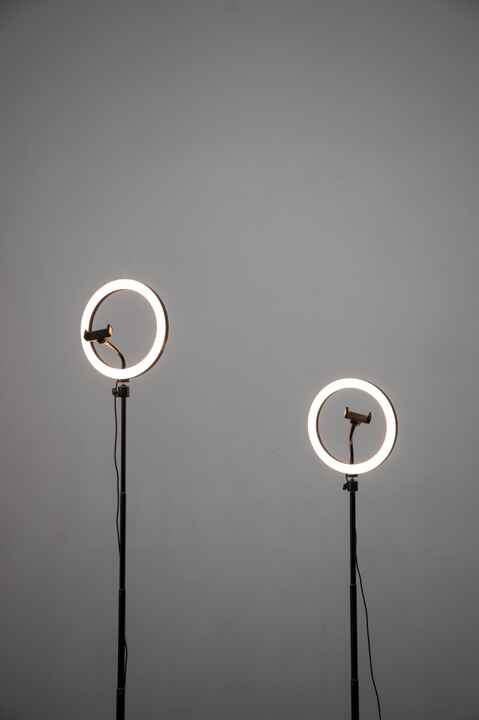 FRAGILE is pleased to announce the solo exhibition Quissac by Yalda Afsah.

The exhibition brings together two films that were developed in relation to each other, their location both being a small town in the south of France where the narrative follows a bizarre sequence of bullfights.
The films “Vidourle” and “Tourneur” both portray and fictionalize the setting for expressions of supposed dominance between human and animal, gestures of provoked violence and performed masculinity. Between strategies of construction and reality scenes unfold in which man and animal, rage and performance collapse into one another.

Thx Artforum for the wonderful review of Yalda Afsah's show Quissac
We are open Saturday and Sunday 2-6pm
come by!

In Yalda Afsah’s video Vidourle, 2019, a mass of youngsters sift around in murky water, stirring with anticipation. One wears a statement T-shirt that reads, “DON’T BELIEVE THE HYPE.” What’s the hype? We don’t know. As the boys run out of the frame, waves glistening, the video cuts to a ...

FRAGILE is pleased to announce the solo exhibition Parkstück by Sung Tieu. Tieu contends with notions of social identity and demarcation and analyses transnational movements of people and objects —be it through the investigation of diaspora communities or the commercial, hyperaccelerated ways that global capitalism is reproduced. Parkstück is the third part of a trilogy of exhibitions; Loveless, 2019 at Piper Keys (London) and Formative Years on Dearth, 2019 at The Yard, Parrhesiades and Flat Time House (all in London), comprising the first two.

Focused on GUILT and featuring SHAME