On this day, four years ago, I went to the studio w/ Coco Maria for the very first time to record her vocal contributions for "La Añoranza". It would later become the leading track on my 2019 album "With Love, From Berlin". It was Coco´s first ever day in a recording studio and she was well excited yet very shy to record her voice. At the beginning of the recordings, she even asked me and my engineer Jamie Anderson to leave the studio so she could sing parts of "La Añoranza" without our presence. Later on, Coco got more confident and we both sang different passages together, recording her bit by bit. In a second session later that week, we finalised the recording.

Fast forward to 2022 and Coco has turned into one of the main radio presenters on Gilles Peterson´s Worldwide FM and is now a much booked and celebrated DJ who performs around the world. But most of all, our collaboration "La Añoranza", with additional contributions from Dengue Dengue Dengue and Ori Kaplan turned into a radio hit and was by now streamed more than 800.000 times on Spotify. Thanks to all involved!

Five years ago, in 2017, I co-organised LusAfro, a festival in Praia, the capitol of Capo Verde. The festival brought together artists from Germany with artists from lusophone Africa, including Tony Amado, Dino D´Santiago, DJ Marfox, Dama Do Bling, Buruntuma, Kalaf Epalanga, Helio Batalha amongst others (see flyer in the images). We hung out and partied for a long weekend, visited workshops, went to the studio together, and eventually performed a joint Lusafro show on the main city square in Praia.

I was infatuated by the local Capeverdian sound of Funaná and decided to produce my answer to the local sound and released the "Fun Fun Fun / Aná Aná Aná" EP. While in the studio in Praia, some of the Lusafro artists jumped on my instrumental resulting in the track "Kutxi Pó", which - five years after its production - I decided to release today, commemorating 5 years of LusAfro. It features Rapaz 100 Juiz, Batchart, Ceuzany, Nissah Barbosa, Antonio Koenig and the mighty Dino D´Santiago.

Listen to it on my Soundcloud page!

Happy DJ day everyone! Now that clubs across Europe are opening up again and festivals are getting ready for summer, I´m looking forward to share new music on the road with you in the next couple of months.

Watch this space for some exciting dates coming up, see you on the dancefloor!

I´m pretty stoked that my new "Baile Das Antigas" mix ramped up more than 500 plays on Soundcloud within 24hs, thanks for tuning in!

For my mix, I went through more than one hundred funk vinyls, which I´ve collected since I first travelled to Brazil in 2003. While initially I was mostly scoring bootleg CDs from Rio´s street markets, I always had an eye on funk vinyls which in the early 2000s were often tossed away for a couple of R$ on flea markets. By now, they´re in demand for vinyl collectors. On my recent trip in January I was stunned to see some of the vintage funk albums fetching up to 200 or 300 R$, e.g. the Cidinho E Doca album "Eu Só Quero É Ser Feliz" is especially in demand and now fetches up to 400 R$ in good condition.

As some people were already asking where I got some of my tracks from for the "Baile Das Antigas" mixtape, here´s some photos of the covers, so you could look out for them.

“Baile das Antigas” (“Vintage Funk Parties”) have been very popular in Brazil lately, with a new generation of music listeners discovering the vast and complex musical history of baile funk. As a genre, it emerged in Rio de Janeiro in the late 1980s, mixing up Miami bass, atabaque rhythms, LA techno hop, latin freestyle, euro house, ebm and rap into an irresistible mash up. The recent success of Brazilian producer Vhoor´s album “Baile” and particularly the “Se Tá Solteira” single - all referring to the early days of funk - have proven that the old sound is currently the newest sh*t.

For my “Baile Das Antigas” mix I digged deep in my collection of funk vinyls, which I´ve collected in all those years travelling to Brazil. Having not listened to many of the funk vinyls from my vault for years, I discovered amazing tracks which I never knew I had! E.g. I never knew that the 1992 rave classic “A Fine Day” by Opus III was big in the Rio funk scene. Most of all however I was thrilled to discover various traces of Kraftwerk sounds in various tracks, proving the continuous musical conexão Alemañha – Brazil!

My selection is covering a release span from 1988 to 1999 and the majority of tracks I put in my mix can´t be found on any music streaming platforms or online shops, hence the crackling vinyl sounds on numerous tracks. The mix features, amongst others, rare tracks from Grandmaster Raphael, the great Cashmere rework of Trio´s “Da Da Da”, various montagems and the OG track by DJ Emerson which first used the Dire Straits sax sample that pops up in funk tracks until today. Check it out!

Listen to the mix on my Soundcloud page!
https://soundcloud.com/daniel-haaksman/baile-das-antigas-mix?utm_source=clipboard&utm_medium=text&utm_campaign=social_sharing

After everything the world has been through in the last 2 years #Putin brings Europe to the brink of war. It´s like awakening from one nightmare and slipping right into the next.

I made this image below so you can download it as PDF , print it out, pin it on your wall, plaster your city with it, share it with your friends. Grab it from here: https://we.tl/t-pSiPTWn9HK

Task for the weekend: Creating a mixtape of vintage baile funk, strictly from vinyl. Ready?

More funk vinyl finds. I particularly like the Tom Zé involvement in the Brasilian version of "Thriller" (called "Crisear") on the Funk Brasileiro compilation.

I´m super happy to have found one of the pillars of the Kraftwerk x Baile Funk connection today on Praça Quinze market in Rio!

If you happen to be in Salvador De Bahia, BR anytime soon, I´ll highly recommend to visit the museum of Bahian music, aka #CidadeDaMusicaDaBahia, an interactive exhibition with hours and hours of amazing video and sound footage on the rich history of this beautiful city. I spent six hours there today, and I´m going back tomorrow as there´s so much to explore!

2021 was a cool year to release music. Clubs were closed and this closure asked for a new approach in making music. While the future of DJ culture was uncertain, it wasn´t about making the big banger to get dancefloors excited, but it was more about tracks with song structure, with melodies, that would have a longer life on streaming platforms than in your average DJ crate. This of course also led to changes to which music I released.

I put out "Vem" in April, a track that was in between a laid back tune enjoyable on the sofa and a tune that DJs could play at the end of their set. It didn´t land on any major Spotify playlist but was played by many DJs and on numerous radio stations, and still gets picked in sets until today. In summer, I released my remix for Dom Salvador E Abolição´s "Hei!Você", which was a subtly bassed up, laid back rework of one of my favourite Brasilian 70s songs. Not a peak tune, but something that gets hips moving. In autumn, I released "La Habanera" ft. Naré which was probably the most challenging track to release as it included the full on opera voice by Naré, something that isn´t much heard on global music radio or in clubs these days. And last but not least, last week my remix for Atropolis´"Nostalgia On The N Train" was released on Wonderwheel, another downtempo track by me, which celebrated the tarraxo groove from Angola, closing this strange yet exciting and challenging year. Though I´m happy about my releases in 2021, I hope 2022 will not be another year spent in limbo!

If you like to listen to all my releases of 2021, click on the link below for a Spotify player with my 2021 releases!

Though the new single by Anitta sounds like soca pop, its music video is all about the aparalaghems of Belém and the imagery of tecno brega, inspired by the photography of homie Vincent Rosenblatt

Diplo interviewed on Man Recordings May 2008 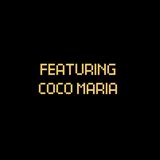 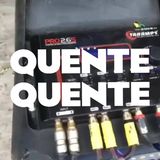 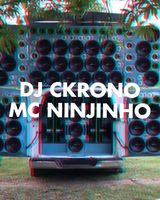 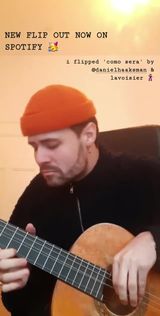 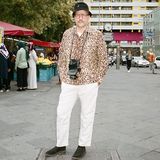 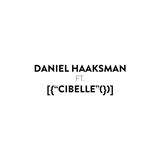 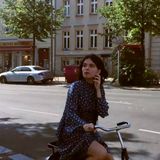 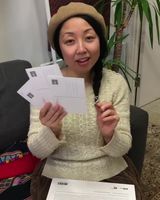 "Album Of The Week" on Worldwide FM! 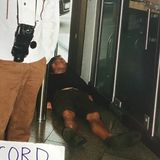 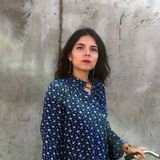