Fun times and great stand up & improv comedy every Sunday 18:45. Hosted by the only Syrian/Ukrainian refugee in the world Nour Hos.

Every Sunday 6:45pm in 800A bar come and enjoy tasty cocktails, hilarious comedy and get to drunkenly boss the comedians to joke about whatever you and your friends wanna hear about! 👌🍹😂😂👏👏
More info in the description 👽🎵❤️
https://facebook.com/events/s/dead-end-comedy-free-english-s/485212812188027/?ti=icl

Tonight 6:45 pm at 800A bar! Prepare your fun generating suggestions and come contribute to the fun! Don’t miss out!
In the video: the very funny Francesco Kirchhoff

Our hosts this Sunday!

This Sunday the dead end show is on a short break! See you all the end of the end of NEXT weekend! 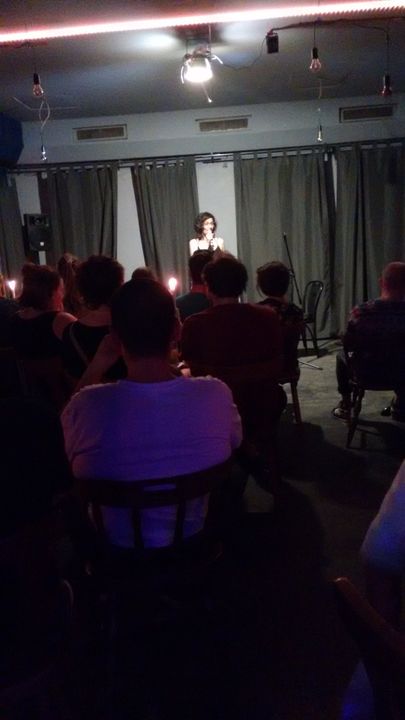 Recover after the football match tonight with some of the best comedy Berlin has to offer (9:00 PM @ 800A)

It's now easier to send Dead End Comedy a message.

It's now easier to send Dead End Comedy a message.

The Dead End Comedy Show is an English comedy show in Wedding hosted by Ankur Midha and Nour Hos held (almost) every Sunday. The first half is a standard comedy show. In the second half comedians will perform stand-up comedy sets based on topics suggested by audience members! Entry is free though a small donation is requested.