Every Tuesday and Friday!
I wait for you to perfect our tango!

Every Tuesday and Friday!
I wait for you to perfect our tango! 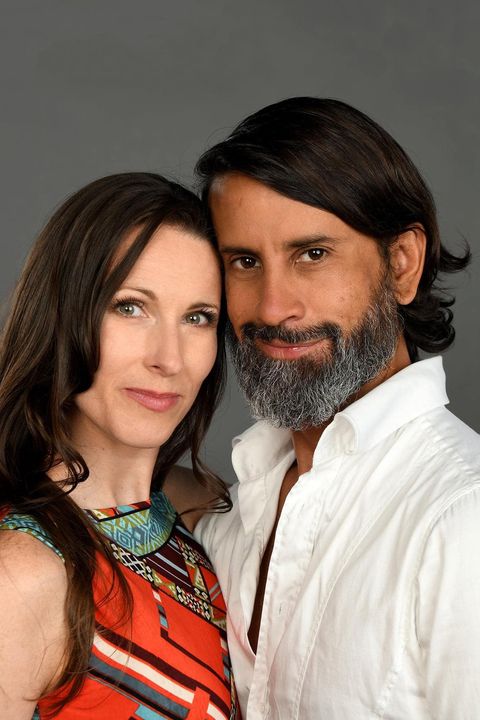 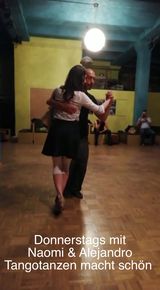 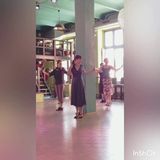 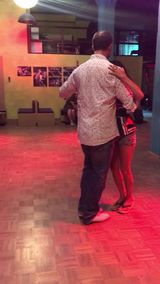 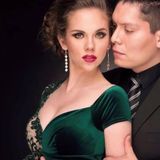 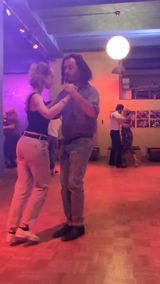 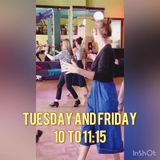 🤩 Mornings should be full of tango too!!! 💫 Individual tango technique classes for both roles on Tuesdays and Fridays. 👉 We will work on our posture, embrace, dissociations, pivots, boleos, turns, embellishments, musicality and more!!!! 📌 Bring comfortable clothes and lots of desire to dance. Tangotanzen macht Schön - Oranienstr 185 - Berlin 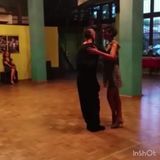 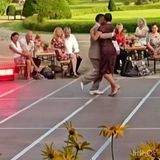 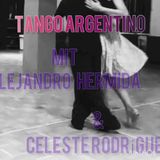 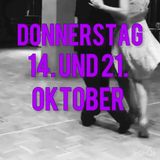 💃🏽Today and next Thursday, we will be teaching the three classes together!🕺🏻 with Alejandro and Celeste at TTMS. 💪😎 Come and Join us!! Voranmelden: Tangotanzenmachtschoen.de

We have open tango classes for everybody. Just come and take part - you don't need a partner for beginner and intermediate level. Teachers are speaking english, german and spanish.

Sadly, this is a post. *S*xual assault trigger warning*

Three months ago, my tango teacher Dominic Bridge brutally r***d me in my home. He targeted and groomed me when I was a teenager, a beginner student, and he was in already his thirties. Then, he emotionally, physically, financially, and s*xually abused me for two years. Despite his claims to the contrary, we were not professionally working together nor in a boyfriend/girlfriend relationship when he r***d me. (If we were, it would still not be a defense for such a crime.) I reported him to the police and have been actively cooperating with the Portland SVU for weeks, and now they have completed their investigation and brought the case before the DA. The proposed charges are R**e 1 and/or S*x Abuse 1. The DA has been very supportive and open, and is aware I am making this post. I do not know whether charges will be brought - I’ve been informed that cases like this are extremely difficult to prosecute. However, I know I have not lied, I have no incentive to lie, and the information addressed in this post has already been presented to the detectives during investigation. Dominic has attempted to silence me for months, and his defensive behavior to protect his public “persona” is getting increasingly insidious and unethical. However, I refuse to compromise the truth out of fear of him. Protective and proactive measures are being taken. I sincerely hope to share my experiences to warn others, especially the young and vulnerable female dancers who are most at risk.
Major elements of textbook abusive behavior that Dominic exhibited were:
•Supposed lack of understanding of affirmative consent before and during s*x.
•Capitalizing on unhealthy power dynamics in multiple relationships (teaching some lovers and refusing to teach others, price differences based on relationship, exploitation of women for various life benefits)
•Keeping a collection of married women, students, exes, and past/potential dance partners to have (sometimes unprotected) s*x with him in almost every city he travels to. Openly boasts about these intimate details as a defensive mechanism to try to normalize his unsafe s*xual practices in his professional field.
•Intentionally using manipulative techniques at milongas to target and predate upon women - “s*xual conquests” and “s*xcapades” in empty tango studio and private spaces after events
•Supporting other abusers by ignoring reports of s*xual harassment from his own students.
•Targeting and grooming a teenager for his s*xual gain using his status and privileges as a “world-renowned” tango instructor.
•Charging thousands of dollars for lessons, in which I was physically and verbally abused.
•Arbitrarily cancelling or ending lessons (that I was paying for) abruptly when angry and punishing me psychologically.
•Incessant criticism, lying, and demeaning of myself and others (fellow colleagues, fellow organizers, past work partners, past romantic partners, past students, his own family and various community members). Many of those who believe or enable him today are victims themselves, of him speaking terrible ill about them.
•Fat-shaming, body-shaming, and s*xualizing not only me, but also dozens in the dance community, sometimes to their faces.
•Pressures dancers to lose weight, a repeated behavior to many for 15 professional years
•Forcible and nonconsensual roughhousing, groping, tickling, suffocation, and other physical torment in spite of me begging for it to stop; this created a pattern where if I said no or cried, he would continue with more pleasure. Impulsively punching, pushing, or throwing things surrounding me for physical intimidation.
•Classic gaslighting and lovebombing manipulation tactics to continue exploitation. Using the recent death of my father sadistically to prove his points.
•A charming and likable public face that hid a dark, egotistical, and controlling private face with domestically violent behavior that escalated throughout the lockdown.
•Framing himself as a victim, despite his rage-driven, dehumanizing actions the night he r***d me (which I am choosing not to describe in detail in this public forum).
•Blaming, shaming, and discrediting his victim to his colleagues, even in writing, to avoid accountability for the severe harm he caused.

All in all, this experience has taught me so much that I would’ve preferred to never learn. About narcissistic abuse, abuse of power, r**e culture, systemic injustice, PTSD symptoms, and so much more. Not to mention I was bruised/swollen and sore for days after the r**e, have been to the hospital numerous times since the r**e, and still have nightmares about the details of it to this day. I am forever changed by what happened to my brain and my body, and I’ve been fiercely trying to heal physically/spiritually and seek justice at the same time. Now that the police have believed me, interviewed Dominic, and worked hard to move forward with the criminal investigation, I am taking back my narrative and I will not be victimized anymore. If he takes any desperate legal measures against me moving forward, as threatened by his cease and desist letter, I will handle them with grace, as I am doing the right thing by reporting the truth. Most importantly, this experience has also taught me the necessity of advocacy and community. I would not be here still fighting for the truth if it weren’t for the incredible community and family members I have, who have either loudly or quietly supported me ever since I reported this experience. This includes James Oh, Rebecca Rorick Smith, Adam Cornett, Marina Godinez, Mike McCarrel, Matthew Mičetić, Katy Wong, Dahiana Oliver, Deblin McKnight, Caitriona Johnston and many others (who know who they are.) The process of trying to share what happened to me has been unbearably painful and re-traumatizing, and let’s just say not all dancers/organizers have been sensitive in their words or actions. One studio even kicked me out of their Tuesday practica with no warning, because my ra**st arrived first. I had to leave sobbing while my ra**st stared me down.
Regardless, I am ready to move on with my dance journey and with my life. He is not worth any more of my attention, much less my suffering. Many teachers believe that he does not deserve his status in any capacity. Based on his predatory, disgusting and negligent behavior, he does not deserve to be looked up to or trusted as a mentor, period. I mourn my bright-eyed teenage self that trusted and respected him wholeheartedly but got exploited and assaulted as a result. I was the youngest tango dancer in my community, and I thought I was well-informed on mental health and trauma, but never did I imagine this would happen to me. It could happen to anybody. Dominic Bridge is a ra**st. He has no more power over me.

Do you dance Tango?
Could you please fill this short anonymous survey?
It's for a project that will help all Tango fans to improve their dance experience!

Could you please fill this short anonymous survey?
It's for a project that will help all Tango fans to improve their dance experience!

Thanks to the amazing teamwork from Cuarteto Rotterdam (Michael Dolak, Susanne Cordula Welsch, Judy Ruks & Anna Kana) we broadcasted yesterday our 2nd streaming-concert in Tangotanzen macht schön. We had great support from Susanne Opitz & Rafael Busch who hosted us and contributed to the show with 2 great dance performances. But without the amazing support from YOU (our followers) from Germany, The Netherlands, USA, Argentina, New Zealand, Australia, Great Britain, Spain, France, Austria, Switzerland, Canada, Norway, Mexico ... we wouldn't maintain! So thank you! You give us strength, love and power that we are already planning our next streaming concert for May - stay safe & stay tuned!
Falls ihr am Wochenende noch nichts vorhabt, jetzt habt ihr es - unsere Tipps!