Founded in 1991 by Ulrich Gebauer and co-directed with Marie-Blanche Carlier since 1997, the gallery aims to promote international contemporary art.

Its program reveals an affinity towards aesthetic and conceptual research which indicates formulations of political awareness in the fields of installation and in the image, through film, photography, painting and drawing. Rather than following a specific theoretical theme, the gallery offers its artists a platform on which to experiment. This allows for a broad spectrum of sometimes antinomical v

Its program reveals an affinity towards aesthetic and conceptual research which indicates formulations of political awareness in the fields of installation and in the image, through film, photography, painting and drawing. Rather than following a specific theoretical theme, the gallery offers its artists a platform on which to experiment. This allows for a broad spectrum of sometimes antinomical v

ON VIEW: Aernout Mik's 2002 film "Park" currently on view in the group exhibition "Standing". ⁠
⁠
"In 'Park' the classic leisure subject of Arcadian happiness is taken for a spin in a contemporary urban park, where a half-dozen cheerful dogs get involved in the action. That action consists of a couple of dozen people jumping up and down among the verdant trees (or resting from the loony play). Mik's camera jumps with them, in gentle, floating vertical rises and falls.⁠
⁠
The odd scene, shown in rear-screen projection on a free-standing wall, is uncannily captivating. Generating a queasy exhilaration, it erases the transparency of typical camera images, which rely on illusion. Mik instead makes moving pictures in which the pictures move in a wholly unexpected way". - Christopher Knight⁠
⁠
Video: Aernout Mik, Park, 2002, 1 channel video installation, loop

30 YEARS! ⁠
⁠
We’re continuing our journey through the last 30 years of the gallery with the 1999 and 2005 solo exhibitions by Fred Tomaselli.⁠
⁠
Here, Ulrich Gebauer shares his memories about the two exhibitions:⁠
⁠
⁠”Fred Tomaselli was discovered by Marie-Blanche at Anne de Villepoix. His psychedelic collages of heterogeneous materials aligned perfectly with our understanding of a vocabulary of forms as an expression of an analysis of society and a result of a stance.

ELSEWHERE: "Oscar Muñoz: Invisibilia " at @blantonmuseum is the first retrospective of Muñoz's work in the United States. ⁠
⁠
Since the late 1980s, Muñoz has sought to reinvent the medium of photography through non-traditional materials and techniques. While he doesn’t consider himself a photographer, Muñoz strives to “hacer memoria”—“make memory”—in his works by turning photographic processes inside out: “I am interested in the instant and the processes that occur so that an image can become consolidated, or not, in memory.”⁠
⁠
"Invisibilia" is on view through Sunday, June 5, 2022.⁠
⁠
Exhibition views: Oscar Muñoz: Invisibilia, Blanton Museum of Art, The University of Texas at Austin, 2022⁠
⁠
#OscarMuñoz #Invisibilia #Blanton #BlantonMuseumofArt #Texas #Austin #soloexhibition #exhibition

SUNDAY OPEN! We are pleased to announce our participation in SUNDAY OPEN organized by @index_berlin presenting the group exhibition "Standing", today 13 March, 2022, from 12 to 6 pm.⁠
⁠
Directed by Friedrich Meschede and with a colour scheme by Enzo Zak Lux, the exhibition brings together a variety of artistic perspectives.⁠
⁠
#IndexSundayOpen #groupexhibition #exhibition #berlin #carliergebauer

30 YEARS! ⁠
⁠
We’re continuing our journey through the last 30 years of the gallery with the 1998 solo exhibition “C.V. Cunt Vernacular” by Tracey Emin:⁠
⁠
Here, Marie-Blanche Carlier shares her memory about the exhibition:⁠
⁠
"On a tranquil afternoon at the gallery in the Torstrasse in the 90’s, at a time where we were a two person enterprise spending most of our time there, the bell rings. It is Sunday. Tracey (Emin), Manuel Bonig and his dog are downstairs asking if they can come up. ⁠
I had written Tracey after a trip to Paris and my marvel at the discovery of Tracey’s drawings at the Galerie Philippe Rizzo. We hadn't heard back and here she was. We stayed cool, opened a bottle of wine and started to talk, cautiously not evoking the “why we”, and “how come she”, and acting as if this would be the most natural thing to do, noticing that Tracey was scanning the space already while sitting there with us and mentioning which type of works would be where and how many of them and which size... the show was decided. ⁠
⁠
It was an extra-ordinary show. Free, straightforward, not laboured, raw, emotional, generous, poetic, precise. All walls were painted pale blue and covered with her beautiful rageous, witty, desperate poetry mixed with figuration, plenty of drawings, a room that was painted entirely in a dark blue and filled with her voice confessing how it all began in the film “C.V. Cunt Vernacular” (1997). A photograph of her previous performance while painting naked in the room at the Galleri Andreas Brändström in Sweden was in the third room. The gallery was permanently full of visitors. We opened with a gigantic Turkish dinner cooked at the gallery by our friend Driss to honour Tracey’s Turkish dad. Mat Collishaw, Damien Hirst, and other friends from London came.”⁠
⁠
#TraceyEmin #30years #jubilee #anniversary #soloexhibition #Berlin #carliergebauer @traceyeminstudio

30 YEARS!⁠
⁠
We’re continuing our journey through the last 30 years of the gallery with the 1998 solo exhibition “Delft Hydraulics” by Tacita Dean.⁠
⁠
Here, Tacita Dean shares some words on the work “Delft Hydraulics”:⁠
⁠
“We had to wait a year before Polish scientists with a grant from the European Community needed to use a wave machine. The Dutch no longer had a use for them and they stood to one side, ‘replaced’ by the banks of computer screens and brightly coloured graphics showing the erosion of Venice by the sea. We were sent to meet them at their most northerly outpost in De Voorst, some two hours drive from Delft itself. It was a campus on reclaimed land: huge hangars down wooded tracks and false ponds with boardwalks. At lunch time, all the employees took a constitutional walk through the grounds. We would come across them in pairs or as groups as we drove recklessly around trying to orientate ourselves. The canteen, I remember, made me sad: it was a cliché of unfulfilment and routine, with pink and brown blancmange sprinkled with hundreds and thousands.⁠
⁠
At the side of one of these hangars was the wave machine: elegant, functioning and full of rich green water. The Polish scientists, Mr Swidzinski and Mr Swieczkowski, were standing in wellingtons carefully placing a lattice of finely attached blue marbles on a sloping surface at one end of the machine."⁠
⁠
Images (l–r): (l–r) Tacita Dean, Delft Hydraulics, 1996, 16mm black and white film with optical sound, 3 minutes; Mosquito (Magnetic), 1997, magnetic track and chinagraph, 9.5 x 428 cm, The British Council; Trying to Find the Spiral Jetty, 1998, audiotape, 27 minutes⁠
⁠
#TacitaDean #30years #jubilee #anniversary #soloexhibition #Berlin #carliergebauer

What to do in the face of a war that is so close? Should we cancel an exhibition and isolate ourselves? Probably there is no right decision in this moment, but there are actions that we can do that make a small contribution to the situation. ⁠
⁠
Tomorrow, at the exhibition opening of “Standing”, we will sell our 30th anniversary tote bags and donate 100% of all proceeds to Aktionsbündnis Katastrophenhilfe. The gallery will also make a contribution towards the final donation.⁠
⁠
#StandwithUkraine

30 YEARS!⁠ ⁠ ⁠
⁠
We’re continuing our journey through the last 30 years of the gallery with the 1998 solo exhibition “The Architect” by Luc Tuymans. ⁠
⁠
Here, Marie-Blanche Carlier reflects on the exhibition:⁠
⁠
“This was our first show with Luc Tuymans. It took place in the Torstrasse. The gallery was located in this old private apartment in the eastern part of Berlin. The privacy and the history of the place was a trigger for the exhibition, enhancing the ambiguity of the painting evoking a deceptive warmth and intimacy.⁠
⁠
The painting titled “The Architect” depicted Albert Speer sitting in the snow during a ski getaway with his family. It was made from a photograph that Luc took from a home movie, most likely shot by Albert Speer's wife.”⁠
⁠
#LucTuymans #30years #jubilee #anniversary #soloexhibition #Berlin #carliergebauer

ELSEWHERE: ⁠"For me, I always want to be able to make something new from my sculptures in the future. I don’t like the idea that once the sculpture is finished, it’s done, and it's here forever… Like something living, I want my sculptures to change and evolve." – Caroline Mesquita recent interview with @glasstire’s Caitlin Duerler Chávez. Read the full interview at the link in bio.⁠
⁠
@caroline._.mesquita's solo exhibition "Noctambules" is on view at the @blafferartmuseum ​until 13 March 2022.⁠
⁠
Photos: @s.m.fleming⁠
⁠
#carolinemesquita #noctambules #soloexhibition #exhibition #interview #blaffer #blafferartmuseum #houston

#ONVIEW: Thomas Schütte works against the background of the figurative sculptural tradition with a repertoire of heads that he constantly reinterprets and transforms through their implementation into ceramics, through his choice of dimension and glaze.⁠
⁠
Thomas Schütte makes evocative, often disturbing alterations to familiar forms of expression like memorial portraiture and figurative sculpture. His work explores the human condition, offering a critical perspective on social, cultural, and political issues and visually eloquent commentary on memory, loss, and the difficulty of memorializing the past.⁠
⁠
The sculpture "Großer Frauenkopf, D", is currently on view in the group exhibition "8/###" through 23 February, 2022. ⁠
⁠
Photos: @tgood_foto⁠
⁠
#jubilee #anniversary #groupexhibition #art #celebration #carliergebauer #berlin #sculpture #ThomasSchütte #DieterSchwarz 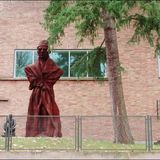 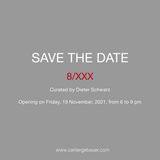 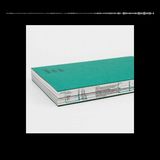 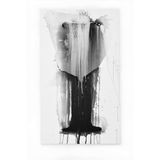 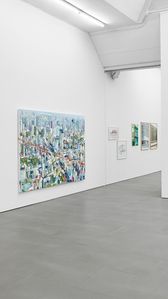 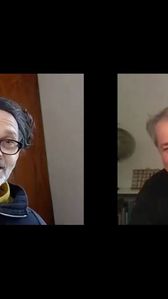 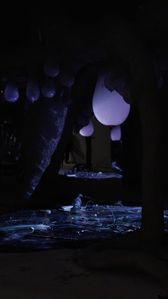 #JustOpened: Michel François, A Very Brief Eternity, is now on view at carlier | gebauer, Madrid, until 31 October, 2020! . If you aren’t in Madrid, go on our website to visit the exhibition virtually thanks to @artlandapp . . #michelfrancois #soloexhibition #currentlyonview