A Monday night club for the new jazz imagination of Berlin. Klub Demboh is a Monday night club initiated by Joel Grip (Umlaut Records). He put together the house band "den Hut im Genick" including some of the most extreme swaying musicians Berlin has to offer.

Study the Demboh!
A new film on how to do it, made by the one and only Anil Eraslan

[TOPSI SERIES' BOOK RELEASE]
The book "Wander and Wonder" by Tristan Honsinger and Joel Grip has been written over the course of a couple of months in the spring of 2020 and contains dialogues, aphorisms, songs, poems and short stories, sometimes combined. Counterpointing Tristan Honsinger’s handwritings are the breezy, chasing and questioning drawings of Joel Grip.

This Topsi Series' release is the result of a special collaboration between Au Topsi Pohl and Umlaut Records Label. Official release date is May 3rd 2021 but pre-order is possible now !

The harbor of Klub Demboh (and for many other berlin artists) is in lock-down danger.
Let’s help Petersburg Art Space Berlin get through the tunnel.

Hello dear friends, musicians, listeners, performers, artists and everyone who likes our place.Due to … Joey Gavin needs your support for PAS Covid-19 Relief

21.10
Klub NO Demboh
we will be flying back from our Scandinavian Tour

Demboh is back on the 23rd!

There is no @KlubDemboh tonight.
Next week, the path is clear. No Music , No Life

No Demboh tonight, but we are preparing for the Demboh Fest in various ways at Au Topsi Pohl tonight.

Klub Demboh, A Monday night club for the new jazz imagination in Berlin 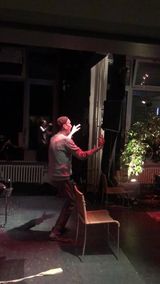 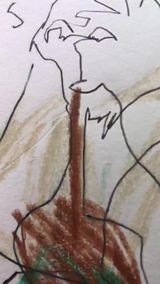 Between April and November 2017 Klub Demboh was hosted at the surprising location of Neu West Berlin in Kurfürstenstrasse, Schöneberg. During this time the band took many sonic shapes under the banner “audio visual polyphonics”.

Klub Demboh had a break (with a few exceptions) until fall 2018. Klub Demboh is now happening at the Petersburg Art Space in Moabit, every Monday as usual. The members of the houseband has slightly been changed since some of them left town.