artribute is an event agency based in Berlin.

Ta-Dahh! 🎉Our new website is here!
Finally our website has managed to get an appointment at the hairdresser: It is now much more simple and neat to get an even better glimpse of our work.
Explore new project categories and our services through our very own icons. And finally we are now available in English as well. Drop in and say hi!

Ta-Dahh! 🎉Our new website is here!
Finally our website has managed to get an appointment at the hairdresser: It is now much more simple and neat to get an even better glimpse of our work.
Explore new project categories and our services through our very own icons. And finally we are now available in English as well. Drop in and say hi!

Thanks a lot to Roland Spiegel for the great talk!! 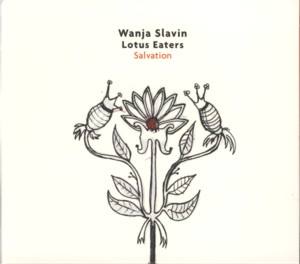 Adam Baruch - The Soundtrack Of My Life

From the very first notes of the album it is immediately apparent that this is a modern Jazz masterpiece in every respect. The melody based compositions are dressed up in contemporary arrangements, which include unusual rhythmic patterns and harmonic structures, creating a unique kaleidoscope of superb music, which is fascinating from start to finish and does not cease to explore uncharted territory and create new aural vistas. The level of these compositions is completely breathtaking and has very little competition elsewhere within music belonging to the same Jazz dialect. The ability to create an amalgam of the Jazz tradition, Classical influences and up to date approach, which incorporates elements form electronic music and above all allows a generous amount of space and freedom for improvisation is overall extremely effective.

Combined with the creative performance abilities by these excellent European musicians, the overall result that is put in front of the listener as simply a knockout. The album is full of exquisite solos by the ensemble members and of course the ensemble performance as a whole is marvelous. The subtle, but easily distinguishable differences between the three lineups are also a most effective factor that makes this music so powerful.

This album is a brilliant example of what European Jazz is all about; it is evident in its highly aesthetic values, its elegance and subtlety, its refinement and sophistication, which is simply unmatched anywhere else on this planet. The young Jazz Artists from Berlin, Warsaw, Copenhagen and Oslo manage to take the Jazz idiom to the next level, leaving the old world tarried far behind.

If this album is an indication as to what can be expected in 2018, life is definitely worth living and there is no better way to kickoff another year of sublime music!

Not long until I hit the European road. I hear it's cold over there... I hope everyone is wrapped up warm?! Throwing it back to warmer times on a sunny rooftop singing Regina.

GroundUP Music Festival is around the corner. We can't wait to see you in Miami this weekend!

Tickets are going fast, VIP are almost sold out: www.gumfest.com

Looking forward to our tour this week - Thursday at Bosco Gauting 20:00! Hope to see you there!

Dear friends, I wish you all a wonderful Christmas. Yours, Rebekka

TALKING JAZZ I - TILL BRÖNNER & GUESTS

TALKING JAZZ I - TILL BRÖNNER & GUESTS

"This Year Is Different" - about spending Christmas for the first time without someone that we used to spend it with. It is on the new album and some of you have asked about it ever since I performed it for the first time in December 7 years ago. You have a big part in the making of this Christmas album. Thank you!

Album only available at concerts in December!

Not long to go until my show in #Ljubljana. This is my first visit to Slovenia and I'm so excited to visit! See you all on Monday 6th November at the Linhart Hall at Cankar Centre.

In case you didn't see it - last week I released a brand new track with the incredible Jacob Collier so here it is again for you guys to enjoy in the lead up to the show.