KM28 is a volunteer-run venue for contemporary concert music.

In Berlin, you can tune in at 88,4 FM, or catch the shows online at www.colaboradio.org.

Georg Vogel is coming to town with his M-Claviton. Hear him in duo with Elias Stemeseder Tue Oct 5 at KM28.

KM28 will be back starting from late July! Take a deep breath (courtesy of Sweden's SystemAir), listen to music, touch your face. Most importantly, let us know if you have any concert ideas: https://forms.gle/umyZEEsJkttFPRvB9 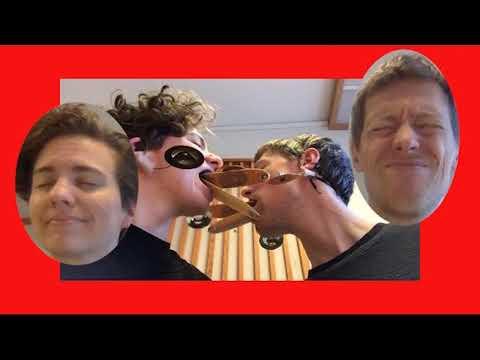 Thanks everyone for a great and very full 2019. We'll celebrate with our final event of the year: a Baltschun & Baghdassarians installation. Entry is free, and Saratoga and Conference cocktails will be shaken and stirred by Stan Stencil.

75 Dollar Bill keeping it real in Berlin. Coming this week! 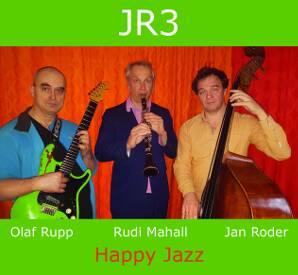 Tomorrow JR3 plays Happy Jazz, which is neither happy nor jazz.

Mantra Percussion performs Timber at KM28 this Saturday, Nov 9. In the meantime, here are the remixes by Sam Pluta, Fennesz, Oneohtrix Point Never, and more:

from the album Timber Remixed 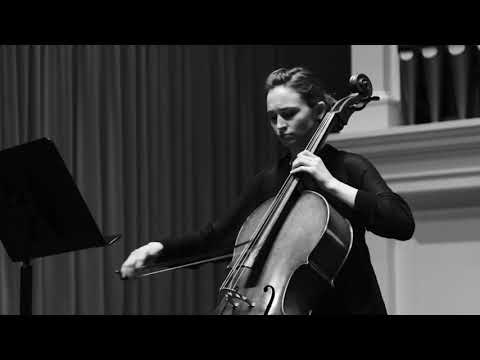 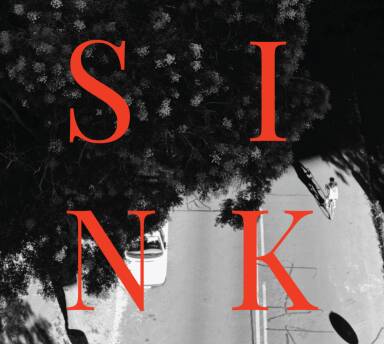 Sink was formed in Berlin in 2004. After 15 years of live performance, this underground band's band marks its first album-length release with a concert on Nov 2, with Chris Abrahams, Andrea Ermke, Arthur Roter and Marcello Busato.

Tonight Simultan bring their state-of-the-art technology to KM28, in a double bill with The Dogmatics.

Chris Brown has flown in from California to perform two concerts at KM28. On Friday, he plays Six Primes on a piano specifically re-tuned for this piece, and on Saturday he'll be joined by fellow performer-composers Frank Gratkowski and Matthias Bauer. Big thanks to Marc Sabat for help with the tuning. Here's more on Six Primes from musical omnivore Peter Margasak.

Looking forward to tonight's season-ending finale: Spill + Kerbaj and Microfiche. Thanks for the great year, and see you in September.

Owen Gardner of Horse Lords has been touring Europe this spring, so we got lucky to host him for a solo gig at UNIC, a new place in Aalst. Joeri Bruyninckx​ pulled out some interesting thoughts on his music, situated at the common ground of Baltimore's underground and unearthed African folk melodi...

From the new double album 'Old Chestnut', out August 24th, 2018 on It Records and Feeding Tube Records Directed by Maximilian R. Schneider a kommode 1 musicf... 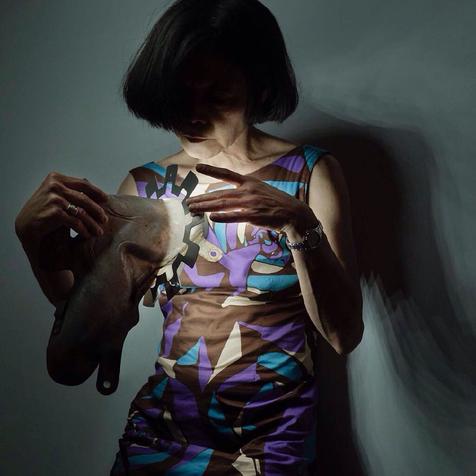 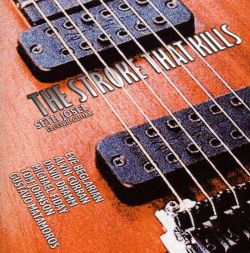 Jay Batzner on Seth Josel's The Stroke That Kills: "I think every teenager who walks into a music store and wants to buy their first electric guitar should instead be given a copy of this disc. They are to listen to the disc every day for two weeks. When the time is up, if that youngster doesn't want to play any/all of the pieces on it, they should not be allowed to buy a guitar."

RRR is a Berlin-based duo doing light and sound performances. Light as in easy, sound as in solid, or more literal interpretations. Album out soon... RRRduo....

Marina Poleukhina coming up May 1 at KM28

support us on Patreon : : https://www.patreon.com/scorefollower web : : http://scorefollower.com/ more info below ⤵ performed by Adam Tendler : for thing by ...

Send Marc Sabat to Mars by voting for "88 notes," performed by Thomas Nicholson at KM28.

science, nature, human, society – a magazine with tradition since 1871 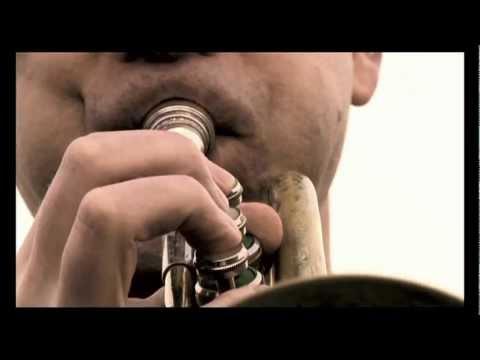 "We mostly live in the past or in the future." Axel Dörner solos tonight @ KM28, followed by Håvard Wiik.

Axel Dörner on the Bridge Above Train Tracks Axel Dörner - trumpet 2012, Berlin Jazzed out ! ! ! please pay attention ! ! ! I Do Not Own The Rights To The Mu... 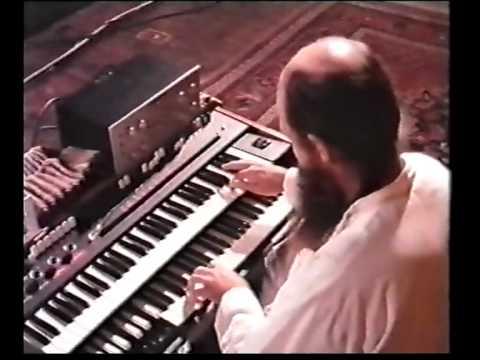 rolling out the carpets for persian surgery dervishes, played by sebve, saturday @ km28

See them now, before it's too late ... International Nothing tonight @ KM28

I had myself a nuclear spring, by Kate Carr

Kate Carr at KM28 this Tuesday, with Melanie Velarde

from the album Concurrences

Give a listen to Lessons. Tonight at KM28...
https://grupaetykakurpina.bandcamp.com/album/lessons

KM28 is a volunteer-run venue for new and experimental music.

Two concerts in March. First one on March 10 with Böseblick (Alessandra Eramo, Ariel Orah, Kirsten Reese, Korhan Erel) at KM28 (supported by INM Berlin) and second one as a solo act on Temporary Autonomous Tele Vision (T.A.T.V.), streamed live from Ausland (no audience) on March 11th. Details in the link.
David Grubbs and Jan St. Werner on tour in Germany. Photos from KM28 Berlin by Christina Marx Photomusix
This is today. I won’t be there. Go to this, and tell me all about it. mumei TEN, KM28, Berlin.
I’m very sorry to announce that I have had to cancel my appearance in Münster this Sunday. Quentin Tolimieri and Luca Marini will still be performing, but with the guitar chair occupied instead by the awesome Jasper Stadhouders. Go catch this one-time-only trio. I was also due to help behind-the-scenes at the launch event for mumei, the profoundly curious and adventurous music journal edited by Ryoko Akama and Heather Frasch. That event is taking place on Saturday (December 18) at KM28, Berlin. Should be a fascinating evening; please check it out.
Great review in norwegian paper Klassekampen and Martin Bjørnesen after the gig with Atomic at We Jazz in Helsinki on Dec 2. On Wednesday we hit KM28 in Berlin for three nights!! Inshallah
Live at KM28, photo by Cristina Marx.
I've been invited to the final Sound Portraits event for the year KM28, look forward to listening and conversing about music and sound projects tomorrow eve!! :)
There is no arguing that Phil Minton is an exceptional artist and vocalist. The sounds Minton is able to create solely with his voice never miss to leave the audience stunned and one can't really find any comparison. We are happy to be a part of the "Phil Minton Week" with concerts at Sowieso, KM28, West Germany and more. On Monday Minton will perform a duo with Audrey Chen at Kunsthaus KuLe - save the date, October 25th 2021. As well as Julia Eckhardt - who will perform a viola solo on the 25th of October - Minton contributed to the 2020 campaign of London's Café OTO, with his piece "Woke Up At Eight". Labor Sonor | Julia Eckhardt (Solo) * Audrey Chen & Phil Minton (Duo) @ Kunsthaus Kule
The many shades of Phil Minton - our LABOR SONOR concert at Kunsthaus KuLe is part of the "Phil Minton" week. From the 25th till the 30th of October Minton will perform in various combinations, in different venues all over Berlin. The concerts will take place in West Germany (with Ute Wassermann, Kaffee Matthews and DJ Shlucht), at Liebig12 (with Christan Kesten & Andrew Frangenheim), at Au Topsi Pohl (with Henrik Munkeby Nørstebø), at Sowieso (with Richard Scott), KM28 (with Bertucci / Tanrikulu & Chen Esqinca) and of course with Julia Eckhardt at Kunsthaus KuLe. Audrey Chen will be a part of all these shows as well, performing with Minton or with the other artists. See you there, there - or there! All informations for our event can be found in the linked event, or on our website! Labor Sonor | Julia Eckhardt (Solo) * Audrey Chen & Phil Minton (Duo) @ Kunsthaus Kule Flyer Artwork by DJ Shlucht
Getting ready for our first rehearsal with the ‘smallest functional unit’, preparing for the launch on Monday at KM28 of the first edition of Graphème, a publication dedicated to graphic and experimental notation. Exciting times!!!
A nice photo series by Udo Siegfriedt from the Karlrecords showcase at KM28 last week w/ ale hop and Audrey Chen
Words from the source - interview for Digital in Berlin on the artist's perspective and process. Looking forward to Niko De Paula Lefort's performance for Famous Grapes at KM28 this Saturday.