Visit us at www.mbc.asn.au The Melbourne Bach Choir (MBC) was formed in 2005 to give an Easter performance of JS Bach's magnificent St Matthew Passion in 2006.

The MBC is an occasional community choir drawing on singers of all ages throughout Melbourne's extensive choral community and aiming to give singers and audience alike the opportunity to experience live choral music. The MBC is dedicated to the pursuit of excellence in choral performance and committed to donating to community, aid and charity organisations. Proceeds from this year's performances will benefit St Vincent's Hospital's new Cancer Centre.

Join us tonight at

Why were listeners so unhappy with Bach's St. Matthew Passion?

Why were listeners so unhappy with Bach's St. Matthew Passion?

We look at the history behind this massive work of Bach's.

On Good Friday and Easter Saturday, join Melbourne Bach Choir Inc as they unite with some of Australia’s finest vocal soloists and players to bring you three concerts to celebrate Easter. Tickets → https://bit.ly/36YjnWu

Rick’s excited too, can you tell?

We are streaming two Easter concerts so you can enjoy the Melbourne Bach Choir wherever you are. Watch the recordings live or on-demand (available 72 hours after the concerts).

Act fast! The program will close once funds are exhausted.

What better way to spend Good Friday and Easter Saturday?

Choose one, two or three concerts from the offerings of Easter at Melbourne Recital Centre:

The programme will feature two of Bach’s innovative sonatas for violin and obbligato harpsichord, where the keyboard instrument plays a melodic role equal to that of the violin. Rosanne will play the second suite for solo cello, whose contrasting dance movements constitute one of music’s most profound creations.

Please note, to remain up to date with the latest security standards, this version of your browser is no longer supported. We recommend updating your browser to the latest version of Google Chrome, Mozilla Firefox or Safari for the best online experience. Apologies for any inconvenience caused.

Rick considers the Passion the greatest choral work in the entire Western canon, and to be able to perform it as well as the sublime works on the Saturday program in the space of two days will make for an unforgettable Easter!

"one of those performances that lives in the memory for days, the delivery clarion-clear with unshakeable reliability, even in the line's stretching high tessitura, and an emotional responsiveness leading to several pin-drop moments."

It isn’t all about Johann Sebastian you know. You can hear my Vespers on Easter Saturday too.

Claim 25% off on 3 magnificent Easter concerts!

And claim your 25% refund from the government’s entertainment

2 live Easter concerts for every listener!

Be the first to know and let us send you an email when Melbourne Bach Choir Inc posts news and promotions. Your email address will not be used for any other purpose, and you can unsubscribe at any time. 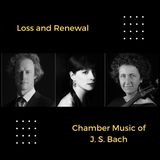 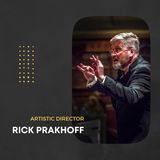