ClubAntix delivers the latest news, event details, tour and music releases for electronic music in A 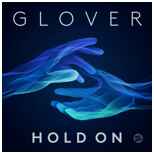 TITLE: HOLD ON ARTIST: GLOVER LABEL: ONELOVE RECORDINGS RELEASE DATE: 17/7/2015 AUS ARTIST Glover has been known as one of Australia’s hardest working & in demand DJs for some time. 2014 saw him up the ante even further and start making a name for himself as the ‘go to’ remixer…

The Prodigy - Nasty .... Check out the exclusive preview with thanks to Future Music Festival

Audio and Teddy Killerz on their way to Australia thanks to Inhibit Promotions!!!!

Gent & Jawns are heading to Australia this Feb with tour dates and venues now available!

ARMIN ONLY INTENSE – STRICTLY LIMITED TICKETS ON SALE NOW TO MELBOURNE SAT SHOW STARTING NEXT WEEK!! Important Announcement For Melbourne Fans Armin van Buuren, one of the world’s most loved and respected DJ’s will touch down in Australia in less than two weeks for his groundbreaking arena tour: ‘Ar…

You interested in music and having an opinion? We're looking for a reviewer for tonights show!

Phil Kieran is set to return to Australia, courtesy of Thick as Thieves. He will perform off the back of his new EP on Hotflush with singles Going Three and Getting Away A & B sides that dropped late February. The tour run is: Friday May 23rd - Melbourne - Thick as Thieves and Revolver Fridays prese…

Most buzzed about events may be an understatement....

ERIC PRYDZ PRESENTS PRYDA MARCH HEADLINE SHOWS ANNOUNCED There are few artists as eagerly anticipated as Eric Prydz. Billboard labelled his recent US tour one of the “most buzzed-about events of the season.” At last Aussie fans will get their chance to experience it first-hand, when legendary Swedis...

DASH BERLIN DELUXE WORLD TOUR AUSTRALIA - KICKS OFF NEXT WEEK!!! Dash Berlin returns to Australia to perform shows across the East Coast in February 2014, for Totem Onelove Group. As part of Dash Berlin’s World Tour, Dash will be performing shows in: Sydney, Melbour...

He competes on a world stage.... and not just with music.
ClubAntix, together with Elton Smith had the pleasure of speaking with Laidback Luke and we are all the better for it.

As the innovator in dance music, Holland’s Laidback Luke blasts a blitz of energy, driving his avid fans around the world into a raving frenzy! 100% immersed in his fans, the Super You & Me hero continually breaks the mold, shaking up chaotic beats to favor electro, techno and bass heads globally. A...

Really sad to hear about the loss of Paul Baümer from the Bingo Players. Shattering to look back at your shared love of tunes, laughing and playing to so many loving fans with Maarten. RIP superstar

Maarten Hoogstraten is jetlagged, busy, but nothing short of a happy man, “we’re just back from Miami and now working on a few tracks after getting a lot of inspiration from a lot of other DJ (during the Miami Music Conference), “ and how couldn’t you, it was all “Sunshine, good DJs,” laughing, “it…

A New Name in Rap: Rapture with Eminem - ClubAntix

Get ready for Rapture with Eminem - tickets on sale Oct 31 with The Marshall Mathers LP2 out November 5, 2013!

EMINEM AND DAINTY GROUP GIVE RAP A NEW NAME: RAPTURE New album The Marshall Mathers LP2 out November 5 Dainty Group today announced a trailblazing collaboration with hip-hop icon Eminem to do headline shows with the world's biggest rap and urban stars across Australian stadiums in 2014. Get ready fo...

Comes with bits of real Panther!

Michael Starr, Satchel, Lexxi Foxx and Stix Zadinia TIME TO STOCK UP ON PROTECTION!!! STEEL PANTHER TO INFECT AUSTRALIA ON THE SPREADING THE DISEASE (S.T.D.) TOUR

Sensatioanl cause that could use your help!!

After a sold out show in Melbourne over the weekend, Thick as Thieves is proud to announce that Claptone will be donating his time and artistry for a second show at Revolver this Thursday September 19 in a charity event co presented by the man himself, Summer Series and Revolver. Tickets are availab...

TALES IN SPACE DEFY PHYSICS WITH THEIR NEW SINGLE, ‘IN A MILLION PLACES AT ONCE’ World class these boys. - Rosie Beaton, Triple J Sydney’s favourite electro-pop twosome return with the follow-up single to their hugely successful track, Shades. Plucked from their highly anticipated forthcoming album,...

One show not to be missed!

There can be little argument that CHIC was & is disco's greatest band; and, working in a heavily producer-dominated field, they were most definitely a band. By the time CHIC appeared in the late '70s, they bucked the trend by stripping disco's sound down to its basic elements; their funky, stylish g...

After months and months of waiting, anticipating and teasing, it’s finally here. Today, the brand new, musical reflection of the intense ride that is Armin van Buuren’s life, has gone alight. Collecting 3 years of genre-bending production work and impassioned song-writing, the fifth artist album of…

PUSHing it deeper with an influence from below.. It's about time we all dug a little deeper with the build up to Summer in Hong Kong and Europe.. e...

A Celebration of Life, Music and Mateship!

Billy Joel and Van Halen’s only Australian shows! - Performing full 90 minute sets - TOOHEYS NEW AND STONE MUSIC FESTIVAL JOIN TOGETHER TO CELEBRATE MATESHIP! With just over five weeks to go until the gates swing open at ANZ Stadium for the first…

Interviewing Mat Zo and Arty this week... what to ask them?!?

BUTCH heading down under this Feb

Ready for next week?

One Tour - The Gaslight Anthem

In a few short years, New Jersey quartet THE GASLIGHT ANTHEM have gone from punk rock bruisers to one of the most celebrated & prolific rock acts in the world today. Wearing their influences as badges of honour, it was the release of ‘The 59 Sound’ that saw them create a monster that would go dow...

New Album coming out from The Chariot

THE CHARIOT TO RELEASE NEW ALBUM ‘ONE WING’ AUSTRALIAN TOUR EDITION WITH TWO BONUS TRACKS ON FEBRUARY 22ND “One Wing is equal parts raw, deranged, beautiful, and immense – it’s a very primal and exhausting release; something you can feel pouring out of your speakers.” – Absolutepunk.net THE CH...

Above & Beyond Set Times - ClubAntix

Check your set times for Above & Beyond!

Look what I just found on SoundCloud: http://soundcloud.com/deejai/dee-jai-oct-2012-mixtape

BY POPULAR DEMAND, SUN CITY ADD NEW SHOWS TO NATIONAL TOUR Perth electro pop heroes Sun City show no signs of slowing down. Recently releasing their sophomore EP ‘Set Alight’, they kicked off their correlating national tour last week with packed out shows in Sydney and Brisbane. Due to the succes...

Be the first to know and let us send you an email when ClubAntix posts news and promotions. Your email address will not be used for any other purpose, and you can unsubscribe at any time.

All details online now! http://bitly.com/1fhs65F
The Prodigy - Nasty .... Check out the exclusive preview with thanks to Future Music Festival
Future Music Festival Australian acts announced with more to come tomorrow!!!!
Audio and Teddy Killerz on their way to Australia thanks to Inhibit Promotions!!!!
Gent & Jawns are heading to Australia this Feb with tour dates and venues now available!
https://www.facebook.com/therealdeejai/posts/10154892309475524
Ticket released for the Melbourne shows for Armin van Buuren.... GO!
You interested in music and having an opinion? We're looking for a reviewer for tonights show!
Most buzzed about events may be an understatement....
Dash Berlin Set Times - GET READY AUSTRALIA!
This is
He competes on a world stage.... and not just with music.
ClubAntix, together with Elton Smith had the pleasure of speaking with Laidback Luke and we are all the better for it.
x

Other Arts & Entertainment in Melbourne (show all)