Over the years, we've covered George's Express Column, the UK & US productions of Taboo the Musical and various aspects of George & Culture Club's career, and have had wide and varied features on the site from news to reviews, pictures and themes like "40 George Milestones for his 40th" and self-created mythologies surrounding various Culture Club stories for Culture Club's 20th Anniversary in the

Over the years, we've covered George's Express Column, the UK & US productions of Taboo the Musical and various aspects of George & Culture Club's career, and have had wide and varied features on the site from news to reviews, pictures and themes like "40 George Milestones for his 40th" and self-created mythologies surrounding various Culture Club stories for Culture Club's 20th Anniversary in the

Here's a bit about Andy Bell and George's collaboration on Kinky Roland's upcoming "Metropol Nights" album - it is in German but you get to hear George singing a little bit from "That Night In Brazil"! :)

“Metropol Nights”
will be released on August 5, 2022
Limited edition
( Link for order will be posted in a few days here )

It's a real concept album about 80s disco parties without being nostalgic. The tracks are all new or reworked and recorded in the analog style of the 80s. One thing unites the album creator and the artists: the passion for the sound of the electronic clubs of the 80s.

The "Metropol" nightclub was synonymous with excessive disco and party nights, especially in the 1980s.
George Zampounidis chatted with Andy Bell and Boy George on the phone, was a regular at Metropol in the 80s, and also DJed there for a while some time: "Andy and George are super easy going and want nothing more than to celebrate their passion for the 80s disco sound. And I get the title of the album.

Metropol nights are legendary. The Lazer show at the Metropol was amazing. It was the only big club in walled West Berlin that celebrated so excessively HiNRG & Disco House before it became popular in the other so called scene clubs in the city. A true temple of music dance. It was something like the German STUDIO54". DJ Westbam also started his international career at Metropol exactly at this time. The album mainly references the early and mid 80s, when wave, disco and electropop united on the dance floor.

THE ALBUM AND ITS SONGS:

Songwriter/producer Kinky Roland on his album idea and one of Boy George's tracks: “The Metropol was my favorite nightclub. I also asked Boy George to write suitable lyrics for one of my compositions.
Following the memories when we left the club at 5am and trudged through the freshly fallen snow in front of the Metropol and enjoyed the fresh air.
That's how Boy George's song "Morning Snow" was born." The story behind the duet song "That Night" by Boy George and Andy Bell of Erasure has - despite its party suitability - a back - really serious plan.

The songs on his album "Metropol Nights" are almost all by the songwriter "Kinky Roland" himself.
Only Marian Golds/T.O.Y. "Turn On" and John Carpenter's legendary "The Fog" soundtrack come from the musicians themselves.
"The River" was co-written by Kinky Roland and current Italo Disco stars Rago & Farina.

Here is the tracklist for "Metropol Nights":

EXHIBITION!
8 July - 17 Aug 2022 - Brunswick Gallery, London, U.K.
John Themis is back! 🎉 This time behind an exhibition, Louder + Prouder, showing artworks by Boy George and other artists!

Great, in-depth podcast discussing each of Culture Club's albums. Which is your favourite, and least favourite songs from each of CC's albums and why? Their choices are interesting!

The Sly Dog is joined by returning guest Jon Lamoreaux (The Hustle Podcast) & Brian Linnen (Permanent Record Podcast) to go album by album on 80's pop legends Culture Club! We get into the bands history, discovering the music, Boy George, seeing the band live, & so much more. Tune in and turn it up!

Jon Moss Net Worth: How Wealthy Is This Celebrity? Luxury Lifestyle!

celebrity Net worth Jon Moss Net Worth: How Wealthy Is This Celebrity? Luxury Lifestyle! Nik Fret July 3, 2022 As a member of the 1980s new wave band Culture Club, Jonathan Aubrey Moss (born September 11th, 1957) is a well-known English drummer. The Damned, the Nips, and Adam and the Ants are just a...

Great analysis of Do You Really's multitrack and how the track was put together :)

Another returning act was also announced.

Happy 10th anniversary to this little thing I put together!

SCRAPBOOK is still one of the biggest projects I've worked on and love it wholeheartedly. I think it represents Culture Club's pre-history and 80s era well, in how they captured the world's attention and were reported by the media accordingly.

Originally, it was meant to be a collection of fans' stories and photos to go with it, but beyond the page of tickets, and the photos accompanying Paul's and my introductory paragraphs, it went somewhere else...

Personally - it was put together across a turbulent time in my life (during the disintegration and break-up of a long-term relationship, and the re-adjusting of my life after that) so also feel extra proud that I didn't give up on the book in amongst all of that.

(... and If I were to do another book, what would you like to see? Please comment below.)

About 8 months in the making. 600 pages plus... here's the SCRAPBOOK project, and I hope you love it as much as I do!

Your download links, as I know reading this on here isn't the most ideal:

ENJOY! Tell me what you love, what you don't - what are your favourite pics and all that sort of stuff...

The Next Thing Will Be Amazing 💖

The Next Thing Will Be Amazing 💖

WILMINGTON — An '80s pop sensation will take the stage at the Wilson Center later this year. The U.K. new wave import Culture Club and its frontman Boy George are slated to hit the stage on Sept.

Crossroads Clouds And Me.

Crossroads Clouds And Me.

This is the first video from my forthcoming album " Where Are We Heading Now?". Coming later this summer.

Boy George Went Solo with 'Sold' in the Tumultuous Mid-'80s

Which are your favourite tracks from Sold? (I love most of the album!)
And are there any songs from it you particularly don't like and won't listen to? (Mine's We've Got The Right)

Boy George is an essential figure in queer pop culture because his work strove to counter the prevailing conversation about queerness in the 1980s.

Anyone considering going to the CC concert in Saratoga this week? groupon have a big discount on tickets!

Eighties pop icons take the stage for an evening of classic hits from “Karma Chameleon” to “Do You Really Want to Hurt Me?”

VIDEO from the San Diego show!

If you see any other video links, share them in the comments below.

The Man I Love

We Are Not To Blame

Boy George is continuing to share new music regularly. No longer burdened by the expectations of a record company that expects music to come in the form of an album every few years, George has been putting out a steady stream of single releases. In fact,...

#29 - We Are Brando "Let's Go The Distance"
https://www.youtube.com/watch?v=5mspfUe0HAU

Available for streaming / buying midnight in your timezone! (Thanks Váy)

Culture Club - The New Thing Will Be Amazing

Not often a song title matches its description... but here it is!

The Next Thing Will Be Amazing!

I started this songIn a raincloud of my own years I was the serpent You were the saintDrawing on the past but the outline was faint He had no faith all over ...

Official link for the new remix / remake of Time! https://www.youtube.com/watch?v=9UEfhNL_ZSg

Produced and mixed by Kinky Roland for House Of White Noise. Everything is new on this version, vocals included. It is a remake that holds the truth of the o...

In one of the earliest pieces of video footage of Boy George after founding Culture Club, French show "Cinema, Cinema" interviewed George at The Foundry abou...

Be the first to know and let us send you an email when Cyber Chameleon posts news and promotions. Your email address will not be used for any other purpose, and you can unsubscribe at any time.

Send a message to Cyber Chameleon:

Highlights of George from The One Show 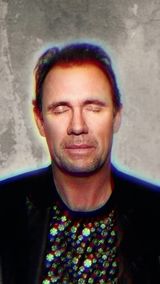 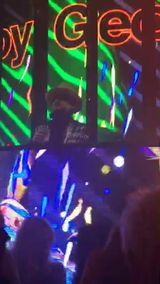 Cyber Chameleon is a Culture Club / Boy George fan-site, established in 2000 by Adrian Prosen from Melbourne, Australia and Glenn Cunningham-Vilar from Dublin, Ireland, and run solely by Adrian since 2004. Cyber Chameleon’s page was established in 2010. Over the years, we've covered George's Express Column, the UK & US productions of Taboo the Musical and various aspects of George & Culture Club's career, and have had wide and varied features on the site from news to reviews, pictures, remixes, live and rare downloads, and themes like "40 George Milestones for his 40th" and self-created mythologies surrounding various Culture Club stories for Culture Club's 20th Anniversary in the early 2000s. Recent Cyber Chameleon features include the 'cyber-esque' fanzine (2011-2015) which took current-day articles and photos and formatted them into a magazine format; and free online books “SCRAPBOOK” (a 600+ page collection of photos and articles from Culture Club’s stint in the 80s chronologically laid out) and “VANITY CASE” (the stories behind 40+ Culture Club / Boy George songs). Outside of Facebook and www.cyberchameleon.com , Cyber Chameleon is also on Instagram instagram.com/cyber_chameleon Twitter https://twitter.com/culture_clubbed and, to showcase some creative endeavours, RedBubble redbubble.com/people/cyberchameleon