Raise the Bar Comedy loves and celebrates kickass women comics. Amna Bee @amna.bee.comedy had a chat with the hilarious and inspiring Pakistani comedian and artist Tamkenat @tamkenat about her artistic journey and being funny in a serious place. South Asian Today @southasiantoday has the full feature on their website.

Tamkenat’s content is a mix of Punjabi, Urdu and English and it’s brilliant, have a look!

It's finally here! Our Toronto show is tonight and SOLD OUT! Way to go Toronto 🔥🔥🔥

It's going to be a kickass show with excellent comedy and lots of fun. Remember to get there BEFORE 9:30pm so you can grab snacks/drinks and grab seats of choice. There will be a break in between the show so you can eat/drink some more :P

Alright alright alright! Our show is day after tomorrow and we’re very very excited to welcome Melanie Dahling @melaniedahling to our stage!!

Born and raised in Winnipeg, Manitoba- Melanie Dahling is making a name for herself in Toronto with sharp writing, theatricality, and fabulous unfabulousness.

As an opening act, she’s worked with the likes of Cameron Esposito and Anna Drezen.

As a headliner, she’s graced the stages of Montreal’s Art Loft, Winnipeg’s Comedy at Wee Johnny’s, and Toronto’s The Merry Janes of Comedy.

Check out her interactive abomination “Down to Clown” monthly at Nothing Fancy.

Be sure to grab those last couple of remaining tickets so you don’t miss out on this epic lineup!!

Making our upcoming showcase even more epic is Isabel Zaw-Tun @isabelzawtun who will be joining us this Friday August 19th (9:30pm at @mandys_bistro Toronto)!

Isabel Zaw-Tun is best known as one of the coproducers of fashion-comedy show Hack Couture, and worst known as the star of a Turbo Tax ad with fourty-two thumbs down on YouTube. She once designed a T-Shirt for Mackauley Caulkin (sp?) and lives around the corner from the s*x shop with the worst Yelp reviews in the city.

Intrigued? We sure are! Can’t wait to have Isabel tell us all about this and more!

Link in bio or www.tinyurl.com/rtbaugto22

Our first ever Toronto show is this Friday August 19 and it’s going to be an absolute ripper! We’ve sold out our initial tickets and added a few more upon request. So make sure you grab yours from the last few that remain!!

Raise the Bar Comedy is stoked to welcome Hannah Veldhoen @hannah.veldhoen on stage! Hannah is a new Toronto comic making a name for herself at local comedy competitions and clubs across the city. She brings all of her failures in life and in love to the stage for you to laugh at.

Guys, it’s going to be awesome and you need to be there :D

Raise the Bar Comedy is coming up this Friday August 19 and we are thrilled to have Desirée Walsh @desiree.lisa.walsh_ with us!

Desirée is a comedian with cerebral palsy. A former competitive swimmer, she traded in early morning swim workouts for the late nights of stand-up comedy. She has been featured on Breakfast Television, The Reel Abilities Film Festival Comedy Night, ALTdot comedy Lounge and the now defunct show Nighttime TV on Rogers cable Mississauga.

She’s an absolute killer on stage and you need to catch her before she gets her own Netflix special so you can brag about it. Make sure you don’t miss out!

It feels like a privilege to bring Raise the Bar Comedy to Toronto and we are so grateful and stoked to have awesome comics like Rasha Elfeky @thatgirlrasha join our August 19th showcase lineup.

Rasha is an up and coming comedian who’s been killing it all over the city. Her specialty happens to be roasting 😎. We can’t wait to hear those zingy bits!

Join us next Friday Aug 19 at Mandy's Bistro in Greektown, it's going to be super fun!

We are so excited to work with some amazing comics in Toronto, case in point: Surer Qaly Deria!

Surer Qaly is a stand up and writer who has performed all over this great city. She just finished a Fringe run with the Don Valley Girls, written for Virgins! a CBC Gem web series, and this fall will be joining the writing room on This Hour Has 22 minutes!

Folks in Toronto: be sure to not miss out on catching Surer dazzling us on stage! Join us Friday August 19 at 9:30 pm at Mandy’s Bistro (doors open 9:15pm).

There are a handful of tickets left so grab yours now:
https://tinyurl.com/rtbaugto22

Countdown to Raise the Bar Comedy’s August 19th show in Toronto begins and we are SO excited to have Emilie Wilkinson @kickasscompassion join our line up!!

Emilie Wilkinson is an actor and comedian based in Toronto. She trained at Humber College for Acting for Film & Television and Second City for Standup. Emilie is the winner of the Laugheteria Comedy Competition, The Roommate Roast, and has performed on stages such as YukYuks Toronto, Comedy Bar, SoCap Comedy Theatre, and more. Fun fact, one of her first times trying standup was in Thailand at a local tourist bar where she told jokes about being Canadian.

Be sure to catch her at our Friday Aug 19th show at the lovely Mandy’s Bistro @mandys_bistro . It’s going to be prettyyyyy amazing :)

Tickets are selling FAST and there’s limited seating so get yours now!

You gotta get to this 😉

Another killer clip from one of our nights, here’s Charisa Bossinakis @charisa_bossinakis on baby boys vs baby girls 😆

This is next level – Raise the Bar Comedy in Toronto Canada! We’re going international baby!
Raise the Bar Comedy kicked off in Melbourne, Australia over a year ago and has hosted awesome, fun-filled, killer comedy nights with the spotlight on local women and non-binary comics. We are now going to do the same in Toronto. It’s the comedy crossover between these two countries we didn’t know we needed.

The epicness will unfold on Friday August 19th 9:30 pm (EDT) at Mandy's Bistro @mandys_bistro (123 Danforth Ave - Broadview & Danforth). A show as great as this one needs a venue that’s just as great and we’re so grateful and happy to have Mandy Goodhandy @mandygoodhandy have us!

Also so so thrilled to have line up of very funny comics – many of whom trusted me when I said I can put on a show. Thank you for that. I promise this is not a cover for selling Amway. Our line up features:

Your host for the evening is Amna Bee @amna.bee.comedy a globe-trotting comedian who loves cross-cultural collaborations more than vegan wine.

Come along to watch some comedy in a welcoming, vibrant environment. You definitely don’t want to miss this historical event. Tickets are only $12, just about the most affordable thing in Toronto right now 😉 Last night's May Extravaganza @voltairemelb was spectacular fun! We had standup comics, we had musicians and we had vampires 😂

Our audience was as lovely as always. Such a treat playing to this crowd.

And thank you @creme.captures for these divine pics 🔥

This was the last Raise the Bar Comedy showcase until @amna.bee.comedy returns from her travels. Who knows though, there might be an international Raise the Bar comedy popup night during that time ;)

Here's some sweet savings for you! Use our promo codes 20OFF and 3FOR2 when you buy your tickets. Link in Insta bio or https://tinyurl.com/rtbmay22

Join us at our May Extravaganza featuring an amazing lineup of some of Melbourne's funniest and finest comics! There will be standup, there will be original music and above all, there will be phenomenal fun!

Doors open at 6:45pm and show kicks off at 7pm at Club Voltaire, North Melbourne.

See you there babes!

A wonderful last minute addition to our May Extravaganza - the fabulous Anna Log Comedian @annalogcomedy as our guest co-host.

She’s a killer comic and an equally vibrant MC. We feel very lucky to have her with us woo hoo!!😊🥳🙌

Link in bio or:

Be the first to know and let us send you an email when Raise The Bar Comedy posts news and promotions. Your email address will not be used for any other purpose, and you can unsubscribe at any time. 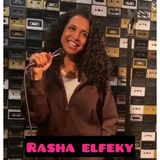 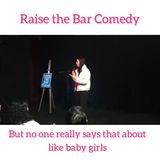 Another killer clip from one of our nights, here’s Charisa Bossinakis @charisa_bossinakis on baby boys vs baby girls 😆 #funny #standupcomedy #funnywomen

It was predicted last night 😂 #Repost @youknowsunanda with @make_repost ・・・ My brother is gonna #honourkillings me over this video but at the rate we’re going I prob won’t see him for another 4 tears so… I’ll probably have a million more reasons by then to be even dumber on stage. Stage. Live shows. Glad I did this last night. YOU NEVER KNOW WHEN IT’S GONNA BE THE LAST TIME FOR SOME TIME! @raisethebarcomedy it was a Christmas miracle 👼🏼🎄🧑🏾‍🎄 and #melbournelockdown is gonna be fine. It’s just our monthly lockdown till everyone is vaccinated. 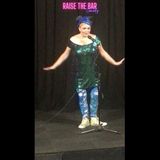 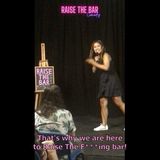 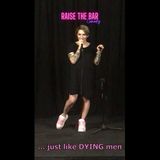 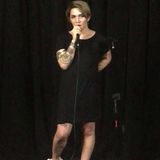 Other Comedy clubs in Melbourne

TONIGHT! COME THROUGH!!
OOOOOHH SO EXCITED FOR THIS ONE!! I can't believe we have Australian Comedy Legend and cheeky menace Bev Killick ! We're going with Festivus cause we have to AIR GRIEVANCES!!! Imma roast you to a crisp Amna Bee ! Get your tickets for a fantastic night of Comedy on December 2nd: https://www.tinyurl.com/rtbdec21 25% off Early Bird 🐦 sale ends on Friday!
I AM SOOO EXCITED FOR THIS ONE!! Bev is a legend from the Australian comedy scene and an absolute cheeky menace and I can't believe she's headlining our show 😱🤯 I also have SOME GRIEVANCES TO AIR Amna Bee 😤 .... Ooooohh Imma roast you to a crisp!!! https://tinyurl.com/rtbdec21 Join us for Festivus this Dec 2. 25% Early bird discount ends Friday 🐦
Soo excited about tonight, 7PM @ Club Voltaire, North Melbourne Hit me up for tix ;)
Less than a year since its inception Raise The Bar Comedy has managed to book its first corporate gig. It's been a hell of a ride: sold out shows every month and now two incredibly successful online shows... The sky is the limit. So incredibly proud of what we have done Amna Bee : we're raising the bar to smash that glass ceiling into glitter ✨✨
The performers tonight were all awesome. Congratulations to all of you for doing such an amazing job through zoom! It was honestly uplifting :)
Doing it (comedy) online with the girlies tonight! 🧚🏼‍♀️ Raise The Bar Comedy 7pm (AEST) Tix: http://tinyurl.com/rtbonlineaug
Last night I had the great privilege of an uncut chinwag with Amna Bee and Sam Serna - the brains behind Raise The Bar Comedy about the Olympics and continued colonisation, conscious comedy curation and accessibility (or inaccessibility in Melbourne venues - what's with all the stairs!). Last night featured this amazing crew! Pictured clockwise from top left: Cousin Tara, Sunanda (aka DJ Angel Baby), Stella Del Lure, Pauline Sherlock, Harlene Hercules (aka Mandy), Amna Bee, Emily Weir (aka Lord Furby), Jude Perl, Sam Serna. Alt text for image description in image. Spotify link - https://open.spotify.com/episode/2Sx6AAb3JA0yNZ461b6On7?si=FJU_TkmfRJ-44NjNMaO6hA&dl_branch=1 If you are not a Spotify user, search "Deep Distraction" on Google Podcasts, Breaker, Pocket Casts, RadioPublic and Anchor. #comedy #variety #deepdistractionpodcast #raisethebarcomedy
Why walk when you can run…. . #exitstageleft #gottarun #byebye #comedy #standup #jokes #bigfinally Raise The Bar Comedy
Great show last night. Very funny line-up 😁 Hope to be back on the 3rd Thursday in June. 💖
So so stoked to be performing at the first womxn and non binary showcase by Raise The Bar Comedy at Club Voltaire next week! 💃🏼 If you come to one gig of mine this year please make it this one! You can book tickets now for the hottest and funniest lineup since the before times! 🔥 tix: tinyurl.com/raisethebarcomedy