MUNDANE MONDAYS - Cheap live music every Monday night at The Old Bar. Bands start at 8pm, finish by 11pm. If you're interested in playing Mundane Mondays, email Issy with a link to your music and when you're thinking: [email protected]

HI EVERYONE. SO THIS PAGE IS CLOSING AS THERE'S A NEW MONDAY NIGHT COMING UP FROM NEXT WEEK. https://www.facebook.com/MorbidMondaysatTheOldBar 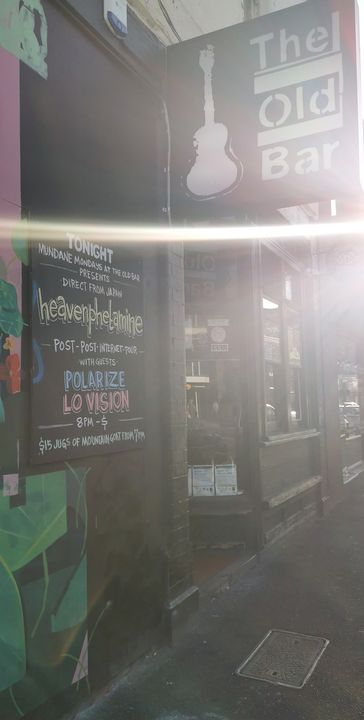 Huge news! After a 9 year hiatus, An Horse are back in the country and play their debut album 'Rearrange Beds' in full this Monday at The Old Bar.

Tickets on the door from 7pm with support from Majestic Horses (feat. Kellie from Screamfeeder + members of TV HAZE and Love of Diagrams) and Full Credit To The Boys (feat. Ai from Dogood).

Don't miss An Horse playing ‘Rearrange Beds’ at The Old Bar this Monday!

Tonight's line up is about to kick off - Georgia Knight is first up, then Hooper Crescent and New Zealand's Jazmine Mary. See you in a minute.

Tonight 's Mundane Mondays at The Old Bar features vocal drippings on synth and bass from Cut Wire, apocalyptic serrated noise with hooks from IF SO WHY, and post-rock whirls from Bollard.

Poster by Amy from IF SO WHY

Bollard, IF SO WHY & Cut Wire - Mundane Mondays at The Old Bar

Shrimpwitch at The Old Bar. Merry Shrimpmas everyone! Thanks for coming.

Burger Chef Christmas Spectacular at The Old Bar. The Dorks and Shrimpwitch up next.

Come to The Old Bar on Monday for Mundane Mondays, if not for us...

Set your sights on next week, and get set to join us for another Mundane Mondays! Monday November 25 features garage post-punk from The Naysayers, Great Australian Bank's 2nd show ever, and folk-punks Would Be Cool.

Tonight's line up is off chops, starting off with LAYLA (Girl Germs), followed by Infraghosts and Tragic Carpet! Only $8 from 8pm.

Tonight at The Old Bar with ZUMA, Jacuzzi and Turtle Wave. Cheap jugs from Mountain Goat Beer all night too.

Be the first to know and let us send you an email when Mundane Mondays posts news and promotions. Your email address will not be used for any other purpose, and you can unsubscribe at any time.

Send a message to Mundane Mondays: 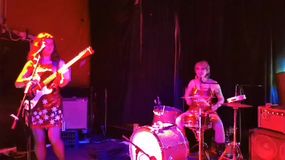 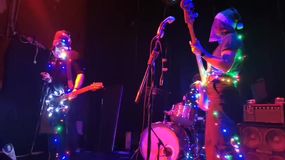 Other Live Music Venues in Fitzroy