WE DID IT!!! Thank you to our incredible cast and crew—a 29 Hour Reading is no easy task, and it went beautifully! The future is bright!

Bet you didn’t think you’d learn so much!!

Look at these fantastic individuals!

And that's the cast! Stay tuned as we begin rehearsals!

Finally, we’re thrilled to announce that Joy Woods will be taking on the role of Grete! Woods recently made her Broadway debut as “Catherine Parr” in SIX! Some of her other credits include: “Chiffon” in the current revival of Little Shop of Horrors, and a member of the ensemble of Mack and Mabel (Encores!) and Ratatouille: The Tik Tok Musical. Welcome to the Samsa Family!

We’re pleased to announce that Mother will be played by the very talented, Pearl Sun! Sun has had a remarkable history on the Broadway stage with roles in “Come From Away,” “If/Then,” and “Dr. Seuss’ How the Grinch Stole Christmas.” We’re so excited to see her join the Samsa family!

Dearest Father…We’re thrilled to announce you will be played by none other than Paul Whitty! Paul Whitty is an incredible talent, and has been in the original cast of several Broadway musicals, including: "Gettin’ the Band Back Together", "Amélie", and "Once". He also played “Oz” in the hit musical "Come From Away". We’re psyched to have him join the Samsa Family!

Franz Kafka/Gregor Samsa is the titular character of our show. He acts as a sort of guide as the audience navigates his past, present, and the impact of his stories. Heart wrenching and hilarious, we’re pleased to announce that Franz/Gregor will be played by Will Connolly! Connolly’s history on stage is an exciting one, from making his broadway debut in the Tony-award-winning musical “Once,” playing the original Jeremy in “Be More Chill,” to co-writing/composing the musical “Fly By Night” for which he received a Drama Desk nomination. Welcome to the Kafka family!

Meet Alan Muraoka, our fearless director! You may know him from his 21 seasons on Sesame Street, or his impressive and expansive history on Broadway! This includes roles in "Aladdin", the revival of "Pacific Overtures", "Mail", "Sh**un, the Musical", "My Favorite Year", "The King and I", and, finally, "Miss Saigon", in which Muraoka had the lead role of “Engineer!”

We’re “buggin' out” about this two time Emmy nominee joining our team!

We’re blown away by the opportunities coming our way! Kafka is heading back to the Big Apple where we’ll be having a developmental work session and industry presentation with some of New York’s best and brightest. Tell Gregor to break one of his many legs!

Keep checking back as we introduce some of the new additions to our team!

Stay tuned for updates about our cast and crew!!

Kafka is back and buggier than ever! We’re stoked to see what’s in store for us with our general management firm: ShowTown Theatricals! Founded by Nathan Gehan, ShowTown manages many productions on and off Broadway, and now “Kafka’s Metamorphosis: the Musical!” is their latest! We can’t wait to tell you what’s happening next! 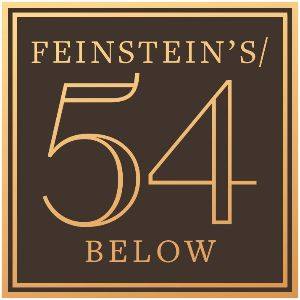 Review: With ‘Jagged Little Pill,’ They Finally Fixed the Jukebox

Congrats to Van Dean, president of Broadway Records and co-producer of Jagged Little Pill, on a rave review and fantastic opening night!

Cyber Monday Special! TODAY ONLY, 40% off to see Franz and Company at Feinstein’s/54 Below on March 6!

Franz and company hope you take advantage of this screaming deal for our show at Feinstein’s/54 Below on March 6!

Our #CyberMonday sale is back and better than ever! Get discounted tickets to favorites such as Beth Leavel, 54 Sings Broadway's Greatest Hits, Sondheim Unplugged, and more! You don't want to miss out on these deals! http://bit.ly/2AblmT1 BIG NEWS FROM FRANZ! He'll be at Feinstein’s/54 Below on Friday, March 6th - one night only! Don't miss a dazzling concert version of the Kafka Musical you never knew you always wanted! http://ow.ly/hRUI50xlnHs

Fabulous closing night shot of Franz and his friends @auburn_public_theater!

Franz was happy to share the cover of the CNY section with @heartofficial on Tuesday! 3 shows left @auburn_public_theater!

Feel like something off-beat? ‘Kafka’s Metamorphosis: The Musical!’ is for you (Review)

"What would you do if you woke up one morning and discovered that during the night you had turned into a large, ugly insect, replete with a hard shell and creepy multiple legs? Would you immediately launch into a series of challenging calisthenics, or how about singing a medley of Broadway tunes?"

A syracuse.com review from our Auburn show last weekend! Be sure to come check out the last leg of our tour Thursday and Friday at Auburn Public Theater!

A clever, humorous show on stage at Auburn Public Theater.

The first review from our Auburn Public Theater show! We'll be back for more shows this Thursday and Friday!

The word "Kafkaesque" is commonly misused, but most understand it to mean some mixture of complicated and unsettling.

Franz is the Talk of Auburn! - https://mailchi.mp/dfadcefdc485/world-premiere-recording-247297

A taste of opening night...

Can't wait for week 2 at Auburn Public Theater next week!

The word "Kafkaesque" is commonly misused, but most understand it to mean some mixture of complicated and unsettling.

Be the first to know and let us send you an email when Kafkamusical posts news and promotions. Your email address will not be used for any other purpose, and you can unsubscribe at any time.

Stay tuned for updates about our cast and crew!! 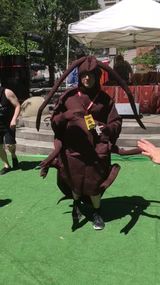 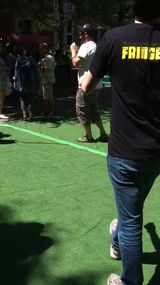 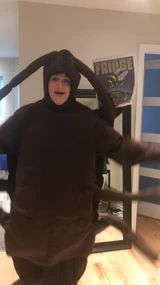 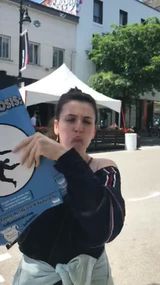 Gregor Samsa awoke one morning to find that he'd caught the musical theatre bug! Kafka's mystifying and mesmerizing novella comes to hilarious and haunting musical live onstage at this year's fringe from the company behind last year's award-nominated "Orson Welles/Shylock." Tap your toes and sing along with the retelling that Kafka never knew he always wanted."

best puppet operations team in show business!!
TONIGHT: The LAST performance of Kafkamusical for this summer here at APT, & for that matter ANYWHERE is tonight at 8pm. Q&A to follow, & the cast will also be selling CDs of their Broadway Records debut album & signing them. Don't miss the show that critics say "...is the best show to come to APT in some time." Doors open at 7pm, show at 8pm. auburnpubictheater.org
The first review & The Citizen's verdict is in on Kafka's Metamorphosis: The Musical, David Wilcox says "...You'll be too busy laughing and marveling at the best show to come to APT in some time." Read this review to learn more about the quirkiest work & most talented cast of Kafkamusical. Opening night is TONIGHT at 8pm, see you there! auburnpublictheater.org for tickets to shows this weekend & next, or you can get tix at the door, doors open 1 hour before the show. #LiveTheater #NewWorks #FranzInAuburn
What a great review out of New York Musical Festival for Kafkamusical Kafka's Metamorphosis: The Musical, running at APT July 26 - August 2. "The treatment of the absurdist source material and this musical's riff on that tone is impressive. Audience members were noticeably smiling throughout." This reviewer went on to say that Kafka's Metamorphosis is certainly ready for prime time, & we couldn't agree more. In New York Musical Festival's history, 49 shows have gone on to mount off-Broadway productions. That's a pretty great track record, so come see this great local show here in Central NY next week so you can say "you saw them back when." Shows July 26,27 & August 1,2 tickets 🎫 to all shows at auburnpublictheater.org or by calling the box office 315-253-6669 Friday’s & Monday’s 10am-2pm
AMAZING segment on Bridge Street Morning Show with our friends from Kafkamusical - excited to present this show fresh from it's Capital Fringe & New York Musical Festival debut! #summertheater #newworks #keepitfresh #tgif
FB live today with our neighbors at Next Chapter Brewpub and Cayuga County Chamber of Commerce - and Kafkamusical had a cameo too!
Have you heard the news? Kafkamusical's Kafka's Metamorphosis: The Musical! announced the World Premiere Recording of the GRAMMY-winning label, Broadway Records! Kafka’s Metamorphosis: The Musical! will be at the Palace on June 29th! Link for the tickets are in the comments! ⬇️
BIG ANNOUNCEMENT from the cast of Kafkamusical, & of course it comes in the form of song. Check out their epic news, & see them LIVE here at APT July 26-Aug 2!
We love this great video from our neighbor theater, Auburn Public Theater! Kafkamusical will be at the Palace on June 29th - get your tickets today! 🎊🎫
Just saw a preview tonight. Really interesting. On its way to the Montreal Fringe Festival. Nice work all.