T. Shaw’s poster for the Signal Fire, Medjool Dates, & One Culture Show. An edition of 25 will be available at the merch table starting at 8pm.

T. Shaw’s @tshaw_designs poster for the @signalfireroots show this Saturday night! An edition of 25 will be available at the merch table starting at 8pm

Green beer & bluegrass with The Smokey Dunes @thesmokydunes Thursday from 8-11!

We’ve had lots of amazing musicians play on this stage, but few can hold a candle to the charisma & talent of Zack Bowes. We are heartbroken to not have him on our stage again, or see what the future beheld for such a talent. His energy was simply infectious. I wish I had more videos of them playing to share—but everyone is always too busy dancing to take videos. Zack Bowes
Honeysickle

We’ll be heading down to Wrightsville Beach on Friday, March 18th to play The Palm Room. We hope to see you Wilmington people there!

Come see Dr. Bacon in 2022, y’all!
Can’t wait to get wild for all you wonderful folks and play some shows awesome bands like The Tan and Sober Gentlemen 3 On The Tree The Hookz and The Mighty Good Times!

🌴 We’ve got a hometown show coming up Friday, Jan 21st with our friends @seranationmusic at @palmroomwb !!

Where will we see you? Tag your homies and see you there!

Please help us make a difference in the cystic fibrosis community TONIGHT!! Live music from Narah, The Girls, & Cancel and a raffle for a custom board by Randel Lee Purdy! We will be donating a portion of our sales to the Live Fearlessly Foundation.

Come to The Palm Room this Saturday 10/2 to benefit Cystic Fibrosis and the @livefearlesslyfoundation! Live music from @narah.official, @the__girls77, & @cancel_241 starts at 9! We will be donating a portion of our sales & there will be a raffle for a custom skateboard by Randel Lee Purdy!!

Getting ready for the Carolinas!!

Getting ready for the Carolinas!!

Thinking about getting back to the beach next month??? Us too. Yarn "Back To The Beach" part 3 is happening, won't you come along for the ride...

Selling Tshirts & to go beers/seltzers out of the window today! Please stop by!!

Selling Tshirts, tanks tops, & to go beers/seltzer’s out of the window today!!

Coastal Beverage is giving away 2 FREE tickets to Myrtle Beach Carolina Country Music Festival & other prizes TONIGHT at 8 PM at The Palm Room!

Band On Fire
The Palm Room May 25th !

Anyone recognize this guy? He stole this bike tonight.

Join us this Friday & Saturday for a 2 night run of Wilmington's own, Signal Fire!! Palm Room is the place to be!!

Lots of great music coming up this week!!

Be the first to know and let us send you an email when The Palm Room posts news and promotions. Your email address will not be used for any other purpose, and you can unsubscribe at any time.

Send a message to The Palm Room:

We’ve had lots of amazing musicians play on this stage, but few can hold a candle to the charisma & talent of Zack Bowes. We are heartbroken to not have him on our stage again, or see what the future beheld for such a talent. His energy was simply infectious. I wish I had more videos of them playing to share—but everyone is always too busy dancing to take videos. Zack Bowes Honeysickle 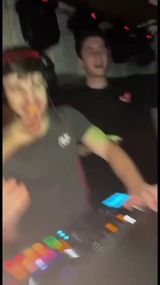 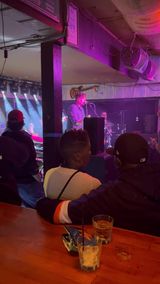 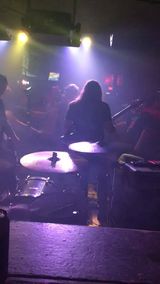 Join us this Friday & Saturday for a 2 night run of Wilmington's own, Signal Fire!! Palm Room is the place to be!!

The Ragbirds Thursday, June 1st at The Palm Room

The Ragbirds Thursday, June 1st at The Palm Room 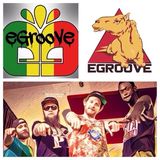 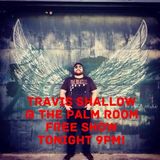 Come out & see Travis Shallow perform a special solo acoustic show at The Palm Room on Friday 06/17! Travis is a singer/songwriter based out of Wilmington, NC. Shallow's music is a blend of Americana, Soul & Rock & Roll! He brings a soul-filled show every night that is not to be missed! For fans of: Jason Isbell, Jerry Joseph, Sturgill Simpson, & more! FREE SHOW! Starts at 9pm. @travis_shallow_music @travisshallow #PalmRoomWB #supportlocalmusic 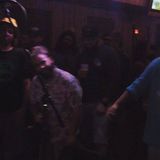 Thanks to all the fans & patrons who came out last night for @macandjuicequartet w/ @fonixband! It was a stellar night of music & good times! 🎶🎶🎶🌴🌴🌴#PalmRoomWB 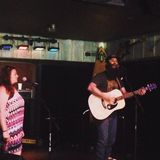 #TBT to last #SundayFunday when our pals the #Perlino duo came up from Myrtle Beach and blew us all away with their cover of Sturgill Simpson's cover of Nirvana's 'In Bloom'!!! Way to go guys! Killer vocals on this! 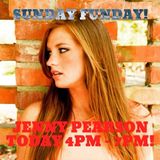 Sad to report that King's on Wrightsville Beach is no longer with us. Hoping everyone is safe. We will be opening late today, the parking lot is not deemed safe by the fire department. We are hoping to be open by 5. We will keep everyone posted. Ironically enough, Signal Fire will be playing tonight! See everyone soon! 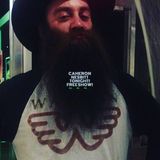 Don't be scared of the beard! We're not 100% sure what all Cameron has hiding under there, but we do know he often hides stellar tunes & good times! Make it to The Palm Room tonight to catch this great FREE show at 10pm! Stay safe out there with the storms! #palmroomwb 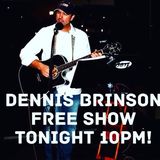 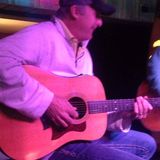 We know it's March Madness, so come to The Palm Room tonight to get your March Music fix at 10pm! Alternative Vision is throwing it way back to the '90s tonight! Come enjoy the tunes after the games & celebrate like its 1999! For real! #palmroomwb #alternativevision #saturdayonwb 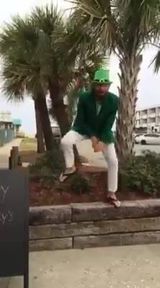 Oh yes... If you didn't celebrate St Patty's with us, you probably didn't get to witness the tallest leprechaun alive. Don't worry, he will be making appearances later tonight. Come to Palm Room and have a cocktail! 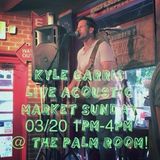 Market Sunday Tunes Announcement! Our friend & everyone's good buddy, Kyle Garris, will be slinging his classic country tunes from 1pm-4pm during Market Sunday 03/20! Kyle often covers Willie, Waylon & the boys! You can check out loads of local vendors including artists, a food truck, local brewery & other community groups from 12pm-6pm! Come out the beach to shine up your Sunday by grabbing a drink & supporting your local economy! Enjoy all of the 'localness'! Free of course! 🎶🌴🎶🌴🎶🌴 #palmroomwb #marketsundaywb #supportlocal @jsarahcraig 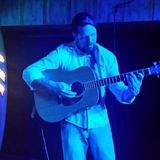 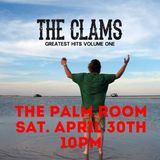 Show Announcement: So, you can't make it to see Widespread Panic in Raleigh on Saturday 04/30?!? Well, The Clams & The Palm Room have you covered! The Clams have been jamming together for over 10 years, performing all over Wilmington and local beach towns. They love good music and good people and embrace the opportunity to perform. You can call them a Jam Band, Eclectic Rock, Garage Rock, and hell, even Americana. Um, they've totally been awarded 'Castle Hayne's favorite party band since 2003,' and the band's interests include two things: drinking beer and playing music. Check out their new album 'The Clams Greatest Hits Vol. I' now streaming on @spotify! For fans of: Bob Dylan, The Grateful Dead, Phish, The Kinks, The Police, The Beatles, The Band, Buddy Holly and the Crickets, The Beatles, George Jones, Johnny Cash, Frank Zappa, The Who, The Beach Boys, The Casserole, & Booker T and the MG's. $5 Cover #palmroomwb #theclamsnc

"Listen to the ocean sing sweet songs to rock my soul "