An annual Festival screening films that are inspiring, educational and entertaining. Come for the films, stay for the food, join in the conversation.

"Exodus 1947" is now showing virtually, accessible until midnight tomorrow, through a link found on www.wilmingtonJFF.org .
Thank you for supporting this Spring's Festival, and welcome back to in-person viewing.
Enjoy today's 1 hour show in the comfort of your homes, and be sure to join us for our next Festival!

Our speaker, Rick Barton, will share his ideas on modern day immigration to Israel and the history of the various waves of immigrants which have contributed to Israel’s diverse and innovative populations.

Reminder - 3 films remain in our Spring Festival:
"Love and Mazel Tov" will be featured tonight at 7 pm, and "Latter Day Jew" shows tomorrow at 7 pm, both at Thalian Hall Center for the Performing Arts.
Ticket information and details can be found at www.thalianhall.org/wilmington-jewish-film-festival .
"Exodus 1947" will be accessible virtually, from 12:00 pm Tuesday, May 3, until 12:00 pm Thursday, May 5.
A link will be made available for accessing the film at wilmingtonJFF.org . Enjoy these remaining treasures, Friends!

We are starting to wind down, dear friends. Be sure to catch "Latter Day Jew", an uplifting story of a former Mormon and converted gay Jew who prepares for his Bar Mitzvah.
The film will be shown on Monday, May 2, at 7 pm.
Get your tickets and information at www.thalianhall.org/wilmington-jewish-film-festival , and we'll see you at our final in-person Spring Festival feature!

We hope you've been enjoying our fabulous lineup of Festival films!
Don't miss "The Automat" at 3 pm on Sunday, May 1, a nostalgic look at the cultural mesh found at New York City's Horn and Hardart, with commentary from Mel Brooks, Ruth Bader Ginsburg, Elliott Gould, and more notable patrons!
At 7 pm on the same day, be sure to catch "Love and Mazel Tov"!
See you at the Festival!
www.thalianhall.org/wilmington-jewish-film-festival

Hey there, WJFF Friends! Tonight's the night, at 7 pm, for the inspiring double feature, "I Am Here" and "Ismail's Dilemma"!
Get tickets now if you haven't done so, at www.thalianhall.org/wilmington-jewish-film-festival .
See you at the movies!

At 7 pm on May 1, we'll be offering a short film along with "Love and Mazel Tov"! The movie is titled "The Shabbos Goy", and is about an Orthodox Jew who tries to find someone to turn off an adult toy gone rogue!
Enjoy the trailer below and get your tickets today!
https://vimeo.com/363864190

Coming up on May 2, at 7 pm, we are happy to feature "Latter Day Jew", the story of a gay former Mormon/converted Jew, who finds his spiritual path and prepares for his Bar Mitzvah.
Enjoy the film's trailer below and join us for the show!
https://www.youtube.com/watch?v=Fvo2R0-FnTs&t=1s

Hello, Festival Fans! "I Am Here" and "Ismail's Dilemma" are our featured films for this Wednesday evening, April 27. Be sure to get your tickets now and enjoy these very inspiring movies!
www.thalianhall.org/wilmington-jewish-film-festival

Hello, Festival Friends! Remember that this evening is our showing of "Greener Pastures" at 7 pm!! This feature is heartwarming and should leave you all smiling out loud!
Ticket information and details can be found at www.thalianhall.org/wilmington-jewish-film-festival, so get your tickets now, and we'll see you at the show!

May 1 brings us to "The Automat" at 3:00 pm, a clear and enjoyable experience and memory from many of our childhoods!
Watch this inviting trailer, then get your tickets, at www.thalianhall.org/wilmington-jewish-film-festival, today!

Hello, Friends! Remember, that "Greener Pastures" will be showing Monday night, April 25, at 7 pm! This is a comedy that addresses later in life alternatives! Get tickets now at www.thalianhall.org/wilmington-jewish-film-festival ! See you there!

Hi, Festival Fans!
There's 3 days to go until the launching of our Festival, IN PERSON, with exciting and memorable films for YOUR entertainment! Get your tickets now, at www.thalianhall.org/wilmington-jewish-film-festival , and we hope to see you Sunday at "Persian Letters"!! I Am Here- Official Trailer

One week from tonight, April 27, features two heartwarming films, "I Am Here" and "Ismail's Dilemma". Enjoy this trailer for "I Am Here" and get your tickets NOW!
https://www.youtube.com/watch?v=nJffwoQ4y84

COMING TO VOD MAY 24th! A life-affirming documentary that celebrates the remarkable life of Ella Blumenthal, whose magnetic personality and spirit has remain...

One week from tonight, we feature film #2, "Greener Pastures"! Take a look at the trailer, and enjoy the smiles!
Hope to see you there!
https://vimeo.com/600875364?embedded=true&source=video_title&owner=8086950

This is "Greener Pastures Trailer" by IsraeliFilms on Vimeo, the home for high quality videos and the people who love them. Occupied France, 1942. Gilles (Nahuel Pérez Biscayart) is arrested by SS soldiers alongside other Jews and sent to a camp in Germany. He narrowly avoids sudd...

In case you need a reminder of our varied and fabulous lineup, check THIS out...

We are in the final week's countdown to this season's exciting festival! Don't miss "Persian Lessons" on April 24, at Thalian Hall!

Hello, Festival Friends and Fans!
How about a sneak peak of this Spring's Festival, running from April 24-May 5?
Sit back and enjoy this trailer of our lineup!
Smiles and stories abound!
https://youtu.be/jD7ao9iQCCM

Hang onto your hats, Friends! The Festival is right around the corner, so it's time to mark your calendars and get ready!! Tomorrow is the day! Our Summer Series will draw to a close with "Persona Non Grata", shown at The Pointe Cinemas, at 7 pm.
Get your tickets now and be sure to go to our website for all information and details:
www.wilmingtonjff.org
Thank you for your interest and support during our Summer Series this year; let's finish strong and wrap up a most successful Festival! See you tomorrow, at the movies!

Wilmington Jewish Film Festival showcases films that advance and share common interests within the Jewish community and at the same time to share our heritage with the general public.

Be the first to know and let us send you an email when Wilmington Jewish FILM Festival posts news and promotions. Your email address will not be used for any other purpose, and you can unsubscribe at any time. 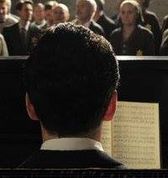 In Search of Israeli Cuisine

In Search of Israeli Cuisine 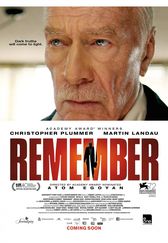 A World of Film 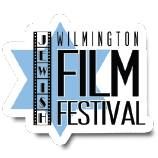 These elements became signature features of the annual film festivals that followed every spring, beginning in 2014. The film screenings have attracted more and more viewers, and thefestival has become an important part of the Jewish community as well as the Wilmington community at large

Screenings include internationally acclaimed films on Jewish themes and issues, both historical and contemporary. The selections represent the best of Jewish filmic creativity in the U.S., Israel, France, and other nations. A summer film series has recently been added to screen excellent films that could not be placed in the spring Festival.

In the fall of 2018, the Festival presented the North Carolina premier of the film, Who Will Write Our History. Director/producer Roberta Grossman was brought to Wilmington for a question-and-answer session after the screening. The event was sold out and was tremendously successful.

The Festival’s hosting venue is historic Thalian Hall Center for the Performing Arts, in downtown Wilmington. A signature feature of our festival is a reception that follows each of our films giving the audience an opportunity to discuss the film with fellow filmgoers.

In keeping with the Festival’s educational mission, we have expanded our cultural outreach to include daytime screenings of an age-and theme-appropriate film for local public high school students including transportation as an enhancement of their 10th-grade English curriculum on the Holocaust.