The Stage Was Set - The tournament was in Anniston, Alabama. and it was a huge bar table tournament.

All the greatest players were there, and I was with Weldon Rogers, "Billy Johnson", Berle, and a group from Kentucky.

Weldon told me he wanted me to play David Matlock (the world's greatest bar table player) and have Billy Johnson break for me, so we matched up a 10 ahead for $10,000.

"Billy" (Wade Crane) had only been playing on big tables the last few months and couldn't get the break working. I played flawlessly and got 8 ahead, then Matlock put an "8 Pack" together and we were even, then 1 down.....down 2....and counting.

I was sitting next to "Billy," he leaned in close to my ear and whispered "I just figured the break out....we're going to beat him 30 ahead if he doesn't quit!" I looked up at him and could instantly see, he was calm, his eyes were Blazing- he was deadly serious!

Sure enough, all of a sudden I won a game and BILLY BROKE>BAMMMM!!! The cue ball hit the one and went straight up in the air while 4 balls fought to get in the pockets.

The cue ball came down {still bouncing} PARKED at the center of the table. Billy said in that "low tone" as he walked back to the chair "I over amped on that one," glanced at me with a smirk on his face, and winked. I knew what was fixin to happen.

We put on a devastating "One/Two Punch Clinic" from there on out and won the 10 ahead in the next hour. He was right, we would have put "30 Ahead" on anyone from that point on.

Weldon got up and offered anyone at the tournament the "Last 2" if they wanted to play us that same game - everyone declined.

Dedicated to Wade Crane aka "Billy Johnson" - I miss you buddy, hope you're breaking balls in Heaven!

'The Game is the Teacher' www.cjwiley.com 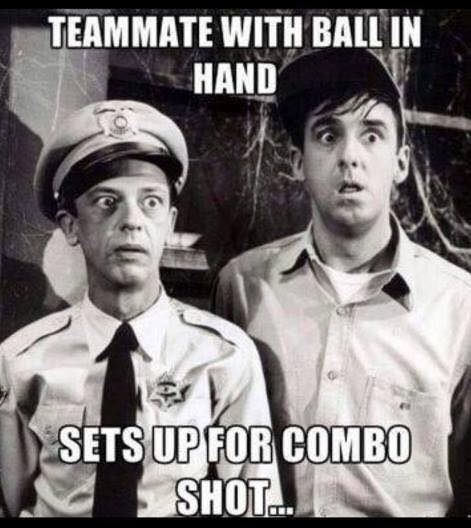 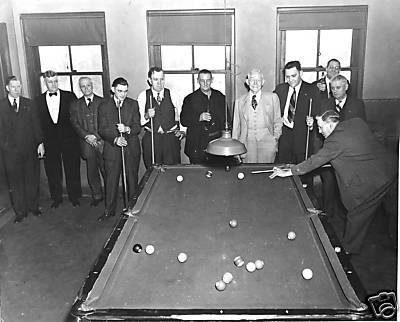 ILM Pool Players. If you are interested in BCAPL this session to win 1 of 2(3) packages to Vegas send me a message with your roster. We will begin in a few weeks and shoot on Sundays at Rack'm.

Come have some fun and improve your overall pool game!

Drop me a message with any questions you might have.

Predator Cues, an Official Sponsor of the 2016 U.S. Open 9-Ball Championships, is giving away five all-access live-stream passes, so you don’t have to miss a second of action. To enter, simply like and share this post between now and 2:00pm E.S.T October 14th. Winners will be announced Friday, October 14th at 3:00pm E.S.T.

The U.S. Open 9-Ball Championships starts October 16th in Norfolk, Virginia and concludes with the final on October 22nd. Winners will be contacted via Facebook with details as to how to obtain their login.

Get our team rosters in ASAP!

Send me a message if you have any questions

Remember that teams must be submitted by Sept. 25th. PLAY begins October 4th.

Flyer for upcoming 8910 Billiards BCAPLs. Please share with your pool friends in the ILM community!

Email me for a copy of the registration form for either league!

OK...I am still alive. Been a crazy month and I now able to begin thinking about getting the BCA league up and running. Sorry for delay and poor communication.

While my intentions are pure to have 2 sessions of 20 teams I feel I might have bit off more than I can chew (FOR NOW). Perhaps another well run and organized session with a nice Vegas trip at the end will bring some of the skeptics on board for next year. Plus I will be better prepared to begin shortly after Vegas is over of the fall session.

1. So for now I am organizing 1 Team Session to begin October 4th on Tuesday nights. (Still up in the air based on number of teams if we will play a double match and be off every other week or play single match every Tuesday night) I am thinking a double match would be nicer. REGISTER team by Sunday September 25th.

2. I am also putting together a Jack-n-Jill scotch doubles league that will be played on Monday nights. Start date is determined based on number of teams we get signed up. My early guess is it will start mid October. REGISTER team by October 2nd. There will be limited spots for this league so it WILL be first come first serve. (22 maybe 24 teams) With a full field of 24 teams there will be 6 packages up for grabs)

Both leagues I want to wrap up by mid April to give plenty of time to make Vegas plans (flight, room etc.)

I post attachments for team registration and scotch doubles registration forms in separate posts with more details of each league.

Two new additions to make it more fun!
A. During sessions we will be running a (league players only) 10-ball break-n-run pot. Details to come.
B. There will also be some small prizes for season Break-n-runs during league play.

Will be a great match. USA! USA!

Finals at 8 AM EDT

Fee live stream for amateur events at BCAPL Nationals! Good way to get to know the Fargo Rate system!

Here is the first of at least three challenge matches that will be held after the US Open 10-Ball and 8-Ball Championships at the Rio in Las Vegas. Purchase your VIP seats today!
www.playcsipool.com/2016-vip-seats

Two teams of 8 going to Vegas from the first 8910 Billiards BCAPL! Congrats to Oyster Shooters (winner of regular season) & With Themselves (Winner of end of season tournament)!

It's On this Sunday at Rack'm. End of the season spring 2016 8910 Billiards BCAPL tournament!

Winner is heading to Vegas this summer to WIN the BCAPL National Championships team event!!

Joe Rogan channels Earl Strickland. Probably the funniest thing I have ever seen. – I LOVE...

Joe Rogan channels Earl Strickland. Probably the funniest thing I have ever seen. – I LOVE...

Congrats to the Oyster Shooters for winning the inaugural 8910 Billiards BCAPL season title! Going to Vegas for the BCAPL National Championships!

We have room for 20 teams for the fall session.

Please send a message or contact me directly if you have an interest in getting a team into this upcoming session.

The same will take place in the spring session as well. So 8-10 teams will win a Vegas package!!!

Will be looking to put together some tournaments over the next few weeks. 8-ball? 9-Ball? 10-Ball?

2. 8+ teams will earn a package to Vegas for the BCAPL National Championships!

Be the first to know and let us send you an email when 8910 Billiards posts news and promotions. Your email address will not be used for any other purpose, and you can unsubscribe at any time. 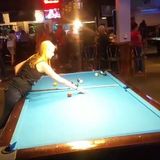 Other Pool & Billiards in Wilmington

Congrats to 15 year old Justin. Shooting with his Predator Cues he secured his 2nd title in the Ultimate 8-9-10 Bar Table Challenge from 8910 Billiards. Everyone is chasing Justin in the standings! Way to go Justin! 2nd place, Barry Irving, also shoots with a Predator Cue. I'm starting to see a trend here...might be time to switch cues! :)