We are looking for a 30-50 year old male (possibly older) to play a disturbed, quirky lead role. Also casting a 35-60 year old dance instructor character actor. This is a campy comedy suspense film... 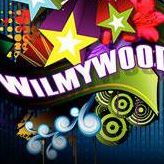 RALEIGH, N.C. (Jan. 4, 2017) – Jeff Lanter has been named as president of Trailblazer Studios, a North Carolina-based production company that focuses on original programming and content.

Lanter, who joined Trailblazer Studios in 2003, most recently served as vice president of Production. He helped lead the company’s shift into original programming for TV networks, including HGTV, TLC, Discovery, DIY, Animal Planet and many others.

According to Trailblazer Studios’ CEO Tom Waring, the 15-year-old company has experienced significant growth in the past five years, calling for a re-alignment of the management team to meet demand for original content. “It’s time to get out of the way and empower our very capable executive team to handle the daily operations of the company,” said Waring.

While Waring will remain in his role as CEO and CFO, Lanter as president will be directly responsible for the company’s four divisions: Trailblazer Entertainment®, Trailblazer Production®, Trailblazer Post®, and Trailblazer Sound®.

“It’s an exciting time to help lead Trailblazer Studios as we continue to deepen our relationships with networks and the creative community,” says Lanter. “We’re focused on developing and producing compelling programming and building on the successes that we’ve recently celebrated.”

About Trailblazer Studios
Trailblazer Studios is an award-winning production, post and sound facility based in Raleigh, N.C., with one of the area’s largest sound stages. Since 2001, the company has created meaningful, compelling and entertaining content for TV, film and advertising. Trailblazer Studios has delivered more than 1,100 TV shows for networks like HGTV, Discovery, TLC, DIY and PBS, as well as numerous commercials and digital content for companies including Sony, ESPN, PEP Boys, Food Lion, Home Depot and Travelocity. www.TrailblazerStudios.com

Located On The Left Beside "The Shops At Beaver Lake"
(Park In Library Parking Lot Only)
*From Asheville: Past Fresh Market/Stein Mart
**From Weaverville: Past Beaver Lake/Bird Sanctuary

Experienced To No Experience Everyone Is Welcome To Audition ~ Always Looking For New Talent!

This Is A Promo Campaign For The Feature Length And Is Non-Paying At This Time.

Auditions Will Be Filmed To See How Well You Read On Camera.

Auditions Will Consist Of Cold-Reading From The Script.

PREMISE: Jessie Stops On The Highway To Give A Beautiful, Strange Girl A Lift One Lonesome Night. Little Did He Know He Would Be Opening A Pandora Of Mysteries That Would Threaten His Life As Well As His Friends. Is What Jessie Experiencing Real Or Has His Past Come Calling Back To Haunt?

JESSIE: Male/20's. A Handsome Southern Guy With The Weight Of The World On His Shoulders. The "Gentler James Dean Type".

STORI: Female/20's. An Attractive Love-Lorn Tom-Boy That Is A Long-Time Friend Of Jessie's.. The "Chloe Sevigny Type".

LYDIA: Female/Teenager: 15 - 20's. A Beautiful Mysterious Hitchhiker That Seems To Be Hiding Something.

SHARON: Female/60's-80's. An Eccentric Old Woman With A Bitter Past. Lydia's Sister.

IRENA: Female/30's-40's. Lydia's Mother. A Broken Woman With The Best Of Her Years Left Behind Her.

M.C.: Male/Female. A Vintage Charismatic M.C. Of A Prom. 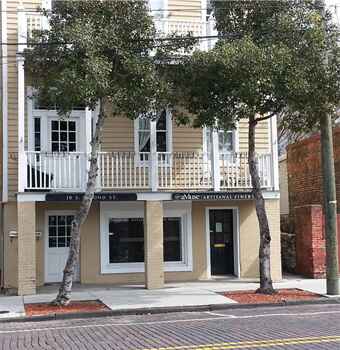 New Hanover County’s special use permit ordinance emerged as a topic of some debate among local leaders at an event Thursday as they addressed the region’s strides toward achieving economic development goals. “I will say one of the negatives with developing along U.S. 421 in New Hanover County at th…

'Under the Dome' resumes filming in region

'Under the Dome' resumes filming in region

WILMINGTON | When CBS' locally shot series "Under the Dome" began filming last spring, it did so alongside two television pilots and just a few weeks ahead of two feature films. This week, as the sci-fi series gets underway on its third season, it shares the local industry with just one other major…

Wilmington, NC, February 19th - The film and television industry in Wilmington is unified in supporting the efforts of our local legislative delegation to expand and improve the film grant program created by the General Assembly last year.

The Wilmington Regional Film Commission, EUE Screen Gems Studios, City of Wilmington, New Hanover County, and the Wilmington Chamber of Commerce are working in partnership with elected officials from this region to ensure that the film and television industry remains viable and continues to support thousands of jobs in the regional economy.

The film and television grant program was created by the North Carolina General Assembly last year to replace the highly successful tax credit policy that had helped propel the thirty year statewide industry's rapid growth in recent years. We are working closely with our Representatives and Senators to increase the funding in the grant program to a level that will continue to retain our current employment and recruit new projects and the jobs they will create.

On behalf of the film and television industry and the thousands of people employed, we want to thank our local legislative delegation--particularly Representatives Ted Davis, Susie Hamilton, Frank Iler and Senators Bill Rabon and Michael Lee--for their continued support.

WILMINGTON | A group of local film industry leaders will make an announcement regarding the film industry in Wilmington at 10:30 a.m. Thursday.

Five movies shot in North Carolina will hit theaters this year, but the head of the state film office said Tuesday that no new movies are in production or even planned anywhere in the state.

A Surprise Jewelry Gift in Every Candle, Bead & Soap | JewelScent

A Surprise Jewelry Gift in Every Candle, Bead & Soap | JewelScent

Everyone loves JewelScent! Buy fragrance and beauty products like candles, soaps and aroma beads with an assured surprise gift valued at $10 to $7500.

17 Things To Never Do in an Audition

Above all, find the FUN in it!

We take a look at the many audition mishaps that can befall an actor. Make sure you avoid the scenarios below to have the best audition ever!

ABC is firming up its midseason plans. The network has scheduled John Ridley's American Crime and murder-mystery Secrets and Lies while also firming up the season finale date for breakout How to Get Away With Murder. See more Faces of Fall 2014

Pay attention and you will learn so much...

Well THIS explains it!

CBS keeps 'Under the Dome' alive another season

CBS keeps 'Under the Dome' alive another season

CBS has renewed its locally filmed summer series "Under the Dome" for a third season.

Bill Vassar is the Executive Vice President of EUE/Screen Gems Studios in Wilmington, N.C. Wilmington, N.C. (Sept. 20, 2014) We are deeply disappointed that North Carolina Gov. Pat McCrory did not bring the House and Senate back to Raleigh and…Read more ›

"...and to help reduce our states tourism, exceptionalism and competitiveness and to cut down on all that litter of cash thrown around when film is being produced here. I reject your repeated attempts to continue to bring this kind of creative vibrancy and all these damned miscellaneous jobs to North Carolina...your welcome!"
http://youtu.be/kzKQgu422CI

PortCityDaily.com is your source for free news and information in the Wilmington area.

The legislative session ended last week, so the only way the state's film incentive program can be extended is if the governor calls a special session.

North Carolina has its first official casualty of the soon-to-expire film tax incentive.

When North Carolina killed its successful movie/TV incentive program on Wednesday, there was immediate concern that other states would follow suit. That co...

Did you wish that we were on Twitter? Well we are. Boy, we really need to start Tweeting! Yeah, we're going to need some help here! https://twitter.com/wilmywood

Attention! Looking for an opportunity to get some experience? This was sent if recently:

Beyond the Scope is a Cary, NC based production company and we are looking for an Assistant Director/Director of Photography and a Casting Director. We are a small team, that has big aspirations. We value innovation, creativity, teamwork and accountability. We have a results-oriented, fun and highly creative culture. These are unpaid internships to begin, but could lead to a paid part time positions with Beyond the Scope. You will be given credit on any project you contribute to, and the opportunity to learn many areas of digital filming. If you are interested, please contact Natasha at [email protected]

Hey all of you filmmakers! Check this out...
www.yallywood.org


Oscar-winning actor and comedian Robin Williams has died at age 63. According to police in Marin County, Calif., Williams was found "unconscious and ...

What a sad turn of events... The House had adopted an amendment by state Rep. Ted Davis Jr but now the Senate has reverted to the grant plan...

The first half of 2014 saw an estimated $268 million in direct in-state spending from the film industry, according to a Friday release from the N.C. Film Office.

Be sure to visit our website to see what's happening in Wilmywood. BE HEARD... If you know businesses or film professionals effected by changes to the incentives program, please go to this story and share your comments in the comments section.

Mere days ago, Bill Vassar – executive vice president at Wilmington’s EUE/Screen Gems Studios – issued a statement, continuing his advocacy for the state’s film incentives program. The fight’s not over yet. And, as legislative negotiations over the new state budget – including the incentives! – drag…

Sal Rubio sat on the sidelines last May and watched as his Shallotte restaurant, The Grille, was emptied from the kitchen to the dining area.

Take a Tour of EUE/Screen Gems Studios in Wilmington, NC What you’ll see: Guests will get an insider’s look at the largest studio complex East of California. You’ll experience the rich history of EUE/Screen Gems and the film and television…Read more ›

Be the first to know and let us send you an email when Wilmywood, North Carolina Film Industry posts news and promotions. Your email address will not be used for any other purpose, and you can unsubscribe at any time.