This page is a resource to address issues in the central business district. Including but not limited to property crimes, panhandling,& public consumption.

Perfect! With lost revenues from Covid, the wisemen of the city have decided to recoup their losses…

WILMINGTON — The last time the City of Wilmington revised its paid parking fees was three years ago. Since then, the city has seen thousands of citizens and tourists cycle through its downtown and…

Somebody knows who this is…

We have seen an uptick in car break-ins in City parks over the last month where purses are being taken. The unknown subjects are taking valuables that are being left in plain sight. Can you please help us identify the individual below who may be related to these car break-ins.

We ask that if you visit parks, shopping centers, or even the mall, please place all valuables out of sight. A few minutes could save you days/hours of inconvenience trying to cancel credit cards, calling banks, and even having to go to the DMV to replace a license.

Can somebody explain why parking times have been reduced on the northern side of Front St between Princess and Chestnut? City code hasn’t changed…

On street parking downtown is free today. DO NOT PAY THE METERS!!

Yo Saffo! Get your sh*t together now! There is zero excuse for the lack of action...

Just a heads up- on street parking is free today. DO NOT PAY THE METERS. Unfortunately Park Wilmington doesn’t feel it prudent to program them properly to display that meters are free today like they’ve done for years. Greed at its finest...

Hey Saffo, how about leading this city for once in the last year?! Calm the masses and do your job!

Bar owner appealing Wilmington’s determination that artwork is a sign

While cities like Whiteville and Carolina Beach are doing more to bring public art to their streets its a different story in Wilmington where a local business owner is fighting to keep artwork on the side of his bar after Wilmington’s Historic Preservation Committee deemed it a sign, and called fo...

Well we didn’t have a chance to chase them down the street but we got hit with a dine n dash couple around 3:00pm today. The Washington Football Team jersey should be easy to spot so be on the look out downtown peeps.

Not done yet, Pour House owner will continue fight to keep mural

Why hasn’t the city stepped up to help a business that has been shuttered for almost seven months?! Last time I checked, allowing restaurants to assemble tables and chairs up and down the sidewalk and out in the streets isn’t historical. Do they only care about restaurants and retail during these difficult times? Step up your game mayor Saffo and the rest of the funky bunch on city council or we will all vote you out the first chance we get.

Last month the City of Wilmington’s Historic Preservation Committee voted to deny a request that would have allowed a mural painted on the stairwell wall leading to a local bar, the Pour House, claiming the artwork was a violation of city code and is considered a sign.

Heads up folks. Stay far, far away from this place!

This intruder broke into the Community Arts Center aka Hannah Block USO building in downtown Wilmington, NC on Saturday, August 22nd, 2020 at around 10:30 pm. If you recognize him please call 910-341-7860. He stole several items from the pottery studio

Heads up dt, this sex offender has been marching with BLM downtown. Edit- I’m hearing he has been banned from their movement. Great job and good looking out.

BOLO for this male suspect wanted for stealing a church van and approximately $350 in boots from a sports and outdoors store.

Anyone with information is encouraged to contact the Wilmington Police Department at (910)-343-3609. Thank you.

Australian Man Goes Off On Parking Enforcement Officer For Giving Out Tickets During Coronavirus Outbreak! "You're A Pig"

Attn Wilmington City leaders!! This has been you and your contracted stooges since Wednesday morning.

Does anybody recognize this guy? Any dt bartenders serve him last night and know his name? Punched out the front window of Barbary when they wouldn’t serve him.

Heads up! Trying to cop blow in bars! And shoplifting dt!

This warrants our attention, as it affects the livelihood of a great many people in this town!

Did you know this is all happening on city owned property downtown? Day in and day out, this is what we see. What are we paying taxes for? Why are we all in the CBD paying extra? WDI director Ed Wolverton? Mayor Saffo? Lt Bouchet? Anybody?

Today, NC Governor Roy Cooper was at EUE/Screen Gems studios, signing an executive order to create a "Governor's Advisory Council on Film, Television and Digital Streaming" to be headed by Susi Hamilton, Secretary of the NC Dept of Natural and Cultural Resources. The new entity will advocate for the film and tv industry in NC. #ncfilm Governor Roy Cooper 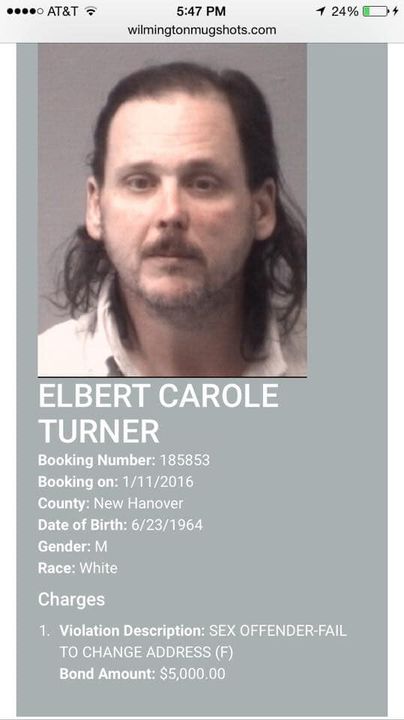 Heads up, if anybody sees this individual anywhere after 7pm please post it here. He has a curfew. He is out of jail and is an extremely dangerous sexual predator.

A New Hanover County jury returned a guilty verdict for a man accused of kidnapping and assaulting a woman in downtown Wilmington. The #DowntownWilmington #Ambassadors help people from all walks of life http://bit.ly/MSDblog96. Handing out #StreetSheets can help people in need to transition to a better life. #HaveAHeart #GiveSmart #WilmingtonNC

This is in our river adjacent to Marina Grill. Does this belong in our waterway? Looks to be construction debris...

Heads up! Has been seen downtown earlier this week

***UPDATE: SUSPECT IS IN LAW ENFORCEMENT CUSTODY IN CHARLESTON, SC***

ANYONE WITH INFORMATION AS TO THE WHEREABOUTS OF FRANCIS CHRISTOPHER ZOBER SHOULD CONTACT DET. HORNE AT 910-713-6107 OR CALL 911.

Predator is on the loose downtown

The New Hanover County Sheriff's Office is asking for the public's help in identifying two suspects accused of stealing items from Walmart.

Get out and vote. Municipal elections are tues 11/7, you can vote early at the municipal building next to Ten Pin Alley all this week. This guy doesn't deserve anymore votes

Be the first to know and let us send you an email when Downtown Wilmington Community Watch posts news and promotions. Your email address will not be used for any other purpose, and you can unsubscribe at any time. 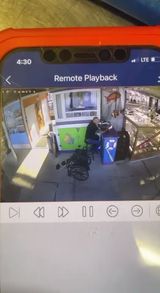 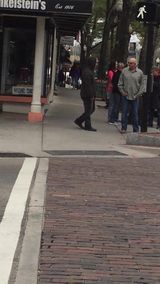 Sent by a dt business owner. Petty thief and career criminal Jerome Hardy panhandling on Front St. Somebody get with his parole officer... 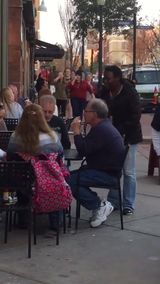 I would be furious if my patrons were being hit up for money while at my establishment. Not a good look Wilmington... 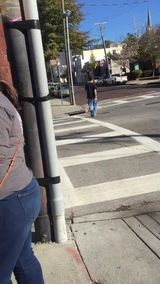 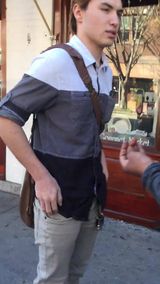 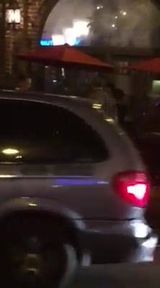 Circa is the hot spot tonight 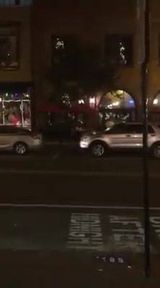 Michael Joachim panhandling in front of Circa on N Front St. I think that's three different groups he hit in one sitting. That's gotta be a record. 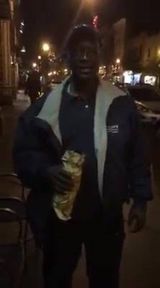 Open container and asking for $ on N Front St

WATCH OUT OGDEN AND SURROUNDING AREA Just had two Individuals one male and one female try and scan me by selling fake jewelry and gold New Hanover Deputies got out with them but unknown what happened but they have been doing this for a while now so be careful
If anyone has any information, our sign was stolen 2 days ago by two individuals in a silver coupe at 9:30pm. Please DM The Black Cat Shoppe page
I need to know the name of this man. He is aggressively harassing the workers of The Black Cat Shoppe, and the police can do nothing without a name. His street name is DC. That’s all I know, besides the fact he is a regular busker downtown.
Please don't contribute to this he**in addicts death by giving him money. His nickname is Bando and he panhandles at intersection of Eastwood & Market St from about 2pm until ? He is also violent if confronted.
Bicycle stolen. My bicycle was stolen last night around 6:30p from 311 N 2nd street. Police report has been filed. Please message me if you see a mint Green huffy cruiser with a bell on the left handlebar. Thank you!
Anyone live in the N5th neighborhood? Heard a gunshot today, tonight had someone knocking at the door saying they live in a house near the Thelma L Bull Bridge on 5th in a house without water or power and wa begging for money. Check your porches and keep things cleared!
Person last seen riding it is named Vince Galbreith outside of the Husk. He claims he skated and left it sitting by a tree in the outdoor seating area. From what I've heard, could be stolen by him but no one knows if the Husk has cameras outside. He was skating down the sidewalk, I went inside for a drink, came out and him and my board were both gone. If anyone sees anything please reach out! It was a gift for my birthday and has a lot of sentimental value to me. TIA
Found dog downtown on 11th street.
Joshua Strand Post the dog here
This do*****ag just dine and dashed on me at AB. Red beard. After watching the video he straight up runs with his backpack when I bring him the bill. Had a book bag full of disc golf gear.
Hey guys, can y’all take a second to read and share my story? Thank you ♥️
https://www.wect.com/2020/09/08/missing-pender-county-year-old-last-seen-sunday-night/