As our official season comes to a close, we'd like to thank everyone who contributed to Visions 10-donors, attendees, panelists, filmmakers, scholars, and our beloved staff! We can't wait to see you at Visions 11!

Still reminiscing about Visions 10? So are we! Enjoy some screenshots from Day 5 of our event which included our last round of film blocks, conference blocks, and an incredible after-party!

Drew Meinecke, The University of Michigan

Sebastian Marcano-Perez, University of Central Florida
“In the Eye of the Beholder”

TOMORROW NIGHT-music, games, a comedy routine, the announcement of our awards to some of our filmmakers and scholars, and so much more! You won't want to miss it!

Day 2 of Visions 10 Film Festival & Conference is complete! Thank you to our astounding keynote speaker, Tiya Bolton! Your words of encouragement and fire of passion lit the audience into a blaze of inspiration. Also, thank you to our Visionary Panelists and our guests for being in attendance! We hope you enjoyed today’s festivities.

You can still register for your all access badge by clicking http://www.visionsffc.org

SWIPE ➡️ to see photos from Conference Block 1a, the Careers In Animation Panel, the Keynote Speaker address, and the Video Race Hosts!

When a sheltered girl discovers that there is more to the world around her, she has to decide between living in a fantasy or facing a cold, bitter reality.

Click http://www.visionsffc.org/attend to purchase your all-access badge and to review the entire schedule of events!
#Visions10FFC #OfficialSelection

Note: You MUST have a badge to Visions 10 to participate.

Opening Day/Day 1 of Visions 10 Film Festival & Conference is complete and it was so much fun! Thank you to our Visionary Panelists and our guests for being in attendance! We hope you enjoyed todays festivities! Day 2 will be even better!

You can still register for your all access badge by clicking http://www.visionsffc.org/attend !

SWIPE ➡️ to see photos from the opening orientation, the kickoff, seeing #whatsinthebox , the The Film Matters Panel, and the After Party hosts!

TODAY'S THE DAY! What better way to start the first day of Visions 10 than to announce that Visions made the "Top 10 Virtual Film Festivals of March" on Filmocracy! Read the full article here: https://blog.filmocracy.com/top-10-virtual-film-festivals-of-march/

This essay explores the impacts Italian Giallo films had on the first American slasher films. While the genre’s popularity has waxed and waned over time, it has continued to evolve and has consistently been present in one form or another. Joe Cockrell of the University of North Caroina Wilimington explores how the slasher film has adopted several of its key tropes from giallo, including the “killer” character, highly elaborate death scenes, and a connection between sex and violence.

Be present for this amazing lineup of panelists live on Sunday March 28 at 4:30pm! Click http://www.visionsffc.org/attend to purchase your all-access badge and to review the entire schedule of events

In this essay, Carl Alexander Swan of the Universty of North Carolina Wilmington, focuses on the historical, social, and political underpinnings of queer Turkish cinema and how the concepts of visibility, tolerance and resistance have evolved over time using the 2011 “Zenne Dancer” as a case study.

This study builds upon historical musicology and recent film music studies to argue that the disparity between John Williams’s popular reception and the reception from music critics and scholars may be due to the biases of the nineteenth-century Romanticism. Jessica Stookey of the University of North Carolina Greensboro explores how these biases outline the nature of the composer, the scores, and the relationship between classical music and pop culture.

Unexpected events are the name of the game when it comes to making a film...but what do you do when it's a global pandemic? If this past year has taught us anything, it’s how to be resilient. Hear from 1st Team PA Kevin Smith for The Walking Dead: The World Beyond, International Cinematographers Guild Digital Loader and 2nd Assistant Camera Rachel Mangum, Assistant Costume Designer on Ozark and Key Costumer for WandaVision Marcella Caudill, and Storyfischer Social Media Producer Dylan Briese as they discuss how they’ve been able to adapt and persevere during Covid.

Be present for this amazing lineup of panelists live on Sunday March 28 at 3:00pm! Click http://www.visionsffc.org/attend to purchase your all-access badge and to review the entire schedule of events

Over three hundred attendees have registered to attend the Visions 10 Film Festival & Conference! We're so excited to "see" you all there at our exclusively online event taking place March 24-28!

You can still purchase your full-access badge today at visionsffc.org/attend!

Come listen in on this panel as we discuss how to turn your love of experimental filmmaking into a career. Panelists include Light Projectionist Artist Dustin Klein, NuVuX Program Designer Joselyn MacDonald, and Creative Producer & AR Director Oliver Mellan as they challenge traditional career paths in filmmaking.

Be present for this amazing lineup of panelists live on Saturday March 27 at 6:00pm! Click http://www.visionsffc.org/attend to purchase your all-access badge and to review the entire schedule of events

Be the first to know and let us send you an email when Visions Film Festival & Conference posts news and promotions. Your email address will not be used for any other purpose, and you can unsubscribe at any time. 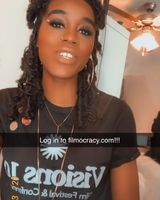 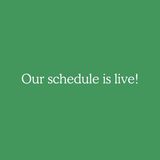 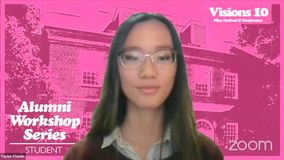 Diversity, Equity, and Inclusion in Film Studies and Production: The Importance of DEI in Film Education 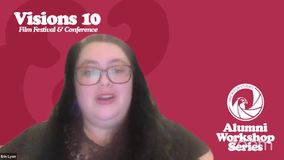 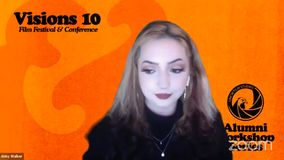 You Graduated, Now What?

You Graduated, Now What? 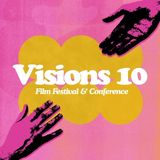 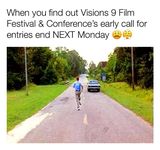 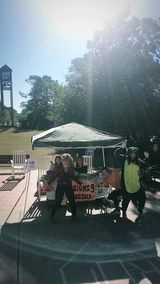 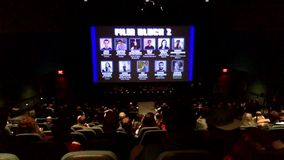 Congratulations to Rutgers Filmmaking Center student Charles de Agustin, who was accepted into several festivals for his films “Free Samples,” “Buscando,” and media installation “Distance.” These works will be screened at Visions Film Festival & Conference, Big Muddy Film Festival, and the Windows of Understanding group exhibition, all early next year. 🔥 Honors College - Rutgers University, New Brunswick Rutgers University—New Brunswick #wou
I find it really refreshing that this festival appeals to not only people that have worked in the industry already but also people that are up and coming who are trying to test the waters of their filmmaking abilities. I recently saw an indie film made by a new director, Yedidya Gorsetman. The film is Empathy Inc. it’s a psychological thriller about a business that sells virtual reality experiences and shows what can go wrong when the businesses truth is revealed. When one of the clients finds out this truth he decides to take things into his own hands; this film does an excellent job at showing how far people will go to protect the ones they love and to fix their mistakes. Each character crosses their own lines of right and wrong in this new breed of horror. If you’re interested in checking out Empathy Inc. you can watch the trailer on YouTube and it’s available to stream on VOD.
A class project turned into something more for Alex Mancuso ’19, Hannah Garfield ’19 and Jared Mayerson ’20, who screened their film “Knock Knock” at last week’s Visions Film Festival & Conference.
https://www.facebook.com/100000508293932/posts/2431336463559940/
Aspiring and Independent Filmmakers, and teachers of Film & Video are encouraged to attend! Your support is necessary to elect leaders who will help restore our N.C. FILM & TV INDUSTRY so you can graduate and work on films in NC, and not be forced to relocate ! Help BRING FILM HOME to NC!
Aspiring and Independent Filmmakers and Film & Video teachers, please join us! Your support is important as we need elected leaders to help restore our N.C. FILM & TV INDUSTRY, so students graduating can find Film work in NC and not have to relocate! BRING FILM HOME to NC!