As well as using Art to make an impact in the community.

As well as using Art to make an impact in the community.

"Mother To Son" By Langston Hughes

It's "Poetry Month"! Enjoy our animated version of..."Mother To Son" By Langston Hughes

Bless up!!! In effort to raise funds to keep producing TREAL TOONZ "Peanut Headz: Black History Toonz" we decided to create a Gofundme for our supporters :)
www.gofundme.com/f/help-make-peanut-headz-black-history-toonz

Bless Up, My name is Jason Fleurant. Most know me as JaFLEU the creator o… Treal Toonz needs your support for Help Make "Peanut Headz: Black History Toonz"

Oh No!!!! It seems Marteen has gotten himself trapped!!! And he needs you help to espcape to the star! Can you free, Marteen?

And be sure to stream "Peanut Headz: Black History Toonz" and more TREAL TOONZ only on kweli TV
watchtrealtoonz.com

Mount Up, Trealdrean!!!!! It's not only Wednesday... but New Episode day!!!! Grab your popcorn and tune into a Brand New entry of the NAACP Image Awards Nominated, Awards Winning Animated Series TREAL TOONZ "Peanut Headz: Black History Toonz"! It's game time for the "Black 14"!!!

STREAMING ONLY ON kweli TV
watchtrealtoonz.com

Work in progress.... creator recording his lines as Marteen for ": Black History Toonz"

Bless Up, Trealdren! Black History is 24/7! It's ! Check out the story of who was not only the MOST photograph woman in THE WORLD but at the same time A Spy against the Nazi!!!!

& Get ready for our brand new episode Next Week on Wyoming's .

: Toonz only streaming on

All Praises to The Most High, Ancestors & Spirits!!! The moment TREAL TOONZ | Fleurant's Studios "Peanut Headz: Black History Toonz" got sealed in the Black Excellence section of "Black History" 💖 🙏🏿 NAACP Image Awards & kweli TV . We in the OCEAN!
"We gonna do EVERYTHING from the HeART and do it GoOD!" - Nina Simone
MY Pencil Different.

We're proud to announce TREAL TOONZ animated series "Peanut Headz: Black History Toonz" is nominated for "Outstanding Animated Series" for the 53rd NAACP Image Awards ! And with your support we can take home the WIN!
Please visit vote.naacpimageawards.net and cast a vote for us!
New episodes are on the way! Be sure to stream TREAL TOONZ on kweli TV

OMG!!! ALL PRAISES TO THE MOST HIGH, ANCESTORS AND SPIRITS! TO THE VOICECAST, PRODUCERS, kweli TV and ALL THE SUPPORTERS AND FANS!!!
I CANNOT BELIEVE IT... TREAL TOONZ . "PEANUT HEADZ: BLACK HISTORY TOONZ" IS NOMINATED FOR NAACP Image Awards "OUTSTANDING ANIMATED SERIES!!!!!!"

Reppin' Matterz. Are short facts from Black Legends, their careers and impacts on society. The subject of today's episode is on: Dr. Mae C. Jemison (SEPT 12, 1992)

Let's go Trealdren!!! It's the final day, and we NEED your VOTES! Pull up And vote TREAL TOONZ : Peanut Headz: Black History Toonz" as "Best Web Series" at the International "Lima Web Fest". ❤🖤💚

Watch the full short free on youtube at 3pm.
https://www.youtube.com/watch?v=lcyM7T6IYyc

Stream more on kweli.tv: watchtrealtoonz.com History is always happening! And the Treal Toonz's "Peanut Headz" have got you covered when it comes to sharing...

An 7.2 magnitude earthquake has shaken Haiti. Not to long after the assassination of the sitting President. We haven't the words... We send our love at this time... We just... ❤🇭🇹

was the MOST FAMOUS Black rodeo performer and creator of the sport "Bulldogging". His life's journey took him from a family ranching business to his image being on a US Stamp! Checkout Part 3 of : on kweli TV
Watchtrealtoonz.com

Ok.... JaFLEU & a few of the Peanut Headz have arrived to Poznan, Poland for the screening of our animated TREAL TOONZ short film showing at one of Europe's most historical theaters, Kino Muza w Poznaniu w Poznaniu

We're just sending our love to our Brothers & Sisters in Haiti during these trying times. Be Safe & Stay Treal! Pray For Haiti ❤❤

continues! You can buy tickets to the screening of TREAL TOONZ about at w Poznaniu in for The Int Animator Film Festival July 9th & 10th. There's two showings in the theater and two online.

TREAL TOONZ: YOUR BLACK IS BEAUTIFUL

TREAL TOONZ: YOUR BLACK IS BEAUTIFUL

Be the first to know and let us send you an email when Fleurant's Studios posts news and promotions. Your email address will not be used for any other purpose, and you can unsubscribe at any time.

Send a message to Fleurant's Studios: 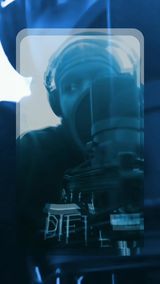 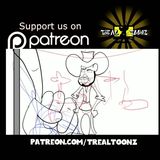 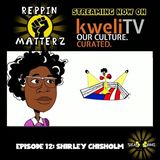 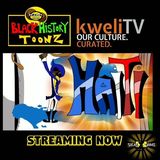 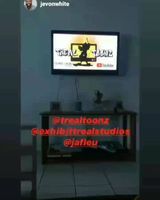 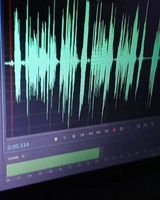 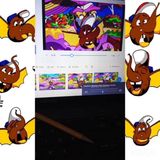 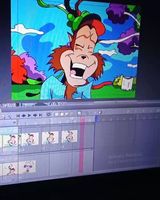 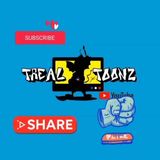 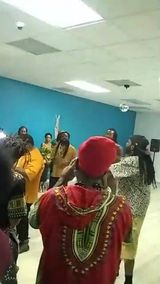 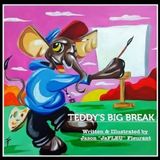 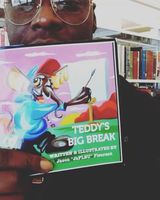 Yoooooo!!!! Check Out what just came in the mail!!!! On the behalf of TREAL TOONZ | Fleurant's Studios Thank you NAACP Image Awards !!!!! I gave my mom all the cool stuff like the bracelet etc lol She was happy af 😆 I just want the box and certificate 💖💖💖💖💖
IF YOU BUILD IT!!!!! My Pencil DIFFERENT!!!!
All Praises to The Most High, Ancestors & Spirits!!! The moment TREAL TOONZ | Fleurant's Studios "Peanut Headz: Black History Toonz" got sealed in the Black Excellence section of "Black History" 💖 🙏🏿 NAACP Image Awards & kweli TV . We in the OCEAN!
"We gonna do EVERYTHING from the HeART and do it GoOD!" - Nina Simone
MY Pencil Different.
watchtrealtoonz.com
Super excited to announce... NYCEFlix and Fleurant's Studios have created a new "Animation Film Festival".... International Fleurant Flix Film Festival and submissions open up tomorrow, Nov 1st. We look forward to seeing some incredible work and providing opportunities for filmmakers to showcase!
Thefleurantflixfilmfestival.com
Ok... so while we didn't win in the online voting for "Best Web Series" let me tell you how fooking amped I am that not only they put us in that category. BUT with all the over 100s for web series screened at Lima Web Fest.... WE WAS NOMINATED FOR
BEST ART DIRECTION"!!!!!! In A FESTIVAL IN A WHOLE DIFFERENT COUNTRY! An animated series about Black History! YOOOO!!!!!! When I saw that come on screen my heart dropped!!! Just the nomination in that category after seeing the films that were/weren't in that category of does something for me!!!! The LATE NIGHTS/EARLY MORINGS was felt by the panel of judges in Lima, Peru!!!!
TREAL TOONZ | Fleurant's Studios !

"And if you can't respect that, your whole perspective is whack!" - Hov

Cashapp: $trealtoonz | venmo:
You mean to tell me this n***a who you used to setup on the streets selling art out of a suit case in Miami and Clematis somehow ended up with cartoons on a global black owned streaming network, won multiple awards, got cartoons touching PBS airwaves and screening in foreign theaters? INCONCEIVABLE! All Praises to The Most High, Ancestors and Spirits.
TREAL TOONZ. | Fleurant's Studios
Watchtrealtoonz.com
Exhibit Treal Studios bringing to life for an upcoming episode of TREAL TOONZ

Pull up tho ... Give us ur
By joining our
Patreon.com/trealtoonz

Other Arts & Entertainment in West Palm Beach (show all)