We service on hands, feet, and eyes. It’s a place where relaxation and beauty meet. 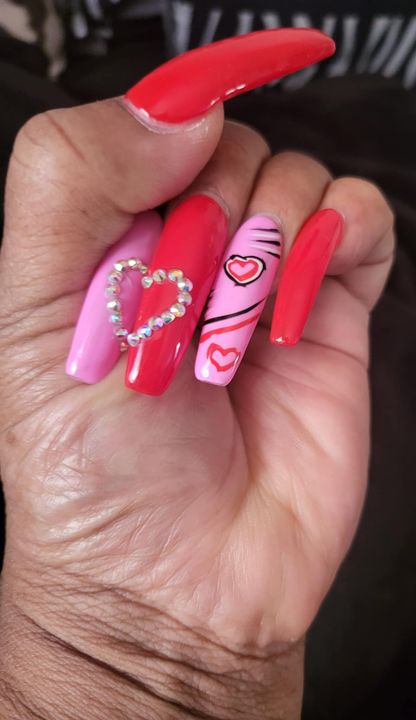 come in to get your nails beautified for valentine with many different designs of your preferences.

It’s getting cold, so treat yourself to a winter pedicure. Received $5 off if you come on Mon.- Wed.
Expired: Dec. 20th

Be the first to know and let us send you an email when L.A Nails Unlimited posts news and promotions. Your email address will not be used for any other purpose, and you can unsubscribe at any time.

Other Art in Sumter

People I have to take a moment to tell y'all about my first experience at this place. Absolutely terrible. First tech was rough. I told her numerous times that she was hurting me. I pulled my hand back because she was burning my finger, she aggressively pulled my hand back. So then another tech offered to finish & correct her mistakes. He finished and I was still unsatisfied. So I spoke with the owner tellin her everything, she refuses to give me my money back and said she could try to fix the errors. I explained that I could've called the police on one of her employees for aggressively grabbin me. She said call them, I said she could call. (I should've called) She got on the phone and lied. She says yes can I please have an officer here, I have an unsatisfied customer who is refusing to leave (I was never told to leave) After that I stopped listening to what she was saying because she was lying on me. Before I walked out I told her she was a lying ass bitch........Simple individuals like this is the cause of a lot of police shootings. Lying and acting like someone is posing a threat when they're not at all
Thank u Lynn
Just got my toes down feeling spunky
Wat I ask for on the left wat I got on the right been going to la nails for a real long time and lynn always gets my nails right I love la nails
Lynn and Winn did their thing
Worth every penny, nickel, dime, quarter and dollar 🤣🤣🤣🤣🤣🤣
Eye brow tinting and ombré nails . Thank you Tami
Nails by Lucy ❤️❤️Loving my birthday gift from my bae 5ct diamond ring ❤️❤️❤️8/8
LA Nails & LA Nails Unlimited are the best...Lee with his crew on Hwy 15 and Tammy with her crew on Broad Street...They are the best ♥️❤️