Penn State boasts the largest dues-paying alumni association in the world at over 160,000 strong. This strong alumni network along with the Penn State pride all students and fans feel make for a truly unique and exciting Homecoming experience.

💙Day of Service 2022💙
Thank you to all of our volunteers for coming out this past Sunday to join us as we worked through various service projects.

Homecoming is honored to be apart of not just the Penn State community, but State College as whole!

Parade registration is now OPEN until September 16th for Homecoming 2022! Don’t forget to register to be apart of the largest student-run parade in the nation!

We Are…So proud to introduce Hannah Markovich and Cade Miller as our 2022 Homecoming Emcees🎤 You can catch this pair hosting events such as the For The Glory Talent Show and the 2022 Homecoming Parade.

It’s time for YOU to be a part of Homecoming 2022! Overall Competition registration is now open💙

Just one month away from our Legacy celebration…and YOU ARE INVITED! Stay tuned for more info👀

Just one month away from our Legacy celebration…and YOU ARE INVITED! Stay tuned for more info👀

Find your HOME with Homecoming! Apply NOW to be a committee member at homecoming.psu.edu/

Ever dream about being the voice of Penn State Homecoming? Live out your dream and apply to be an emcee for Homecoming 2022! Find more info at homecoming.psu.edu 🎤

You’re invited! The Homecoming Executive Committee is pleased to welcome you home to State College for the celebration of Homecoming week from Sunday, October 16th to Saturday, October 22nd. For The Glory!

The 2022 Homecoming Executive Committee loved being a part of THON! Thank you for having us!
Stay tuned for information on Homecoming 2022💙

Our COMMUNITY welcomes all with open and warm arms and fosters a HOME to everyone. The Homecoming Executive Committee is proud to announce this years theme…

💙One Community, Forever A Home💙

For the Glory…and the smiles!

This is your sign to apply to be a part of Penn State Homecoming 2022!

This is your sign to apply to be apart of Penn State Homecoming 2022!

Thinking about applying to be a Homecoming Captain? It’s your time to shine!

WHAT👏🏼 A👏🏼 YEAR👏🏼
We danced🕺
We laughed 🤣
We enjoyed a few snow cones 🍧
Most importantly, we celebrated Penn State together💙

Where will 2022 take us? We don’t know, but we sure hope you are with us every step of the way. Happy New Year!

Leave a legacy that lasts FOREVER! Apply to be a Homecoming Captain now at homecoming.psu.edu.

We are so grateful for our Penn State Family — we can’t wait to keep celebrating our pride and traditions with you. Happy Thanksgiving from Penn State Homecoming!

Penn State Homecoming is excited to announce the 2022 Logistics Officer, Emily Sawtell, and Outreach Officer, Hannah Gizenski! Congratulations Emily and Hannah, we can’t wait to see all you accomplish this year! For the Glory!

Congratulations Tim! We can’t wait to see how your dedication guides your vision & how your ambition will lead Homecoming 2022. Good luck and For the Glory!

Another year of being the largest student-run parade in the nation! 🚌 🚙 🚒

Had a blast at the Best of Penn State Carnival 🎪🍿🍦 see you tomorrow for even more fun!
#togetherstateprevails #fortheglory #psuhomecoming

Golf, concerts, and lots of Penn State pride, what's not to love! We love celebrating with you, Penn State! 🐾💙

Interested in participating in Homecoming 2021's Tailgate Competition? Submissions are due tomorrow, Oct. 8 at 5 p.m.

And last, but certainly not least... here's the Homecoming 2020 recap!

Relive some of the best moments from 2020 as we get ready for Homecoming 2021!

All the best moments of Homecoming 2018!

Relive the best moments of Homecoming 2017! Penn State Homecoming is a yearlong celebration culminating in a week of events, a Parade and Football Game. With...

Be the first to know and let us send you an email when Penn State Homecoming posts news and promotions. Your email address will not be used for any other purpose, and you can unsubscribe at any time. 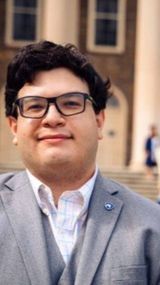 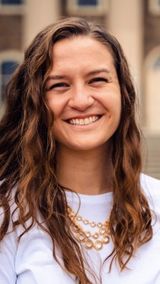 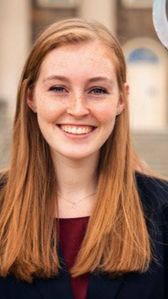 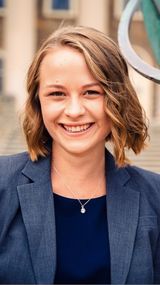 Apply to be a Homecoming Captain 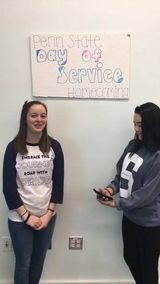 My niece and nephew in law also graduated from PSU.
These are pictures of some of my fellow Thompson Hall dorm mates from August to the end of November 1980. The top two pictures were engineering students and the pictures were taken in Thompson Hall. The women lived across the hall from me. The bottom two photos are of my room mate, Carol Walderman and some of our friends who were on the PSU Women's basketball team in front of Old Main. I graduated early after this semester in West Hall. Fond memories. I like that you now have reunions for everyone because since I graduated early, I didn't know many people from the class of 1980. I would like to meet any of these people at a PSU reunion.
I. Am new to. PSU.edu. I look forward to learning the modern way to technology based education to become dominating as a learner
Has a date been set for homecoming for 2021.
Date?
My daughter Maria Frisby in the Penn State Homecoming Parade. She graduated from Penn State and is a former Ms. Pennsylvania 2004.
My daughter Maria Frisby, a former Ms. Pennsylvania 2004, in the Penn State Homecoming Parade. She graduated from Penn State.
Let's go PSU
Will the parade be live streamed anywhere online? I know it was in previous years. Thanks and Let's Go State!
Will the Parade be live streamed?
Will the Homecoming parade be live streamed? And when?
When is homecoming this year?