is an independent music record label founded in September of 2011 and is managed by Joshua Haberman and Markdavin Obenza.

A pleasure to produce this for Trio Guadalevin and Tacoma Art Museum. 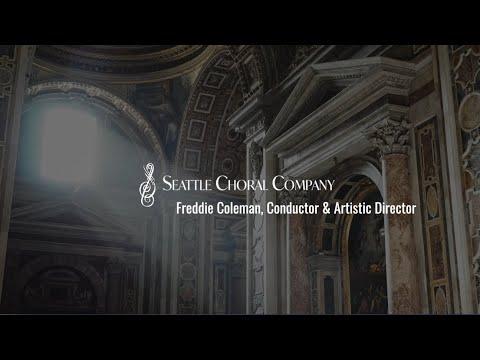 A pleasure to have produced this video for Seattle Choral Company!

COVID hasn't stopped music making! Let us know if we can help produce something for you.

The album is available for purchase here:
https://www.scribemusic.com/darkisyondertown

We are happy to add this new release to our catalog, featuring tenor virtuoso Zach Finkelstein's 2nd disc on Scribe Music's catalog, this time featuring music by Dowland and Britten, and insanely sick guitarist Dieter Hennings-Yeomans.

A new way to support local music by creating a digital arts economy.

Social media platforms have become integral to our lives. They are not only ways of keeping in touch with friends, but also a place to document and share our lives with the world. With most everyone now on social media, it has been an incredible way to reach people far beyond our local communities. As artists, we often leverage these platforms by posting our content in order to attract new people to our work.

However, there is a cost. With everyone competing for attention in this digital space, we soon realize that every successive post needs to be more interesting than the previous. Before you know it, even the smallest organizations need a full-blown marketing team, posting ever more produced (and expensive) content for free just to stay relevant in this digital world. We have entered a digital content arms race at the expense of the artist.

We believe art is worth real money. We want to live in a world where artists are compensated directly for their digital content as well as their live performances—especially during this pandemic, while we cannot gather to experience art in person, together.

Scribe Music would like to help make this world a reality by creating a subscription-based service, where consumers pay a monthly fee for access to Scribe content and Scribe uses part of the subscription revenue to pay artists directly for exclusive rights (lasting 1-2 years) to their new digital content. Exclusivity is an important ingredient—if we want to remind people that art is worth real money, artists will need to make some content only available for paying customers. We feel like we are in a good position to try this model at this time. We have an existing catalog of wonderful music and the quality equipment to record and live broadcast, once we are ready, performances in the greater Seattle area. We believe launching this service now will bridge a critical gap for performing groups over the next few years as social distancing restrictions are loosened enough for them to convene, but not enough to perform for full audiences.

We also think the model has post-pandemic staying power. The pandemic has accelerated our dependence on the digital world. Even when we have fully recovered and the stages are open, people will still want on-demand access to high quality digital content from the artists they love.. We believe this model sets up a sustainable economy where artists are compensated for their digital output.

We won't be able to pull this off without forming partnerships with local arts organizations. It will take a collective effort to change the public mindset that art is free and widely available and to get consumers accustomed to paying for artists' digital content, but I think it can be done. In fact, it's been done before in other disciplines. Companies like Netflix and The New York Times operate successfully under this model, and platforms like Patreon provide business tools for creators to run a similar subscription content service. Like a creator on Patreon, Scribe would like to offer subscription content with a focus on musicians in the Pacific Northwest. We have world-class artists and arts organizations right here in the Pacific Northwest and it is time to realign the incentives so we can all keep producing meaningful works of art.

The hard part is the execution. In the coming months, we will be brainstorming how to execute such a model and are welcoming comments and input. We would love to hear your thoughts!

ALL CDS ARE 50% OFF! Music performed by The Tudor Choir, Byrd Ensemble, and Zach Finkelstein & Byron Schenkman. #CyberMonday
www.amazon.com/shops/scriberecords

This lovely Christmas CD by the The Tudor Choir along with everything in our catalog is 50% off through Monday, November 27! Check it out here: www.amazon.com/shops/scriberecords Britten and Pears: the Canticles

Everything in our catalog is 50% off! Including this wonderful Christmas CD by the The Tudor Choir!

AMAZON BLACK FRIDAY SPECIAL: All CDs 50% off! Including this lovely Christmas CD by the Tudor Choir. www.amazon.com/shops/scriberecords

Our latest disc sung by the Byrd Ensemble, Music for the Tudors, is now available on iTunes and Amazon! #byrdensemble

Christmas Day: Traditional Carols for Christmas and the New Year

Excited to release The Tudor Choir's new CD, Christmas Day: Traditional Carols for Christmas and the New Year. Read about the music and check out some audio samples!

Sung by the Tudor Choir, directed by Doug Fullington

Looking forward to adding this great disc of Christmas carols to our catalog! Performed by The Tudor Choir and players, directed by Doug Fullington. An early 20th century flavor - Vaughan Williams, Finzi and Holst. It's like watching Irving Berlin's White Christmas with your ears.

We're very excited to reveal the cover of our new CD, CHRISTMAS DAY, which will be released later this fall by Scribe Music! We'll be taking pre-orders soon, so stay tuned!

We are in the heat of a double-disc recording of Renaissance polyphony with the Byrd Ensemble. We don't know a lot about English composer John Sheppard, but he sure knows how to set some profound text beautifully. Here's the opening to his Media vita.

In the midst of life we be in death:
Of whom may we seek for succour, but of Thee,

The inspiration for our name ("Scribe Music") is the long tradition of scribes who helped pass down the Early Music we can still enjoy, hundreds of years later!

When we speak to visitors or students about our medieval manuscripts, we frequently find ourselves spending a significant amount of time talking about how such books were created. We discuss the ways that scribes worked and artists painted, and quite often we will then be asked just how it is...

Happy to share Gramophone Magazine's review of our recent Arvo Pärt CD featuring the Byrd Ensemble in the May 2014 issue! Many thanks to Ivan Moody for the review.

"...this recording creates the illusion of hearing the music for the first time. The small size and the clear, fresh voices of the Byrd Ensemble,...mean that the dissonances and their consequent resolutions...are brought into focus in a truly remarkable way."

"The "Berlin Mass" also receives a wonderfully crystalline performance, with organ registrations very sensitively chosen by Sheila Bristow, but for me it is the "Magnificat" and the "[Seven Magnificat] Antiphons" that show best the Byrd Ensemble's ability to enter into the spirit of the music, simultaneously 'stripped' and loaded with meaning. Highly recommended."

While one might legitimately question the need for another anthology of choral music by Arvo Pärt, this recording creates the illusion of hearing the music for the first time. The small size and the clear, fresh voices of the Byrd Ensemble, an American group with a strong background in Renaissance m…

Tonight we have our first recording session for a Christmas CD by The Tudor Choir. Features music by R. Vaughan Williams, Finzi, and Holst. Such wonderful music, it's like watching "White Christmas" with your ears. We are looking forward to producing The Tudor Choir's next CD (ENGLISH CHRISTMAS) and adding it to our catalog!

We are thrilled to announce that we will record the music from our ENGLISH CHRISTMAS concert for CD release!

After the overwhelming response to our December 28 performance, we have decided to save our psalms recording project for a future date and record ENGLISH CHRISTMAS in March for release later in 2014.

The new CD will bring together three English Christmas masterworks on the same disc for what we believe is the first time: Vaughan Williams' magisterial "Fantasia on Christmas Carols," Holst's endearing "Christmas Day," and Finzi's transcendant "In terra pax," along with a wonderful selection of carols.

In order to produce our ENGLISH CHRISTMAS CD, which will feature 19 Tudor Choir singers and 14 Tudor Players, our annual appeal goal must be raised to $35,000. We have currently raised over $21,000 and hope that you will join our donors to help us raise the remainder. You can make your tax-deductible donation at http://tudorchoir.org/donate.html or add a contribution to any online ticket order.

Thank you for your incredible support! We look forward to recording this wonderful Christmas music for your enjoyment and edification. Have one of our discs? Write a review on Amazon and we'll send you a free CD. Limited time only.

Black Friday sales went so well why not try it again for Cyber Monday? Everything in our catalog is 50% today!

If you like our CDs, we hope you will write an Amazon review!

BLACK FRIDAY SALE 50% OFF!! Today only, buy any CD on our catalog at 50% off! Available on Amazon only: http://www.amazon.com/shops/A196RXK9ANPJBA

If you already have our CDs, I hope you will write a review on Amazon. Your reviews have the power to attract potential buyers to our music!

BLACK FRIDAY SALE 50% OFF!! Today only, buy any CD on our catalog at 50% off! Available on Amazon only: http://www.amazon.com/shops/A196RXK9ANPJBA

If you already have our CDs, I hope you will write a review on Amazon. Your reviews have the power to attract potential buyers to our music!

Nice review of a CD we produced for The Tudor Choir!

Our most recent CD, O splendor gloriae, has just received a glowing review in the Winter 2014 edition of Early Music America Magazine: "Not only is this a great addition to anyone's collection of Tudor polyphony, but it is especially welcome for its attention to some less frequently recorded pieces." Buy your copy here: http://tudorchoir.org/recordings.html.

Gary James - I Sing Of A Maiden That Is Matchless

It was a tremendous pleasure producing Ancora's (directed by Tess Orozco) upcoming Christmas CD, Waiting for Angels. To be released December 2013.

Here's a track by Gary James, I Sing Of A Maiden That Is Matchless.

On Ancora's upcoming CD, Waiting for Angels, to be released December 2013.

Be the first to know and let us send you an email when Scribe Music posts news and promotions. Your email address will not be used for any other purpose, and you can unsubscribe at any time.

Send a message to Scribe Music:

An interview with Peter Hallock: Draw on sweet night

A take of Taverner's Leroy Kyrie. The CD of English Renaissance music is to be released late 2012. Recorded on January 21, 2012 at Blessed Sacrament, Seattle, WA. Videographer: Willi Benza

Other Arts & Entertainment in Seattle