The official page of PNC Arena in Raleigh, North Carolina. Home of the Carolina Hurricanes Tickets available online at PNCArena.com.

Please contact us at 919.861.2323 for specific date / hours of operations. Should a holiday fall on/near a regular business day, please call for confirmation on operational status. The Queen of Country Pop Shania Twain is bringing the 'Queen Of Me Tour' live to Raleigh on October 18 with a special guest! 👑

Tickets for Lizzo in Raleigh on May 10 are on sale NOW: bit.ly/Lizzo_RAL23

JUST ANNOUNCED: Lizzo brings The Special Tour to Raleigh on May 10, with special guest Latto!! 🤩✨

Tickets on sale this Friday at 10AM: bit.ly/Lizzo_RAL23

JUST ANNOUNCED: Hootie & the Blowfish with special guest SUSTO will play at PNC Arena on Friday, Feb. 17, the night before the 2023 Navy Federal Stadium Series Game!

Tickets to this one-night-only show are on sale this Friday at 10AM!

JUST ANNOUNCED: Comedy icon and ventriloquist Jeff Dunham, along with his cast of characters, visit on March 2!

An update about this weekend’s shows…

My doctor has advised me to go on vocal rest, so I have made the difficult decision to reschedule this weekend’s shows.

All tickets will be honored for the new dates:

Thank you for understanding!

JUST ANNOUNCED: Winter Jam Tour Spectacular 2023 heads to Raleigh on Friday, March 17. Will we see you there?!

Get ready for We The Kingdom, Jeremy Camp, Andy Mineo, Anne Wilson & more for a $15 donation at the door! No ticket required. For more info, visit JamTour.com!

Tickets on sale this Friday at 10AM: bit.ly/Kem_RAL23

Tickets are on sale this Friday at 10AM, and include admission to family-friendly preshow activities down on the dirt. Details: bit.ly/WTR_RAL23

JUST ANNOUNCED: Comedian Nate Bargatze brings his all-new "2023 The Be Funny Tour" to Raleigh on March 30! Tickets are on sale this Friday at 10AM.

Tomorrow night, we host 'An Evening With Dr. David Jeremiah: His Voice! Our Voice!' With special music from the Gaither Vocal Band, this special event will share an uplifting message from God's Word to the community.

Attendance is free, but registration is required. For more details, visit our website: bit.ly/DavidJeremiah_RAL

ON SALE NOW: Adam Sandler with surprise guest at PNC Arena on November 13! Join us for a hilarious evening of Sandler's unique brand of comedy and song!

Trans-Siberian Orchestra brings 'The Ghosts of Christmas Eve: The Best of TSO and More' to Raleigh on December 14. Tickets are on sale NOW for this beloved holiday show! ❄️🎄

Tickets on sale this Friday at 10AM, get 'em here: bit.ly/ASandler_RAL22

Join our team! Check out our Hiring Event on Tuesday, Aug. 30, 3-6PM, and learn more about available part time positions. On site interviews are available!

A special thank you to Roger Waters for an outstanding show in Raleigh!

The audiovisual extravaganza of Roger Waters This Is Not A Drill visits tomorrow night at 8PM!

🗣️: Roger Waters has been making headlines with This Is Not A Drill, a performance the Star Tribune called "Astounding." See the show in Raleigh on Aug. 18!

This Saturday at 11AM, Radio One Raleigh presents Women's Empowerment 2022! During this community event, guests will hear from featured speaker Sherri Shepherd, as well as a full lineup of musical guests and panel participants.

For the first time, Disney On Ice invites families to step inside the magical adventures of Frozen and Encanto! Journey with Anna, Elsa, Mirabel, the Madrigal family, and more LIVE at PNC Arena, December 7-11. ⛸️✨ Details: bit.ly/DOI_RAL22

Tickets are on sale August 2 at 10AM. Disney On Ice Preferred Customers can secure tickets starting today.

We loved every bop, groove, & absolute JAM on the tonight! Thank you New Kids On The Block, En Vogue, Salt N Pepa, and Rick Astley for throwing the party of the summer! 🎉😎

We're getting FANCY in Raleigh!! 💥💅 Share a photo of your best red nails in the comments below with and you can WIN pair of tickets to Reba McEntire's November 3 show before the onsale!

Photo must be shared by 2PM Thursday. Winner will be randomly selected and contacted via DM.

On October 6, Dr. David Jeremiah brings "His Voice! Our Voice!" to Raleigh, with musical guests Gaither Vocal Band and Michael Sanchez! This special event will share an uplifting message from God's Word to the community.

Attendance is free, but registration is required. For more details, visit our website: bit.ly/DavidJeremiah_RAL

Counting down the days until we have the best Saturday with Shawn Mendes on July 23! 🤩

Be the first to know and let us send you an email when PNC Arena posts news and promotions. Your email address will not be used for any other purpose, and you can unsubscribe at any time.

Send a message to PNC Arena:

ON SALE NOW: Adam Sandler with surprise guest at PNC Arena on November 13! Join us for a hilarious evening of Sandler's unique brand of comedy and song! 🎫: bit.ly/ASandler_RAL22

Trans-Siberian Orchestra brings 'The Ghosts of Christmas Eve: The Best of TSO and More' to Raleigh on December 14. Tickets are on sale NOW for this beloved holiday show! ❄️🎄 🔥🎸🎫: bit.ly/TSO_RAL22 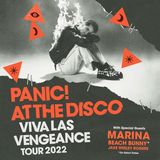 JUST ANNOUNCED: Panic! At The Disco with special guests MARINA & Jake Wesley Rogers on the Viva Las Vengeance Tour in Raleigh on October 2! On Sale June 8 at 10AM: bit.ly/PATD_RAL22

Two months until the New Kids On The Block Mixtape Tour 2022! We're loving the energy and vibes in this tour sneak peek - check it out and join the PARTY on July 22! 🎉🕺🏽

We'll be 🎤Livin' on a Prayer🎶 this Saturday with Bon Jovi! There's still time to reserve your seats. 🎟️bit.ly/BonJovi_RAL22

Your summer bop is HERE!! ☀️☀️ We can't wait to sing along with Shawn Mendes when he brings Wonder: The World Tour to us on July 23. Limited tickets available, starting at $39.50. Get them now at bit.ly/Mendes_RAL. 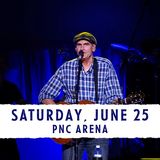 Enjoy 'An Evening With James Taylor & His All-Star Band' on Saturday, June 25 at PNC Arena! Tickets are on sale now - don't miss this wonderful show with the iconic sounds of James Taylor! Tickets: bit.ly/JamesTaylor_RAL 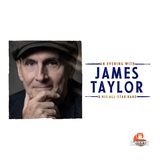 JUST ANNOUNCED: An Evening with James Taylor & His All-Star Band in Raleigh on Saturday, June 25! Tickets to see this legendary singer-songwriter go on sale next Friday, March 25 at 10AM. Details: bit.ly/JamesTaylor_RAL 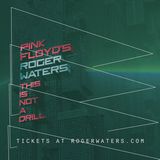 📣 This Is Not A Drill: Roger Waters brings an all new show to Raleigh on August 18! Featuring songs from Pink Floyd's golden era – in the round. This is not a drill, tickets available now: bit.ly/RogerWaters_RAL

John Mulaney at PNC Arena May 22

Congrats to John Mulaney as he hosts his FIFTH Saturday Night Live tonight! Tune in at 11:30 and get a sneak peek of the great comedy he'll be bringing to Raleigh on May 22!

On Saturday, Feb. 12, Cinch World's Toughest Rodeo rides into Raleigh for one action-packed night! Bring the family and be amazed by the toughest riders, broncs, and bulls around! 🤠 Tickets start at $20 and include a FREE preshow on the dirt. Get the details: bit.ly/WTR_RAL22

Working on your holiday gift list? Event tickets are a great idea & we've got something for everyone! 🎄🎁 Gift Inspo ➡️ bit.ly/PNCArena_Events

Disney On Ice presents Mickey's Search Party is here this week! Wednesday - Sunday, catch your favorite Disney friends on a thrilling adventure made for the whole family! ⛸️✨ Tickets: bit.ly/DOIRAL21

ON SALE NOW: Eagles perform their iconic "Hotel California" album in its entirety, plus many of their greatest hits here on March 2! Get tickets: bit.ly/Eagles_RAL22

Get ready to experience MORE at the Cinch World's Toughest Rodeo on Feb.12 - more action, more fun, and more memories! PRCA ProRodeo cowboys, bulls, and horses pair with some of the best western entertainers in the world for two hours of nonstop action! 🤠 Tickets start at $20 and include admission to the FREE preshow on the dirt! Get 'em here for a great holiday gift!: bit.ly/WTR_RAL21

Next Friday, Nov. 19, Genesis plays Raleigh for the very first time! Join us for The Last Domino? Tour to hear the hits. What songs are on your 'must-play' list? ⬇️ 🎫: bit.ly/Genesis_RAL

It's almost time to get your tickets for the MixTapeTour 2022 with New Kids On The Block and very special guests Salt N Pepa, En Vogue and Rick Astley! 🎉 Are YOU in on June 22? 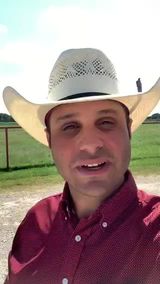 World's Toughest Rodeo announcer Anthony Lucia is ready to see y'all THIS Saturday night for some major rodeo competition and fun! Get here early for the preshow activities on the dirt at 6:00PM, too! 🤠🎫: bit.ly/WTR_RAL

Guns N' Roses kicked off their tour on Saturday night with MammothWVH and it did not disappoint! Join us on September 29 and rock out! 🤘🌹 GNR tickets ➡️ bit.ly/GNR_RAL

Tickets are ON SALE NOW for the return of WWE RAW in Raleigh! See your favorite Superstars battle it out live on Monday, Sept. 20. 💪 Get your seats here ➡️ bit.ly/WWERAW_RAL

ON SALE NOW: Alabama's 50th Anniversary Tour in Raleigh on October 7, with special guest Tracy Lawrence! Get your tickets today to see this legendary group perform the songs you know and love! ⛰️🎶 Tickets ➡️ bit.ly/Alabama_RAL

JUST ANNOUNCED: Don't miss Genesis live in Raleigh for the first time EVER this fall - Friday, November 19 at PNC Arena! Sign up today for the artist presale to get early access to tickets before the general public: bit.ly/Genesis_Presale 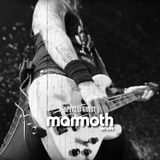 Tickets available at the PNC Arena Box Office and online at ThePNCArena.com. Box Office Information: Please contact us at 919.861.2323 for specific date / hours of operations. Should a holiday fall on/near a regular business day, please call for confirmation on operational status. Hockey Season (Currently) Monday-Friday 10am - 6pm Saturday 12 noon - 4pm (unless there is an NC State Football game) Closed Sunday unless there is an event or ticket on-sale Hockey Season/ Event Days (Currently) Monday-Friday 10am - 60 minutes after the event begins* Saturday-Sunday at least 3 hours prior to event - 60 minutes after event* begins *event / game times may vary Summer Hours Monday-Friday 10 am - 5 pm Saturday and Sunday closed on non-event days unless there is an on-sale. Saturday morning on-sale schedule will be 10am - 1pm. Summer Hours/Event Days Monday-Friday 10am - 60 minutes after event* begins *event /game times may vary

Other Live Music Venues in Raleigh

Text the word "WONDER" to 919-860-1015 for your chance to win a pair of tickets to see Shawn Mendes, coming to PNC Arena on Saturday, July 23!!
Don't forget to catch the Carolina Hurricanes game tonight at 7:00 at Rudino's Rooftop! You don't want to miss our famous pizza and grinders and all the fun!
PNC Arena
We are having a blast supporting the fine folks with Walk MS in at PNC Arena raise lots of funds to defeat MS once and for all! We are using our JBL VRX 932 LAP speakers and they sound amazing even with thousands of guests with a huge area to cover!
First time at PNC Arena! ✅
https://youtu.be/Xq16nCSW6VU
Enter to win tickets to Shawn Mendes at PNC Arena on July 23!
I got 3x tickets available for sale dm me if you are interested please
Listen to Diane Ramsey and the MIX Throwback Cafe all week for your chance to win a pair of tickets to see Bon Jovi at PNC Arena on Saturday, April 9 plus a Bojangles 8 piece tailgate special!
Register today and join Diane Ramsey this Saturday, April 2 at PNC Arena for Walk MS! ➡️ https://bit.ly/WalkMS2022
‪Hey friends! We are serving the today for lunch at Carter Stadium from 11:30pm-1:30pm! Come out and join us at 4600 Trinity Rd. here in Raleigh! -Finely Stadium Towers-Carter Finley Stadium Arena
Nothing like a Harlem Globetrotters game at PNC Arena in the Centennial Authority Suite to keep the Sunday Scaries at bay! We hope you are doing something fun today to get ready for an amazing week! Special thank you to everyone who made today possible.
Your friendly neighborhood Spider returns home today. Meet him at PNC Arena
x

Other Live Music Venues in Raleigh (show all)