Your Broadway Connection! We are a nonprofit, professional regional theatre producing Broadway revivals in downtown Raleigh, NC. Email us at [email protected] or call 919-831-6941.

For additional information on NCT, visit www.nctheatre.com. Follow us on Instagram and Twitter @NCTheatre. The Vision of North Carolina Theatre is to preserve the unique American art form of musical theatre, to provide broad access to the arts and to entertain and engage diverse audiences. Our Mission is to feed the spirit of local citizens by providing exceptional theatre productions, using the b

For additional information on NCT, visit www.nctheatre.com. Follow us on Instagram and Twitter @NCTheatre. The Vision of North Carolina Theatre is to preserve the unique American art form of musical theatre, to provide broad access to the arts and to entertain and engage diverse audiences. Our Mission is to feed the spirit of local citizens by providing exceptional theatre productions, using the b

North Carolina Theatre was proud to be a Gold Sponsor for the event and promote our upcoming season: Women. Together. Survive. Thrive.

Thank you, Raleigh Chamber for a day full of Connecting & Creativity!

Are you ready to get ON YOUR FEET?! Just three months until we bring you the inspiring true story about heart, heritage and two people who believed in their talents …and each other. ON YOUR FEET! The story of Emilio and Gloria Estefan opens on August 9! Get your tickets today at nctheatre.com

Seeking female-identifying actors of ALL ethnicities and races:
TRUVY –30’s-40’s. Any ethnicity, any race. Female.
Owner of a small-town beauty shop. Has a huge heart and is looking out for all that enter her shop.

ANNELLE - 18-early 20’s. Any ethnicity, any race. Female. She’s the outsider. Shifts from a very soft-spoken person, to a bible-loving Christian with her heart on her sleeve.

To audition, please prepare ONE character scene from this folder:
https://www.dropbox.com/sh/xm20xvxkmwoygs7/AACCR53bInWnVmEmR7AV7loca?dl=0

Please bring a photo and resume stapled together.

Please sign up for an audition spot here:
https://signup.com/go/viGJDZq

LOCAL CALLBACKS
Friday evening, June 17, 2022. Additional details will be provided to folks who are invited to return.

The North Carolina Theatre CONGRATULATES all the 2022 TONY nominees! A special shout-out to Sidney DuPont, who was nominated for "Best Featured Actor in a Musical" for his role in Paradise Square! At NCT, Sidney starred in A Chorus Line and Gypsy. Here he is pictured as "Tulsa" in our 2017 NCT production Gypsy. We are rooting for you, Sidney!!!

Happy Closing to the Cast and Crew of #NCTRINGOFFIRE!

Thank you for joining us for this salute to "The Man in Black!" We can't wait to see you for ON YOUR FEET! The Story of Emilio and Gloria Estefan running August 9-14! Make sure you get your tickets at nctheatre.com

Reviews are in! Audiences and critics are loving our production of Ring of Fire!

“Audiences of all generations are sure to have a great time. Whether you're familiar with Johnny Cash or not, you should still be tapping your feet and clapping along from beginning to end.” - BWW Raleigh

“It is rare to find a show where so much thought, talent, and passion have been poured into every aspect, from the diversity of its cast to the music, choreography, lighting, sound, costuming, and nods to the original artist. Whether you’re a longtime fan of Johnny Cash or just want to see a unique show radiating excellence from every pore, you won’t want to miss out on NCT’s Ring of Fire.” - Chatham Life and Style

Ring of Fire Closes on Sunday!! Don’t miss your chance to see Ring of Fire!

Get your tickets at nctheatre.com

First look! Our Production of RING OF FIRE runs until May 8th at @decraleigh! Don't miss this A foot-stompin' salute to "The Man in Black!" Get your tickets at nctheatre.com

The moment we have all been waiting for.. THE 2022-2023 SEASON ANNOUNCEMENT. We are incredibly thrilled to be producing these stories that connect our community through tales of friendship, trials and tribulations and love and laughter. This Season we are celebrating women. Women. Together. Survive. Thrive.

Our five show season features female leads that inspire as they move through the stories on our stage. In November, the season starts with laughing and lear...

[Get to know the Cast: Jenna!]

From Denver, CO to her NC Theatre debut in TWO days, get to know Jenna Moll Reyes! Fun fact: Jenna like the use of the Oxford comma. Make Jenna feel welcomed NC & see her in RING OF FIRE opening this Friday! Tickets are going fast! Don’t delay!

Less than 4 days until we announce our 2022-2023 Season! Here is the fifth and final clue! Let us know your guesses before the sun sets on Thursday April 28th! You can now submit your guesses for your chance to win a pair of tickets to one show of your choice next season: https://www.surveymonkey.com/r/CX39T65

One week untill we welcome everyone back to the theatre with our production of Ring of Fire! Our cast is hard at work to bring the story of Johnny Cash to life at NC Theatre. The show runs from April 29th-May 8th at A.J. Fletcher Opera Theater. Get your tickets today!

Dreaming of the day we can share the whole season with you! As April 29th approaches, we are posting clues of each show in our 2022-2023 season.

Here is the second clue!

We cannot wait to share the entire lineup soon.

After our final show teaser is posted ‪on April ‬25th, you will have the opportunity to submit your guesses for a season to win a pair of tickets to a show of your choice next season!

We cannot wait to take our audiences to places to near and far this season. Next week we announce the entire 2022-2023 Season. Here is the clue for the fourth show of the season. Continue to share your guesses with us in the commments!

It's the first day of rehearsal for RING OF FIRE. Who is excited to see this production come to life? Tickets are going fast! Don’t delay! Get your tickets at nctheatre.com

We're here to share the third show's clue for our 2022-2023 Season. As our annoucnment day approaches, tag a friend and see if you can guess what our upcoming shows will be!

[Get to know the Cast: Miguel!]

From stage (Barn Theatre's Bullets Over Broadway, Bonnie and Clyde, Assassins) to screen (NBC's The Blacklist) to singing and songwriting, he has done it all and now he is going to be on the North Carolina Theatre Stage! Meet Miguel! Get your tickets today to see him shine in our production of Ring of Fire, April 29th-May 8th!

[Get to know the Cast: Austin!]

This Brooklyn based singer-songer, actor, and IPA expert, is taking his talents directly to the North Carolina Theatre Stage! Meet Austin! Don't miss the chance to see him in action in our production of Ring of Fire, April 29th-May 8th. Get your tickets today!

In less than one month, we will announce our upcoming 2022-2023 Season! Leading up to April 29th, opening night of Ring of Fire, we will post a clue of each show in our season.

Here is the first one!

We cannot wait to share the entire lineup soon.

After our final show teaser is posted on April 21st, you will have the opportunity to submit your guesses for the season to win a pair of tickets to a show of your choice next season!

For now, Let your ideas bloom!

We cannot wait to welcome you back to the theatre with Ring of Fire in ONE MONTH!

Meet the full cast for Ring of Fire with music and lyrics by Johnny Cash directed by Randy Reed, who was a part of the Original Broadway cast of Ring of Fire. Performances will run from April 29 – May 8 at A.J. Fletcher Opera Theater at the Duke Energy Center for the Performing Arts in downtown Raleigh.

Get your tickets today: https://nctheatre.com/shows/ring-fire

Happy World Theatre Day from North Carolina Theatre! We hope you join us next month for Ring of Fire, until then share your favorite NCT shows with us in the comments!

As March continues, we want to regonzie another leading lady in our NCT Family. Jennifer Paz portrayed the role of Kim in our 2009 production of Miss Saigon.

According to Robert W. McDowell of CVNC, "Paz gives a luminous performance as Kim." She came to the NCT stage shortly after her time in the 1st National Tour of Miss Saigon. From 2014 to 2020, she shared her talents with the world through the character of "Lapis Lazuli" on the hit Cartoon Network show, Steven Universe. We are honored to have her in our NCT family.

Since 1988, March has been regzonized in the US as Women's History Month. To begin the month, we want to celebrate our incredible leading ladies! One of whom is Brennyn Lark. She played Mary Magdalene in our 2017 production of Jesus Christ Superstar.
.
Some of her credits included Eponine in the Broadway revival of Les Miz, Deena Jones in the West End's Dreamgirls, and most recently on screen in The Marvelous Mrs. Maisel. She shares her talents on the stage and with her students as she offers training in singing, acting, and audition techniques. She encourages her students to "unlock your potential and step into your power." Thank you, Brennlyn for sharing your talents with the us!

Be the first to know and let us send you an email when North Carolina Theatre posts news and promotions. Your email address will not be used for any other purpose, and you can unsubscribe at any time.

[Get to know the Cast: Jenna!]

[Get to know the Cast: Miguel!]

[Get to know the Cast: Austin!] 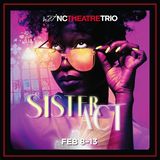 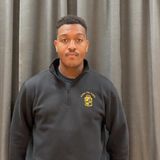 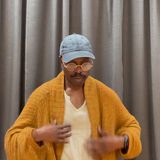 Lady Day opens in one week! 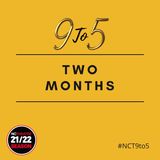 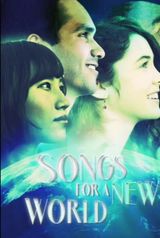 [Get to know the Cast: Christine! ] 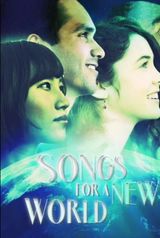 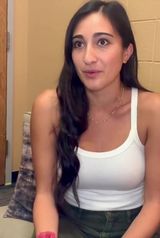 Meet Krystina Alabado! Straight from Mean Girls on Broadway - we are thrilled that she's sitting with us! Don't miss your chance to see Krystina in NCT's Production of Songs for a New World! There is still time to grab your tickets at nctheatre.com! 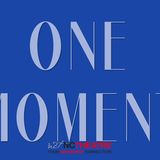 Tickets for Songs for a New World on sale now!

Groups of 10+ save 10%! - call 919-831-6941. For additional information on NC Theatre, visit www.nctheatre.com. Follow us on Instagram and Twitter at @nctheatre. The Vision of North Carolina Theatre is to preserve the unique American art form of musical theatre, to provide broad access to the arts and to entertain and engage diverse audiences. Our Mission is to feed the spirit of local citizens by providing exceptional theatre productions, using the best national, regional and local talent. Fortify the cultural vitality of the region by offering broad access to live theatre, while strengthening economic growth, and foster the next generation of artists and leaders who will become future patrons of the arts through training, performance, and outreach programs.

Other Performing Arts in Raleigh