Your destination for multi-format modular and hardware synthesizers located in Pomona, CA.

We are saddened to hear about the untimely passing of Dave Smith. Here are some photos of him with his buddies and the @Sequential family that made us smile. Rest in Peace.

UDO Super 6 Desktop is back in stock!

The Cenotaph is device meant for processing modular level audio signals.
Line level or guitar level signals will work but need to be fed into a signal amplifier to get signal to modular levels before entering Cenotaph.
If low level signals are used the results will sound like a bit crusher and be less stable and predictable which sometimes sounds cool,
but overall it is recommended to stick with modular level signals like VCO waveforms straight out of the VCO.
The audio signal is fed into two 6CB6 pentodes then into a 4046 PLL and 4013 Divider.
Switchcraft 1/4” jacks and NOS military surplus tubes used.
Hand wired and through hole assembly, PCB manufacturing, enclosure drilling and metal work all done in USA.
For most stable results the left knob should be full clockwise/pointing to the right when third/right switch is in UP position. If center switch is in UP position then it doesn’t matter where left knob position is.
It is recommended to start with all 3 knobs in full clockwise position and all switches down.

Our Memorial Day Reverb sale is live! Get a whopping 15% off select items!

Our Memorial Day Sale is live and direct! Hope every has a great holiday weekend!

Noisebug is a proud dealer for Physical Synthesis who specializes in the Cicada, a physical synthesizer, processing system, texture creator and many more functions in the real world synthesis domain! Paving new roads for sound designers and artist alike.

Qu-Bit Aurora Spectral Reverb is now shipping! All pre-order holders will be shipping out today!

Make Noise restocks have arrived and a limited run of Pressure Points and Brains!

Prism Circuits HYMENIUM Sequencing Panel is back in stock and ready to ship. These panels are handmade in California using all through-hole components and true paper panels, as it originally was intended and how it should remain to be called true paperface.

Pre-orders for the new Lorre-Mill Double Knot v3 are now up on out website! No money down pre-order! Visit our website to read about the new features.

Oberheim OB-X8 pre-orders are back open in limited quantities. Sequential has confirmed more units will be arriving!

Circuit bent HR-16 being processed by a custom built eurorack system for a good customer.

@weareelektron Syntakt back in stock on our website. Will be on reverb shortly.

Limited Edition Pulsar-23 in Army Green! This special edition comes in a custom green case and special army backpack as shown in the photos! IN STOCK AND READY TO SHIP!

The new Oberheim OB-X8 pre-orders are now open! This pre-order is a $0 down place holder to secure your place in line.

We have 2 Moog One b-stock units in stock that just arrived today directly from Moog! One 8 voice and one 16 voice! Please visit our website for pricing.

The new Tendrils 1/4” Right Angle cables are 5U’s new best friend! Keep your patches clean and out of the way compared to traditional 1/4” patch cables. Visit our website for color choices and cable bundle pricing.

Noisebug is now a proud dealer of Bubblesound products! More modules are on the way!

We still have limited amount of Elektron Syntakt’s in stock and ready to ship!

All new Tendrils 1/4” to 1/4” right angle cables are now in stock and shipping! Please visit our website for more details.

Pre-orders for the new Elektron Syntakt are live on our website! Reserve yours today 🎛 #elektronsyntakt #elektron #electronicmusic

Units scheduled to arrive May 2nd 12 Track Drum Computer & Synthesizer Enter a sonic metropolis with Syntakt. Analog and Digital synthesis. Drum and melody. In full fusion. All your sound crafting, sequencing, and performance needs are fulfilled, in an all-round music mega box that fits in your...

All your sound crafting, sequencing, and performance needs are fulfilled, in an all-round music mega box that fits in your lap. Syntakt is a drum specialist, full of percussive possibilities, but its four analog and eight digital tracks can be used for melody, harmony, and bass sounds too. Experience epic sounds from the past, pulling others into existence from the future.

The streets of Syntakt are never-ending, the neon lights are never-dimming, its underground is fathomless. Discover worlds within worlds. Adore now. Explore forever.

The new MOOG Etherwave Theremin is now in stock and shipping!

Take a look and perhaps something might catch your eye!

The new Waldorf Iridium Keyboard is now in stock and shipping!

The KORG MS-20 mini is back in stock after a long hiatus!

Be the first to know and let us send you an email when Noisebug posts news and promotions. Your email address will not be used for any other purpose, and you can unsubscribe at any time.

Send a message to Noisebug: 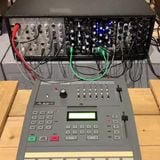 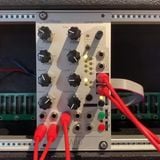 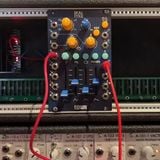 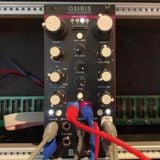 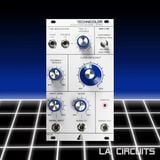 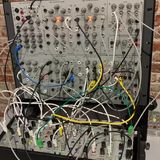 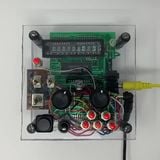 The space was the original Analogue Haven location, which was started in 2005, way back in the dawn of the Eurorack Modular explosion.

When the original AH partners split up in 2008, Noisebug was born and over the years it has housed the operations of Plan B, stocked the Moog Guitar and the Franz K Itar, served as the only USA showroom for Buchla product pre-BEMI, and has put on many concerts from the likes of Steve Roach, Robert Rich, Ezra Buchla, John L Rice, and many local electronic music artists.

We stock keyboards, synthesizers, drum machines, electronic percussion and desktop modules from all over the world. We specialize in Multi-Format Modular Synthesizers, including Moog Format (MU), Buchla Format, Eurorack, Serge and beyond. 2018 marks Noisebug's 10 Years anniversary as an independent electronic music retailer.