We have a small, exclusive client list and we are dedicated to improving their businesses and building their brands.

We have a small, exclusive client list and we are dedicated to improving their businesses and building their brands.

An unspeakable tragedy occurred in our city of Orlando. Our thoughts and prayers are with the victims, the families, our police, and our healthcare workers. Our city has responded with love and the kindness in the face of hate. #PrayforOrlando #OrlandoStrong

Over the weekend, the world said goodbye Muhammad Ali. Randy grew up in Louisville, Kentucky, and shared this story of the time he met The Greatest...

The Day I Met The Greatest

I was a 13 year-old kid, and it was just a few weeks before the 1984 Olympics in Los Angeles. The Olympic Torch Relay was coming through Louisville, Kentucky, and it would be carried by The Greatest - Muhammad Ali.

When we arrived downtown, there were thousands of people swarmed around the hand-off point. The police had roped off the entire plaza, and people were standing 10 deep... not just to see the torch, but to the see Louisville's most famous athlete. The handoff point was close to Muhammad Ali Boulevard.

When he arrived, the crowd roared, and someone behind me said, "Hey kid, you should go over and say hi.. the cops won't stop you!" And so I did. I ducked under the rope, and went straight to Mr. Ali, who instantly smiled, held his hand out, and asked me my name. He talked for quite awhile as he joked around with me, messed up my hair, and signed an autograph. He then let me take hold of the Olympic torch.

The event was significant for many reasons. Muhammad, then Cassius Clay, had won a Gold Medal in the 1960 Olympics in Rome. From the stories that have been told, he loved that medal more than anything on earth, and he wore it all over town when he returned. Rumor has it that he even wore it while sleeping. The medal, however, didn't change the racism that was prevalent at the time. After being denied entry into a Louisville restaurant due to the color of his skin, Ali went to Second Street bridge, stood over the Ohio River, and threw his Olympic Gold Medal into the rushing waters. It was a moment he probably instantly regretted, and didn't reveal it until he was being filmed for a 1975 documentary.

On this day in 1984, however, he was reliving his Olympic experience. The smile on his face, and the joy he was feeling were clear to everyone there. When his torch was lit, he smiled, and waved, and then ran like an Olympic Champion. Twelve years later, he would carry the torch once again - as the final runner at the 1996 Atlanta Olympics. His Parkinson's, which was diagnosed in 1984, had begun to take hold of his body, but he still looked like an Olympian as he lit the cauldron and left millions in tears.

Almost exactly two years ago today, a man in Louisville named Robert Bradbury volunteered to participate in the Annual Ohio River Sweep, a day spent to clean up trash along the Ohio River. As he was searching the banks of the river, he stumbled upon a large, round object. He picked it up, started to rub off the dirt and mud, and saw the faint image of a Roman God. He joked to his wife that he had found Muhammad Ali's medal, and as more dirt came off, the reality began to hit him. He took it to a precious metals expert who helped him clean it, and then it was authenticated - Robert had found Muhammad Ali's Gold Medal from the 1960 Olympics, which had been sitting in the river for over 40 years.

Rather than auctioning it off, or calling the press, they simply took the cleaned medal to the Ali Center in Louisville and dropped it off, asking that it be returned to its rightful owner. A few days later, the curator of the museum dropped off a gift to the Bradburys from the Ali family - a check for $200,000. We can only hope that Muhammad Ali was able to sleep with it a few more times.

Rest well Mr. Ali. I know you probably took a few moments to say hi to a few million kids throughout your life... and none of us will ever forget it. You were, and will always be, The Greatest. A few weeks ago.... Just our Random crew, sailing across the Caribbean to our next location... 😃

Here's a fun way to step up your Instagram game. Starting today, Canon and 360i are setting up pop-up digital billboards around New York's most photographed locations to help people snap their best photos. 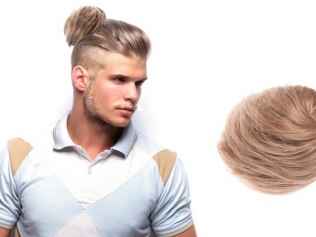 8 Intriguing and Fun Digital Marketing Stats From the Past Week

Some fun info from the past week. Man Bun anyone? Anyone?

The past week of digital marketing data involved everything from serious stats on Facebook's diminishing referrals for some publishers to the a goofy clip-on man bun going viral on Groupon. 1. Snapchat video views have tripled since May and now total 6 billion every day, according to a Financial Tim…

A hilarious look at the RFP process...
http://www.adweek.com/adfreak/watch-people-other-industries-react-hilariously-being-asked-free-spec-work-167945

People in other industries don't provide their would-be clients with "spec work" for free. That would be asinine. So, why do advertising agencies continue to do it? It's not a new question.

Video Is Truly Everywhere, and Ad Buyers Need to Think Beyond TV, Desktop and Mobile

TV, Online and DPB... Video is everywhere... and working. We love bringing brands to life with brilliant videos. http://www.adweek.com/news/technology/video-truly-everywhere-and-ad-buyers-need-think-beyond-tv-desktop-and-mobile-167752

It's certainly no secret that the media world is in the midst of unprecedented changes. There was a time when "change" in media meant television emerging as a challenger to radio, the evolution of black and white TV to color, the advent of cable television networks, and so on. 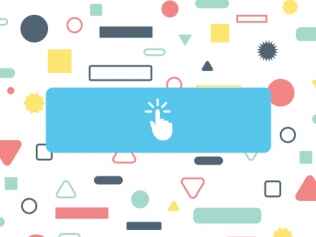 4 Design Hacks That Lead to More Effective Calls to Action

Colors, shapes, & images. They're all a huge part of successful conversion, and prove the importance of studying consumer behavior.
http://www.adweek.com/brandshare/4-design-hacks-lead-more-effective-calls-action-167431#!/

Did you know that some call-to-action (CTA) button colors can drive more clicks than others? Or that including images of people looking in the direction of your CTA can boost click rates? 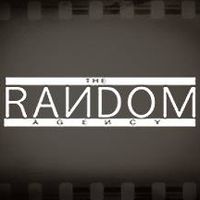 A great new tool for our DR clients...
http://www.adweek.com/news/technology/twitter-claims-promoted-tweets-significantly-lift-interactions-and-conversions-167584

Ever feel like you've failed? You're in great company. Keep moving forward.

Infographic: A Holiday Preview of What Shoppers Want and Where They Want to Buy It

A great look at the upcoming holiday season, and the continuing influence of TV ads.

For many, the arrival of fall means two things: good TV and the onslaught of moralizing complaints from your great aunt that the Christmas season comes earlier and earlier each year. The truth is that more than a third of consumers begin shopping for Christmas at least nine months before the stockin…

It's Friday afternoon, which means it's almost soccer time. Orlando City plays in NYC tonight, and our president will busy coaching three youth soccer teams over the weekend. To get everyone ready, here's one of our favorite, and hilarious, soccer videos...
https://www.youtube.com/watch?v=8F9jXYOH2c0

A soccer match between the Yale Bulldogs and the North Carolina Tar Heels comes down to Scott Sterling and the most epic penalty kick shootout you'll ever se...

Shark Tank's Barbara Corcoran: 'All the Best Things Happened to Me on the Heels of Rejection'

We love our friends at Shark Tank... Here are some wise words from Barbara Corcoran.

The 'Shark' and real-estate mogul never let an obstacle keep her from her goals.

Get Peanutized for the Upcoming Snoopy Movie!

Ever feel like you wanted to join Snoopy and the gang? Here's your chance...
http://www.adweek.com/adfreak/get-peanutized-upcoming-snoopy-movie-167079

Ever feel like you belonged to the world of Charlie Brown and Lucy? Leading up to Fox Family's The Peanuts Movie, nostalgic fans can visit Peanutize Me!, which lets you transform yourself into a modern-day Peanuts character.

Want to increase online sales by 43%? It's time to add video to your website. 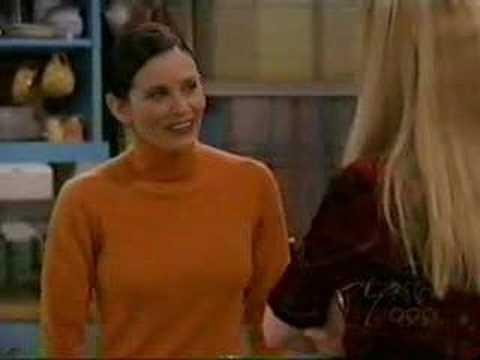 It's the start of a short week... might as well kick it off with a few laughs... https://www.youtube.com/watch?v=b0bR172ux8E 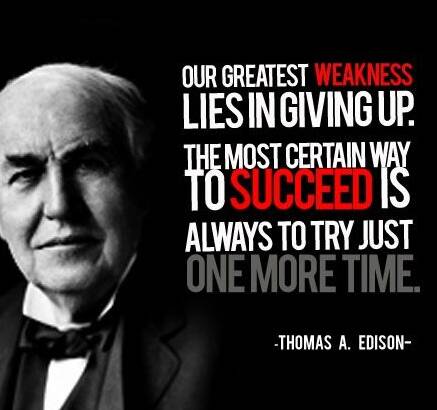 Today, in 1879, Thomas Edison demonstrated the incandescent light bulb. He had failed at the invention over 1,000 times. #nevergiveup

What will your verse be?

The world lost a genius yesterday, and we are heartbroken. Robin Williams not only brought laughter to millions in every corner of the globe, he brought many of cinema's most memorable dramatic characters to life. Will miss his humor, his kindness, and his genius to create art in everything he touched. It is hard to believe he is gone, but what a rich legacy he leaves behind. In the words of Mr. Keating, "The powerful play goes on, and you may contribute a verse. What will your verse be?"
https://www.youtube.com/watch?v=vq_XBP3NrBo

Many a small thing has been made large by the right kind of advertising. - Mark Twain

Running your own business? Pick up Richard Branson's Like a Virgin, and Mark Cuban's How To Win at the Sport of Business. Great advice from great entrepreneurs.

Graduation season is upon us, so it's time to take a look back at a moment Miami University shaped our view of creativity. http://gorandom.com/news/creativity/

When I was in college, a professor once asked me to name two commercials that were currently on the air – one that was effective and one that was ineffective.

Only five hours to watch the brilliant Cmdr. CHris Hadfield's cover of Space Oddity. It was filmed entirely on the ISS last year. It will go offline forever at 5pm today. http://www.youtube.com/watch?v=lc8BcBZ0tAI

One of our many Hawaiian productions. Aloha!

Here's a great look at the process of invention... http://gorandom.com/news/the-evolution-of-random/

That’s usually the reaction when someone sees a brilliant invention that solves an everyday common problem. The fact is, countless people have become

Be the first to know and let us send you an email when Random Motion Pictures posts news and promotions. Your email address will not be used for any other purpose, and you can unsubscribe at any time.

What Is Random Motion
Will you consider liking my page, Drive for The Cure of Cancer. It's for a great cause, all you have to do is click on the link and like the page. https://m.facebook.com/profile.php?id=689221581192269
I tried to submit a request to license my product but it gave me an server error.
http://forsalebyinventor.com/products/bed-caddy If you get a moment please check out this new invention I came up with. this is going to make hugh money.