The show must go ON(line)! The SoundStage Live is a virtual venue showcasing some of the best musica

Want more of SWITCH at The SoundStage Live!? 🎸

Subscribe to our YouTube to stay up to date with all past, present and future shows: YouTube.com/TheSoundStage

Link in bio to RSVP.📆

Switch is taking over The SoundStage Live this Saturday!

Here’s an 80’s starter pack to get you retro-ready for the ultimate throwback show!

Meet the band: SWITCH at The SoundStage Live! ✨

✨ Nick - On any song, Nick can be found fronting the vocals in parachute pants, rocking the guitar and keyboards or crashing the cowbell. Nick’s short attention span gave birth to the endless library of the SWITCH signature medley!

✨ Mike - Originally from Long Isand, NY, Mike Addeo got his start in bands in Middle School, playing his first concert in 1982, with his hometown friend Michael DelGuidice (Billy Joel Band). Mike Co-Founded SWITCH with Nick in 2002.

✨ PJ (the Dude) - After leaving the Philly Rock Scene, PJ moved to Orlando and was the standout favorite, joining the earliest days of SWITCH via MySpace.

✨ Rusty - Rusty is a human SWITCH ARMY KNIFE, with a long history of playing in bands, producing, engineering and touring. Rusty has Toured with the Breeders, rocked the Warped Tour and been the 5th member of SWITCH since 2008.

Don’t forget to RSVP for a night to remember this Saturday night!
✨

Join us as we welcome our favorite retro nerds SWITCH at The SoundStage Live! next Saturday at 8PM!

It will definitely be a PARTY! 🎉

Happy Wednesday Fam! This week, our SoundStage team is prepping the stage for some amazing October performances! ✨

Be sure to subscribe to our YouTube channel and turn on the notification bell to stay up to date on all of the latest SoundStage Live performances: YouTube.com/TheSoundStage 🔔

The Red Suits show for tomorrow has been postponed! Not to worry though, we will be announcing a rescheduled date very soon!

In the meantime, please enjoy our weekly Music Tuesday Trivia for today!✨

Check out the full performance on the SoundStage Live’s YouTube. Link in bio, don’t forget to subscribe!

The Red Suits are coming to the SoundStage Live! 🕺🏼

This smooth trio will be playing some of the coolest arrangements of the best songs. Mark your calendars now - Wednesday, September 30, 2020 at 8 PM EST.

You do not want to miss this one!✨

is our weekly celebration and recognition of local businesses in an effort to help support their ventures during this time. ✨

Interested in being featured as the SoundStage Live’s of the week? Know an awesome local business you’d like to see featured? Shoot us a direct message!

LAST CHANCE TO ENTER! Only a few more hours until we close entries, here’s how you can enter to win a FREE $50 gift card to Clermont Brewing Company🍺

1. Follow The SoundStage live on YouTube.com/SoundStageLive
2. Tag a friend in the comments below!

We will be selecting a name at random and will announce the winner TONIGHT at the Off Kilter show.

GIVEAWAY TIME! Here’s how you can enter to win a FREE $50 gift card to Clermont Brewing Company 🍺

2️⃣ Tag a friend in the comments below!

3️⃣ We will be selecting a name at random and will announce the winner live at The SoundStage show featuring Off Kilter this Saturday at 8PM EST.

Want to travel back in time to the golden age of Hollywood glam?

You can re-watch last weekend’s performance by American Sirens on The SoundStage Live’s YouTube. Don’t forget to subscribe:
http://bit.ly/SoundStageYT In honor of Orlando-based Celtic rockstars Off Kilter at The SoundStage Live! taking on The SoundStage live this Saturday at 8PM EST, here is today’s Tuesday Music Trivia:

From which wood is the bagpipe most commonly made?

Meet the band: Off Kilter at The SoundStage Live! ✨

✨Jamie Holton- Jamie is the co-founder of Off Kilter in 1997 where they played at the Canada Pavilion in Epcot for 17 years. Originally from Ormand Beach, Florida, he started playing bagpipes at the age of 12.

✨Mark Weldon – Mark is a co-founder with Jamie. Mark grew up in Cork City, Ireland and moved to the United States when he was 18 years old as a motocross champion.

✨Randy Holbrook – Born and raised in Kentucky, Randy has spent most of his life in the Orlando area. In his early years toured with many bands before joining Off Kilter from the start.

✨Scott Zymowski – A native Floridian, Scotty Z has been playing drums his entire life. He has toured as the drummer with Pat Travers Band for many years as well as many other bands.

✨Colin Farrell – (Not THAT Colin Farrell)- Born and raised in Manchester England, he started playing fiddle and tin whistle from a very young age. He has toured all over the world with many bands and is also a composer, writing a Tune a Day for 2020. He moved to Florida in 2005 and began playing with Off Kilter in 2016.

Don’t forget to RSVP for a night to remember this Saturday night! 📆

There are NO words, you gotta see them for yourself, and now you can - next Saturday at 8PM EST!

Prepping The SoundStage for a performance by the lovely ladies of The American Sirens tonight at 8PM EST, hope to see you all there!✨

Hello Friends and Family! We are working on getting a custom URL for the SoundStage.Live's Youtube channel, but we need your help. We need at least 100 subscribers to qualify. If you would, please follow the link and click on the SUBSCRIBE button now. Thank You!!!!

The SoundStage Live is a virtual Live Streaming venue showcasing some of the best musical acts and entertainment on the East Coast.

Billie Jean x Jolene mash up! Need some more Hayfire in your life?

Good news! You can find the band’s Labor Day weekend performance on The SoundStage Live’s Facebook and YouTube. ✨

Welcome back to Tuesday Music Trivia!✨

Who is referred to as the Queen of Jazz?

Comment your answer below & don’t forget to RSVP for a night to remember this Friday night!

Over here at The SoundStage, we are setting up our space and getting ready for some of the BEST country around to take over!

Hayfire takes the stage at 8PM EST, hope to see you all there!

The American Sirens are a true boutique vintage concert experience! 🥂

Their dazzling and expertly finessed female vocals transport you to the golden age of Hollywood glam. Join us and welcome these lovely ladies to The SoundStage Live next Friday, September 11th at 8PM EST! 💃

Head over to American Sirens at The SoundStage Live! to RSVP! 📅

✨Brooks was born and raised in a musical family in Corpus Christi, TX and moved to Florida in 2003 to become the GM of the largest music store in Central Florida. By 2005, he had a band back up and running again! It eventually evolved into HayFire and has been going strong now for over 10yrs.

✨Born and raised in Central Florida by musicians, music is in Takara’s blood. Singin’ & dancin since 3 yrs old, she’s been a full time, professional performer for 14 years!

✨Brandon started playing drums at the age of 12 and wanted to be Animal on the Muppet Show. He learned to play right handed watching other drummers despite being naturally left handed in life.

✨Jordan was born and raised in Salt Springs, surrounded by pickin and grinning since birth. Blessed to play music professionally since 15, support his family with his passion while running his own fitness center in his hometown.

✨Steve, from St. Louis, moved to Florida 10 years ago. He plays steel guitar, 6 string guitar, dobro, as well as some banjo and harmonica. Steve’s been playing professionally for 45 years in various bands and joined Hayfire in 2012.

✨Bill was born and raised in the greater Cleveland, Ohio area but been in Florida since 1987. He started playing bass at 12 years old and joined Hayfire in 2008.

Don’t forget to RSVP for a night to remember with Hayfire Labor Day Celebration this Sunday night! 📆

Anybody else ready for the long weekend? 🙋🏽‍♀️

Join us in celebrating the Labor Day weekend with Hayfire Labor Day Celebration this Sunday, Sept. 6th at 8PM EST!

Happy September everyone & welcome to Tuesday Music Trivia time with The SoundStage Live! ✨

Comment your answer below & don’t forget to RSVP for a night to remember this Sunday night with Hayfire! Link in bio to RSVP.📆

Nothing like celebrating the upcoming Labor Day Weekend with some of the BEST country music around! 🎶

Hayfire, voted “Best of Orlando” - Best Cover Band, will be kickin' it at The SoundStage Live this Sunday, Sept. 6th at 8PM EST and you do not want to miss it!

Shout out to our very own Richie Compton, technical director of The SoundStage Live!

Richie will be performing at The SoundStage.live tonight at 8:30PM EST with EPIC Party Band right before Metro Latino Band hits the stage, come celebrate with us! 🎂

Be the first to know and let us send you an email when The SoundStage Live posts news and promotions. Your email address will not be used for any other purpose, and you can unsubscribe at any time.

Send a message to The SoundStage Live: 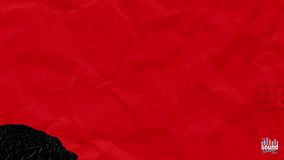 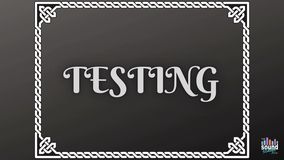 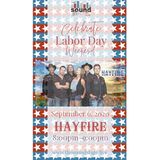 Other Live Music Venues in Orlando

So awesome!
Congratulations
Let’s do this
x

Other Live Music Venues in Orlando (show all)