Voice Over Artist, Stage Manager, Photo + Videographer, Eater, Musician, Hobby Collector. Candid moments of love and joy are my favorite to capture with both a microphone and a camera.

Those moments are found when you're just being you. I'll help you create these memories in a laid back and stress free manner.

I will forever fan this cast with love.
Our B Roll is now out! Come see us at the Lyceum!!

Releasing some shots I took from B Roll!
L Morgan and Eli! Between fanning and touch ups, and the pure talent on the stage, our B Roll came out looking 🔥
#photography #broadway

Circle ups are so special. It happens on different shows for different reasons.
We used to circle up pre show on War Horse and sing Rollin Home.
We would circle up post show on Slave Play and release the show to the theater instead of taking it home.
We circled up before opening night and before the Tony performance to breathe together on Hadestown.
The Strange Loop circled up in Gayville (our green room) before their Broadway Opening and sent their energy beaming around the theater.
Here’s to many more circle ups.
⭕️💕
#Theater

This cast is stunning onstage and off!!
Opening Night Places Portrait.

@liachangphotography captures it all.
Missing sweet cheese @andre_deshields.
The chaos in the last photo is everything.

Some BTS from @tinydesk. Check it out on YouTube or @npr!

Step and repeat for tiny desk 📸🤩

@tinydesk concert was dropped today for @strangeloopbway! Check it out!

From The Heights to Truman High to Gayville.

Didn’t get a photo with Lin or Chavkin post show, but they both visited Loop!
I worked on a whole lotta flops before Hadestown. (Doesn’t mean the shows weren’t good…) But having a hype show is so freaking special.
This is the energy we need.
Let’s GOOOOOOOOO!

@alancummingsnaps and the 🌈Squad! (Plus Caro and Andie!)

“Trapped DS”: A Series.
This is @erin.gioia.albrecht! Erin has been stage managing for decades and is now living her Broadway Dream as the PSM of @strangeloopbway! Lover of coffee, organization, cats, and brown liquor (Not in that order).
Our SM team happens to be entirely non male, and Erin, Vicki, and I are all q***r! #🌈Squad
More SM videos coming soon 🥳.

Our head carp, Billy, is one of the best. We worked together on Gettin’ The Band Back Together half a decade ago!
Billy is in charge of all the show scenery elements. He watches as things move onstage during the show to make sure it’s running smoothly and is safe for our company. When things are flying in and out, he checks that no one is in the way (I have a hole in my left leg because a head carp on another show did not call a piece that was flying out and walked away from it.)
He also keeps track of the number of performances on a piece of scenery so we know how many shows we’ve done!
Show your stage hands some love today!

“Trapped DS”: A Series.
@jandymorri greets the stage before every show.

“How do I work on Broadway?” Like the great @bornbeverlyjenkins says, “it’s not about getting into the room. It’s how you STAY in the room.”
Thanks, @spoonforbetter for the push to make this video!

This past winter, I went through a really bad depression phase where I decided wanted to leave theater forever. I’ve dreamed about Broadway since I saw my first International Tour in Singapore as a child.
Broadway hours are long, PSMs are on call 24/7, anti-Asian crime was worse in NYC, Covid was/is still ever present, and I got too burnt out.
.
Then came Spring. I took time off from theater, took a vacation, got new VO agents, and got 7 Broadway shows asking for me. I picked the two that meant the most to me, finished out my two weeks at Hadestown to say goodbye, then headed off to Strange Loop.
Theater is not easy. Broadway is not the be all end all. It’s hard work, and it’s not for everybody. As insane as we all are for making theater, I’m so glad I found my love for it again.
.
I couldn’t have done it without my wife, friends, and therapist who all kept cheering me on and checking in.
.
Come check us out at the Lyceum Theatre 💜

@thelivingmichaeljackson receiving his audience after the 1st preview of @strangeloopbway

STILL ROCKING THESE BLANKET HOODIES! 4 more people have joined us 🤩😬

@thejmravatar and @antwaynhopper manifested this verse for @strangeloopbway ‘s first preview. Reese picked 3 random digits (pg #), and they both said “stop” as I ran my finger over the verses.
I’m not religious, but this seemed like a sign from the universe. How perfect.

“3. The top of one mountain is the bottom of the next, so keep climbing.”
The Big Artiste. My coffee zaddy.❤️
📸: @liachangphotography

“2. Slowly is the fastest way to get to where you want to be.” 🍬🧀
A night of mixed nuts and buffalo grass vodka.

“1. Surround yourself with people whose eyes light up when they see you coming.”
One of my favorite shots from the Tony Awards Rehearsal.

Holding it down backstage at the Lyceum!

Be the first to know and let us send you an email when Cherie B. Tay posts news and promotions. Your email address will not be used for any other purpose, and you can unsubscribe at any time.

Send a message to Cherie B. Tay: 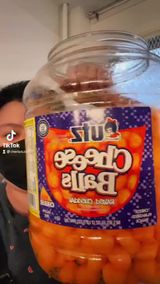 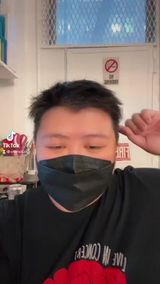 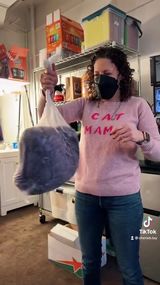 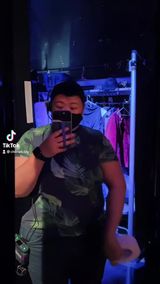 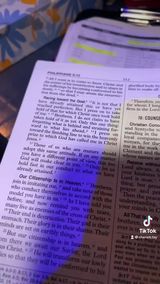 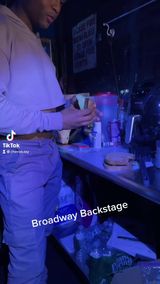 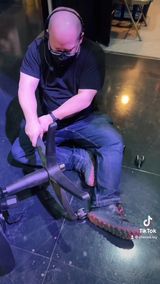 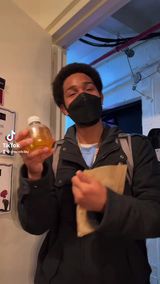 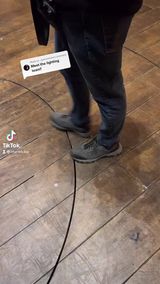 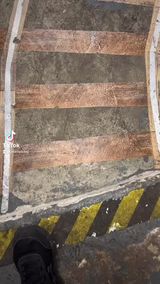 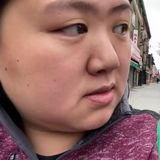 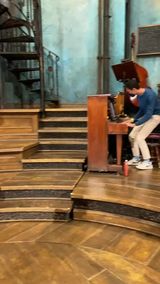 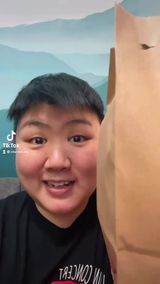 #Hadestown Stage Manager extraordinaire, Cherie B. Tay, participated in Playbill's "Celebrate AAPI Joy" photoshoot for #AAPIHeritageMonth! 📸: RebeccaJMichelson
Leviathan Lab is proud to be a co-producer on CollaborAzian's incredible upcoming July 2021 abridged concert of A GENTLEMEN'S GUIDE TO LOVE & MURDER directed by Sesame Street's Alan Muraoka, music direction by Steven Cuevas, and starring Cindy Cheung (13 Reasons Why), Karl Josef Co, Diane Phelan, Ali Ewoldt, and Thom Sesma. Thanks BroadwayWorld for getting out the word about this amazing benefit concert in support of Stop AAPI Hate. Leviathan Lab is thrilled to be collaborating with a powerhouse producing team that includes Jessica Wu, Rob Laqui (The Industry Standard Group), Jeremiah Abraham (Tremendous), Pearl Sun, Anne Fraser Thomas, Miranda Gohh (Theatre Producers of Color), Jennifer Ogasian, and Cherie B. Tay. Learn more about this amazing project and contribute to it here: https://bit.ly/aapigentlemensguide
From Actor Rob McClure's video series, Conductor Cam, comes this wonderful video to mark the one-year anniversary of theater being closed down on March 12, 2021. Places are being called by Hadestown Stage Manager Cherie B. Tay who opens the video with a call to places, then checks in with all the backstage technical departments and front of house, (with some all-star Broadway backstage talent) before handing the show over to conductor McClure. We at Stage Directions can’t wait for the ghost lights to be turned off and all of us getting back to work in the theater safely and securely for everyone. Enjoy! #March122021 #ItsJustIntermission #StageManager Cherie B. Tay #RobMcClure
🥺💖😭 Thank you so much to Rob McClure & Cherie B. Tay and to all of the artists who contributed to this video!!!!
Our Women to Watch list - Congrats to our sisters in solidarity - Looking at you Jenny Koons Jesca Prudencio Jessicahuang Cynthia Tong, Cherie B. Tay- high time to shake things up... http://bway.ly/vkxxnr#https://www.playbill.com/article/broadway-womens-fund-releases-2nd-annual-women-to-watch-list
We are voting because our future depends on it. What is your voting plan? Watch Lights Up on Voter Mobilization feat. Broadway mobilizers and leading experts: www.broadwaygreen.com/vote Join these stars in taking ACTION: Annaleigh Ashford Alex Brightman Lisa Dawn Cave Ann Harada Capathia Jenkins Jose Llana Lesli Margherita Michael McElroy Jessie Mueller Lauren Patten George Salazar Cherie B. Tay Tamara Tunie NaTasha Yvette Williams Vanessa Williams Written by: Molly Braverman Video: David Alpert Music: “Dawn Chorus” by Alex Hawthorn
You loved Hadestown stage manager Cherie B. Tay’s viral video. Now, get a personalized video of Cherie calling YOU to the stage. Announce a special event, celebrate a birthday, or just brag to your friends. Click here to buy now! https://virtualbway.com/book-now-2/ols/products/video-chorus-level
For everyone that's missing those pre-show stage calls... Cherie B. Tay https://www.youtube.com/watch?time_continue=1&v=BJMjHoZBMYw&feature=emb_logo
Anais Mitchell built our kingdom through her songs. (📸: Cherie B. Tay)
There’s just nothing like a post-show jam session. (📷: Cherie B. Tay)
#Repost Cherie B. Tay: "Legendary."
The Walter Kerr, minutes before we’re joined by our audience of gods and men. (📷: Cherie B. Tay)