The latest from Variety Content Studio -- our package on Rome's fabled Cinecittà Studios, once known as "Hollywood on the Tiber," as it retools and expands for the 21st century.

Rome’s legendary filmmaking hub is getting an update for the 21st century — and anchoring Italy’s plans to regain its role as a center for world-class global production.

Variety's Easterseals "Abilities Unlimited" advertorial campaign made Pressboard's list of top brand partnerships for 2018. They called it "hard hitting" -- one of the best compliments they could have paid it, as far as I'm concerned. It was a labor of love for me (as editor) and for the entire Variety Content Studio.

Very proud of my team of writers, page designer Danielle Grimes, photographer Michael Buckner and the gang at Modus Operandi who designed the digital hub.

An incredible amount of branded content was created in 2018, so we highlighted our 50 favorite content campaigns that best exemplified our growing industry.

Variety was named gold winner at the PR World Awards for marketing achievement of the year. The ceremony was held in San Francisco on July 30. The award recognizes marketing teams that reach audien…

The latest episode of "Meet the Makers." Someday, I've gotta have tea with Meaghan Wilbur.

Meet the Makers: ‘Heaven is a Traffic Jam on the 405’ Editor Ting Poo

Meet the Makers: ‘Heaven is a Traffic Jam on the 405’ Editor Ting Poo

Standing Up for the Autism Community, On Screen and Off

From Variety Content Studio: Sony's sponsored report on "The Good Doctor" in this week's Variety.

Though an estimated 3.5 million Americans (and 67 million worldwide) have Autism Spectrum Disorder, they’re not often depicted by Hollywood.

Shot on location at Intel’s activation in Park City, UT, the Variety/Intel series offers a deeper look at the convergence of creativity and engineering in entertainment. Key Intel leaders and top independent filmmakers come together to showcase how Intel is inspiring the storytellers of tomorrow.

The latest from the Variety Content Studio:
http://feature.variety.com/intelsundance/#therevolution
That's Eliza McNitt, whose VR project "Spheres" just got acquired out of Sundance.

Shot on location at Intel’s activation in Park City, UT, the Variety/Intel series offers a deeper look at the convergence of creativity and engineering in entertainment. Key Intel leaders and top independent filmmakers come together to showcase how Intel is inspiring the storytellers of tomorrow.

Karen Baker Landers and Per Hallberg: Sound Editors Argue Their Way to Their Art

Sound editors Karen Baker Landers and Per Hallberg have been working together for 30 years. They’ve created sound effects for hit movies together, won Academy Awards together, and spent countless h…

Variety has been nominated for 32 National Arts & Entertainment Journalism Awards presented by the Los Angeles Press Club, including one for the best entertainment publication and one for best … 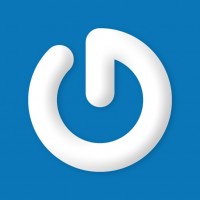 Well, this is pretty darn cool, if I do say so myself. http://variety.com/variety-500/

Variety500 is an index of the 500 most influential business leaders shaping the global $2 trillion entertainment industry. Updated annually, the Variety500 reflects the accomplishments of its membe…

The first in our new series, "Compelled to Create." One of my babies. Let us know what you think in the comments.

'Mr. Mercedes' Uncovers the Monsters Within Us

'Mr. Mercedes' Uncovers the Monsters Within Us

Inside Jeffrey Katzenberg's Plan to Revolutionize the Entertainment Business

Inside Jeffrey Katzenberg's Plan to Revolutionize the Entertainment Business

Jeffrey Katzenberg reveals his audacious plan to supercharge mobile entertainment with high-end content. "Is it bigger than DreamWorks? I hope so."

‘Pirates of the Caribbean 5’: Behind-the-Scenes of a Scoring Session With Geoff Zanelli

Very very excited about this episode, very proud of this work.

“Pirates of the Caribbean” gets a new composer, Geoff Zanelli, with the fifth installment of the franchise, “Dead Men Tell No Tales.” Variety’s Andrew Barker takes you…

The Art of Ghost in the Shell

My new book has four 5-star reviews on Amazon. Love seeing that.
#Amazon

Pre-order Price Guarantee. | The Art of Ghost in the Shell

My next book is up on Amazon.
#Amazon

In my new role as Digital Features Director, I work on all kinds of fun video projects. Variety Content Studios produced this piece on Nickelodeon's new HQ.

Randi has been my friend since high school, when we did a ton of theatre together.

The Staging Concepts Seating Wagon in Northrop Auditorium at the University of Minnesota in Minneapolis moving into place.Make your theatre more versatile with convertible staging and seatingFew performing arts venues have the luxury of being one thing or the other. A concert hall may also need to p...

Artisans So White? Minority Workers and the Fight Against Below-the-Line Bias

Artisans So White? Minority Workers and the Fight Against Below-the-Line Bias

Americans are reminded in daily headlines that the nation’s original sin of racism is far from expunged. In Hollywood’s own backyard, that reminder came earlier this year in the form of the #Oscars… 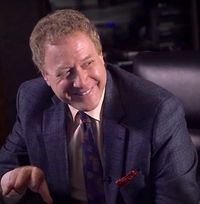 Very excited for all 13 of the Emmy nominees who have been on Artisans video this season. In 15 episodes since Season 2 started in April:

So I was going to tell you to re-watch our episodes on the nominees, but just watch all of 'em!

Game of Thrones visual effects: Inside "Battle of the Bastards."

#GameOfThrones is submitting "Battle of the Bastards" for the special visual effects Emmy. We at Artisans got our hands on their submission reel, intereviewed vfx producer Steve Kullback and vfx supervisor Joe Bauer, and made this: 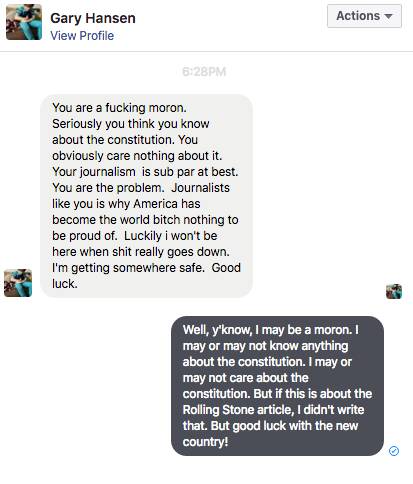 Another David S. Cohen wrote an article for Rolling Stone advocating repeal of the 2nd Amendment. So this happened:

I've done a lot of stuff. I've seen my name onscreen as the writer of a "Star Trek" episode. I've held my published books. I've had cover stories and directed plays and won awards. But the single thing that gave me the greatest thrill was walking in the stage door of a Broadway theater and having the doorman say "Hi, David." So it's very exciting to me to finally get the Artisans video series to Broadway... sort of. The amazing Jenelle Riley hosted this interview with Tony-nominated designer Clint Ramos. Really great stuff.

Clint Ramos is nominated for a Tony Award for the costumes for “Eclipsed,” the Broadway play starring Lupita Nyong’o, and designed the play’s sets as well. Ramos joined Vari…

'Deadliest Catch': Behind Most Cinematic-Looking Season

Will Ferrell and Adam McKay were both hired for “Saturday Night Live” on the same day in 1995, but no one could have predicted the wildly successful partnership that would ensue. Though Ferrell has…

Makeup designer Bill Corso is one of the best in the business, and he was on top of his game as he transformed Bryan Cranston into President Lyndon Johnson. Watch this video to get the scoop. And look for a special appearance by Bryan Cranston's head. Sort of.

Be the first to know and let us send you an email when David S. Cohen posts news and promotions. Your email address will not be used for any other purpose, and you can unsubscribe at any time.